How much RAM you got?

i only went 32 because i have a feeling ram prices will be going up.
D

With higher density chips in production we should start seeing a drop per GB in RAM prices as 16GB single rank sticks with half the number of chips become more readily available.

Used 4x4GB for a few years, then 2x16 before finally settling on 4x8GB. No difference in system or game performance - not that any was expected. My main takeaway is Hynix CJR ICs are much better overclockers (on Intel plaforms anyway) than people give them credit for, though it could be they are too busy creaming their jeans over Samsung b-die to notice.
D

viivo said:
My main takeaway is Hynix CJR ICs are much better overclockers (on Intel plaforms anyway) than people give them credit for, though it could be they are too busy creaming their jeans over Samsung b-die to notice.
Click to expand...

What is your latency in AIDA64? as I find that matters more than anything for CPU limited game performance. 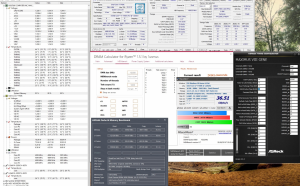 UltraTaco said:
I have 8gb and I cnt even manage to fill it up. To be honest, 3gb was fine before. I look at pictures, listen to music, and create word documents.

If I ever need more ram, I cn get a free stick of ram by bumping up my page file. Genius.
Click to expand...

64GB in my main desktop. Next build I’m hoping to bump that up to 256GB

When I went 32 GB three years ago I thought it was frivolous, a luxury. Primarily gaming with an occasional need to run 1-3 VMs. Hindsight tells me I was correct but I wouldn't give it up either. Having the memory for large RAM drives is nice for testing networking and disk components also temporary virtual disk storage. I can do most of that using SSDs but life is better using RAM. I don't see the need for more than 32 GB for the next couple of years.
N

I went up to 32 GB last year from 16GB and can I tell a huge difference? Not really, but I suppose it is just a comfort thing with some people including myself.
D

Niner21 said:
I went up to 32 GB last year from 16GB and can I tell a huge difference? Not really, but I suppose it is just a comfort thing with some people including myself.
Click to expand...

Windows can make use of it in some ways? Or not?
D

I have this much RAM. 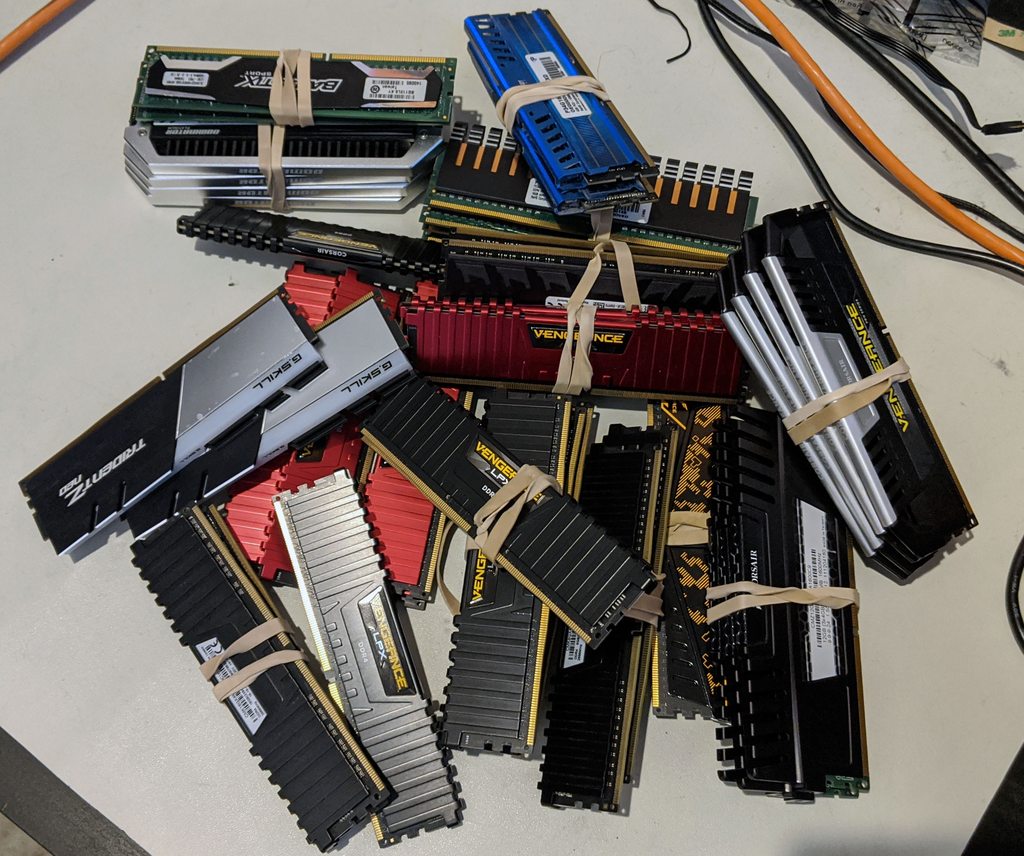 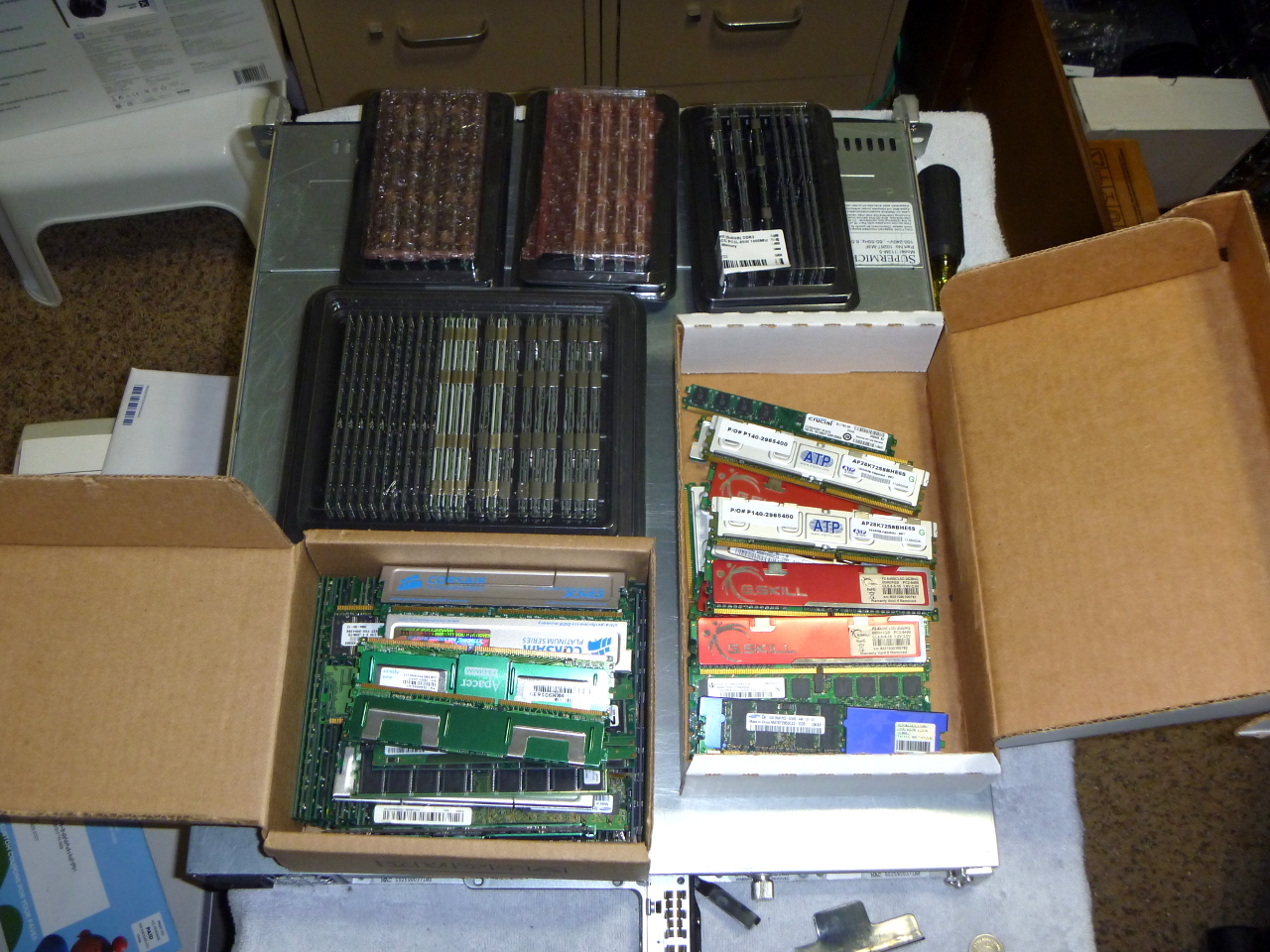 Dan_D said:
I have this much RAM.

you have an Vengence DDR3 1600 2x8GB sticks for sale to stick on my Plex Server? 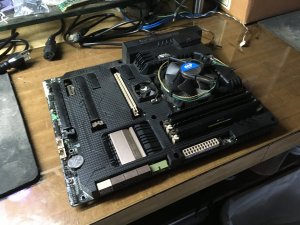 blackmomba said:
Honestly there has to be some sort of conspiracy between memory makers and software developers because everything uses more RAM than it should need

These fucking game clients are a dime a dozen, can't get a game without needing a new store client.

Discord and the rest of the bloat apps sucking my resources dry for no reason
Click to expand...

Advances in hardware have always been used as cover for shitty coding. If coders used the skills that were required back in the 8bit days when every byte was sacred...man games would be amazing.

I selected 16gb because that's what I run in 2 of my desktops. I run 8gb in my other 3 desktops, and I run 96GB in my home server... wasn't really sure which box you were asking about. I think my laptop only has 4gb... so I guess my answer is that I have your entire chart just about covered, lol. I still haven't had a use to go over 16GB in my desktop. My server never even comes close to using 96GB and was working just fine at 24GB before I upgraded.
K

Running 144gb on mine. Using as a gaming and server.

16GB. Never had a reason for more. I tend to work pretty lean (only a few programs/tabs open at a time) and my gaming/multimedia habits don't benefit from more.
E

16GB DDR4 2133 right now. Not really feeling this limit too much, but I like overkill / overhead especially since I do play around with VMs and other stuff from time to time, and it does seem like games are eating more and more RAM these days.

Wanting to upgrade to 32GB but have to replace the 2x8GB with 2x16GB sticks because of my CPU cooler blocking a slot so it's more expensive (basically 2x price) of an upgrade than I'd prefer right now, looks like $120-160 no matter what.

Maybe I'll toss up a WTB thread soon to see if I can snag a deal. If I can eventually find a nice a 2x16GB set under $100 I'll probably grab it. That or I could just go ahead and pay the premium and sell some old parts to make up the difference. /shrug

Running 32GB in my main 3900X system. I did not really feel that I needed more than 16GB for gaming, etc, but I wanted to be able to take advantage of all these extra CPU cores and run 4+ VMs at the same time.
A

My personal workstation only has 32GB since its iTX and I couldnt really justify 32GB sticks when I built it over 3 years ago.
S

Started with 16 and figured why not double it..

Planning on getting 32gb in my laptop, had 8 in my last one which was also the maximum allowed.

32 gigabytes for me to go along with my 3900x. Both are truly overkill for my needs.

I ended up with 48GB. Got 16GB when I built my system and ram prices were at an all time high. (2x8GB) Bought 32GB later when ram was super cheap. (2x16GB) Just added it in instead of replacing, because, why not.
I use about 16GB* of it as RAMcache, and my system doubles as a media server so its nice to have extra ram for stuff.
6GB for OS cache,
6GB for game cache
4GB for media drive cache.
Last edited: May 4, 2020
W