defaultluser said:
No, you implied the 3950x would be slower than the 3960X because games love more low-latency L3 cache.


defaultluser said:
The better performance vs Threadripper 2 was already expected, as the memory controller is NOT BROKEN NUMA. The improved cache is just a slight bonus to keep these new units better fed UNDER CORNER CASES.
Click to expand...

Yeah, but it's still broken. Uniform addressing, but not uniform latency.


defaultluser said:
EPYC has already shown us how well the new memory controller scales, so I'm surprised you're so easily impressed.
Click to expand...

Removing the memory controller from the CPU, which incurs a tremendous increase in latency, while also increasing the performance isn't impressive?

So i snagged a 3950x and am picking it up after work. It was 1 of 4 that memory express had Canada wide and everyone else gets back order hell i guess
P

Just got an order cancellation email from Microcenter due to no product availability.
Guess I wasn't so lucky after all
V

Or if you really want multiple systems, just buy a second case?
Click to expand...

Thanks for your words of Wisdom. The point of my comment was that you can have two systems in one case...just saying that's pretty cool and the case isn't huge.
Last edited: Nov 25, 2019

defaultluser said:
I'm not so sure. TechSpot runs a ton of new games at CPU-limited settings, but the only game where the 3960X enjoys a noticeable performance improvement over the 3950X is Shadow of the Tomb Raider.

For every other game, the L3 cache does nothing spectacular, and the winner varies from one game to the next (advantage never exceeds 5%).

That's a $650 premium for a corner case in gaming. I just don't see it getting any bigger (or any more common).

Unless you can see another use for those extra 8 cores, I wouldn't bother.
Click to expand...

The benefit I see from the cache is that it in many cases appears to erase the 200mhz clock deficit the 3960x has when compared to the 3950x.

In most of those benchmarks these CPU's are within one or two FPS of each other, which is really nice.
V

IdiotInCharge said:
Removing the memory controller from the CPU, which incurs a tremendous increase in latency, while also increasing the performance isn't impressive?

This is one of the things AMD really hit a home run on. Absolutely fantastic job. They mitigated the worst of the penalties of moving to the chiplet + I/O die model, and made core scaling as easy as bolting on moar chiplets (at least up to 64 cores), and still preserved vastly better single-threaded performance over previous gen, and near (but not quite) comparable single thread performance to Intel. Anyone who is disappointed by this is being completely unreasonable.
T 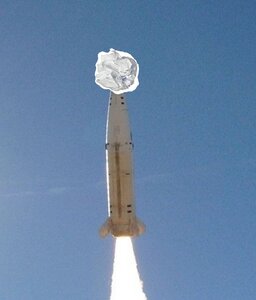 I wonder if they had stock and just sold out, or it's just a placeholder.
B

My order from Canada Computers didn't ship today, if it doesn't ship tomorrow I'll start to wonder if it was backordered.

DuronBurgerMan said:
3950X is on newegg, but out of stock.

I wonder if they had stock and just sold out, or it's just a placeholder.
Click to expand...

DuronBurgerMan said:
3950X is on newegg, but out of stock.

I wonder if they had stock and just sold out, or it's just a placeholder.
Click to expand...

they had some in stock, mine shipped today

eBay's got some in stock now, just saying, (none are mine)

erek said:
eBay's got some in stock now, just saying, (none are mine)

they're making several hundred dollars in proceeds
Click to expand...

Yep, and as long as people pay up, they'll keep doing it
W

Zarathustra[H] said:
Yep, and as long as people pay up, they'll keep doing it
Click to expand...

At least there's none on ebay UK!

Wait until you fire it up and realize the board's DOA. Will be fun disassembling everything!

Wait until you fire it up and realize the board's DOA. Will be fun disassembling everything!
Click to expand...

What do you think this is the Verge? The board was tested with my 3600 and updated BIOS prior to installation, always test outside of case first.
M

Vader said:
What do you think this is the Verge? The board was tested with my 3600 and updated BIOS prior to installation, always test outside of case first.
Click to expand...

You're better at this than me. In my excitement, I assemble the rig in the case
D

erek said:
eBay's got some in stock now, just saying, (none are mine)

mda said:
You're better at this than me. In my excitement, I assemble the rig in the case
Click to expand...

I don't. Every board that goes in my system is one I previously reviewed, so I already had it on the test bench at some point anyway.
D

erek said:
they had some in stock, mine shipped today
Click to expand...

Zarathustra[H] said:
It's kind of bullshit that people let them get away with it.

Any we'll run business doesn't launch a product until they have adequate launch quantities to support predicted demand
Backorders happen, but that's when you have unexpected production or distribution issues, or your prediction is off.

If you are launching and you know you have insufficient quantities to support demand, you are not doing it right.
Click to expand...

I hear you but this is different to production constraints where you can easily add another dozen CNC machines or contract it out.
A fab like TSMC has a laser so big it can only be mounted on the first floor. That's rare in manufacturing. Like a 20,000 Tonne press.. giant ass machinery that exists on the ground level only for a reason.
I have designed some lasers which are 3rd harmonic and they are not too bad. This laser is like.... probably 8th-10th harmonic or more? I can't be assed working it out (EUV isn't my area) but it's a hugely inefficient process and such lasers for power they need for the reticle size would be enormous. Like... starting with 10kW and ending up with a few hundred or so at most... efficiencies are stupid bad.
Building one of those lasers would take a year or more depending on volume.
Then you have the actual machines where the patterning process takes place.. the production line behind and in front of it.. now you are looking at years and 10s of billions of investment, just because your customer 'might' need more capacity and has to forecast that years ahead.
This is the reason why semiconductor launches always do this.
Yes sure, they can risk making extra capacity, then what say Intel drops 3nm early and kills your customers market completely? They will pay you a penalty fee (GF anyone) but you won't get it all back in the 10s of billions. These new nodes are incomparably expensive vs 14nm and above.. Basically, the risks are too high to have sufficient stock.
People were already bitching about the wait for the 3950x - you want them to wait till Q2 2020 just so it doesn't sell out? Then you'd be bitching your only option is the lukewarm (aside from TDP) 10980x...
It's easier to just have less capacity and produce and sell all you can from a business POV.
It sucks... but if you want a 3950x one member here has one (and indicated in this thread on page 4) they would be more than willing to sell to you...

Good luck!
I'll be waiting till Jan or late Dec to move at this rate and I don't expect to be able to get one other than cashing in a favour at a local computer store where I have been a very long term and good customer for.
D

After all the salt last night man? You are insane!
T

Im gonna laugh at those that pay 1k 1.5k 2k for a 3950x. Watch as a freight ship full of them are released on to the market

But this is a purely paper launch so that will probably not happen.
Last edited: Nov 26, 2019

doox00 said:
yep. I have a complete system here waiting for the cpu and its worth a couple hundred bucks to just get one and not have to try and "win" one coming in and out of stock. 3900x's are still in and out of stock even.
Click to expand...

Surely 1000 isn't the absolute max you're willing to pay, but just the very start of a negotiation, right?
D

not even 1100? what about the fact of covering the insurance and signature fees for shipping and handling?

I'll get mine when I get it. At or near MSRP. For now I still have a ton of mods to do to my build before I'm even ready to deal with the CPU. Designing and 3D Printing parts takes time, especially when you're halfway through a design or print and think of a better way to do what you're going for...

erek said:
not even 1100? what about the fact of covering the insurance and signature fees for shipping and handling?
Click to expand...

Erek don't be greedy. You can count your good fortune at being able to get one.
D

I understand if you would rather keep it or put it up on ebay. I am willing to pay 1000 max shipped via priority mail (I am in the continental us).

notarat said:
Erek don't be greedy. You can count your good fortune at being able to get one.
Click to expand...

it was a lot of work to get this cpu, i don't really want to sell it at all