CrimsonKnight13 said:
I hit 91% completion at 74 hours (I think...). I'm not sure if I should get around to doing the Cyrene arena & the Hippodrome races. I hate fighting the elephants, so I'll skip that for a long while.
Click to expand...

Fighting elephants is piss easy. I had 2 bows w/ health on hit and a blunt with health on hit. Was pretty invincible.

KickAssCop said:
Fighting elephants is piss easy. I had 2 bows w/ health on hit and a blunt with health on hit. Was pretty invincible.
Click to expand...

I had only tried using poison on hit that didn't get me very far. I'll have to try health on hit then.

Finished my playthrough. Game vastly improves as you expand Bayek's skillset and familiarize yourself with the gameplay. 71 hours. Final ranking:

Origins takes the lead over the others for a more complete open world, and yes, a better story. Black Flag had slightly more content, and sailing to break monotony.

I've posted a lot about this game so my final thoughts in bulletpoints.

* Combat never got any more enjoyable. I played the game 99% stealth anyway, so it doesn't matter that much. I did enjoy the arenas, though.
* Senu is over-powered.
* Aya should have been the main character, in that case I would say she could've been the best protag in the ENTIRE series. Easily one of my favorite characters in a video game in a long, long time. Evie was fantastic too -- Ubisoft is really great at writing female leads.
* Too many quests involve "save NPC from cage, carry him to freedom". Why did I have to carry so many people?!
* My favorite storyline in the AC series, however the bad pacing really brings it down.
* Bayek + Aya's relationship was phenomenal. There's not a lot of husband and wife duos in games, it definitely stands out here. Really great VA's too.

Also can someone tell me why Khemu is so important?! Never got that.
K

Khemu was their son who got killed lol.

KickAssCop said:
Khemu was their son who got killed lol.
Click to expand...

Duh. Why did the Templars want him so bad? They reference him a lot during the campaign.

TaintedSquirrel said:
Duh. Why did the Templars want him so bad? They reference him a lot during the campaign.
Click to expand...

Order of the Ancients... Templars don't exist yet, at least not in the form they came to be known as.


They used Khemu as a way of hoping to destroy the last of the Medjay & take control of Egypt/Libya/Rome (Flavius was the mastermind of this). Septimius was the one that killed Khemu with Bayek's blade.
Correction for a previous post: I actually completed the game at 96%. I still can't do much against war elephants so I think I'll be good to go for a while until more DLC is released.
Last edited: Dec 20, 2017

TaintedSquirrel said:
Any word on New Game+ ?
Click to expand...

I haven't heard them say anything about one. I know they'll be adding a mode where you can just go around the world and learn about Egypt and stuff, but that's all I've seen them say about new modes.
K

When can I do Anuibus trial? I need to finish that shit so can uninstall.
B

I picked this up a couple days ago, and I'll have to say I'm very impressed so far. Movement, fighting, and parkour are all very smooth. The quests and combat are enjoyable.

You definitely can tell that Ubisoft looked hard at The Witcher 3 and implemented a lot of that game's design. I get a heavy The Witcher's Creed: Origins feel.

I always thought it would be nice if the game allowed you to choose which protag.
I'd definitely play through again as Aya.

edit: If you want a good laugh, read the whole chain of tweets. Really goes down the rabbit hole.

I would prefer to play entirely as Aya
Q

polydiol said:
I would prefer to play entirely as Aya
Click to expand...

I won't be surprised to see her possibly featured in some kind of future DLC content for this.

polydiol said:
I would prefer to play entirely as Aya
Click to expand...

Bayek was the sidekick in this game and for some reason Ubisoft thought it was a good idea to make him the playable character. All of the game's initiative came from Aya.

It felt narratively inbalanced. Imagine a Batman game where you play Robin 90% of the time. They are a great duo but one is clearly more important than the other.

Also, unrelated, Bayek has no personality. No surprise there, Ubisoft loves cardboard protags. If the roles in this game were flipped, Aya would go down as the best protag in the series 2nd to Ezio (who had 3 games).

any hints as to the setting for the next AC game?...hopefully they don't go back to the yearly release schedule...
Q 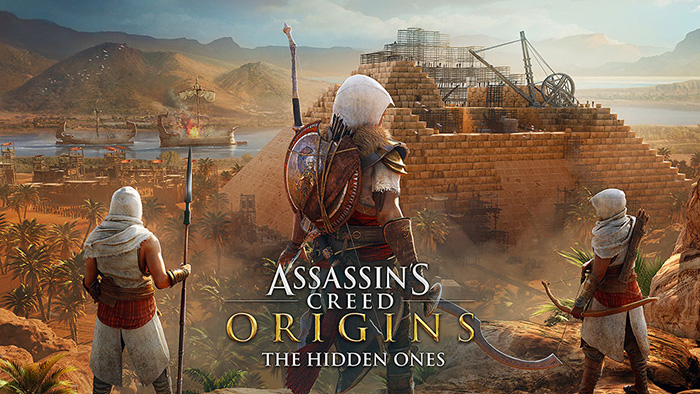 We hope you enjoyed the festive season and best wishes for 2018 from the entire Assassin’s Creed team! Without further ado, here’s what’s in store for Assassin’s Creed® Origins in January.

A new title update will be released in January to add more content to the game. Here's what you can look forward to:

January marks the arrival of the first major expansion, The Hidden Ones. In this expansion, Bayek and the Assassins will clash with the Romans, who occupy an all-new region in the game.

Here's what you can look forward to:

Trials of the Gods

We hope one of your New Year's resolutions for 2018 is fighting the gods, if you haven't already! You'll be able to face two of the deities again this month. 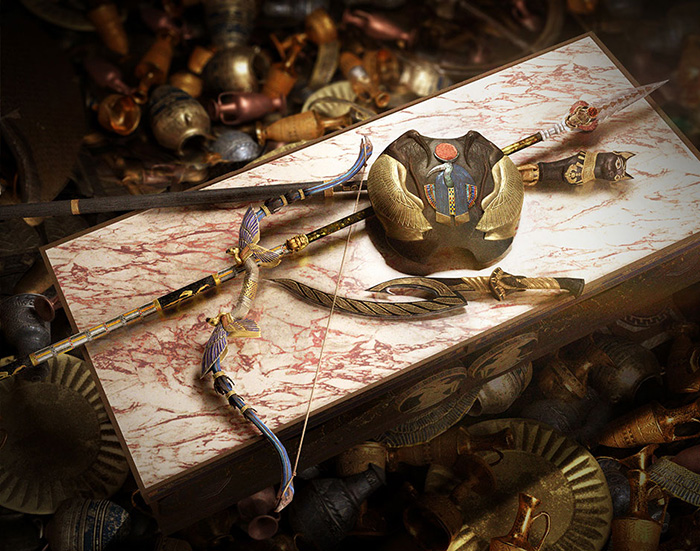 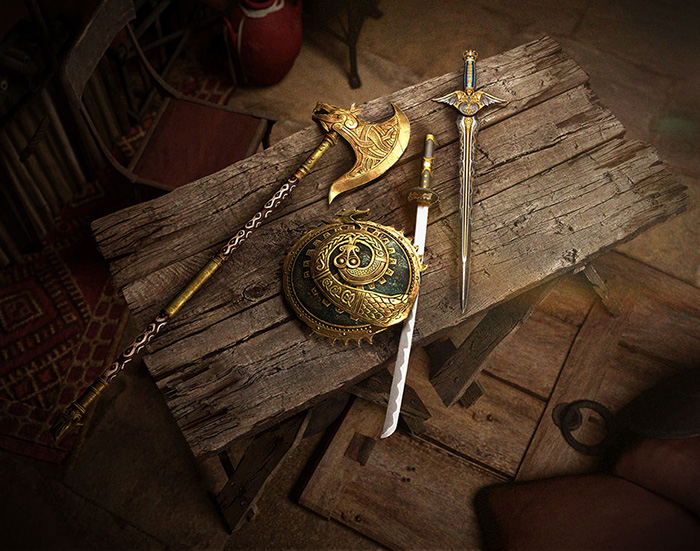 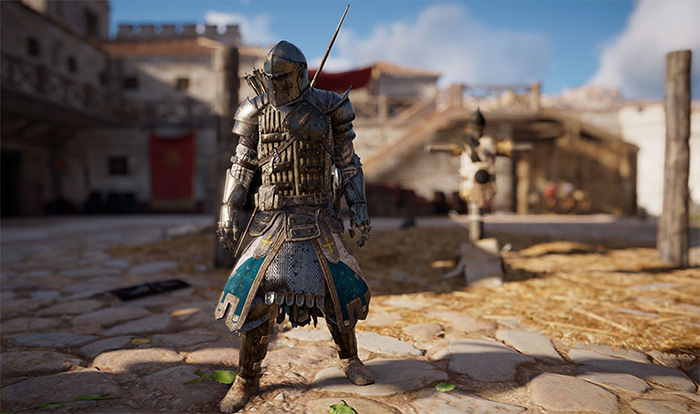 You can obtain this outfit as a Ubisoft Club Reward for 40 Uplay Units. 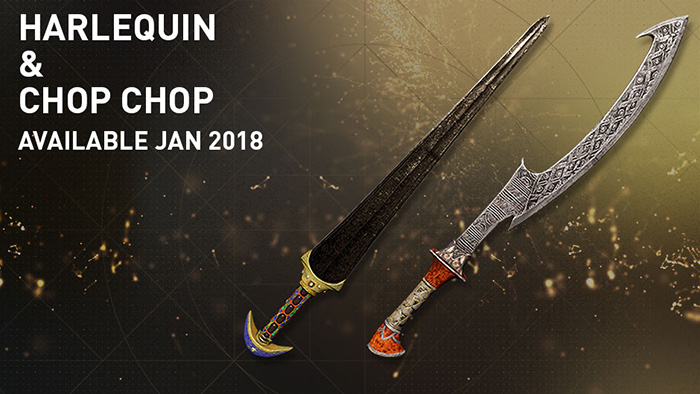 Good news! All players will be able to get the previously exclusive weapons in the Community Creation Contestas a Ubisoft Club Reward!
Click to expand...

This is such a great game. Every time I fire it up I’m impressed with the detail and story line.

Anything in there about NG+? Otherwise, not interested.
P

Thanks polonyc2 I'll be playing "Incoming Threat" before the expansion is released.

Patch notes for anyone that can't access the site

Please find the latest changes below.

Are the maps for the new regions available? Curious how much space they added.

edit, best I could find. 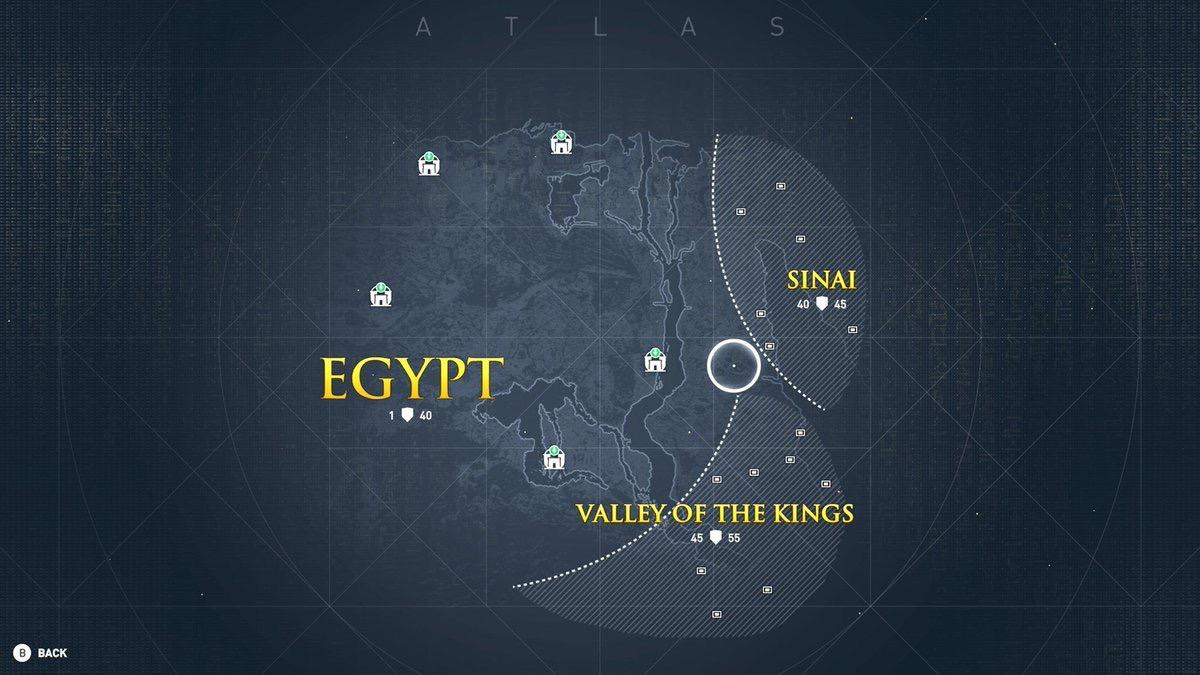 Hidden Ones DLC out now!

The Final Fantasy bonus is pretty nifty. That sword and shield are no joke.
C

i want the game but UBI games always take years to go down in price.

The Final Fantasy bonus is pretty nifty. That sword and shield are no joke.
Click to expand...

I'll have to start playing the DLC ASAP. As for the FF bonus gear, I have them equipped but I won't touch the faux Chocobo/Camel hybrid (too ugly with 4 legs).
Q

CrimsonKnight13 said:
I'll have to start playing the DLC ASAP. As for the FF bonus gear, I have them equipped but I won't touch the faux Chocobo/Camel hybrid (too ugly with 4 legs).
Click to expand...

It's so ugly you have to see it for yourself and ride it once.

The only thing missing is the goofy chocobo music when you start riding it.

Q-BZ said:
It's so ugly you have to see it for yourself and ride it once.

The only thing missing is the goofy chocobo music when you start riding it.
Click to expand...

Ugh... I really wish they had released a true chocobo with 2 legs (even with the music & shrill calls of the bird). That'd be my preferred mount no matter what if we're going to be doing a true crossover. Seems Ubisoft failed with that though.

I'll give them credit for making the shield & sword worth my time though.
K

How that DLC?
Q

I think the DLC has been excellent so far. The open world questing does (inevitably) get a little bit redundant, but overall I think the game and the expansion are excellent.

It was good, too short for my liking though. I had it done in a day.
B

SeaFoam said:
It was good, too short for my liking though. I had it done in a day.
Click to expand...

It's definitely DLC, and not an expansion. It was good, but it was short.
P

I want to like this game but I'm finding it extremely repetitive and logging in to play is getting more difficult and I'm not staying logged in very long.
J

braamer said:
It's definitely DLC, and not an expansion. It was good, but it was short.
Click to expand...

Q-BZ said:
No zzzzs for me. I got a good 15 hours or so out of it. It depends on how thorough you are.
Click to expand...

its open world? how thorough i have to be?
Q

JRUHg said:
its open world? how thorough i have to be?
Click to expand...

Yes open world. Be as thorough as you want. It's up to you.
J

Q-BZ said:
Yes open world. Be as thorough as you want. It's up to you.
Click to expand...