What was the first computer you owned ?

It all started for me with a Amstrad CPC having to load tapes
Last edited: Dec 11, 2017
R

Ditto. Technically my parents owned it but I used it all the time.
D

Followed by the Amiga 500, still my favourite to this day.
N

I bought my first PC in 1988 AFTER I graduated from college with my B.S. I really needed to get one while in school. I can remember driving to a local computer shop quite often to drool over the Leading Edge Model D they had while I was in college--just couldn't afford it.

When I got out of school and started earning a paycheck, I was finally able to get an IBM PS/2 Model 30 286. My best friend's father was the principal of a middle school, and he let us tag along onto his order for his school for the educational pricing. I think we ended up paying about $2300 for each system. It had a sweet 12" VGA monitor that was amazing to me at the time--I'd only seen the green or amber monitors our word-processing people were using (the engineers didn't do their own typing in those days). The computer had a 20 Mb hard drive--IBM wanted an additional $700 to upgrade to a whopping 30 Mb hard drive. 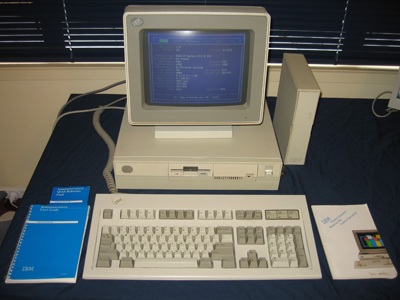 That I PERSONALLY owned?
IBM XT-Compatible 5-1/4" drive and full height 10MB hard drive. SO glad my uncle steered me away from Apple...
Before that, my parents had multiple computers, mainly for work, but some gaming and the like could be done.
2

It was a Seanix 486-DX 66. Mother ordered it for me through some catalog. It played a mean game of DooM.
R

Pulled the dinosaur out of mothballs last Spring with plans to get it running again for old time sake. Then the weather got nice and decided to spend time outside instead. Actually still have all the software. Even found the IBM 12.9gb HDD which tests OK. Never opened the Win95 pack. Went over to Win98 almost immediately.

To think I paid almost $2,500 for it with 20" Trinitron monitor. Checked off all the top end components on the Dell site at the time. Three days later it was at my doorstep. Friends were amazed how fast it was. One even came over just to see how this new nVidia thing worked. Like a lot of people at the time, he thought you needed a 3dfx card to render 3D games. Funny to see how things are now. 3Dfx is looong gone and nVidia rules the world.

The 1st computer I buy and use its IBM Pentium 2.
V

The first computer my parents got for me was by AST with a Intel 386SX 16MHz, 40MB (before Stacker) hard drive with a VGA monitor.

The first computer I bought with summer job money was by Quantex with a Intel Pentium 90MHz, 500MB hard drive; circa 1993?
N

Leading Edge XT compatible with a whopping 512k of ram, and an orange monochrome monitor. Had a huge 10 MB hard drive and 360k floppy drive. The 9 pin Epson dot matrix printer cost almost as much as the computer. 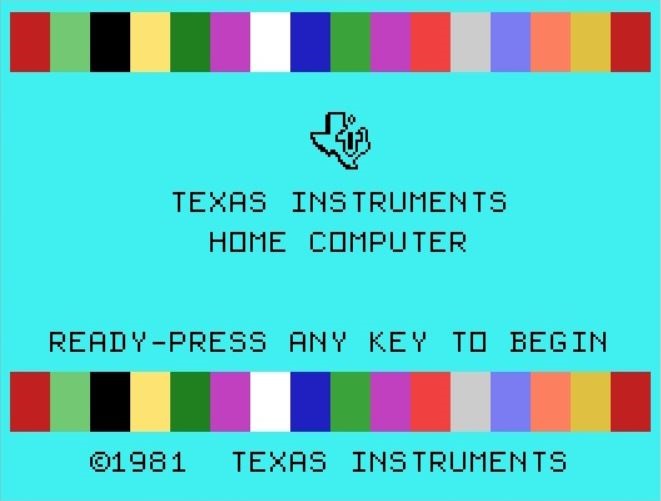 My grandpa had a Commodore 64 which I loved. I asked for one and got a Texas Instruments computer that was lame.
J

Ultima99 said:
My grandpa had a Commodore 64 which I loved. I asked for one and got a Texas Instruments computer that was lame.
Click to expand...

We were low income and couldn't afford a computer, I was a late starter. First computer was a Celeron 333 when I was 20.
S

My first was a 486 DX- 50 Mhz
Was also very poor at the time and around 9 years old, so we had to buy that beauty used second hand!
T

Apple ][e with dual 5 1/4" drives sitting side by side and the old monochrome green monitor sitting on top.
S

Lol, TI home computer or whatever, then finally... Got an Intel 486 SX 33 (well parents got it, but was mine in 1992 or so)... 4MB of ram and a whopping 210MB drive. I still have the processor somewhere. I remember really flying when we upgraded the ram to 8MB.

I think after that AMD 486 DX 120 which I saved up for after screwing up the ps/2 port (frying part of mobo messing around with some joystick/keyboard combo). This is what started me on building my own since middle school, the good old DX 120, with 16MB of Ram.
E

Heathkit 386 that came in a kit that I built. Also had to build the amber monitior. Everything worked on the second try! Had to just go over the mainboard with the solder iron a second time.
S

Followed by the Amiga 500, still my favourite to this day.
Click to expand...

Sinclair ZX81 1K lol.
I borrowed a ZX80 before that, it was pants. Both had the worst keyboards ever, I wore mine out.
The first game that made me crap myself was 3D monster maze.
X

The first computer in my house was a hand-me-down 286 that was a throwaway from where my dad worked. I was in fourth grade at the time. Some very industrious employee had downloaded a copy of Wolfenstein 3D on it, and I can pretty much trace a dotted line from that game to my current career, and I'm in my mid thirties now.

MY first computer I built probably four-ish years later. I built it myself (badly) by ordering the parts out of the back of a catalogue. It was a Cyrix 6x86 166 Mhz CPU. It had 16 MB of RAM (I think), a 2.1 GB hard drive, and lived in some beige monstrosity of an AT tower. This provided some decent gaming improvements over my parent's 486 computer. Later on, I added a Canopus Pure3d 3DFX Voodoo 1 with 6MB of RAM on it, and I sold my Nintendo 64 the next week after watching Star Wars Shadows of the Empire run on the PC.
Q