What was the first computer you owned ?

The first PC I ever used was an Apple IIe.

The first PC I ever built was an AMD Athlon. I believe it was a Palomino chip. I remember getting maaaaaaaybe 50 MHZ overclock out of it, it ran really hot, and it was picky as hell. Ahhhhh... PC133. Those were the days... I upgraded it to a Barton mobile, which OCed like mad, I think I got a little over 450 MHZ out of it.

The first 'real' PC my family owned was a Dell, with a 1ghz PIII Coppermine CPU, Windows ME, and 128 MB of RAM. I think I eventually upgraded it to 512 MB of RAM on Windows XP.
G

Don't remember the exact model but it had Macintosh face logo on the splash screen, I was about 9 years old.
F

Does the Atari 800XL count . Learned some basic programming on that and asked for a programming magazine subscription in 4th grade. Never got a disk storage add on for it, so I had to code everything and try it out only to lose it when the system was shut off.
My next computer was a Packard Bell 486 25mhz system I bought around 1992 via layaway at Walmart (took about 8 months).
F

First one I ever bought was a Sinclair ZX80. It was supposed to ship in kit form but they ran out of kits so they shipped an assembled unit. IIRC the kit price was $99.

The first computer I ever got to use was an HP sumpthin-sumpthin time shared system that was connected to a DECWriter terminal via 110 baud acoustic coupled modem at my high school. Hundreds of games of Star Trek were played on that thing as well as ASCII prints of Spock, Kirk, and McCoy.

The first PC I ever got to use was a Radio Shack TRS-80 Model I with 1k ROM Level 1 BASIC / 4k RAM. The guy I was working for at the time bought it and we tried to write an inventory program with it. You should have heard the tape drive clicking like mad writing these tiny files to it. Finally gave up on it until he got the upgrade to Level 2 BASIC and 16 kb of RAM. Fun times.
S

First exposure to computers was the TRS-80 we had in the back of the classroom in 6th grade. We also had a 'lab' that had Apple IIe(?) that ran oregon trail.

First computer we actually owned--TI 994a, followed a few years later by a full out Commodore 64 outfit including 1541, MPS-802 printer and 1702 monitor. Still have all that stuff too. Added a second 1541 once we learned about games and disk copying and added an MPS-1200 (Citizen 120D) printer. Then upgraded to JiffyDOS. Shortly after, IBM 30-286 almost identical to the picture posted above, except we had that $700 option with the 30mb HD. Upgraded the heck out of it adding a 200MB SCSI hard drive, maxing out the RAM, and a 486slc processor upgrade so it could run win3.1. Built a 486 after that, a Cyrix p166 after that and then so many more systems that 50 dhcp reservations on our router doesn't even give all of them IPs.
S

jevans64 said:
Joined the local Commodore user group ( HACKS ) and learned how to hardware hack the C=64 and 1541.
Click to expand...

Not the 'Huntsville Area Commodore something something' usergroup based in Huntsville, Alabama?

I played Wolfenstein 3D, Doom (1,2), Duke Nukem (1,2,3), Stunts, Cosmo, Commander Keen, and SimCity on it. Maybe a few other games, forgot the names though. Doom and Wolfenstein struggled with it, but still managed to play them through. 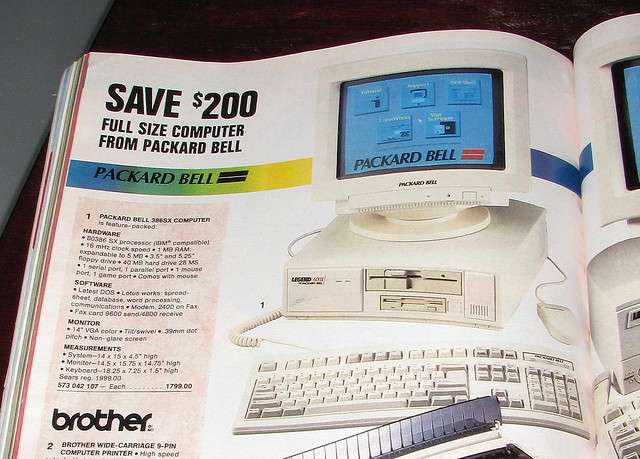 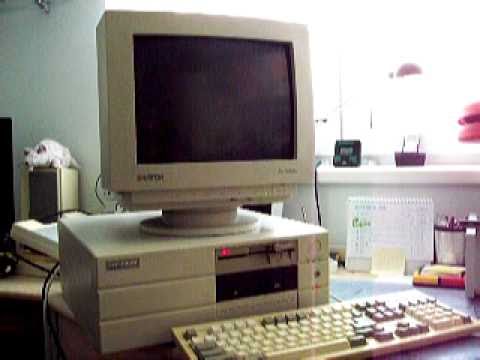 My mom used to drag home her work IBM 286 laptop back in the late 80's, but I don't think that counts.
The first one we got for our house was a Packard Bell 486/66. It was a steaming pile of questionable hardware and bloatware. It also cost something like $3,000. Yet I loved that POS.

That was my first and only "off the shelf" PC. My 2nd was a mom & pop shop built Pentium that I eventually just started modifying myself.
R

The first computer that was completely MINE?

I called up the local mom-n-pop shop and literally said "I'm a broke kid, what spare stuff do you have laying around in the back?" lol

I bought some sort of old Rendition V1000-based card from a buddy and was off to the races.

Compaq Desktop with an Intel Pentium 2 and Windows 98.

We rocked a Tandy. Tl2 1000 which made it to 96 when we got an NEC with a Pentium 90. It seemed like a rocketship by comparison lol. Funny thing is we still have the Tandy, 40 MB HDD and all, and it still works to this day!
N

I do, my first PC was a gateway P90 back in late 94 which got 5 years of hard use, I also upgraded the ram, graphics card, HDD twice, CD Rom drive and even overclocked it to 100mhz, I actually still have the base unit sitting on the floor in my man cave - I wonder if it will power up and boot?
S

Nathan_P said:
I do, my first PC was a gateway P90 back in late 94 which got 5 years of hard use, I also upgraded the ram, graphics card, HDD twice, CD Rom drive and even overclocked it to 100mhz, I actually still have the base unit sitting on the floor in my man cave - I wonder if it will power up and boot?
Click to expand...

As long as the cmos battery hasn't leaked and damaged anything, I think you've got a good chance it will work. Try it!

I still have a few Gateways including an M405 laptop that still works.
N

SamirD said:
As long as the cmos battery hasn't leaked and damaged anything, I think you've got a good chance it will work. Try it!

I still have a few Gateways including an M405 laptop that still works.
Click to expand...

I sense a weekend project coming on!

This was our family first: First build was a K6-III 450mhz which was blazing at the time.

Some Japanese Intel 286, 256k RAM, EGA Graphics, 20MB HDD...Well my dad was the actual owner with me being 5 years old (1995), but I learned a lot from the machine, and it gave me an incredible push in understanding technology and science, which is my career now. I could play Snake, Cards, there was also some drawing program. I knew how to overclock the CPU from the BIOS. Though I preffered to play my SEGA, it was very educational.
D

the mighty Sinclair Spectrum 48k with a generic cassetteplayer and a Kempston Joystick interface iirc. I have 5 of these nowadays ranging from Issue 2-6. An issue 3 is working rest of them have some issues...all of them lower RAM related is my guess. Someday I'll pull out my soldering iron and get cracking but for now they just sit in a box.

Peripherals, oh well, I lost count but there are a ton of interfaces in my box-of-a-lot-of-stuff. Worth mentioning there is quite the large community making 2018 tech compatible with the old speccy. Games are still developed in basements. Here, have a pic of my newely recapped, new faceplate speccy issue 3. Sorry for the potato quality. Need to learn how autofocus works.

edit: I was mocked and ridiculed 1984 when I bought this computer. Everyone else had a C64. "Lol look at that little guy go, what the fuck is going on with the aliasing?" Well....I didn't care because I had 2 friend who magically copied games for me on a double decker tape player. As it was, 50% of the time the copies actually worked, and 50% of the time they would tilt the speccy at 99.99%. Frustrating and yet fun times loading a game for 5 nervewracking minutes just to see it reset at the last second. Not to mention the keyboard membrane that had to be replaced all too often because overheating, but there I learned how to tinker with electronics. Good times

Nathan_P said:
I sense a weekend project coming on!
Click to expand...

first computer i can remember was the Hewlett Packard 75mhz(HP pavilion 5030) which burst into flames after about 6 months. but i'm pretty sure we had another computer before that because i remember learning how to use a computer on windows 3.1 but hell if i know what it was.