Maybe it won't be as tedious and uninteresting as the first Derpvision, but I bet there will be a metric fuck tonne of loot boxes and microtransactions though.

Usually the sequel to games are better IMO! unless they pull a destiny 2... which I've started to like Ubisoft. Lets see what magic they do!

Game like The Division should just go full MMO and release xpacs.. 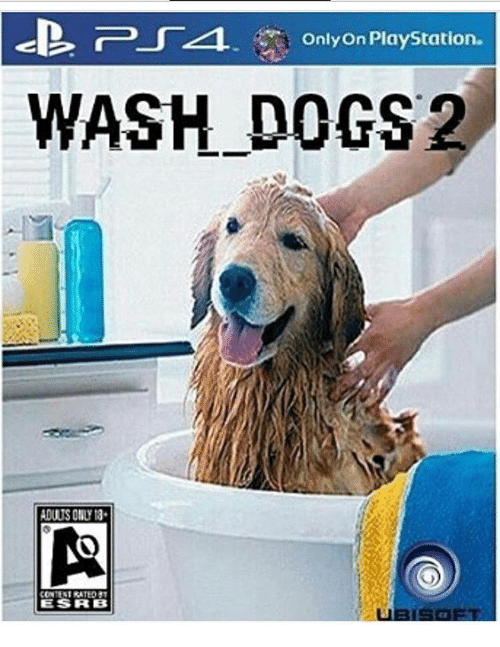 I'll be curious to see what they will do with it. I grabbed the first one at launch and ended up shelving it for about a year but then a friend and I played through it together and it was fun with 2 people. The setting had me hooked and it did a great job in my opinion of showing off the city in the winter after a major disaster like the green flu in the game.

Would have loved to of played more of the first, but literally had nobody to play with. Stopped after a week, I know I know... sad.. But I'm not going through this shit again
J

IdiotInCharge said:
Why do we need a '2'?

Aren't most MMOs PC only? I think they mentioned it on the State of the Game, that they've been updating and improving their Snowdrop engine, and it's makes sense to release a new game with their updated engine.

With their record breaking sales of Division 1 at launch, you know they won't just come out and say it, but releasing a sequel makes financial sense. No one could blame them for that.

On a personal level I'm excited for a brand new Division game, especially if it's going to be in a brand new city. Washington D.C. maybe?? As much as I love the Division, I'm down for a new grind.

Would have loved to of played more of the first, but literally had nobody to play with. Stopped after a week, I know I know... sad.. But I'm not going through this shit again
Click to expand...

I agree with you that the game is so much more fun with a group of people you know and trust, but it's totally playable as a solo. The game has come a long way since that first week of launch. I encourage anyone to pick it back up if they've neglected it or always wanted to try it out.
V

I'm excited for this. I wonder if they're going to choose a new city or continue to open up the rest of Manhattan. On one hand, it would be nice it they expanded Manhattan like Central Park but on the other hand, a whole new city would be nice too. See what the "Dollar Flu" has done to other cities in the US. I wouldn't mind Massive picked a city that takes on the West Coast like San Francisco for example.
B

I'd be fine with them just expanding what they already have because I enjoy the setting so much.

The only thing that matters here, truly, is if they are applying what they learned post-release to the sequel. I'm really hoping they did. And also I want the balance of PvE and PvP to be entirely separate but that's me wishing upon a star.
T

I want chaos. What I don't want is an mmo. I like the 1-4 person teams and would rather keep it this way.

i'm all in. absolutely love the first game. a new city to explore would be great but i'll take an expanded new york, or a different portion of the city as well.

I've had a blast with the PvE in The Division 1. Truly looking forward to playing 2 whenever it comes out. Just as others have mentioned, a new city to explore (LA [GTA5], San Fran [WD2], or Chicago [WD1] might do well enough) or an expansion of NYC would be great either way.
S

Yeah I'm okay with expanding NYC. I just want more areas to explore not really picky on city but a new city would be cool too as long as its a bigger area than the first is.
P

Ubisoft is focusing on making sure The Division 2 has more content at launch than The Division, as well as a better end-game..."We were surprised a little bit by how fast people consumed content on [The Division]," Ubisoft chief executive Yves Guillemot said during an earnings call yesterday. "So we've been working with the teams to bring a lot of content at launch and to be ready to continue to supply content a lot during the years that follow the launch. We are working hard to make sure we have lots of content available so people can stay in the game for the long run."...

I enjoyed 1 alone. Thought it was awesome. Care not for MP

Setting is suppose to be in plague ridden Washington DC I suppose it one uped the ante with Fary Cry's Montana setting.
Q

Looking forward to it.

DC in the spring or fall would be a nice change of setting. Excited to see more on Monday!

jmaker said:
The game has come a long way since that first week of launch. I encourage anyone to pick it back up if they've neglected it or always wanted to try it out.
Click to expand...

I agree, and the base game is $10 on UPLAY right now. Cannot beat it for that price.

I was one of those that put hundreds of hours into Division 1 (700+ and counting). I took long breaks from it, but would always come back. I still enjoy it. I wish it had more story and the gear sets were more compelling, but D1's mixing of PvE & PvP kind of destroyed any chance either of those would be balanced in a meaningful way. I'm hoping D2 offers a true separation so that is less of an issue, and of course does more with its story over all. Time will tell, but like many of you, I am excited for this one also.
V

Can't wait to do battle Washington D.C. Better have missions at the White House, the capitol,reflecting pool, etc
Q

Words cannot describe how excited I am for this!!! The initial gameplay looks amazing. I hope they do DLC's where it expands to other areas.
B

Words cannot describe how much I despise cringey as hell scripted-gameplay trailers.

It was embarrassing when they revealed Div1 and it hasn't improved this time around. No one talks like that. It'd be better just to put some damn titles on the screen
E

Looks like the first one minus the snow. No thanks, the game literally brings "bullet-sponge" enemies to a new level.
P

the Division 2 announcement trailer definitely didn't look anywhere near as epic as the 1st games' reveal trailer...that looked amazing from a graphics standpoint with some amazing gameplay potential...this DC set sequel looks decent but didn't blow me away

next year, be interesting to see what they do

Uh, it looks almost exactly like The Division. I don't see any improvement on visual or animation part. That doesn't mean it's bad, I liked The Division, but there should be some progress.
J

D2 will be gg\etting new factions such as True Sons:

True Sons
A group of paramilitary warlords bent on using their combat expertise and overwhelming firepower to dominate their enemies and expand their territory. Smart and organized, the True Sons are led by a former JTF officer whose ruthlessness and combat prowess make him and his combatants a horrifying force.

Like that D2 will take place 7 months later and during the Summer so no more winter.
B

Nebell said:
Uh, it looks almost exactly like The Division. I don't see any improvement on visual or animation part. That doesn't mean it's bad, I liked The Division, but there should be some progress.
Click to expand...

The setting at least looks a bit more varied and interesting compared to New York's monotonous grid of blocks. That being said, my interest levels are non-existent given how dull and tedious I found The Division to be.

It's like Ghost Recon Wildlands and the Division 1 had a baby and called it The Division 2 split cells.
Q

No brainer for fans of the first game. For people past that? Hmmm... not sure yet.
H