Many still think of Intel as the top semiconductor manufacturer in the world, but the chip giant actually lost the crown to Samsung back in 2017. The gap only widened in 2018, but, thanks to the cliff DRAM and flash prices are falling off of right now, IC Insights thinks that Chipzilla could reclaim the top spot in 2019. In an update to their 500 page report on the IC industry, the research firm believes that Samsung's total chip sales could fall from $78.5 billion in 2018 to $63.1 billion in 2019, while Intel's ~$70 billion in chip sales should remain relatively flat year to year.

With both the DRAM and NAND flash markets forecast to show big declines this year, IC Insights expects greater than 20% sales declines for the other top-10 ranked memory suppliers (SK Hynix, Micron, and Toshiba/Toshiba Memory) in 2019 as well. Similar to Samsung, the steep sales declines expected for SK Hynix, Micron, and Toshiba in 2019 are likely to lower these companies' revenue back to, or even below, what they were in 2017. This year will likely prove once again that the infamous volatile IC industry cycles are still very much alive and well in the memory market. The March Update will also examine the latest capital spending budgets of the major semiconductor companies for this year. With the memory suppliers expected to encounter a very difficult year in 2019, large capital spending cutbacks from these producers are likely to drag down worldwide semiconductor industry capital spending by at least 14% this year.
T

One of these days these companies are going to start making some serious money.
S

Intel could use some Totinos tier humility and self awareness by just saying "worlds best selling chipmaker." 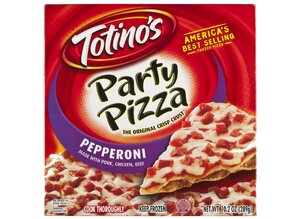 SK would probably be fine, in fact Samsung might even benefit from TSMC's problems if that did happen.

Hmmm, I guess they over looked AMD. They are rocken.
K

Sure, and Cyrix might rise from the dead to make GPUs that render in Ascii.
You must log in or register to reply here.