How does someone with such a shitty attitude get a job in public relations? I'd love to know what was going through that guys mind. "Hmmm... maybe I should get into a pissing contest with the owner of a hardware review site and then highlight my douchbaggery on the forum just to make sure everyone gets it. That'll really push the brand."

Frito11 said:
nickel EK blocks are still loosing their plating, I should know my 1080 Ti block's nickel has been dissolving into my pre-mixed alphacool coolant sense day one apparently.
View attachment 41151

I'd be upset if it effected performance or i had to look at it daily but i'm sure EK's response would be its my fault for using the wrong coolant etc.
Click to expand... 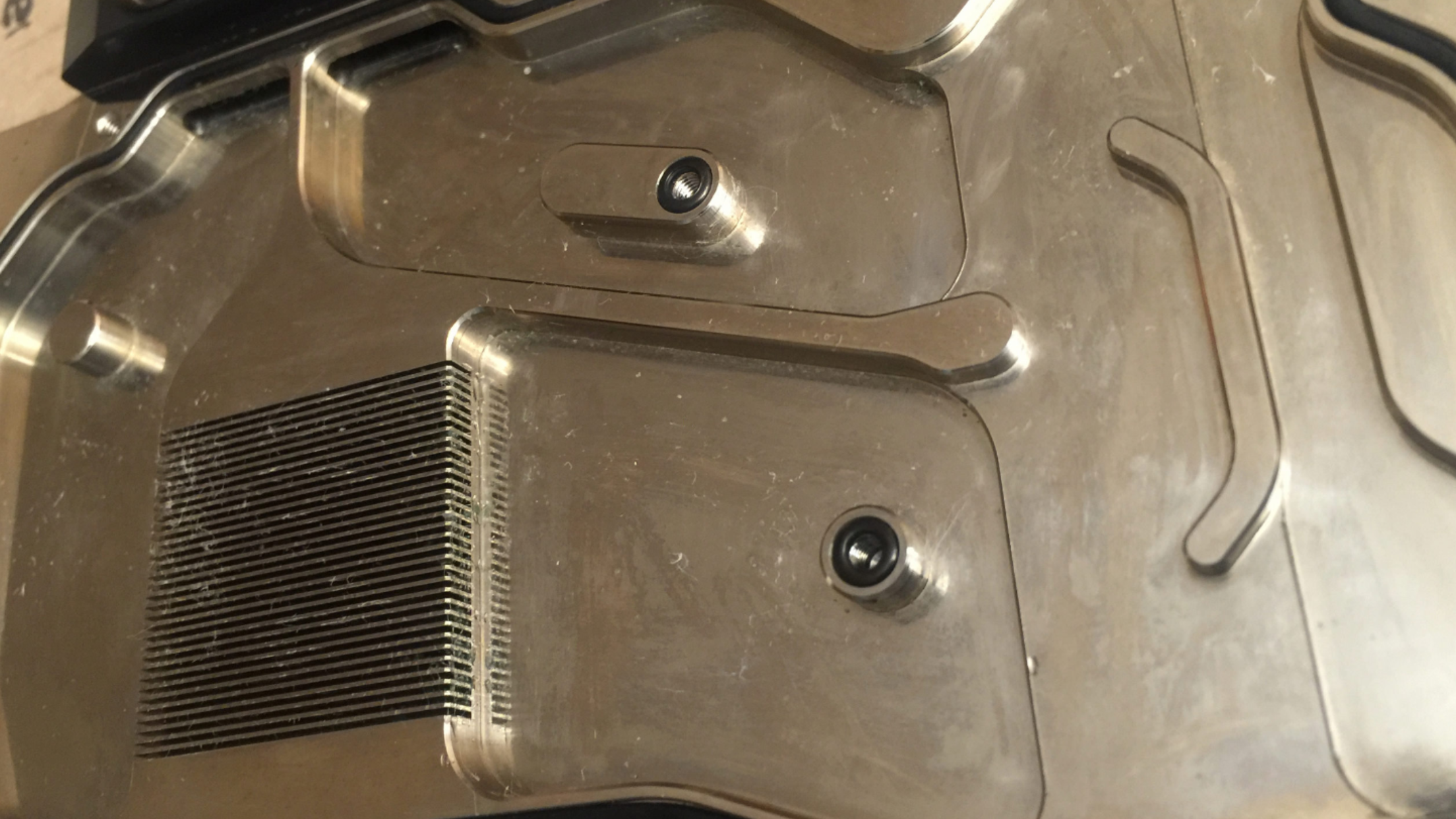 Just talked to EK. This is not for a new water block, but rather a monoblock.

"The new coldplate is meant only for the X399 monoblocks. "
F

86 5.0L said:
Meanwhile here's my Heatkiller 780ti block that was under 80/20 distilled/anti-freeze coolant after 4 years of continuous use

oh i have a 780 Ti classy EK block that i got with the card 2nd hand you do not wanna see that thing the nickel is actually peeling off in some areas.

alxlwson said:
Not a fan of monoblocks. I have one on my Maximus. VRM's heatsoak the cold plate. Temps went up a good 6-7°C when I changed over from the Evo. Several remounts did not change that. Still trying to find someone that makes a a VRM block. I've seen a few, but the websites are in German. Would like to see some English.


That might be an interesting experiment/feature. Take monoblocks and compare them to separate CPU and VRM setups.
Click to expand...

We actually have a VRM only waterblock for this board. So you could do that comparison yourself if you want to
A

WATERCOOL-Jakob said:
We actually have a VRM only waterblock for this board. So you could do that comparison yourself if you want to
Click to expand...

Looks nice! Steep price though. If I was doing a new build, it would be an easy decision for me. With being on a dead platform, however, I won't be spending any more money on things that I can't re-use on another build. Thanks for the link

WATERCOOL-Jakob said:
We actually have a VRM only waterblock for this board. So you could do that comparison yourself if you want to
Click to expand...

Awesome didn't know we had a Watercool rep

Pieter3dnow said:
Do you think that a person from Slovenia (former Yugoslavia) knows all the ins and outs of every country habits and customs and or legal systems? If he got training that the describes his job function and is told how to operate regardless of which person/country he is addressing then you get such a response as what he did.

He already failed because were discussing him rather then the product he is trying to "sell" , but then again he also knows this another lesson learned for the new guy .
Click to expand...

In my experience there are basically two types of reps. (with a grey area in between) Ones that are truly helpful and concerned about their products and reputations. And ones who think their shit don't stink and are doing you a favor every time they talk to you. Look at the posts. It's easy to see that EK considers sending samples for review as them doing something for the site. When the reality is it's (virtually) free advertising for them.

If I was a retailer, never mind a manufacturer or distributor, I'd send Kyle a block. Just so he could tell people where to get one from me. Anyone have any idea what a small ad in a local paper costs these days? We're talking a site that's followed by people all over the world.

A simple, "As soon as we have an available sample I will send you one." The selection process wasn't relevant. Unless Kyle asked.

^^This. Just think, all that bad press they got for a shitty waterblock? That was a smart decision on their part, not.

Sorry to necropost. But I couldn't help but chime in here.

I worked at a place for a few weeks where I built some ludicrous x79 computer for a customer that had more money than brains. It was a flagship Asus board that cost $300 more than all the other x79 boards, but didn't seem to over any real advantages other than being a flagship board that select waterblock manufacturers had declared would be supported with VRM blocks, northbridge blocks, etc etc .

It absolutely baffles my mind that their products cost what they do considering how much acrylic / plastic they use. The type of material that you're too nervous to torque down a fitting into, out of fear that you'll crack the brittle material.

The best part about EK was their library of which waterblocks were supported by certain GPUs. They have since removed all information relating to any GPU that they no longer have supporting waterblock inventory of. -- A pure dick move.

The only time I could ever see a review of their products necessary is for rare blocks that no other vendors are likely to produce. (Something like their MSI X299M monoblock comes to mind).

The best blocks that I've seen are the heatkiller blocks. Anyone that's ever held a heatkiller block in their hands should be able to immediately tell that it's about as good as it's going to get.

With me having a formal education with university level of mechanical engineering, with a focus on thermal fluids (multi-phase flow of nuclear reactors, and some other fluid dynamic courses) in addition to all the thermo and heat transfer courses -- it's very evident that whoever is designing their products is educated and knows what they're doing. Even if you only look at the fasteners that they use. They're stainless, Allen head socket cap screws. They look custom. EK fasteners aren't significant enough to even remember.

I'm sure that some of the other companies producing blocks are also excellent. I forget who makes my CPU block, but it's well made.

EK is junk IMO. Why their products are even priced similarly to others blows my mind. I guess that's to cover all of their marketing and advertisement costs.

Any company that designs, manufacturers, and sells a consistently superior product doesn't need to waste all that time on marketing / advertising.

I mean this is convective heat transfer with water in single-phase liquid form. Ain't like we're still making scientific discoveries in this field .
T

I have an x299 monoblock. But I'm done and have been done with EK.
V

I just had a 3 month old EK res/pump combo bite the dust over the weekend. Working with performancepc to get it replaced. EK wants video of the pump not working before anything.
You must log in or register to reply here.
Share:
Reddit Pinterest Tumblr WhatsApp Email Share Link
Top