delita said:
Truth be told I'd say Wolcen is more of a hold over for me, scratch that ARPG itch for the time being. I'm more excited for TL3. It's just a..."happier" game. Kinda like WoW-ish in it's cartoony regard. Grim Dawn was a pretty good game but it was so dark (almost......GRIM) most of the way though. I'm hoping there are some varied environments in Wolcen throughout the additional chapters in the game.
Click to expand...

Comixbooks said:
What game is TL3?
Click to expand...

relapse808 said:
The ARG is getting old to me. I loved Diablo 2 and it just seems that most of these games do it basically the same way. I think the only one that really did anything different was Sacred 2 with its huge world to explore plus having mounts and tons of secrets and also was not randomly generated.
Click to expand...

I may give this game a shot. I was disappointed the past two times I've played it. Ive been wanting to play an ARPG.
Last edited: Feb 13, 2020
D

Bought this about 4 years ago, even forgot about it's existence for awhile. Probably the longest I've ever waited between purchasing and playing a game. Fans of the arpg genre have some good looking titles to look forward to this year and next.

Not sure what the complaints are downloading the game now not sure if it's the right version.

Yeah I have the right version but it keeps saying there's a new patch available ( which there is not) - they said they are addressing it.

Made it to the end of character creation in Online Mode "Your connection with the game service timed out". It's amazing that in 2020 every online game still faces the same launch woes.

Not sold on this game one bit they tried to pump some life into this game but my character walks like a stick butt. The stoic stance thing just doesn't work for me. Seems like this game was patched together not really feeling it. 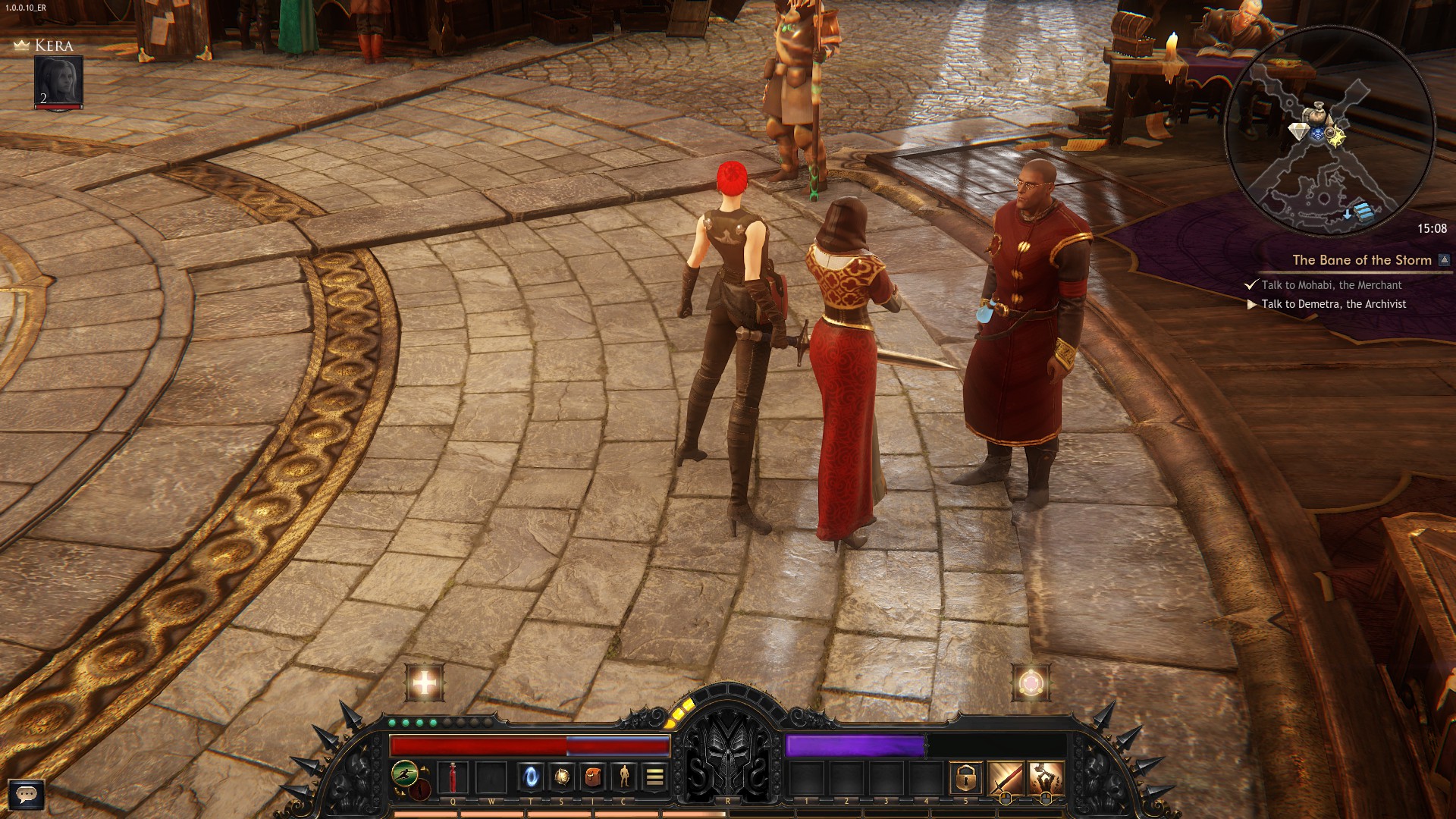 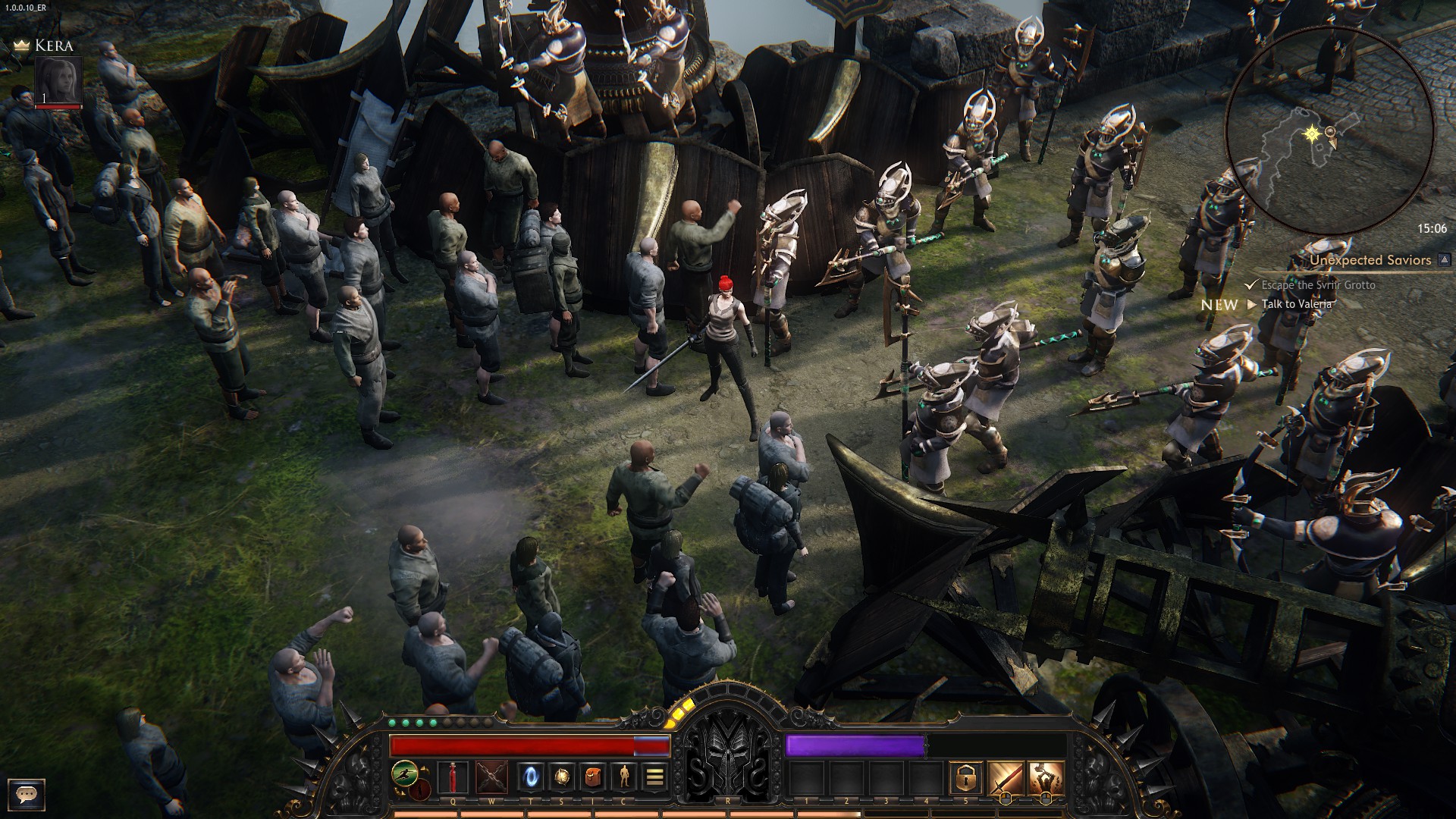 I managed to play for about 10 whole minutes before I hit a cutscene and got DC'd so good for you getting to go farther. Shoulda picked a DUDE.

Yeah I removed the game from my favorites list I'll put it on my HDD don't think I'll touch it again.

Even Shadow Awakening is X10 times better for Animations that game has some weight to it.

I do remember the poses being silly, but it sounds like the game took a step backward from the last beta I played. Bummer, hopefully they patch before I get a chance to look this weekend.
T

Just got done playing for a couple hours. Initial thoughts are mixed. I'll start with the worst. There is a weird input lag going on. Some people may not notice it but it's getting to me. Just feel numb and laggy. Story is totally stupid just like most games. Voice acting is annoying. I'm at the first town now, game feels meh, a little shallow. I'm early in so all that could change. Now on to the positives. Graphics are good. Performance has been good for me on my aging system. Skills and weapons are good for the most part. I like the passive skill system. I think there is a good game here, it just needed that extra time for polish that it didn't get. Overall i'll keep and see how it develops. I'd say if you like aRPG's pick it up.
D

Played this for a few hours today (offline) and overall it was a positive experience. Created a 2H melee only character and enjoyed the gameplay and content that I've played so far. Smacking around mobs with a 2H simply felt satisfying. Sure there's a little bit of the 'indie low budget clunkiness' with some aspects of the game but it didn't detract at all from the fun I was having. Definitely has a lot of potential, once they smooth out the online issues and some of the glitches I'm sure there will be many players who will get hundreds of hours from it. Or even thousands seeing the variety of builds possible.

If you're purchasing relatively low budget indie games, don't keep your expectations too high and you'll be pleasantly surprised now and again. The arpg genre needs some life breathed into it and I'm glad there's some devs putting in the effort.
T

Also heads up for anyone interested. You can get this from Humble store for $29 for a steam key.

The online experience is completely broken right now. Constant disconnects or the inability to play online at all. You can play offline but that character can't be brought over to online play. Offline is single player only. Hopefully things get better in the next few days.
T

Haven't had any issues yet online. We'll see tonight! There was a red post in chat last night about them patching and adding server capacity.

Servers are down hard and there's no ETA on when they'll be back online.
M

I did notice the gameplay does start off feeling a little clunky and slow. But as your character progresses the combat starts feeling much more fluid as skills open up the mobility a lot more.

I wouldn't write off the game in the first hour of play as it seems many people have been.

Seconded. Rough edges (especially at first part), but once you get 'your' character and get going it starts getting better as you go. Strangely euro on a few things (mostly the GrimDark), but interesting and a huge change from what they started with.

Yeah I played for about 5 hours myself yesterday too. Waiting for servers to come back up. Truth be told, it's not a "bad" game once you get into it. I'll beat the campaign and uninstall it. It lacks polish and I am not a fan of the skill tree and the classless system isn't really all that. Like, as a mage, I'm limited to a staff becuase it generates willpower on hit. 1H weapons all generate rage, so a 1H/catalyst build seems pretty lame to me if I want to be a full spellcaster. I was hoping for wands, or mageblades or something else. It won't have the lasting power of something like seasons like D3 or POE. I would rate it at a 5/10.

delita said:
Made it to the end of character creation in Online Mode "Your connection with the game service timed out". It's amazing that in 2020 every online game still faces the same launch woes.
Click to expand...

Yeah, I usually have to click start the game a couple times before it'll go.
I played for a few more hours. 10 years ago, maybe I would have been a bit more into this, but as I have said previously, I'm sorry I bought the game.

It does play in Linux if anyone is interested.
T

Damn servers have been down for a long ass time now.

TheToE! said:
Damn servers have been down for a long ass time now.
Click to expand...

Is that when the rented AOL servers are available again?

They pushed out a hot fix yesterday that deleted online stashes and caused massive queues so they brought down all their servers to investigate and fix the cause.

DogsofJune said:
Is that when the rented AOL servers are available again?
Click to expand...

lmao. basically. they also took down their last message about when servers would be up and now have no ETA so, basically these devs are some shit. don't go say that on the reddit page though or the fanboy's will rip you a new one.
T

This isn't fuckin 1998. There is simply no excuse for this. Why does every single game fuck this up? Can no one plan anything?

TheToE! said:
This isn't fuckin 1998. There is simply no excuse for this. Why does every single game fuck this up? Can no one plan anything?
Click to expand...

Lol they just extended the downtime by another day+. Said it would not be available by 12PM tomorrow. GG. Rip Wolcen.

You can still play offline mode, but there are bugs either way. You'll just be pissed that there are bugs AND you're only able to play alone. And the devs don't give a fuck about bugs right now, they're all scrambling just to get the servers working. 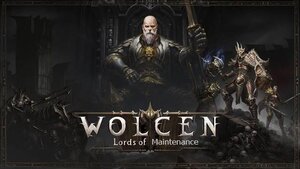 Been playing offline mode. Made it to one of the most bullshit boss fights in recent memory.
M

Yeah, I dont see myself spending much time in the end game or replaying it once I'm done.

Was disappointed to see they removed the ability to dual wield 2h weapons in the release game.

TheToE! said:
Been playing offline mode. Made it to one of the most bullshit boss fights in recent memory.
Click to expand...

How so? What was so bad about it?
M

TheToE! said:
Been playing offline mode. Made it to one of the most bullshit boss fights in recent memory.
Click to expand...

Let me guess. The guy you had to defeat 3 times in a row?

Lol yeah. The first two phases were a cakewalk. Wrecked him in no time. The 3rd phase is like LOL one shotted by anything that hits you. The biggest problem is that the dodge mechanic doesn't always work properly so yeah this guy is a pain in the ass. It's kind of annoying because ALL of the mobs in the game are such pushovers until you hit the Act boss and he's only hard because of poor mechanics.

Yeah, it makes it much harder than it should be. And I forgot about that fight and specced for crowd control so he's extra difficult.

DWolvin said:
Yeah, it makes it much harder than it should be. And I forgot about that fight and specced for crowd control so he's extra difficult.
Click to expand...

This game had potential. IMO they just stole most of what they have from POE and it's FAR less polished, and less fun in general. I don't even really like the skill tree. It's a shame when you have a massive skill tree that I browse through like....meh. I'm getting my $29 worth by finishing the entire game and then it's getting uninstalled. I don't see anyone on [H] defending it so I'm not going to hold my tongue like I do on the Reddit page. Wolcen is garbage.

I just came off of Children of Morta prior to starting this game, spent the last 3 days blowing through it. Anyone here who hasn't played it, DO IT. More "gauntlet" style ARPG but it's got 10x the charm of Wolcen.
P

delita said:
This game had potential. IMO they just stole most of what they have from POE and it's FAR less polished, and less fun
Click to expand...