Hosted by SETI Germany and will take place from Nov 16th to Nov 22nd.

This year, the 13th Birthday Challenge is the same as last year.

Last year thread can be found here. We finished 16th out of 83 teams. Will we finish much better this year and blow away the competition? For tips and strategies please check our strategy forum.

Ooops, they have not yet opened for team registration but it always good to do early warm up.

If you want to help the team but have not set up an account yet, please follow this link to create the account at WCG: http://join.worldcommunitygrid.org?recruiterId=338542&teamId=BP5XNJBR9N1 That link will make sure that when you create the account, that you will be associated to our team already.

If you already have an account with WCG but have not already associated it with the team, please follow this link: Team and Click on Join Team.

Keep in mind, this is just how you create your account. You will then need to install the client and attach it to WCG. We have a few How to's in the guides section.

When attaching to WCG you use the user name instead of the email address. This is the only BOINC project that does this.

Bunkering
Please read - https://hardforum.com/threads/bunkering-why-you-should-or-should-not-do-it.1829159/ Techniques start on post 9
At WCG you are allowed to cach up to 35 work units per thread.
Last edited: Oct 9, 2017
C

Hopefully I'll be back in TX by Nov. 16 and I can fire up the farm again. Getting my second big snowstorm here in CO in around a week. Looks like I might get 12" this time.

Sounds like you need to have 2 farms. One for dry climates and one cold climate.
D

ChelseaOilman said:
Hopefully I'll be back in TX by Nov. 16 and I can fire up the farm again. Getting my second big snowstorm here in CO in around a week. Looks like I might get 12" this time.
Click to expand...

That's what she said.

Also I believe Gilthanis posted the wrong link. This is the correct link:
https://join.worldcommunitygrid.org?recruiterId=993628&teamId=BP5XNJBR9N1

I have the magic Team join link ...

W.Feather I was thinking about your comment in another thread. About running WCG short term. If you're thinking about shutting it down for most of the month then go ahead and shut it down now. Then fire it back up on the 16th to help with the Birthday challenge. The challenge will run for the duration of the Formula-BOINC race as well, so your points will still go towards helping that as well.

Oh i have no intent to shut down unless outside temps hit high 70s again ..... Central Florida and cooling bills dont mix nicely


I will be keepign the PC up and running (Desktop) for the forseeable future..... Server has had 6-12 threads (Depending on what im doing on a given day) going for the last year + (More steady now that I set it to start up at boot.....rather when i remembered to...) Thanks for the heads up thoguh

Maybe ill spin a few more threads up when the 16th rolls around , and sacrifice other functions on the server for a bit
D

W.Feather said:
Maybe ill spin a few more threads up when the 16th rolls around , and sacrifice other functions on the server for a bit
Click to expand...

It will be for a good cause. I want 10th place or better this year. Dang it.
D

I wonder if I can sweet talk Montu into posting a front page article about the birthday race when it gets a lot closer. Might be able to gather some recruits that way as well.

I'll have to send him the special link for team sign up though.
W

I've already started stirring that pot of DooKey...I mean Montu...
Since I'm on the stirring topic..... W.Feather, you could always set up solar....

Skillz said:
Nicolas_orleans you around bud?
Click to expand...

Long time missing; also in other areas of the internet ... hope he is well ...
D

I recruited another member recently to help us. Morphes needed someone to redeem a game code for his friend th0mas. Since you can only redeem one game code per GPU (1080 or 1080Ti only) his friend used his code for his GPU. So when th0mas got a game code he wasn't able to redeem it since his card was already used. Being that I have multiple GPUs in my farm that I don't use for gaming I figured I could lend them one if Morphes would run WCG during the 7-day challenge for us.

Now his friend doesn't know it yet, but I'm gonna convince him to help us too. lol
F

What about brilong? He's king of WCG; but looks like he's been dark on BOINC for a while.
D

plext0r has been MIA from the forums for a while. Not sure where he has been.
F 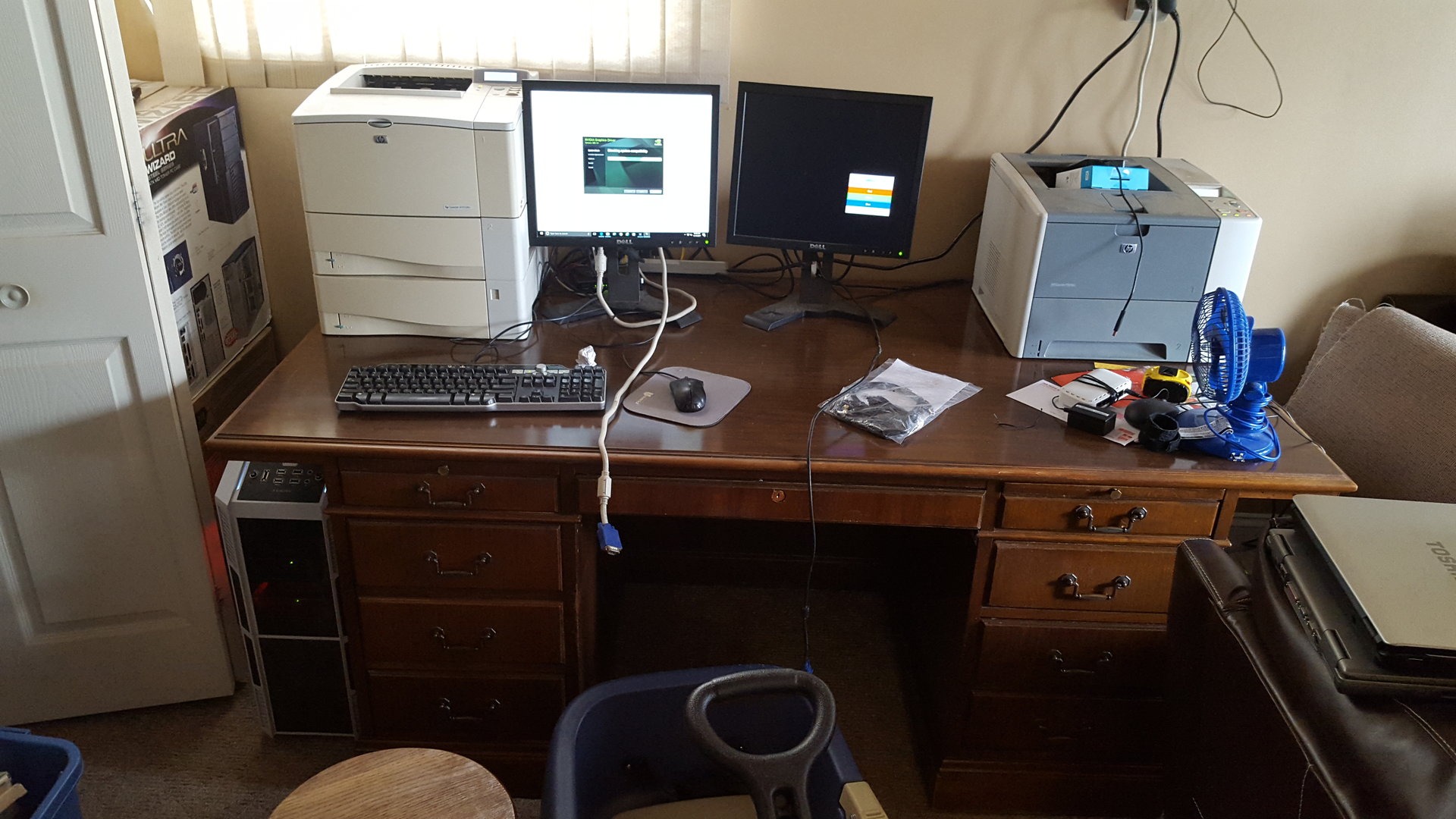 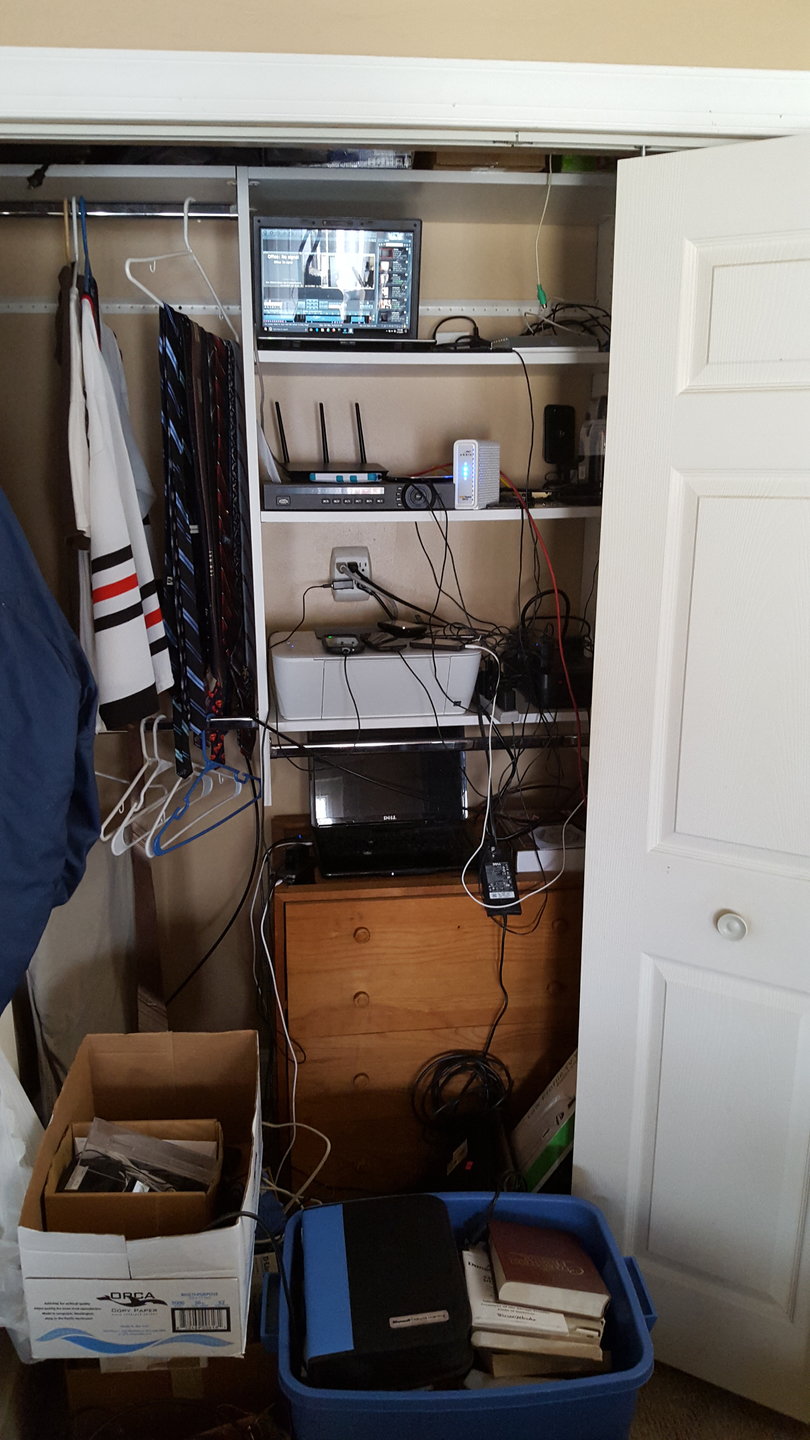 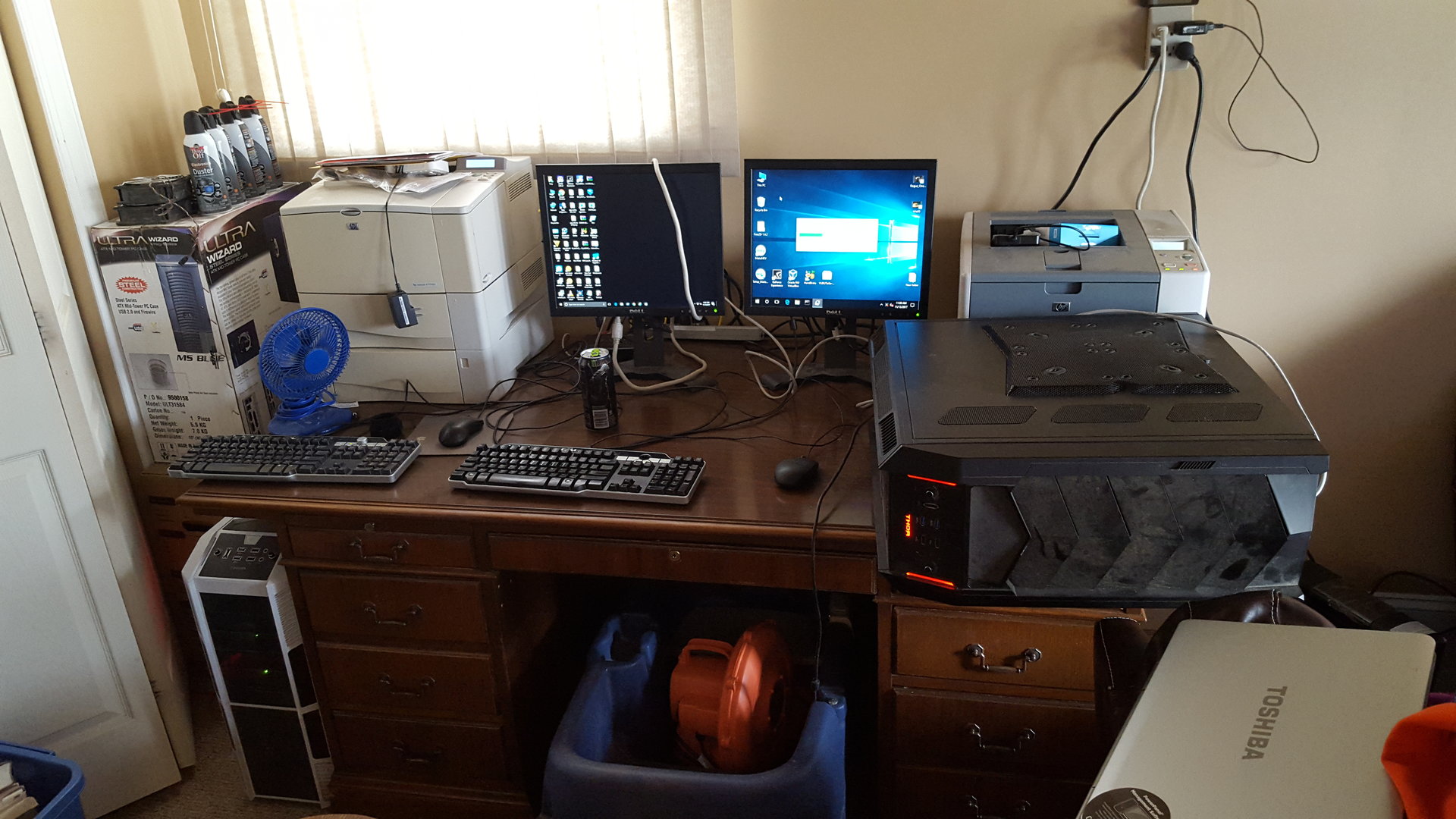 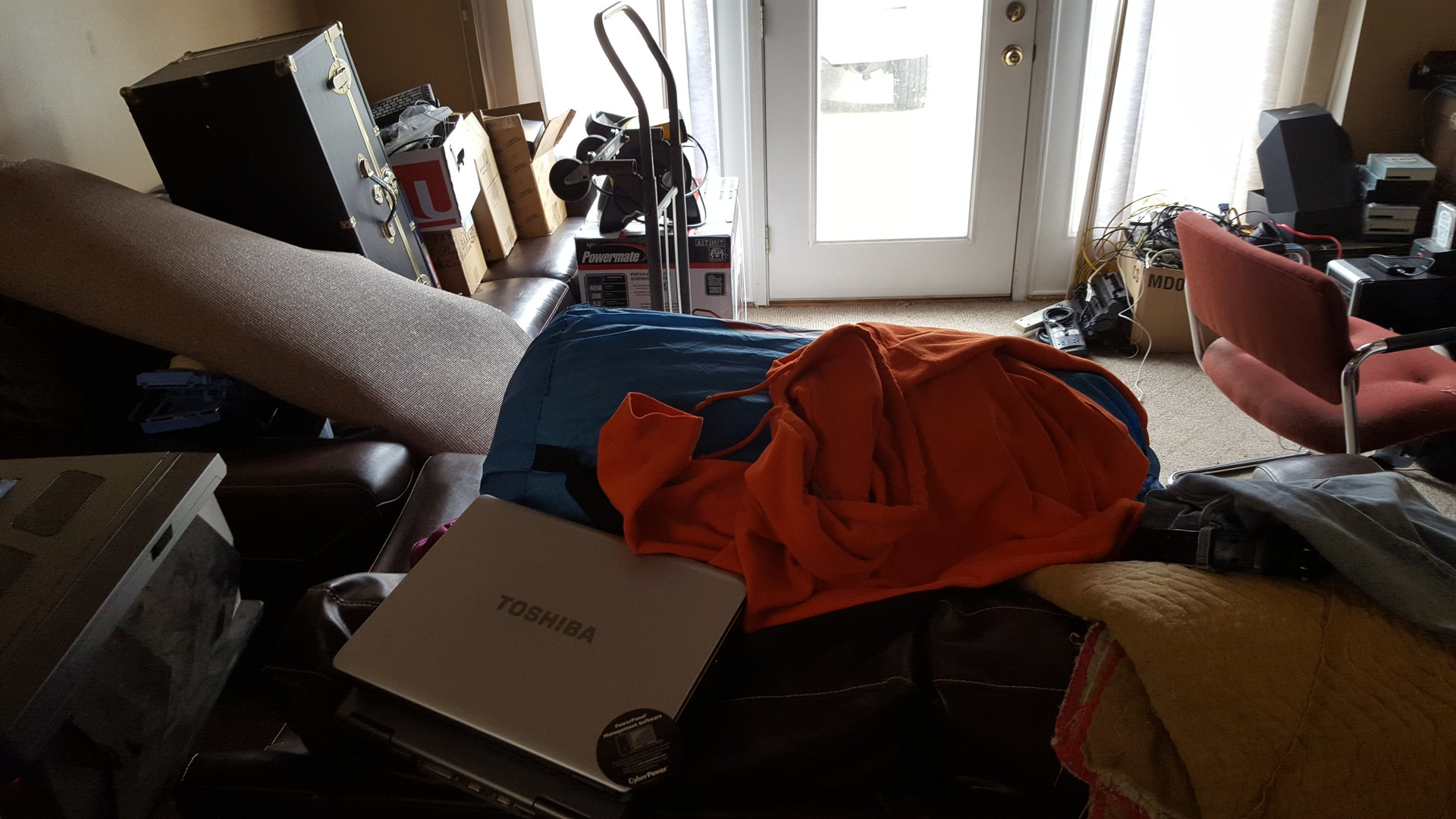 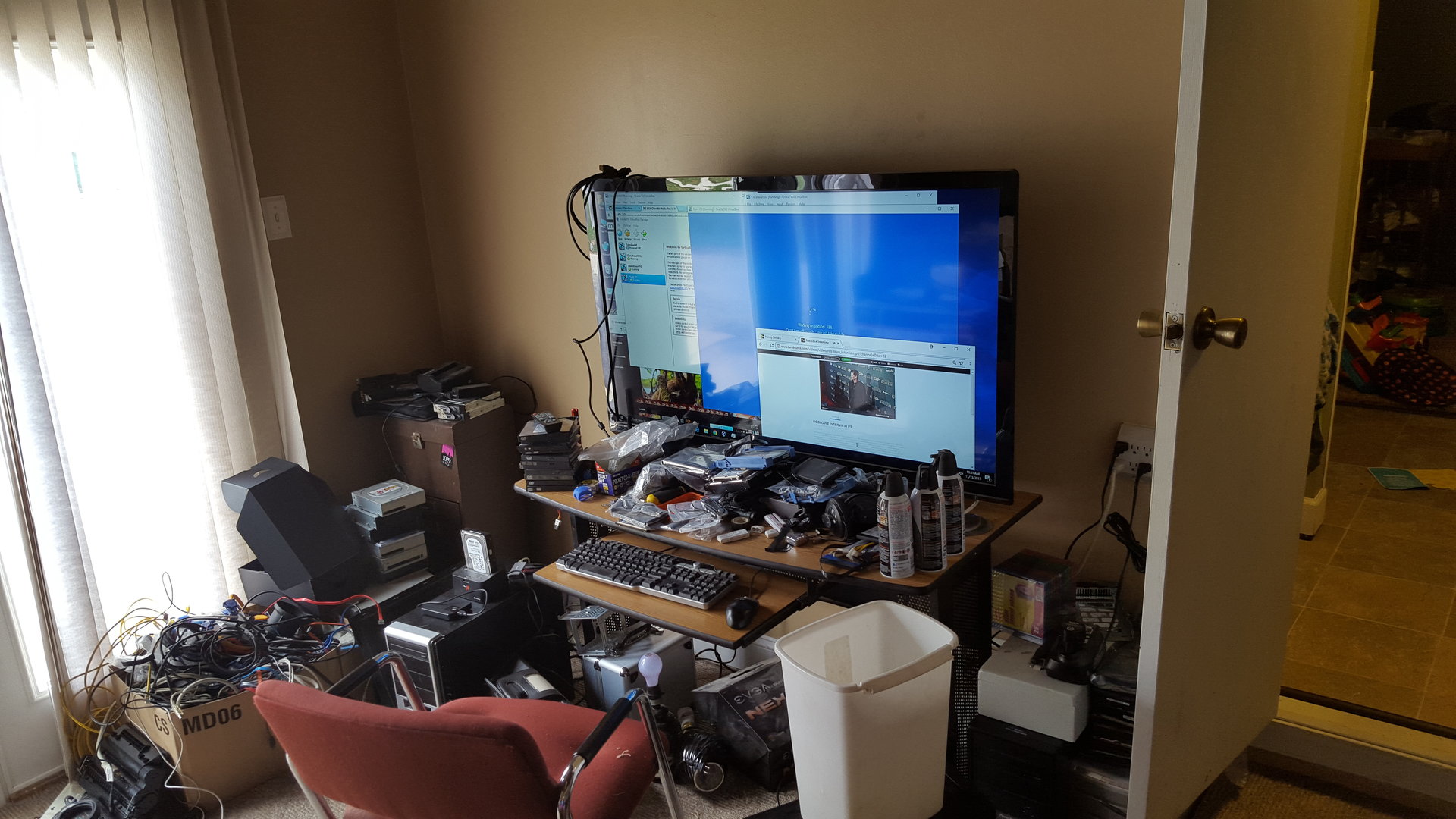 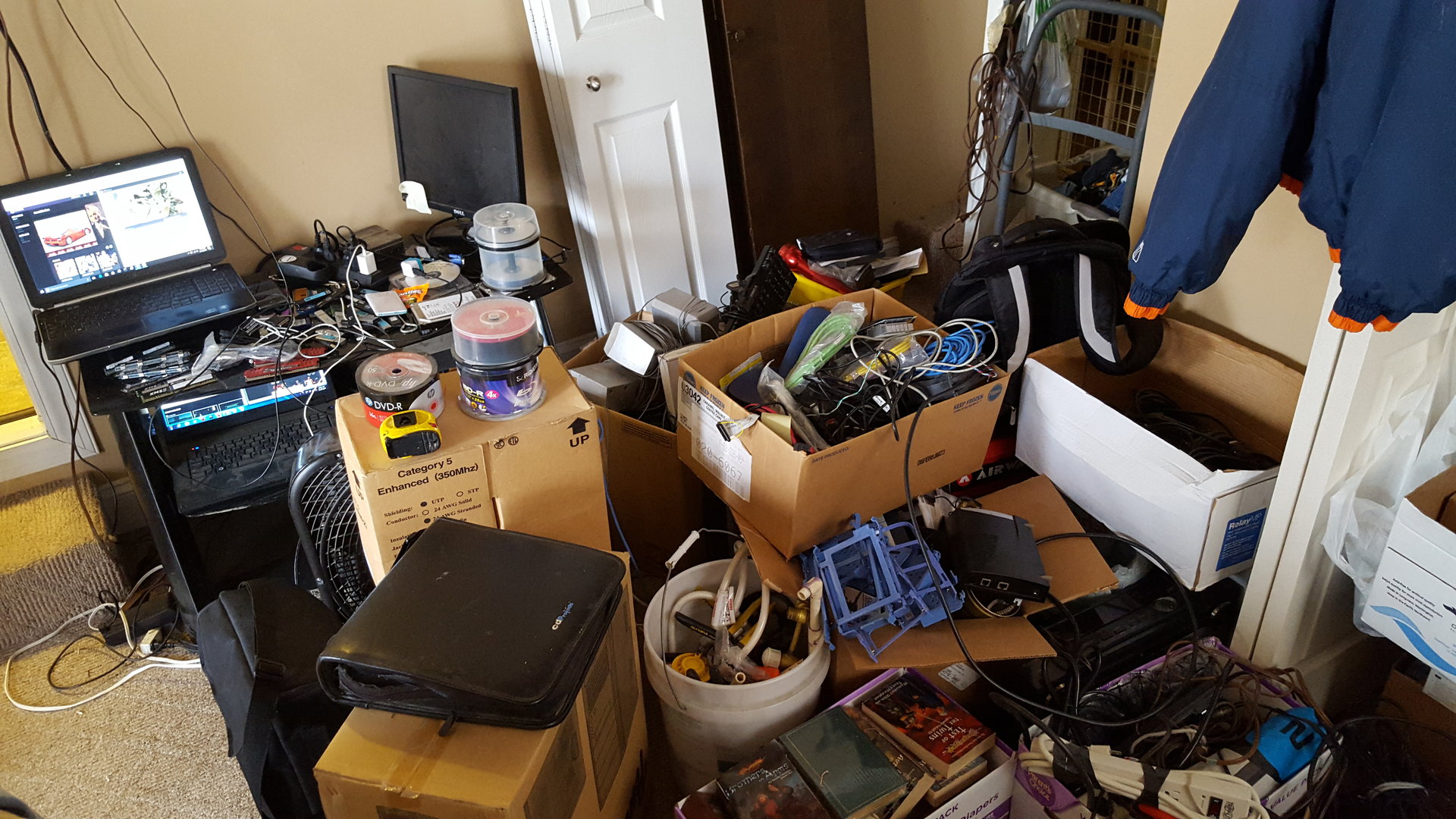 My office is about half moved from the old house...

Those pics are from the new place ?
Well organized and perfect cable management ... plus you invest lots in canned air ...

Well..I have more than that just not in the picture. I used to have a home biz repairing PC's a long time ago and got a bunch for when out on service calls. I typically would just use a small air compressor, but those have not made the move yet.
E

Good to see even moving hasn't slowed Gilthanis down

I take it a lot of the team is in the bunkering phase?

Edit: By the way, anyone have the pros/cons of running certain projects during the challenge. I think Skillz mentioned MCM requires 2 verification? Right now I have all projects selected (typically I focus on MCM).
D

Bunker? Nah, we aren't bunkering this. Too many big dogs in that fight to compete.

The challenge starts tomorrow. If you haven't already, you might as well load up on work and start processing.
D

No. It starts today. Around 7PM EST. 11 hours from the time of this post.

90min from now ...soooo exciting ... if I just could focus on instead of fighting with EDI failures in company
S

We are good to switch our boxen over to WCG now correct?
D

Yeah I guess we can see what we can do.

Just drop my bunker on one rig using the method that I previously described.

BTW, the points shown is SG site is in WCG points, not BOINC points. I think a lot of teams are still having "constipation". Any dulcolax around? Sure feels good after dumping...
M

Welcome to the party.
F

Going to be a late start for me. Leaving Colorado later today on my 1,000 mile drive to the Texas winter home. Probably have the farm up and running on Saturday.
You must log in or register to reply here.
Share:
Reddit Pinterest Tumblr WhatsApp Email Share Link
Top