I had no idea this was coming out even until just today Sniper Ghost Warrior 3 is awesome.
Basically just like what they did with the Cryengine.
C

This week Friday Nov. 22nd if you want to jump on one game this is the game and it's basically a steal at 26.99 on Steam.

Comixbooks said:
This week Friday Nov. 22nd if you want to jump on one game this is the game and it's basically a steal at 26.99 on Steam.
Click to expand...

Easy no-brainer. All in. Thanks for the heads up.

System specs are the same as the last game basically except they require a more powerfull AMD card and switched the chips models around. I'm hoping to be blow away by the graphics. The problem with the last game people were losing their save files mid game I'm sure they have that aspect resolved.
J

Reviews are out. Launches 12 PM EST. It is a janky title like the last. Buy sale or skip guy says it has lots of great moments... but he is a sale.
Still for $26 (next 4 hours only) I think it is a definite buy. It is a low budget title but I really enjoyed their last title.
There is something to be said for stealthily taking out a camp, man by man.
If you enjoy that type of gameplay then this is the perfect game IMO..

I have this guy who added me on Steam friends list he hates CI games because they banned him from the forums for voicing his opinion. I just got a warning for posting the we fire the whole bullet video.

12 gig download now I have to download the 20 gig MW patch and this luckily I have a slow connection.
J

not overly impressed so far. I'm still in the first contract section. It looks like you have big maps with various objectives, probably replayable to get more cash/unlocks/points. Unable to use any of that while in the map. Just seem to be stuck with basic trash gear.

The previous game to me seemed to be much better. Tons of secrets and things, lots of guns to unlock, things to do, people to kill. that may be the case in this one, I just have not seen it in the first map.

The enemies also kind of suck. They seem to be much more passive than in the last game. This just seems like a barebones version of the last game, probably made with 1/4 the budget.
J

I might have been a bit harsh. So in the contracts you have challenges for cash and points. this gets you unlocks. you unlock from the main menu. There is no "base" like last game. In that regard this is more like hitman. Does not appear to be any crafting, any hidden weapon challenges, etc.
This game is probably fine for what it is, but IMO the last game, if you can play it without issues, was a much better game.

I'm sure I'll like it I just like the momentum of these games slow and go at your own pace.
Q

This sounds like it should have been an add on to the previous game. For $26 hopefully I will get what I want out of it when I get around to it. 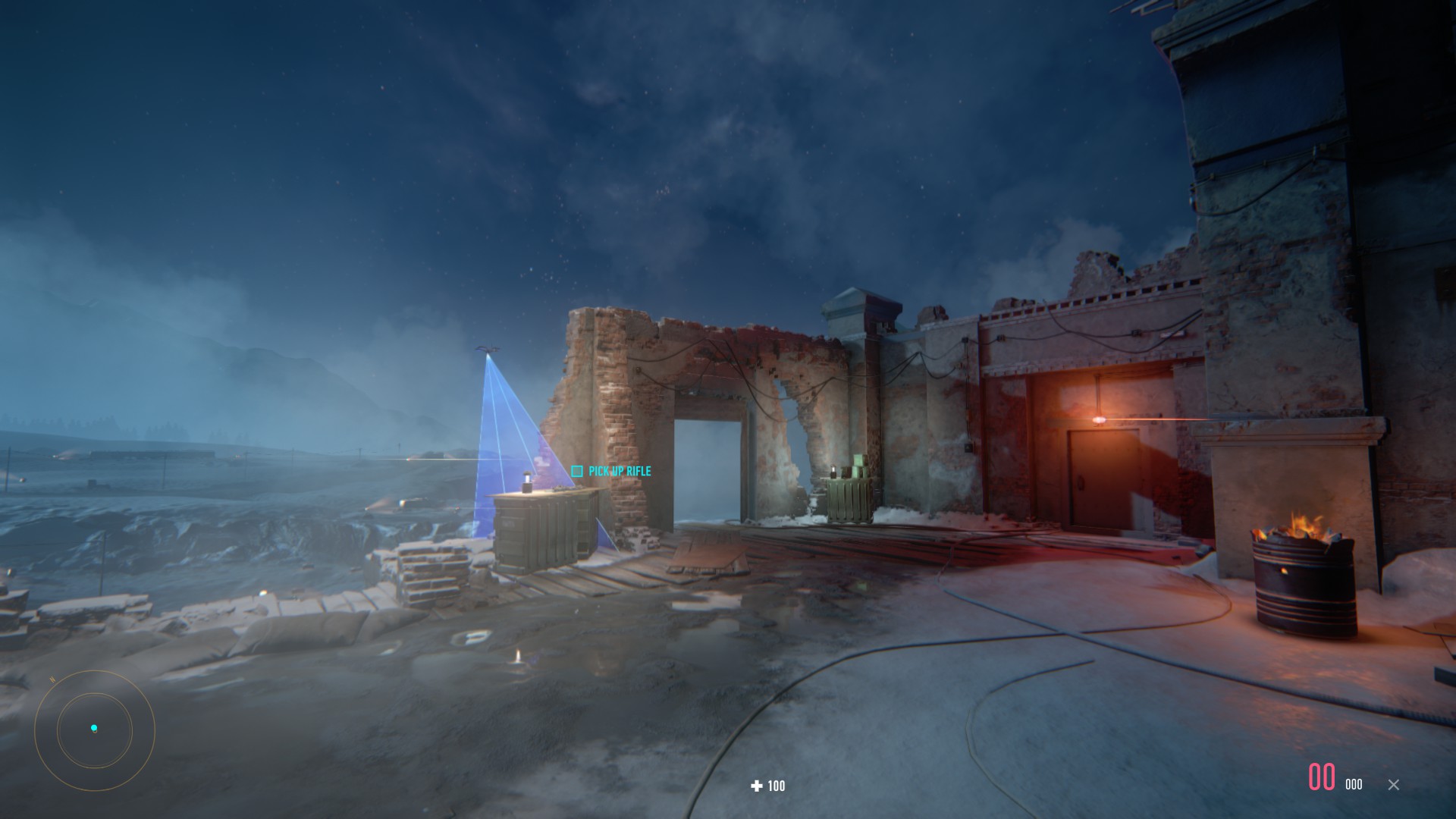 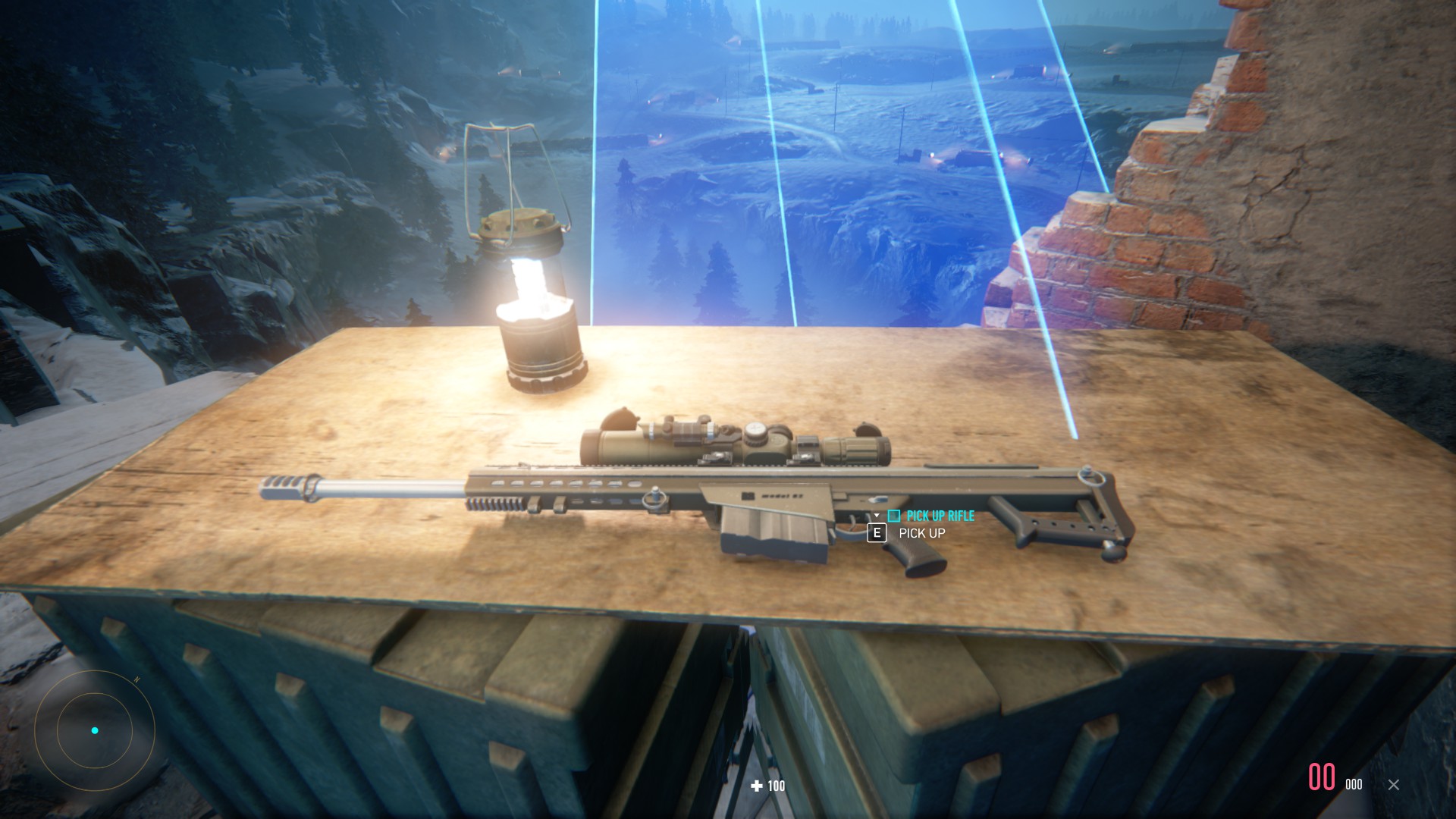 I did the intro game looks nice I'll milk this game out 2-3 years before I finish it seems like they really want you to shoot at a distance they have different types of amo. The wind and elevation can really offset stuff where the bullets lands unless I'm doing it wrong. You can press on a controller analog to hold your breath.

Looks awesome I can't stand games with tons of textures I rather have a clean look.
That section is just the training area...
Last edited: Nov 27, 2019 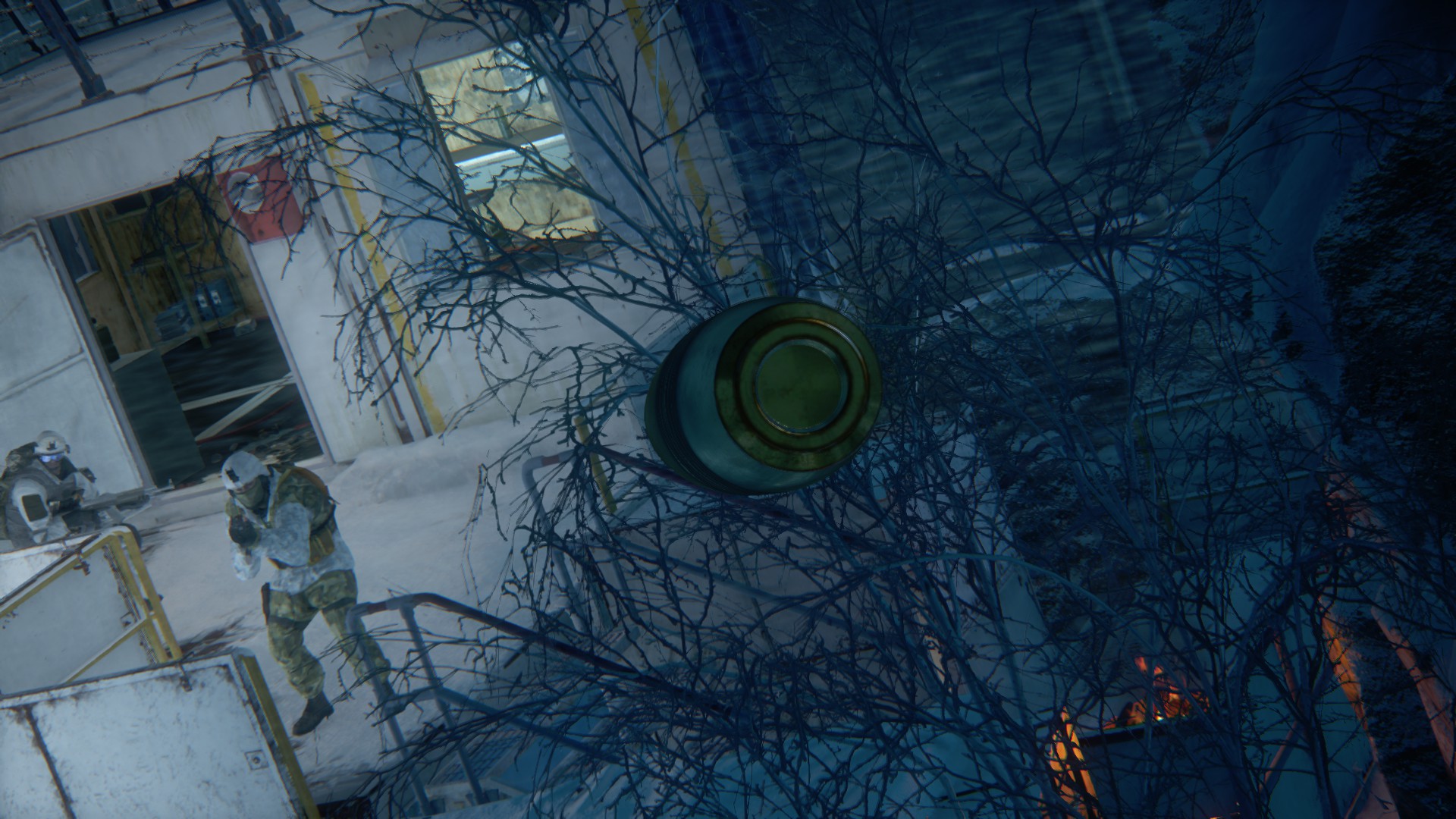 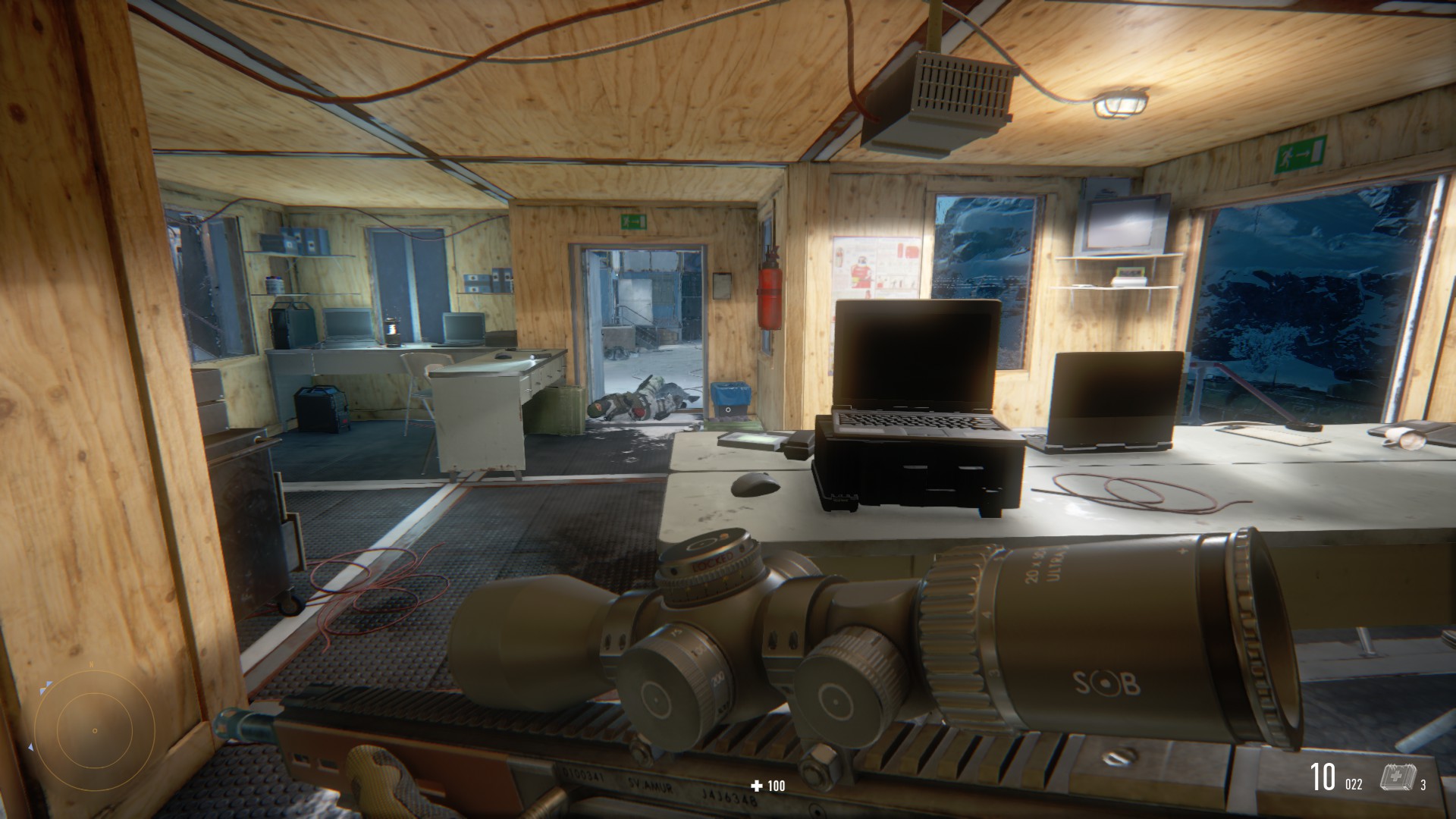 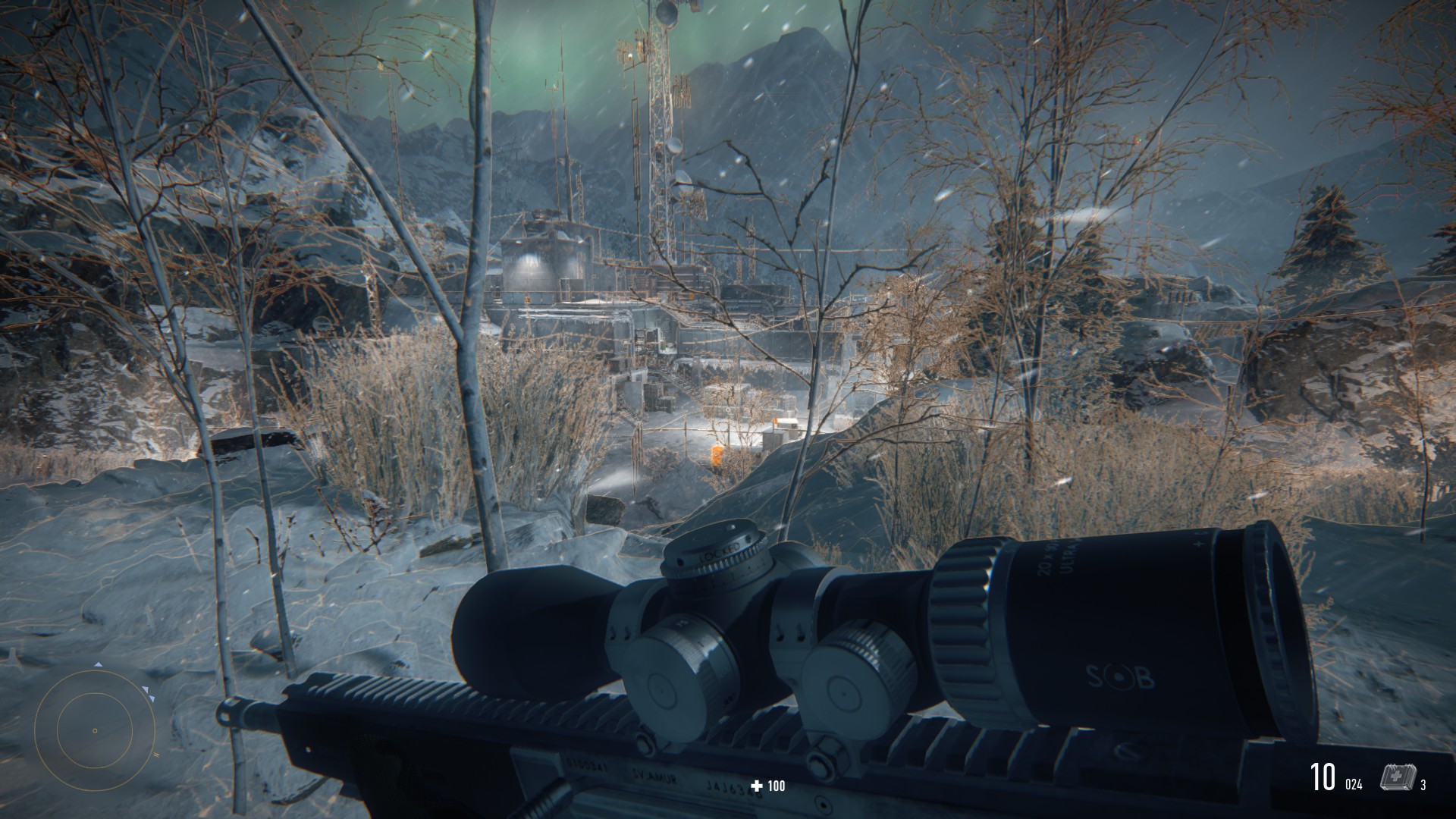 You have some kinda sence ablity that highlights stuff. Ai is no joke in this game you think you have the area then the Ai goes into cover I died like 6 times on this first mission and it's not even the entire area which is pretty big.

No manual saves in this game so you have to watch out and wait for the save icon.
I think in SGW 3 you could save when you wanted.
Last edited: Nov 27, 2019

Game now has Muliplayer should be good this is a cold game.

Comixbooks said:
Game now has Muliplayer should be good this is a cold game.
Click to expand...

Totally missed this game, how is it? many epople playing? I have been dying to play a good multiplayer sniper game

MrGuvernment said:
Totally missed this game, how is it? many epople playing? I have been dying to play a good multiplayer sniper game
Click to expand...

It's good if you liked Sniper Ghost Warrior 3 you will like this. Cryengine game

It's alot harder than it looks =) You can see the other players but getting them is another thing. 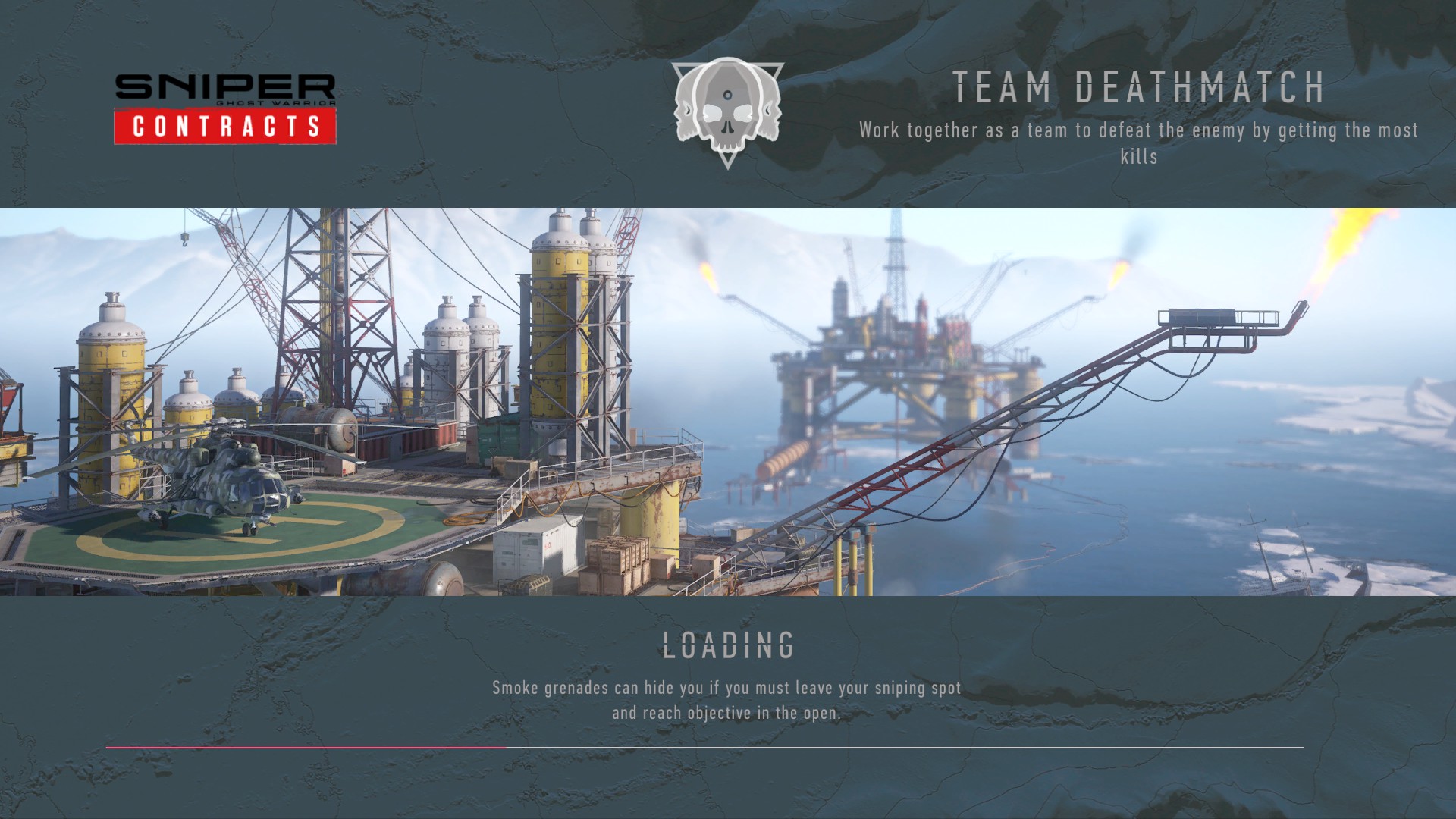 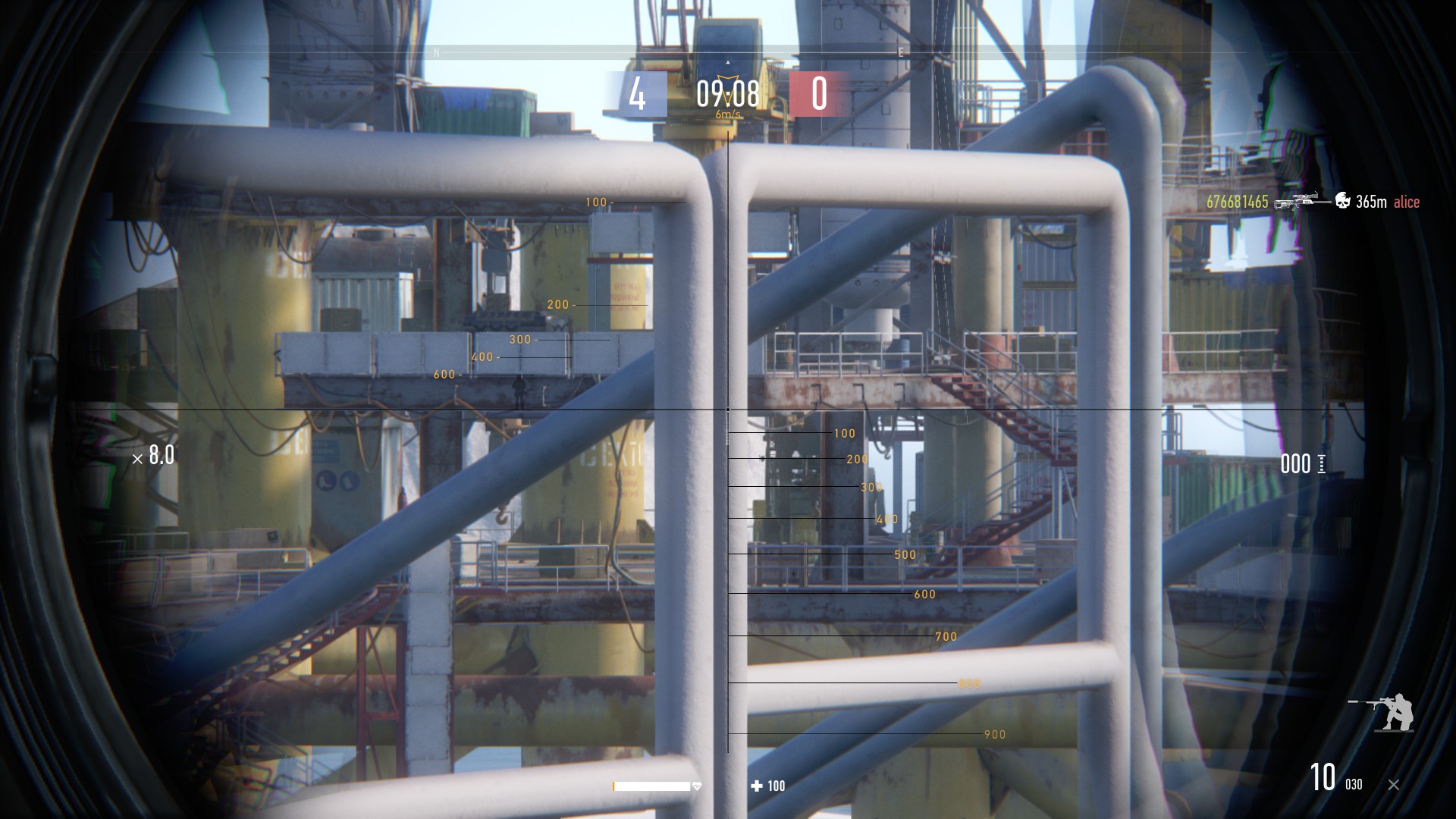 LOL I fired this game up again maybe for not playing a year finished the 1st it was really hard for me died maybe 40+ times. 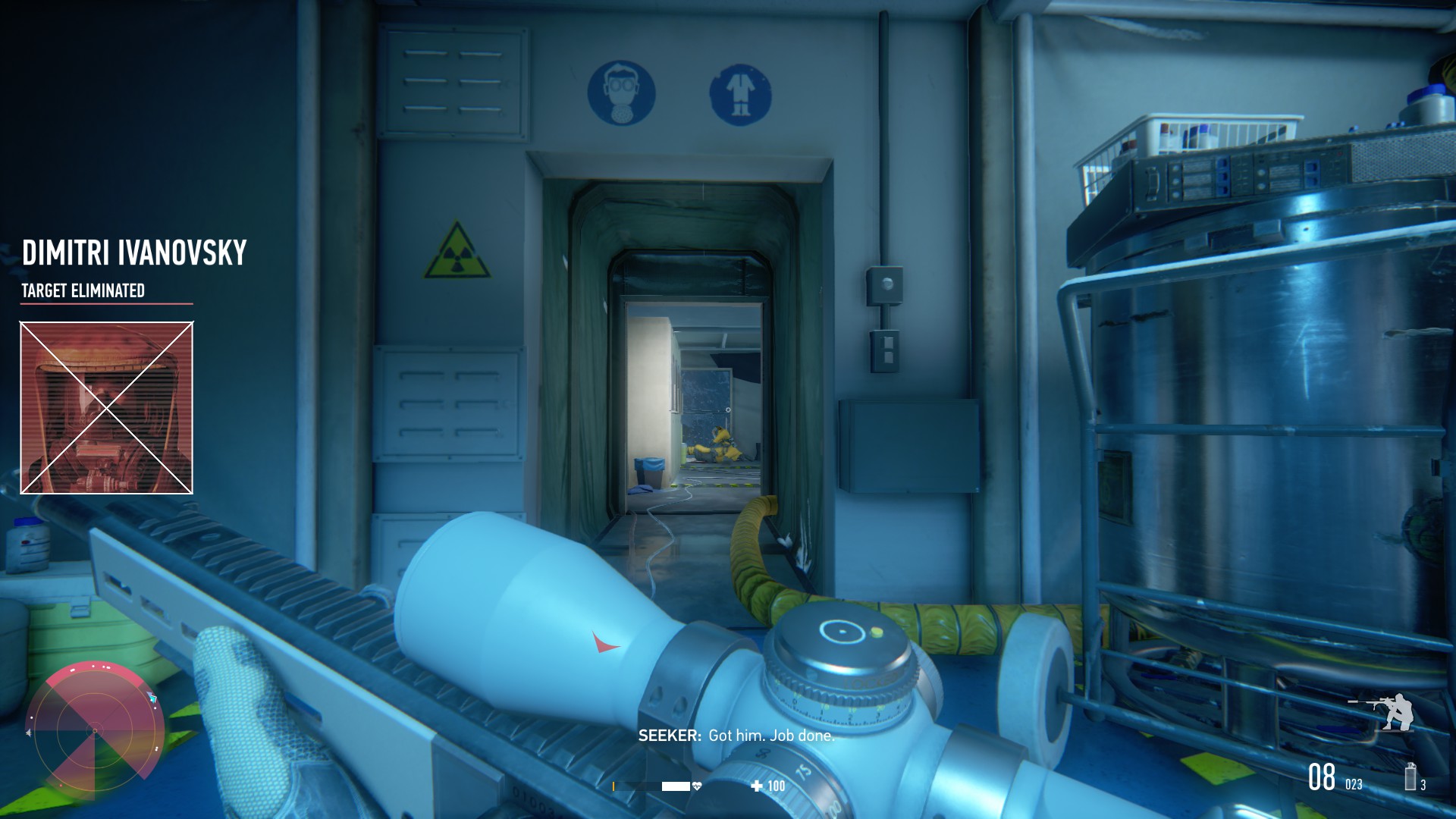 Killed this Bozo about 20+ times before I realized I was running the wrong way after I killed him. 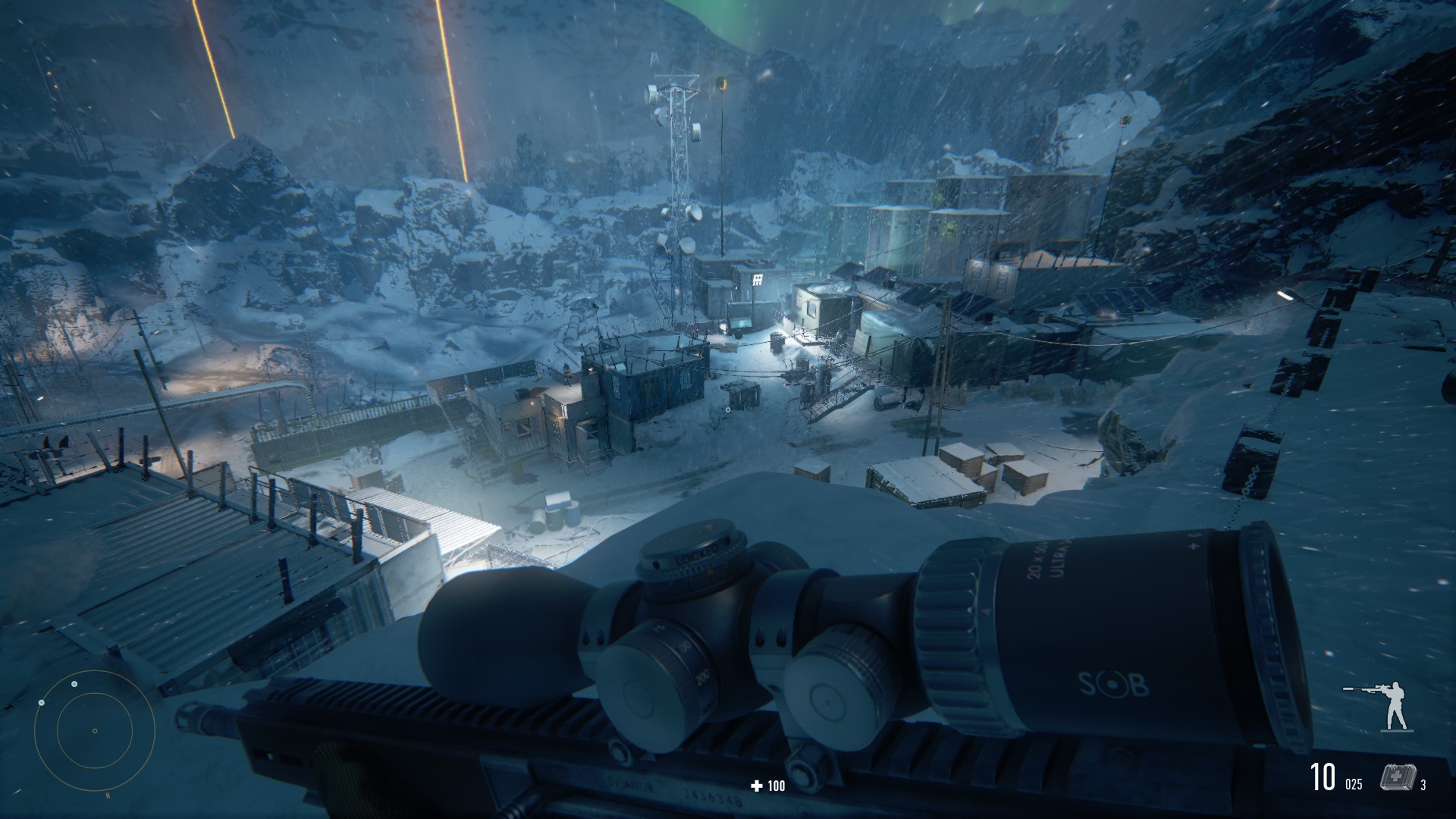 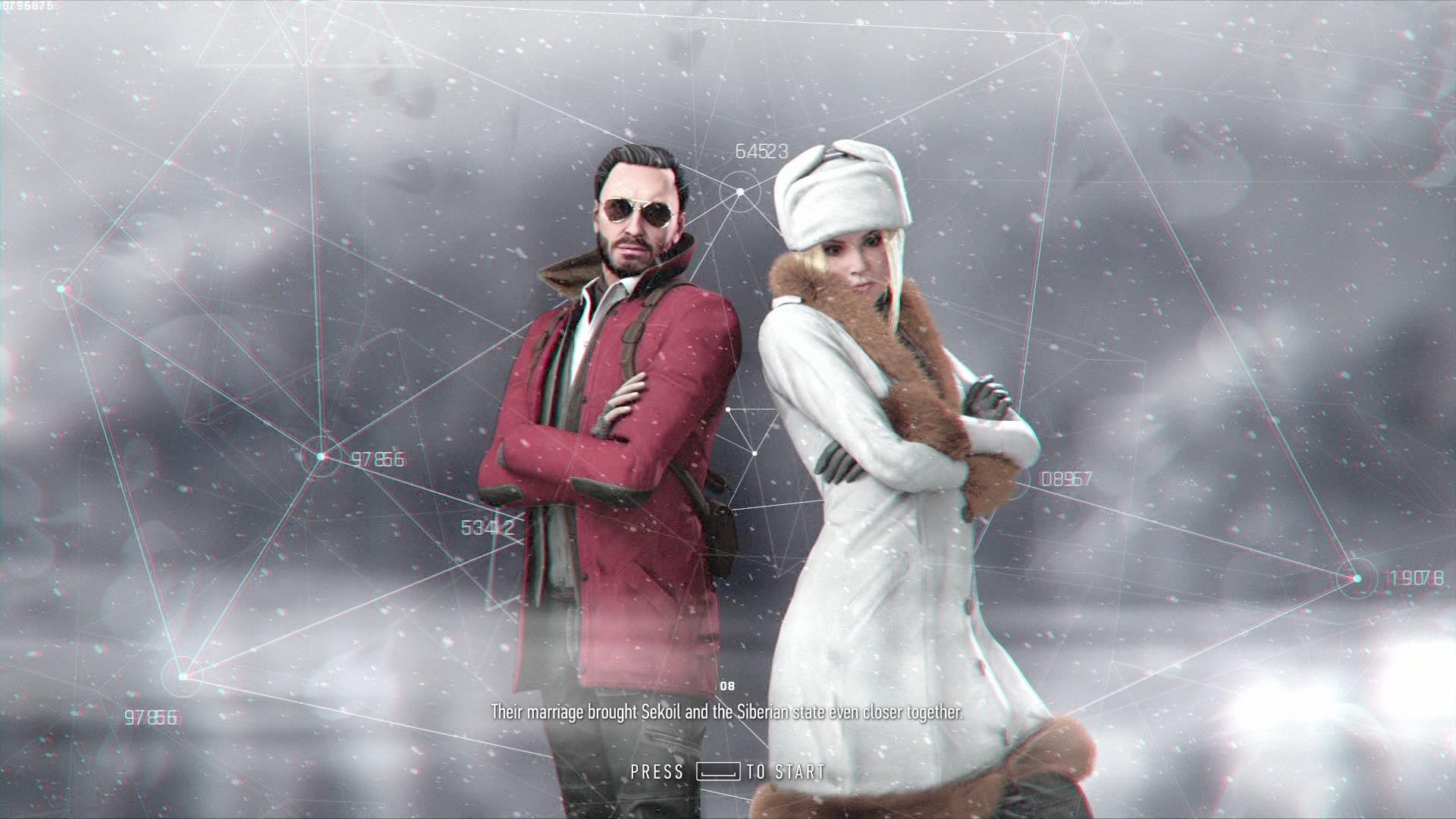 Finally got past the snow levels the 1st two contracts what would of helped if I applied armor to my development but the menus are wonky and I overlooked it. 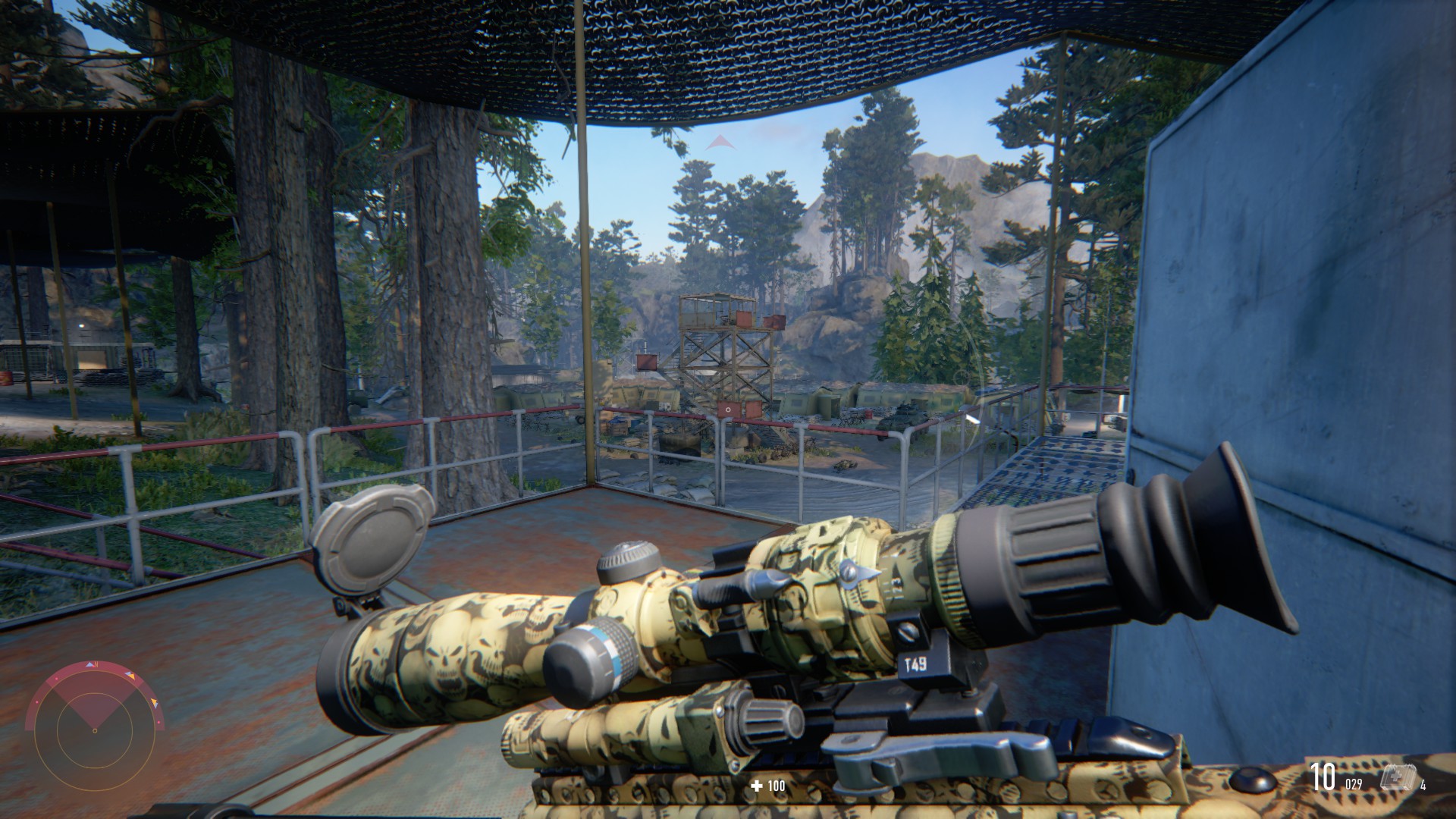 Skull Camo on the Chris sniper rifle not sure if it's named after the actual sniper. I should of upgraded to this before because of the faster shots the stock sniper rifle you have to keep switching back to close quarters weapons. 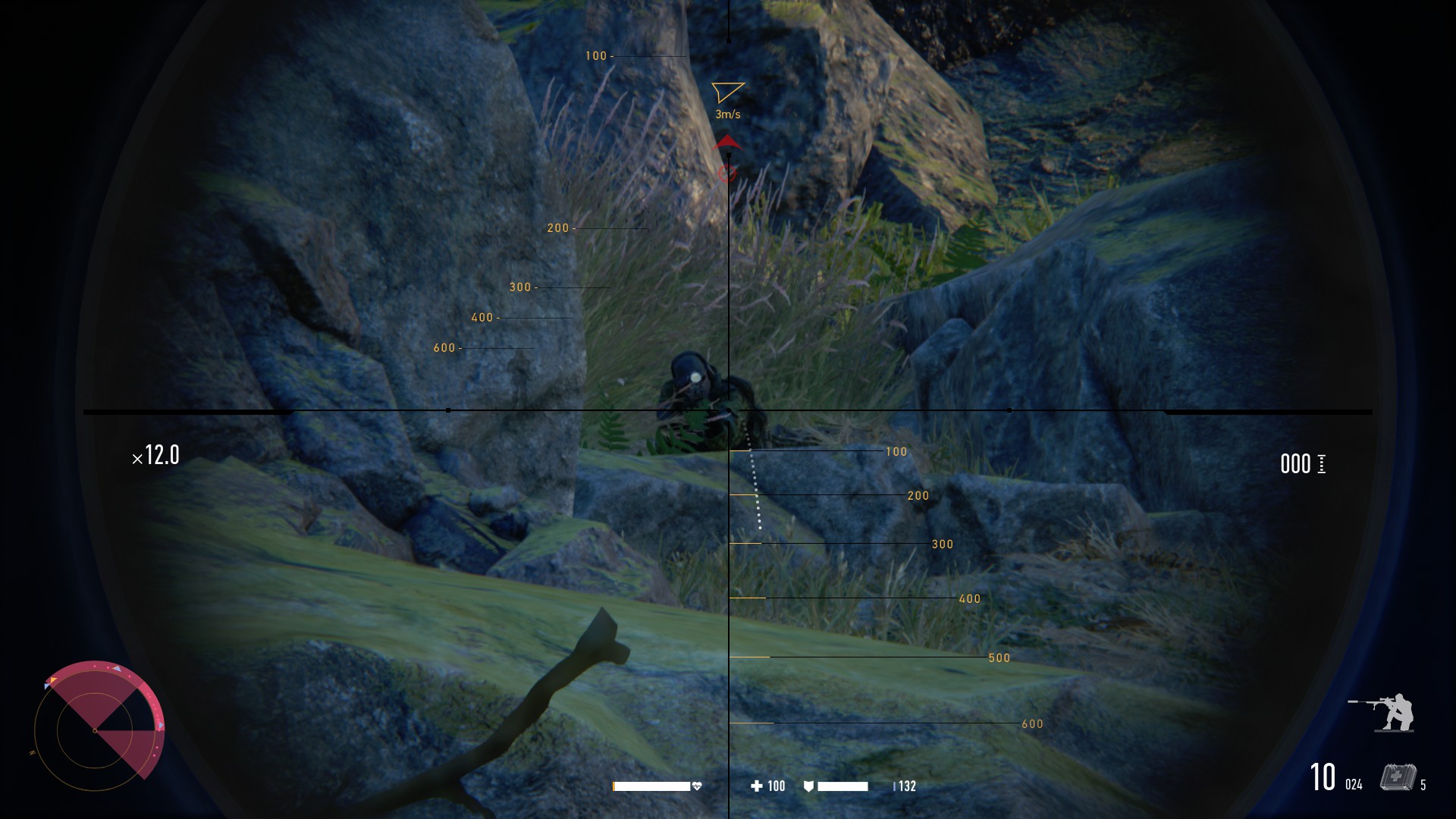 You a sniper too?
Restarted this area just now because I didn't have my 200 armor applied.

Keep your eyes open for SNIPER deals like these (all links in old thread w/ past prices):

FIRST IMPRESSIONS: I played one hour & was NOT happy.

I decided that I needed to sleep on it..

I realized I was playing run & gun (due to recent games) and saw that I needed to slow my roll.

Played 4 hours today & I am HAPPY.

This is basically STEALTH Crysis (without aliens).

The Ai is really smart which makes this game a challenge. I still haven't finished the last Act fo SGW contracts I got past the train cars and quit.

I'm disappointed there are only 5 locations + the tutorial / shooting range (no missions obvs).

I think a 6th location unlocks when you complete the first 5 (link below).

I'm playing Recruit, but it looks like there are added contracts at higher difficulties.
I have about 20 hours now after completing 3 maps & I'm averaging 58% completion.
I probably will not re-play this at higher difficulties until I get a better box running.
*I can only run Medium settings on this old PC @ 1080, but it would be much better at higher details.

The snow map is something else the 4th map. It's really big but it winds in all these hidden caves and stuff.
T