So, despite my recent gloating about not having any spinning rust in the laptop that's now my main PC, I've come to the conclusion that I actually do need more internal storage and since I can't afford to buy more 1TB+ SSDs for awhile, I'm fixing to replace my tertiary drive (480GB Crucial M500 SSD) with a 2TB Seagate HDD I already have around.

Ok so that's the setup, now I'm going to need a way to manually spin down the HDD when I don't actively need it and keep it spun down absolutely 100% no matter what Windows opinion on the issue may be, which is the difficult part. Awhile ago I used revoSleep for this purpose (actually in a desktop I think; the harmonics from multiple matched 7200rpm HDDs running slightly out of phase were... uh driving me bonkers)- is that still the standard for forcing HDDs to spin only when the user tells them to?

Things that are not solutions:
- using the hard drive externally (I have a bunch of external SSD & HDD as well but this is my main workstation now and I need more internal storage)
- buying larger SSDs (I'm going to do that eventually but that costs money I don't have for the forseeable future)
- letting Windows handle drive sleep (it'll just spin it back up constantly if an application so much as glances in Explorer's direction and god help me if I open Task Manager or run HWINFO)

Not directly answering your question, but on my Windows 7 machine the spinner (used for backups) only spins up when I click its icon in explorer or run resource monitor. Task manager and regular file browsing doesn't trigger a spin-up.
Can you make sure stuff like the page file, indexing, hibernation, defrag are set to not care about it?
N

michalrz said:
Not directly answering your question, but on my Windows 7 machine the spinner (used for backups) only spins up when I click its icon in explorer or run resource monitor. Task manager and regular file browsing doesn't trigger a spin-up.
Can you make sure stuff like the page file, indexing, hibernation, defrag are set to not care about it?
Click to expand...

I mean yeah, I could. But I would much much rather just have a toggle to completely shut down the hard drive in a way that Windows can't access it even if it wanted to, unless I make it available. I'm basically going to treat it like an external disk that's internal if that makes any sense... warm storage for things I only need to access a couple times a day at most and don't want to have to plug in a USB drive for, and if it spins when I don't want it to spin even occasionally I'm going to get annoyed. Putting a mechanical drive in a laptop is a pretty big concession for me at this point (been solid-state-only on all my notebooks for the better part of a decade and only had them in my desktops reluctantly) and I'd like the ability to mostly pretend it's not there, which Windows doesn't totally afford even with tweaks (especially Win10). The actual solution is getting a 2TB SSD for the 2.5" bay and swapping my secondary NVMe for a 1TB but that's a several hundred $$ endeavor I can't afford at the moment so I'm trying to make do with what I have on hand without driving myself batty with a humming wrist rest. 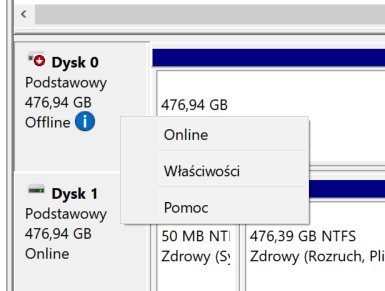 I typically have no problems with the drive being asleep. Even when I open explorer it won't spin up unless I try to access it. You should be able to use hwinfo as well, just disable all monitoring on that drive.
Z

Disable it in BIOS but that's only practical if the data on the drive is accessed infrequently.
L

You can tear your hair out trying to do this, or just give in to sad reality and leave them spinning. The OS developers will NEVER fix this since they don't use hard drives and don't care.
L

Offline the disk? Depending on if you have hot swap capability, you might be able to "eject" it too - I've never tried, but it's listed as an option on my system.
N

Did the swap- with a Seagate ST2000LM007 shucked from a tertiary USB backup drive that became redundant- used some strategic electrical tape & foam pads to dampen the thing, and I think I may have overreacted Over the fan noise & vibration I can only tell it's running if my ear is like 6" away or my left wrist on the deck, so it's not the catastrophe I though it would be. I think I've just been running desktops in shitty cases with multiple 7200rpm drives for so long while having solid-state-only laptops that I forgot that 5400rpm mini rust isn't so bad.

Buuuuut I installed revoSleep anyways, because I'm a control freak and I want to have the option to disable the disk when the laptop is off the desk.

For the record it seems to work fine on 20H2