Amid a number of recent security and privacy scandals, tech-related privacy issues are getting more attention than usual. Intel itself doesn't mine as much data as Google, Facebook, Amazon and others do, but they do sell the hardware to do it, hence they have a stake in the issue. Intel told Reuters that the privacy concerns "lead to 'pushback' on electronic health records and education data systems," which is bad for business. In light of that, they've drafted a "model designed to inform policymakers and spur discussion on personal data privacy." The legislation would protect companies from fines and lawsuits "if they attest to the U.S. Federal Trade Commission annually that they take strong measures to protect consumer data." Fines would be capped at $1 billion, but the companies would not necessarily be obligated to notify customers of data breaches. Intel created a dedicated site for the bill, and is currently looking for a sponsor in Congress.

Federal and state officials could still force companies to change their data practices and even pay restitution under the proposal, which Intel wrote and began talking to Congress members about this week in an unusual step for a corporation. But the protection from civil actions would constitute a major win for Silicon Valley tech companies that would come at the cost of being more forthright about how they process user data. Repeat offenders could lose protection, and executives who falsely certify their compliance could face criminal prosecution, according to the proposed legislation provided by the company. David Hoffman, Intel’s global privacy officer, told Reuters on Tuesday that executives’ fear of imprisonment would drive "the best privacy protection you can get."
T

Nope. You hold the data? You're responsible for its security.
A

HFS...don't have to report the data breach?!
B

Lol ... That's a sham. Capped fines allow companies to weigh the savings of lax security versus the revenue potential in advance. If I can potentially make $2bil doing something I shouldn't and the risk is only a max of $1bil, where's the deterrent?

Protecting companies from litigation if they simply declare they're secure? I'm sure Equifax's musical director would have declared to the best of her knowledge. Companies won't knowingly declare they're not secure.

And not obligated to tell customers of breaches? No thanks, this is about as one-sided of a proposal as they could put fourth without just scribbling "f you and your data, dolla' dolla' holla' ya'll" on a napkin.
T

Is it April Fool's already?
V 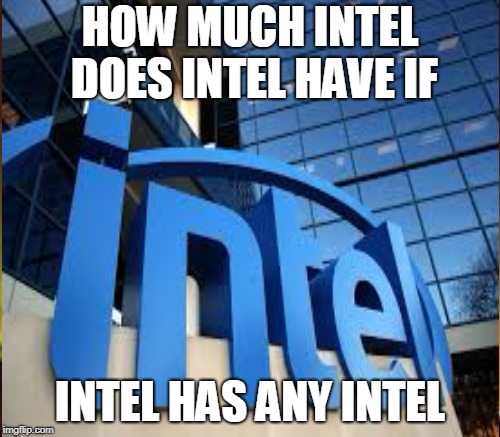 Software companies brought it on themselves.
K

AlphaAtlas said:
The legislation would protect companies from fines and lawsuits "if they attest to the U.S. Federal Trade Commission annually that they take strong measures to protect consumer data."
Click to expand...

so.. they can make a "statement" we are trying.. and that then protects them from lawsuits..

HOW convenient.. for them..