How profitable is mining, really?

Archaea said:
You shouldn't need to do that. Depending on your GPU.
With my Ampere cards (30 Series), a 3080 for instance. I have my GPU running at 225 watts, 1200 memory, and can play indie titles without even stopping mining. I can use the desktop, surf the web, watch youtube, and if I didn't see the program open, I wouldn't even know I was crypto mining for there is no noticeable performance difference. I recently played 30 hours of Kingdom Rush Vengeance for instance, and never stopped mining, and had no issues.

I do stop mining when I want to play a triple A title with difficult demands, but for most simple games you can just mine while you play.

Now if you have a Pascal card (10 series), you might notice more performance hit - I did with 1070 or 1080TI, but you could still play the most simple games or browse the web while mining.

I never mined with Turing (20 Series), so I can't speak to that, but no need at all to stop mining with Ampere generation.
Click to expand...

Watching Youtube can drop the hashrate nearly in half depending on the video you are watching. I think watching 1080p 60fps content will drop your hash rate while everything lower doesn't really affect it.
I'll usually just remote into my Plex server and watch those youtube videos in a remote window,

Uhh... nice taste Zepher. Try disabling hardware acceleration in your browser and it should fix the hashrate drop when watching youtube videos.

For a home miner, thinking in terms of maximizing profit per watt is useful, because usually heat and power will be your limiting factors. You'll probably have the stuff indoors sucking up AC and you'll probably be limited to 200-300 Amps. It doesn't take much to max out your power usage and if you're running inefficient hardware you might be making $5k / month instead of $10k / month with the same power utilization. You can move stuff outdoors to use less AC and run extra outlets and such but eventually you'll hit a brick wall. I was playing around with this today and surprisingly the new Epyc CPUs are pretty good. ROI is another issue, and for CPU mining it's typically longer, although this year there were periods where a ryzen 3xxx CPU could ROI in < 6 months.

Here's what currently profitability per watt looks like @ $0.05 / kWh:
https://files.catbox.moe/f40yj8.png

I think as everyone knows, ASICs are by far the worst. If you're looking for the most profit period they can be good options if the market is booming, but once you scale up and max out your electrical and cooling capacities they end up costing you profits in the long-run. There's also the issue of dealing with mining companies who are selling you their hand-me-downs. But if you have tons of cheap electricity and cooling then they're worth considering. On the other hand, if you scale up with power-efficient CPUs or GPUs then you'll earn more money in a given footprint. GPUs generally seem to be the best option but if ETH mining ends maybe that will change. CPUs would be nice though because cheap server racks and stuff are plentiful and make it so much easier to organize things and manage airflow.

Finally, it's really easy to spend extra on stuff you don't need so you have to be careful of that to keep your ROI time as low as possible.
A

idk what to say said:
a reminder of the weekend! lol
Click to expand...

The only device I have integrated GPU is a gaming laptop with integrated intel and discrete 1050 Ti GPU. I used laptop to mine Ravencoin for a few days this winter. Cooling isn't that great so I put laptop out in the garage when temps were below 40 degrees outside. I'm going to add some pictures to help you with visualizing what I am talking about. I bought an HDMI splitter to use PC and Xbox on the same monitor HDMI port. You could do something similar and plug HDMI from GPU and from motherboard into splitter and push select button to select GPU or integrated graphics rather than having to move HDMI cable all of the time.

What other questions do you have that I may not have answered? 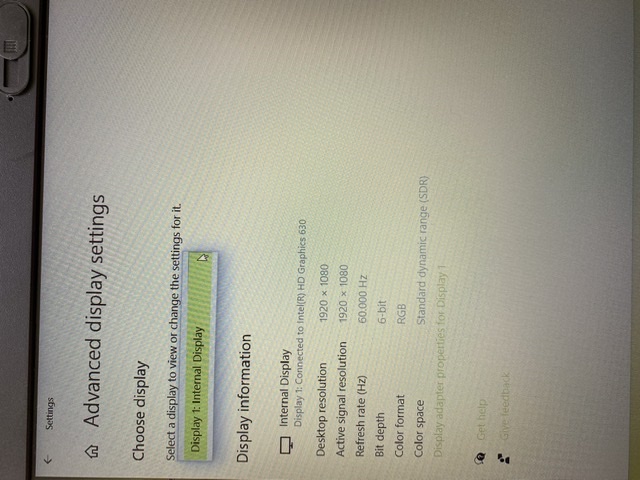 Yes, the fees changed, I pay $3 per payout, so if I want payouts often I won't make as much and may even lose money, but if I take payouts less often it will be less costly.
G

Agent_N said:
Yes, the fees changed, I pay $3 per payout, so if I want payouts often I won't make as much and may even lose money, but if I take payouts less often it will be less costly.
Click to expand...

I set my gwei max on ethermine to 25 gwei, it took a couple days but it finally got that low last night and it paid my wallet. fee was about $1.55
You must log in or register to reply here.
Share:
Reddit Pinterest Tumblr WhatsApp Email Share Link
Top