Gigabyte Aorus Gen4 AIC adaptor - anyone got it working on X570 board?

Bought one of these thinking I could expand my storage with M.2 drives but I am having trouble getting it to run @ x16

would really appreciate if anyone can help me out here - other then sell and get a Threadripper (which I would love, but....<$$$)

NB: anyone know if this will only work on Gigabyte boards and TRX40 chipset?

It's normal, your graphics cards has 16 lanes when it's the only card, once you add a 2nd x16 card both will drop to x8, this would be the same for most mainstream motherboards unless you go HEDT.

Now PCIe 4.0 x8 would be equel to PCIe 3.0 x16 so it should still be plenty fast unless you have a specific need to get the full speed

X570 is the wrong platform for a Gen4 bifurication card. You only have x8 lanes to feed it so at most you can only use two nvme drives. You'd need a platform with 16 lanes and bifurication support to fully tap into the AIC card, so yea TRX40 or similar will obviously be best.

At x8 you won't be able to hit the upper limits of 15gbps read and write. For ex. my trx40 workstation: 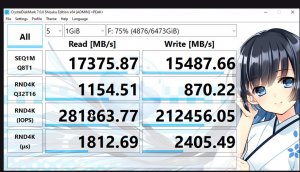 I managed to get 5 drives up, I stripped 4 of them and left one for boot disk, unfortunately only two on the Gigabyte controller, 3 on the motherboard with I see no improvement over 3 disks

depending on what test you run on Crystal default or Real World Performance I did three test on each (a lot of testing - the wife is away on a girls weekend, so I had time ;-)) 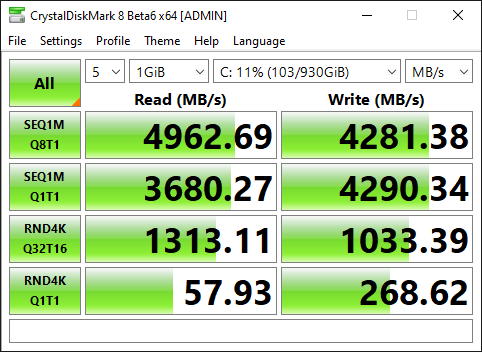 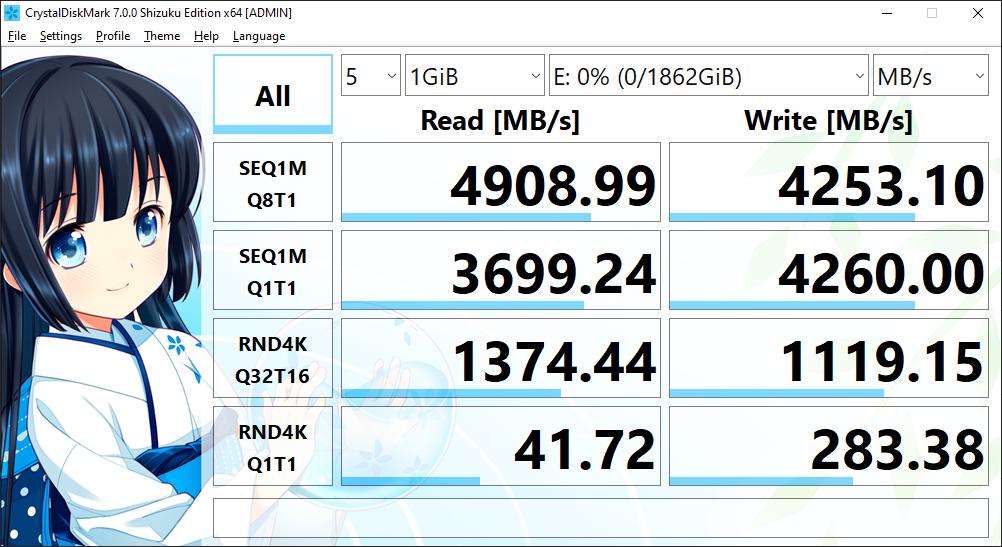 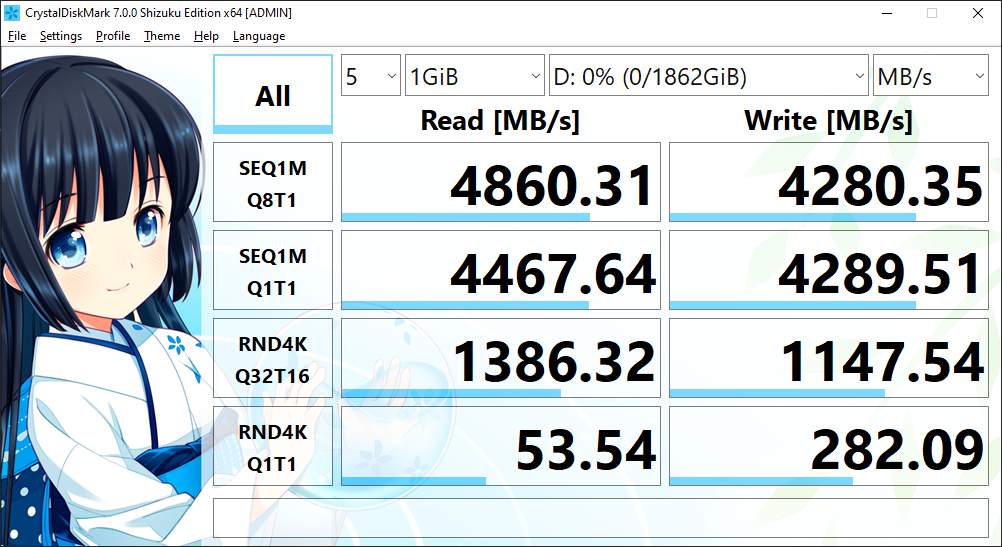 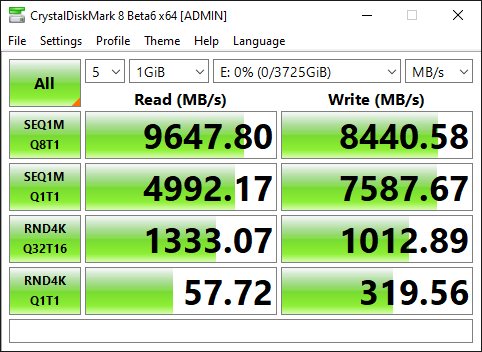 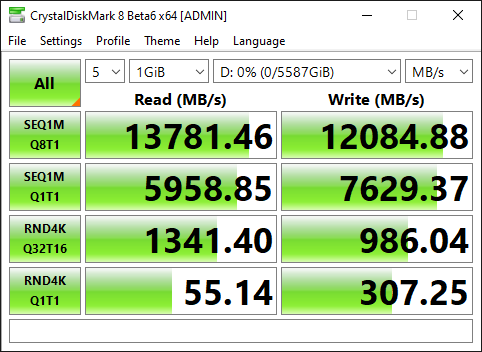 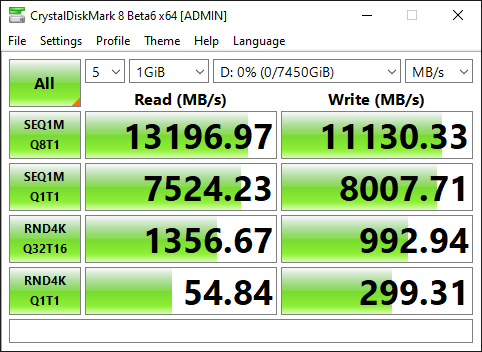 so it looks like without PCIe running at 16x, 3 disks will be that max, unless you need the extra space

thanks again for taking the time to reply