First, in the summer of 2018, the CST-100 Starliner (Boeing's human-rated space capsule for NASA's CCP) had a big leak during vacuum testing. Then the 737 Max problems. Today Boeing has cleared those bad past feelings away, and with a reinvigorated, joyous look to the future they did a CST-100 pad-abort test, throwing the Starliner capsule into the air using its abort thrusters and recovering the capsule with the system's parachutes and airbags.

Except only two of the three parachutes deployed. Boeing employees were keen to point out that it was not a 'failure', since the system is designed to land safely with only two parachutes. Instead, it was called a 'deployment anomaly', and Boeing spokespeople said they were certain that the anomaly would not hold up the program.

NASA has been ferociously saying absolutely nothing about the qualifications of a 'deployment anomaly'.


P.S. Of course, SpaceX, the other contractor in the CCP program, has refused to be outdone. Several months back they one-upped Boeing by placing their Crew Dragon space capsule on the test stand and then blew it into tiny pieces.
L

About how the 737 NG's (The model before the 737 Max) are developing cracks in the wings at a faster than normal rate.
J

How can you forget to mention the NG's fork cracking issue or the CEO's miserable performance in front of congress. When you can make a congress kritter sound semi-knowledgeable you know ya done eff'ed up.

The nice thing about triple redundancy is if you have one failure there are two 'backups'. That there was a failure is bad. The fact that it recovered safely is a good thing. Hopefully they find out why it failed so it can be fixed.
C 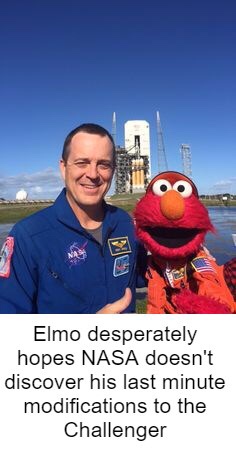 More sure signs that there is trouble behind the scenes in that company, and it has been going on for a while. GE comes to mind when I read this.
T

Good read here, talks about how the same money first engineering second culture that took down McDonnell Douglas has taken over Boeing in the years since the merger.

And the Dutch welcoming the flying lemon f35 with foam instead of water. Great look.. Cracked me up.
D

if it was easy, everyone would be doing it. Space is still quite hard, so failures during testing I wouldn't fault any of those companies willing to try on.

Failures after testing that you basically side-stepped yourself out of actually doing and in other cases basically lied about the results of the self-testing that was done ....that's different. Wouldn't be sad if the entire company collapsed due to that. It deserves to.
The managers in charge of making those decisions should be jailed on manslaughter charges.

Maybe if there were big consequences, we might finally be able to start kind-of justifying the insane wages these people make ...and maybe they'll start hiring people who they can trust to make good decisions.
G

[H]ard as it Gets

As for Boeing, agreed: it seems like managers are managing rather than engineers engineering.
D

Congrats to Boeing for successfully combining two tests in one flight. A partial parachute test is one of the milestones for manned flight. Of course, this flight has now generated the "Why didn't the chute open?" investigation followed by several make sure it works test drops.

IIRC - the SpaceX Dragon 2 was originally planned for landing on dry land like the Russians have done for decades. NASA mandated water landings. The part that exploded was due to a leak in a valve that allowed multiple restarts of the landing/escape rocket motors. Since the motors are now a fire once per flight setup, the valves were replaced with burst disks.

It looks more like a human error thing and not a engineering or hardware failure. Apparently there is video and pics that confirm the rigging was not properly attached. The good thing of this is there should be minimal delay and will result in better procedures and checks to prevent a similar mishap.
Boeing is still on track for a mid December launch on a Atlas V.

I think SpaceX is hoping to attempt another static fire test soon. I was under the impression it was supposed to happen this week with a possible in-flight abort test next month.
Last edited: Nov 10, 2019
A

As for Boeing, agreed: it seems like managers are managing rather than engineers engineering.
Click to expand...

The SpaceX issue was resolved already by moving to more conventional burst discs. It was an exotic explosion between the hypergolic fuel reacting with Titanium. SpaceX’s focus on reusability was the key driver behind using valves instead of single use burst discs.
I

Americans create excellent managerial science, but their corporations ignore it. The competition picks it up and buries them with it.

I can't give Boeing crap over this. NASA, SpaceX, and everyone else have had parachute issues at some point.

There was no rocket. The Dragon capsule was bolted to the ground for static-fire testing of the launch escape system. It exploded because of a leaking oxidizer valve.


Now they've redesigned the Crew Dragon to eliminate the possibility of another valve problem. This is why you test test and test some more.
K

DeathFromBelow said:
I can't give Boeing crap over this. NASA, SpaceX, and everyone else have had parachute issues at some point.
Click to expand...

You can and you should. Boeing quality control has gone massively downhill. They've knowingly installed bad parts into aircraft. https://www.forbes.com/sites/isabeltogoh/2019/11/06/new-boeing-whistleblower-warns-over-787-dreamliner-oxygen-systemreports/#2204f84223f6
You must log in or register to reply here.
Share:
Reddit Pinterest Tumblr WhatsApp Email Link
Top