I am so very conflicted about this...
https://www.belloflostsouls.net/2020/10/geekery-asus-and-bandai-team-up-for-gundam-themed-tech.html
R

I’m a “new mobile report” fan... a mobo might be interesting.

looks cool but why is the weaker router for the white gundam? is that a spolier? is the red one stronger?
J

I am not conflicted. 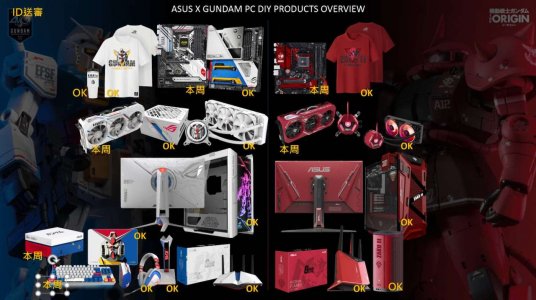 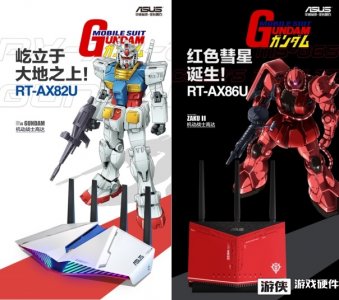 I don't mind this, but some of that stuff is ugly as a result of the theme.
L

Joust said:
I am not conflicted.
Click to expand...

I am conflicted in the fact I want it and hate myself for it.
R

When they do these collabs, it would be nice if they'd make them the highest-end versions of the items around. Its always disappointing to see mid grade at best stuff getting priced to the moon because of unique aesthetics.

That said, I've had good experiences with Asus and this is kinda neat, but I generally prefer when they make things that are more "in universe" rather than slapping a Gundam head or picture on something. I generally love when Japan does stuff like this. Consider the Neon Genesis Evangelion phone editions which have been going on since the 90s pretty much. Almost all of them including the most recent have "NERV" iconography and all sorts of show tech/organization emblems, custom UI skins and whatnot , and generally are designed to look like items that would be present in the world of the show and/or are used by the characters; its not simply slapping a picture of a mech on something.

Interesting. Kinda hoping these bomb so I can pick them up for cheap on the secondary market.

However I doubt that will happen.

I really like the router design, and it'll likely be able to AIMESH with my current Asus router setup.

The weebs will be all over this.
K

I grew up on Gundam and this doesn't do anything for me. It's just a color pallet applied to a bunch of existing parts.