This is what happens when the name of your company means "hateful conceited snob" in another Mandarin. (I made that up.)

Apple's share of the Chinese smartphone market fell last quarter, according to one analysis, representing the waning dominance of the iPhone ahead of a major milestone. Local brand Xiaomi snagged the fourth-place spot that was held by Apple, leaving Apple at No. 5, according to Canalys, an independent analyst company. Samsung is also in the top 10 smartphone brands in China, although only the top four brands were ranked by Canalys' statement. Huawei: 23 million - Oppo: 21 million - Vivo: 16 million - Xiaomi: 15 million
U

Cheaper has advanced too much.

It will only sell well if it's priced at US$99 per phone (no contract). iPhone is just too expensive in most parts of Asia (talking about selling organs to buy one).
Q

That picture on the front page made me LOL.....
Why would someone want to pay full price for a phone if they are $900? Not sure how it works in China but I assume people don't have the type of plans we do in the US to reduce the cost of the phone.
C

Because of the freedom to load whatever carrier we wish into the phone.

Converse, I was dumbfounded when I found, during earlier days of iPhone, Apple stores sold AT&T contract iPhones and you couldn't legtimately buy an unlocked phone even in Apple's own stores.

I always prefer buying unlocked phones over phones that have contract, and contracts have even less of an issue for me as they never sell SIM locked phones. I don't like the idea of being locked into a contract that I may want to get out of.

SIM locked phones are complete no-no for me.
L

It looks like Apple is fighting back, at least in some markets. An iPhone 5s is 50 bucks right now on Straight Talk, which is crazy cheap for that model. Unfortunately, this is prolly a case of clearing inventory, and not a sign that Apple will begin catering to a low end market.
S

Also doesn't help that rich Chinese folks want iPhones from the US supply, which count against the US numbers.

I had a buddy that imported a few iPhone 7's to China on his last visit because his Chinese friends didn't want the hassle of dealing with counterfeits.
B

leathco016 said:
It looks like Apple is fighting back, at least in some markets. An iPhone 5s is 50 bucks right now on Straight Talk, which is crazy cheap for that model. Unfortunately, this is prolly a case of clearing inventory, and not a sign that Apple will begin catering to a low end market.
Click to expand...

A little interesting note about the image used on the front page:

The sihlouette of the crapping dog is almost exactly the same one as seen on signs found in some parks and grassy areas in Europe. I saw one in Dinant, Belgium a few years back and just had to take a picture of it: 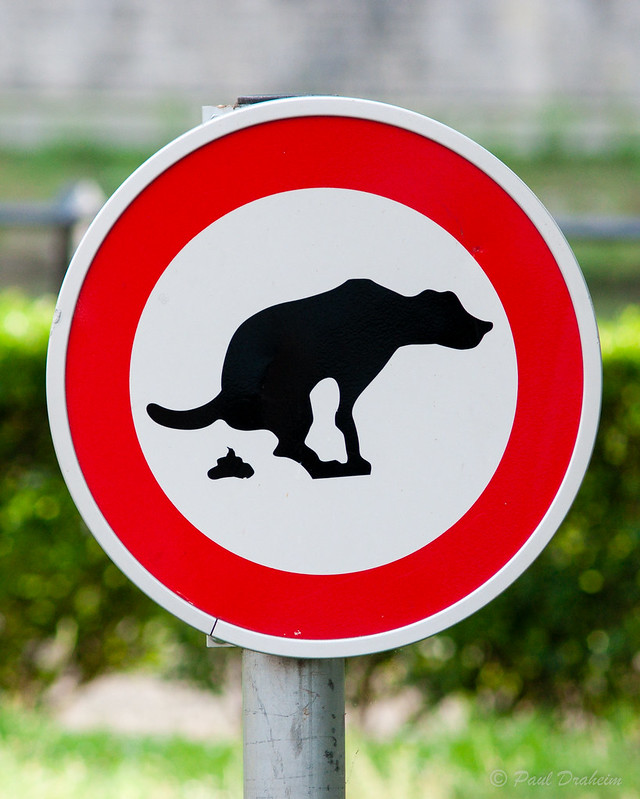