A "Legend" Reborn: Logitech Brings Back the MX518 Gaming Mouse

Logitech has announced it is re-launching what “many consider to be the finest gaming mouse of all time,” the MX518. The original, which was launched over a decade ago, has been updated with the latest, next-generation technologies including a HERO 16K sensor and 32-bit ARM processor allowing for a super fast 1ms report rate. Also featured are eight programmable buttons for custom commands, as well as onboard memory for saving preferences directly to the mouse.

As one of the most-beloved gaming mice ever, MX518 has inspired legions of fans around the world to ask Logitech G to bring it out of retirement. And we heard you. We pulled the original tools from the Vault and meticulously restored them—right down to the original glossy keyplate. It’s the classic, comfortable shape you know and love, now with modern components that perform to today’s advanced standards and a new, updated Nightfall color scheme.
T

I liked when they made the g400 which was basically supposed to be the successor and specifically mentioned in one of the posts announcing it that they fixed the fucking cable problems.

They did not fix the cable problems.

I had like 6 of them fail the exact same way, Logitech kept replacing them. I eventually gave up and got a Deathadder

my Mx518 is next to my keyboard right now... still going strong!!

maybe it's time i replace it.
C

The 518 was a great mouse. But the BenQ Zowie EC series is better than anything Logitech has ever made. If they had done this a few years ago I might have been excited. But I've moved on to Zowie.

Still rocking my Logitech G5 after all these years. Sells for $300 or more via 3rd party buyers on Amazon and Newegg... Guess that model was pretty popular as well before Logitech canned it.

But ya, the 518 was good, but there are better mice out there now. I’d much rather see them resurrect their G19 keyboard with a better OLED display and true mechanical switches. Now that would be something worthy of resurrection.
Last edited: Feb 23, 2019
K

I have went through many mice since my mx510.
If they can keep the weight and shape the same with all the modern bells and whistles, then I'm buying.
T

After my G602 died recently I went back to the 518 and its still going strong. Miss the extra side buttons, but at least I'm still gaming.
M

says it has "advanced technology", will probably have swapped out internals ignoring why so many people are still using theirs today(the fact that the thing actually lasted a decent amount of time).

This is definitely good news but I have to say my G502 is an excellent quality mouse. My original MX518 died from cable issues and while Logitech did replace it (3 times actually) I eventually moved to the G502 and it's lasted quite a few years so far.
R

Cmdrmonkey said:
The 518 was a great mouse. But the BenQ Zowie EC series is better than anything Logitech has ever made. If they had done this a few years ago I might have been excited. But I've moved on to Zowie.
Click to expand...

The EC series from Zowie and Logitechs G403 pretty much have the same design taken from Microsoft intelli 3.0, but the G403 has better clicks.
P

The MX518 was a fine mouse, but I would argue that the MX Revolution was their finest mouse. I've been using a G700 then G700s when the 700's switches inevitably died, ever since the Revo I can't live without hyperscrolling on my mouse and at least a dozen buttons.

Been using a M510 wireless for years now - seems to use the same body style? Love my G810 Orion Spectrum ...

what makes the MX 518 so legendary?

Cool a "my favorite" thread. The g602 is the finest mouse they have ever made in my humble opinion. Great weight, you can use it with one battery to lower the weight, dpi is in a good place, just the right amount of buttons and great palm feel. Incredibly long battery life and great range.
Y

I haven't paid any attention to the mouse market in years. I still have three 518s that still work well as backup mice, but I've been using a G500s for the last several years. I hope it doesn't break anytime soon because I don't like what's out there out all in design or prices. My G500s is essentially the gaming version of the 518 (at least in shape). I only had to de-rubberize with alcohol the sides of the 518s to keep them usable. The 500s is textured plastic so no problems there.

I'll wait until it goes on sale for <$30 before giving it a try. I used to go through Logitech mice like candy, including the MX500, MX510, MX518, G400 and G500 (the MX500 lasted the longest). It was s combination of button failure and cable failure (actually I think it was at the circuit board the cable was connected to). I don't game barely at all anymore, let alone in 30 hour marathons like I used to, so maybe it'll hold up.

But, I have yet to use a mouse that was as comfortable, or that I was able to move around the buttons faster or more accurately with.
C

I actually just dusted off my MX518 when I got back into fragging a few weeks ago. The side buttons on the G700s I "upgraded" to just don't do it for me. Bad location, no feedback or click to them. They suck.

Just upgraded to a g502 hero, if it has the same sensor I might have to pick one up. I ran my first MX so long I wore the plastic feet off of it.
T

Now, Microsoft, bring me back a proper 5 button intellimouse!

I still have mine .. the scroll wheel or right click went a bit goofy after years of service though
E

I also use the G9X still, had a G9 that I wore out before this. I remember when the "Call of Duty MW3" version was $15 cheaper for the exact same mouse as the regular Logitech version. Now they're all ridiculously priced on Ebay and out of print by Logitech.

Wish they still made the G700.

I am currently using the mx518 as my daily driver ever since my g5 died and i had to revert. The right click is broken on the 518 and i need a new replacement for competetive gaming. G5 was definitely better as was g500 but if the new 518 is lighter with better buttons i might check it out.

Supercharged_Z06 said:
Still rocking my Logitech G5 after all these years. Sells for $300 or more via 3rd party buyers on Amazon and Newegg... Guess that model was pretty popular as well before Logitech canned it.

But ya, the 518 was good, but there are better mice out there now. I’d much rather see them resurrect their G19 keyboard with a better OLED display and true mechanical switches. Now that would be something worthy of resurrection.
Click to expand...

That's basically what the G910 is. It has a phone holder instead.
T

digitalwanderer said:
The MX518 was a fine mouse, but I would argue that the MX Revolution was their finest mouse.
Click to expand...

I'm more partial to the Mouseman myself. 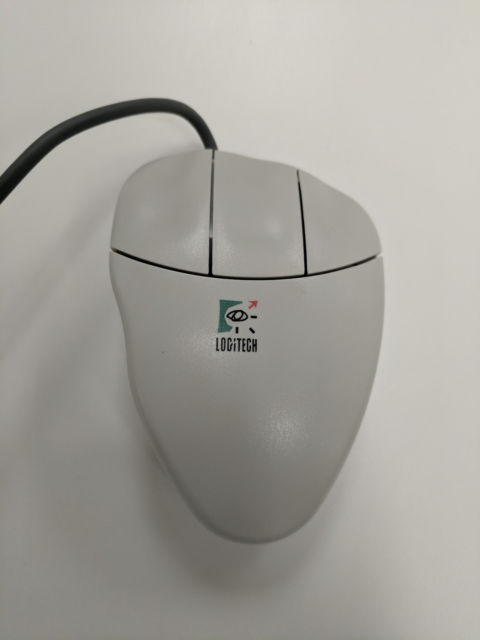 Look at that. The laser centered (front to back) the way it should be.
D

tetris42 said:
I'm more partial to the Mouseman myself.

Beat me too it, I'd buy a box of them (Logitech Mouseman) if they were re-released (minus the ball of course) I must have worn out a half-dozen of the darn things.
G

Rather have them bring back the G5, like having the two buttons right below the wheel
G5s are crazy expensive on ebay now. Bring it back

I had an MX518 in a rippled red and that mouse survived years of hard gaming and going along to DJ gigs, with all that entails. While it didn't last as long as my diNovo Edge (bought in 2005 and still chugging away with my HTPC, and looking great), it put up with a lot of abuse and took it like a trooper. Hopefully they'll throw out some shiny special editions, it won't replace my G910 but if I need to recommend a mid-range gaming mouse to friends, this will definitely be in competition.
S

tetris42 said:
I'm more partial to the Mouseman myself.
Click to expand...

I was looking for this, too! Mouseman Sensa with the textured surface was my favorite.
D

Galvin said:
Rather have them bring back the G5, like having the two buttons right below the wheel
G5s are crazy expensive on ebay now. Bring it back
Click to expand...

Still using a G5 now, wireless I have a few M510s. A friend let me use his Corsair and I've thought about other mice, but nothing fits quite as comfortably as this style of logitech. If they brought the G5 back, I'd probably pick up 2 more just for safekeeping.
W

SHUT UP AND TAKE MY MONEY

sharknice said:
That's basically what the G910 is. It has a phone holder instead.
Click to expand...

Close, but I don't want to have to futz with a phone. Want an attached/dedicated hi-res OLED display... about 2" tall and 6" wide that's built-in!

My G5 died on me this week after a ten year run and I got a Corsair M65 Pro to replace it since I've not liked any Logitech mouse I've used anywhere since the G5. Am missing the weight/size of my G5 big time.
You must log in or register to reply here.
Share:
Reddit Pinterest Tumblr WhatsApp Email Share Link
Top