Finally got a chance to finish up my wife's new computer. Back in June, she mentioned that Blizzard would be releasing a new expansion pack for World of Warcraft, and that her machine might not be able to run it very well without struggling, so I pretty much blew her stimulus check on a new machine (some assembly required, of course).

I decided to make it WoW-themed and hopefully, a little over the top. Fractal Design makes awesome computer cases, and I’m hoping they’ll like it enough for their case mod gallery when I’m done. 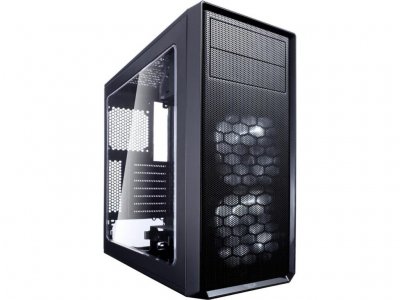 I wanted it to look like a piece of hammered metal distressed over time (like most Horde things are - never anything 'new' looking). Went with some Rustoleum Hammered Metal Pewter as the base coat: 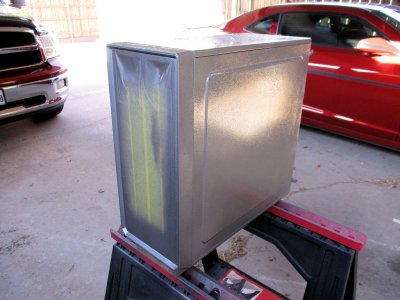 There was a high-end WoW-themed case I found with a cool map mural wrap, and decided to incorporate that into the look: Here's my version of that to start with... it gets crazy from here: 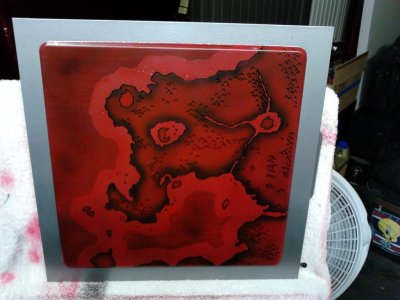 Here's the box stuffed with the gear (before the paint), up and running. I loaded up Win10 and World of Warcraft, then punched up all of the game resolution settings to max... and none of the fans even spun up from idle for increased cooling... unlike her current machine that sounds like a wind-tunnel when she's playing. 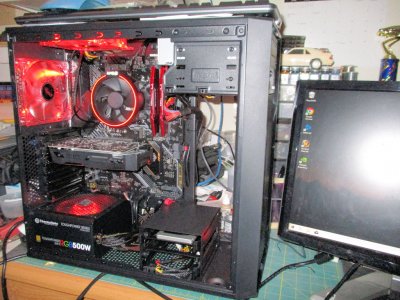 I went a little nuts with the distressing and rust effect - almost like I had a flashback to my Mach 1 after I first got it - LOL! Here's the mural panel with a cool Horde shield a buddy of mine 3D-printed. 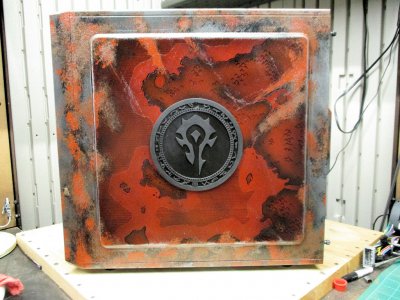 This is the window side. It was a little bland, so I hit it with the Dremel for some cool etching. With all the red lights inside, it takes on a cool red glow. 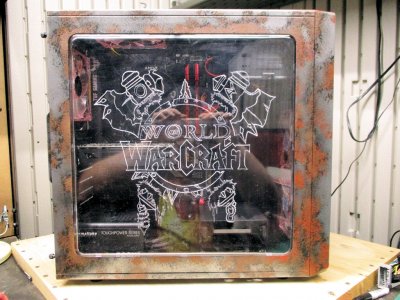 I stuck a nice 3D Printed Horde symbol on the front, which is backlit by 2 red LED fans. 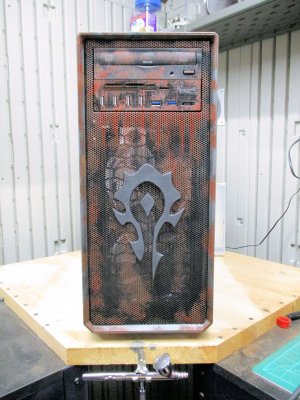 Can't really see all the lighting effects since my el cheapo Harbor Freight LED lights are so bright (best $50 I ever spent there, BTW). 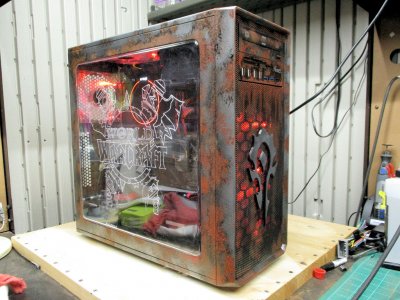 So, I put my thumb over the flash on my camera, and this is what we get (looks like I need a better camera): 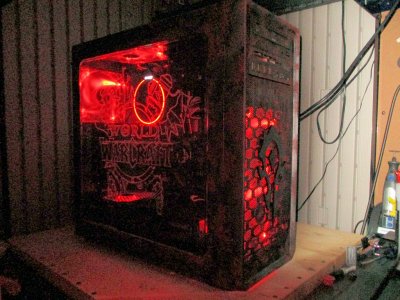 A nice top-down shot, which has more distressed metal than rust... which is really what I was going for, but she likes it because of all the red (rust red, but red). 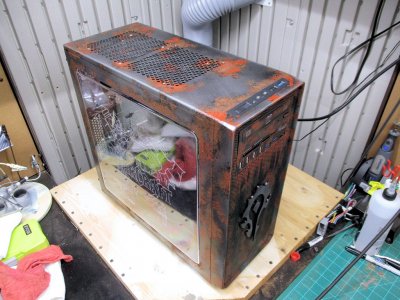 Last shot, 3 quarter of the front and map mural panel. I like it, had fun building it, and the thing's an absolute beast running the game. 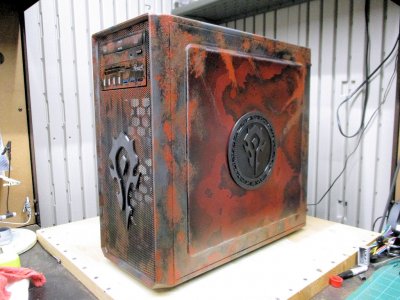 That is a nice old skool mod.
M

Thanks! I'm more of an 'old skool mod' kind of guy... never really got into the water cooling or other things - mostly just aesthetics.
Z