I’ll admit this is a camera I didn’t see coming. I was expecting the A7 IV to drop. Instead we got an 8k sports camera. Which signals to me this was in the pipeline (there is no way this chip and camera was developed in the last 3 months) and Canon “beat them” to the 8k punch.

It costs nearly twice as much as a Canon R5 or the same as a “1 series” sports camera. So it’s interesting to know if this can keep up with sports cameras as well as be an 8k video monster AND also not overheat. Something tells me that Sony has this cracked though.

While it’s too expensive for most consumers, it will definitely take a chunk of the top end pro market as it’s also designed as a high end, high FPS, sports camera to replace the A9 series. So in that sense, I think Sony has beat Canon to the high end mirrorless sports camera market. The A9 series has always had some level of compromise. This camera truly feels like a flagship 1 series camera: uncompromising. 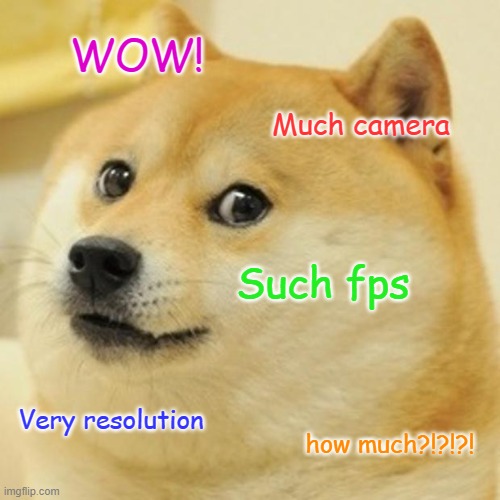 I'd love to have it but I'm too poor for it. It costs almost $9000 in Europe.
A7R IV will have to do for another 5-10 years.
You must log in or register to reply here.
Share:
Reddit Pinterest Tumblr WhatsApp Email Share Link
Top