Just a little background, I decided to build a new computer and decided that I wanted to go with watercooling again, but that I wanted to have it all self contained in a case. My current computer has a radiator hanging off the back and while it works, just not as simple as having everything inside the case.

I had a case kicking around since the early 2000s that I always really like, heavy construction, nice paint on the outside that I liked. After a lot of measuring, I figured that I could fit everything in there with some simple changes.

I already had a few things sitting here like a new EVO, a Corsair SSD mounting bracket, the 1TB Raptor, and decided to reuse the 980, with new NVIDIA hardware being announced soon.

Went with XSPC as my next go with water cooling, based on some products from here that looked good. I ordered a RayStorm Pro X4 Photon AX360, but received the non-pro version, which is just the waterblock difference. And I was too impatient to return (pricing was the same) so just rolled with it.

Did flat black on all the interior and did a gloss white on the inside of the back door for some contrast without getting too complicated. The outside is the original grey/silver color with original side panel, feet, and front bezel.

Overall, pretty happy with the way it all turned out, I think I would change a few of the fittings for water to 45 or 90 degrees to change bends. I need to get a USB 3.0 cable and mount it on the front of the case to replace the old USB hookups, would like to sleeve/shrinkwrap some of the wires and cables. And I think I would have done something slightly different with the PSU, I like Silverstones as I have had really good luck with them on the last 3 computers. But, the flat ribbon style, was difficult to work with due to limited space.

Couple of mistakes on cutting/drilling and the paint didn't turn out fantastic, but looks well enough. Not bad for my first attempt at a case mod. lol

Here are some pictures, excuse the stock photo as I lost the initial ones I took somewhere. 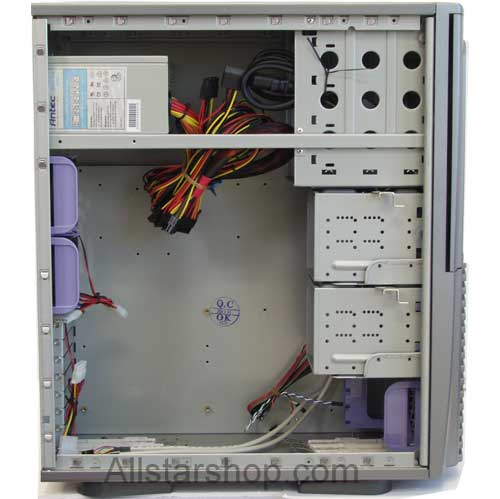 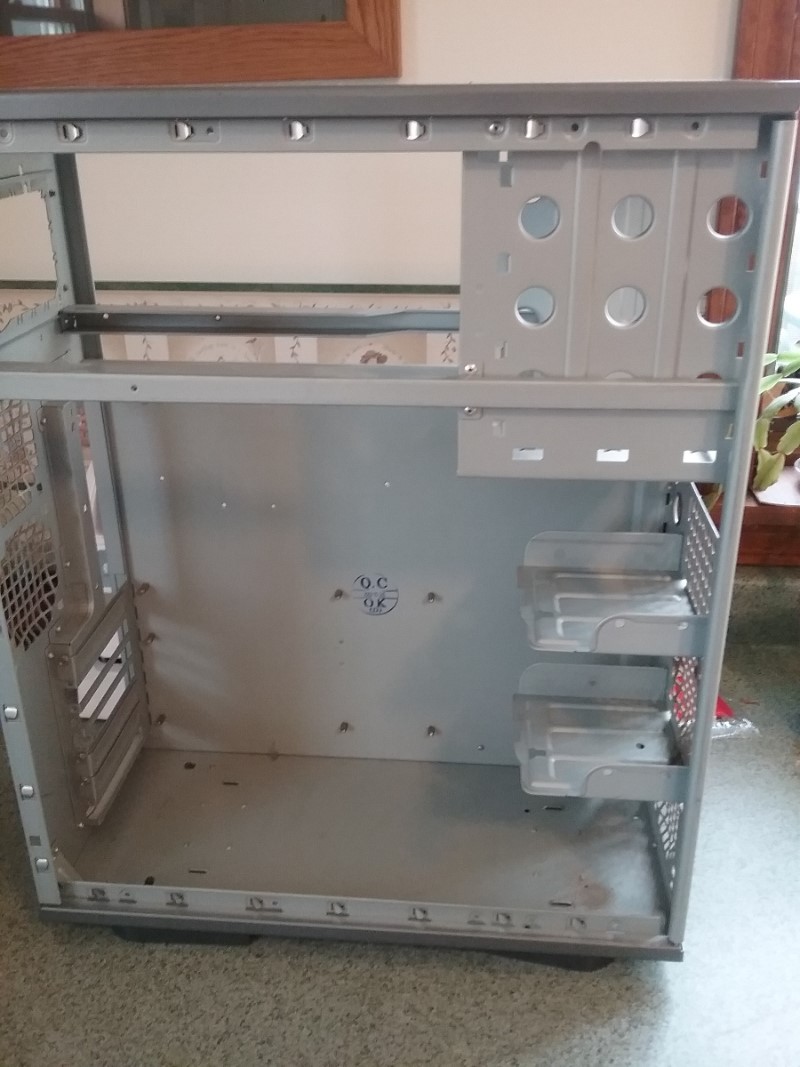 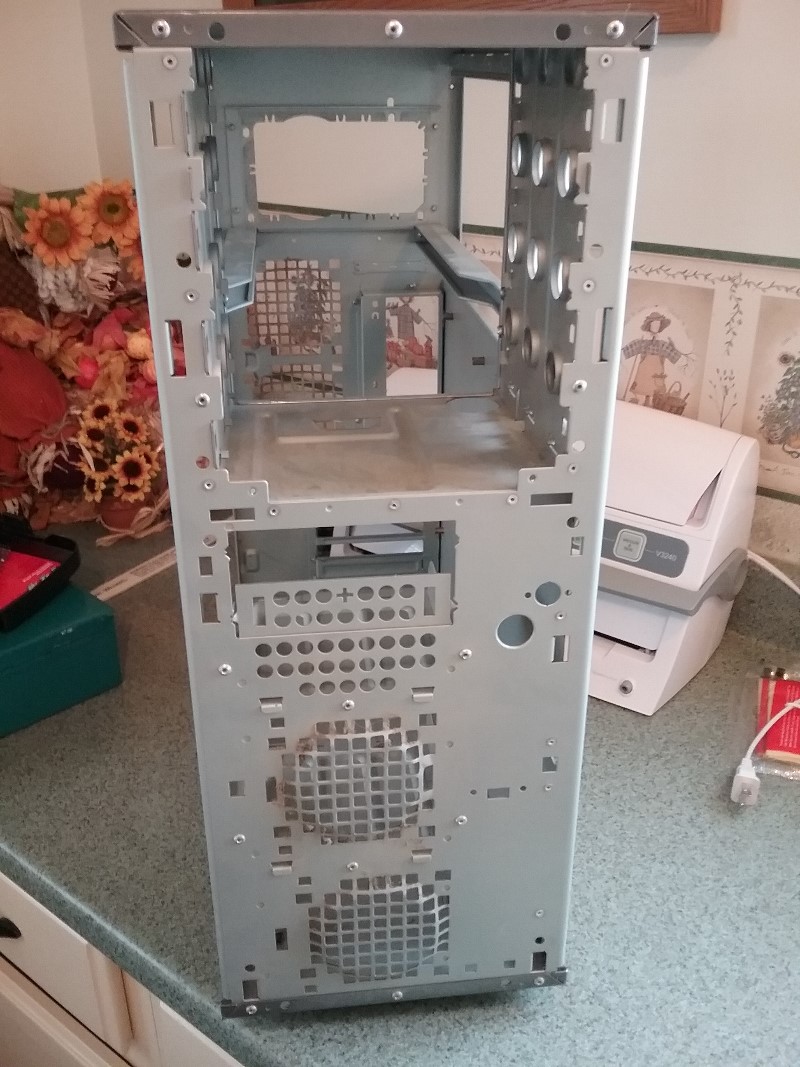 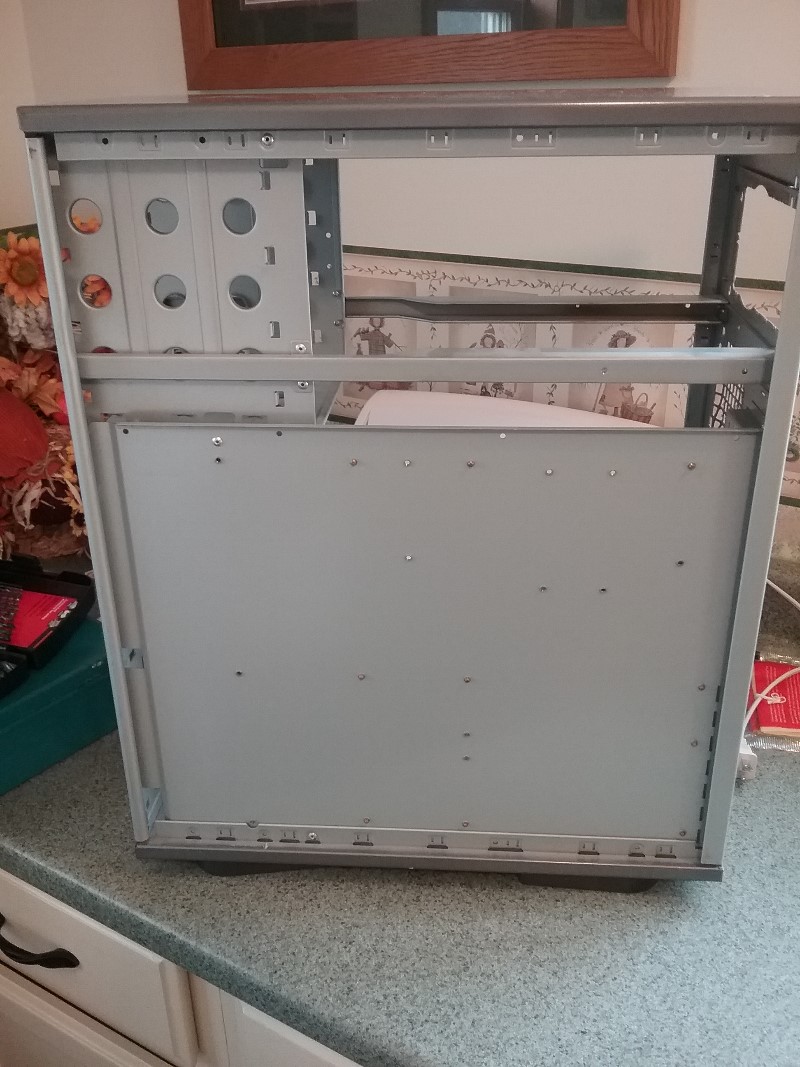 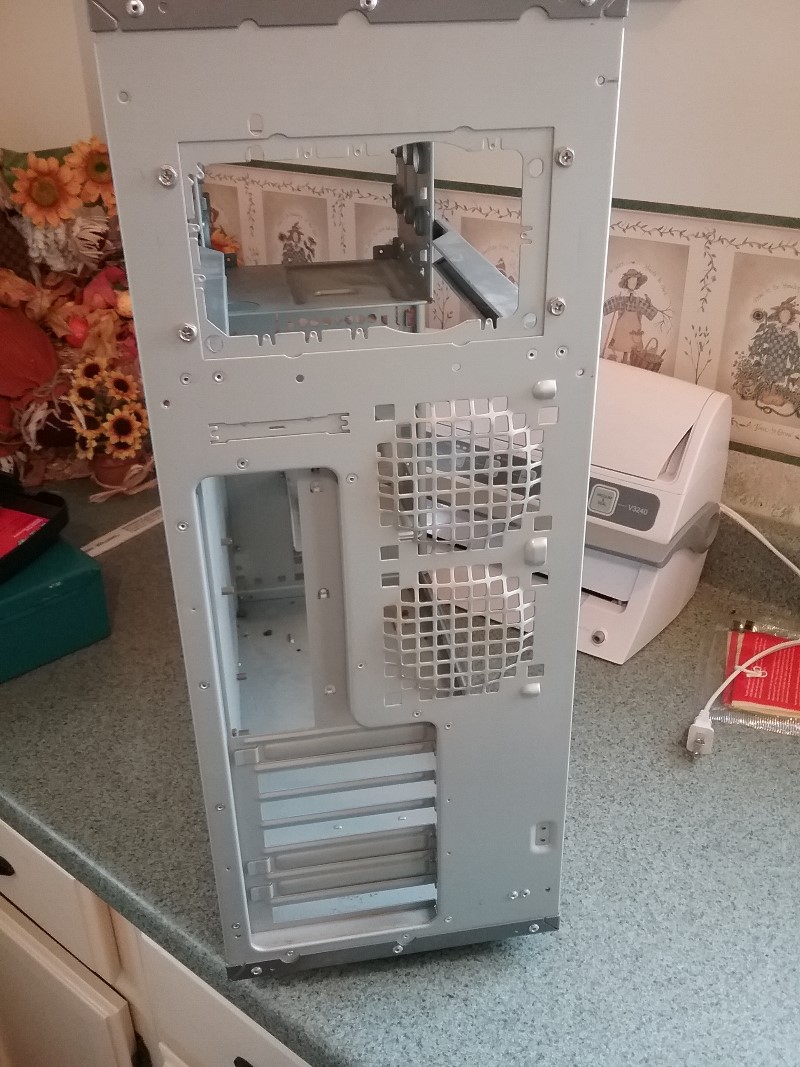 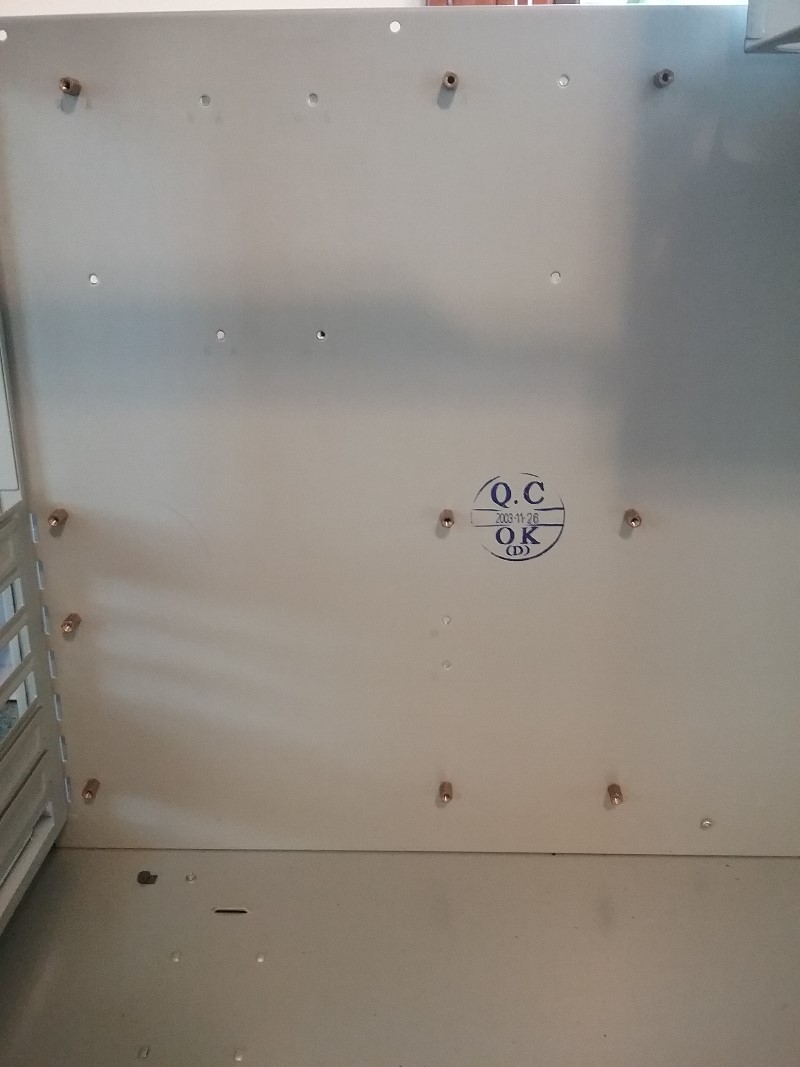 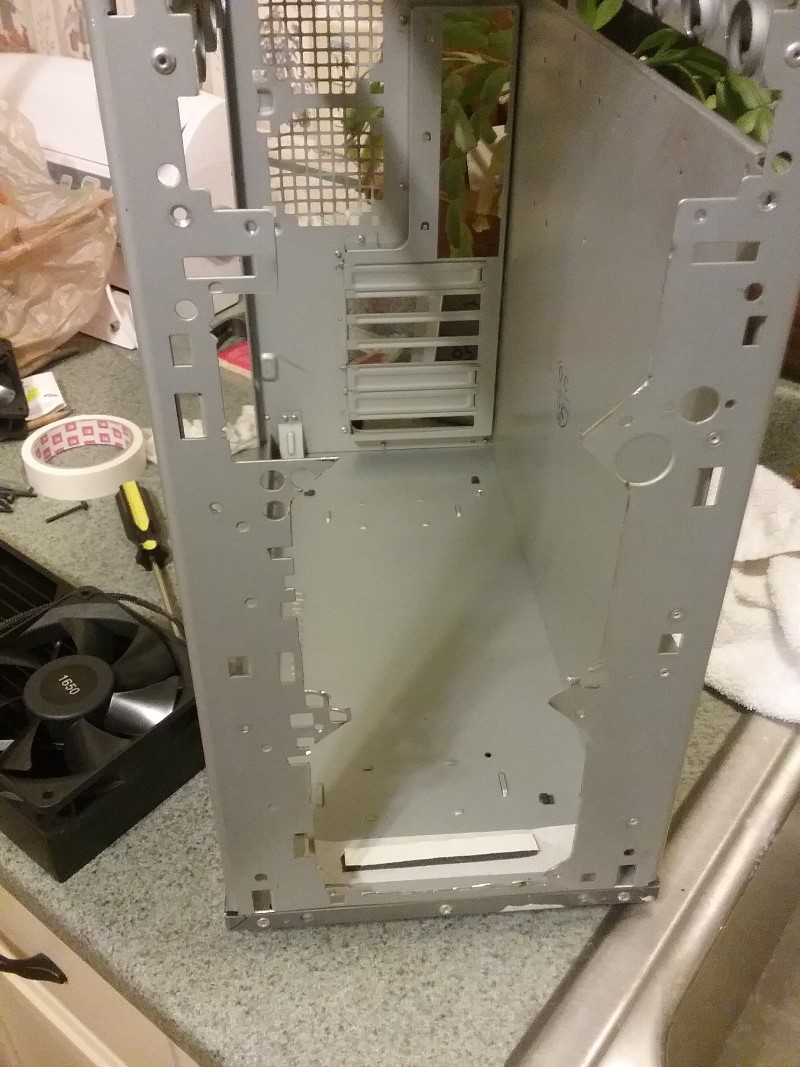 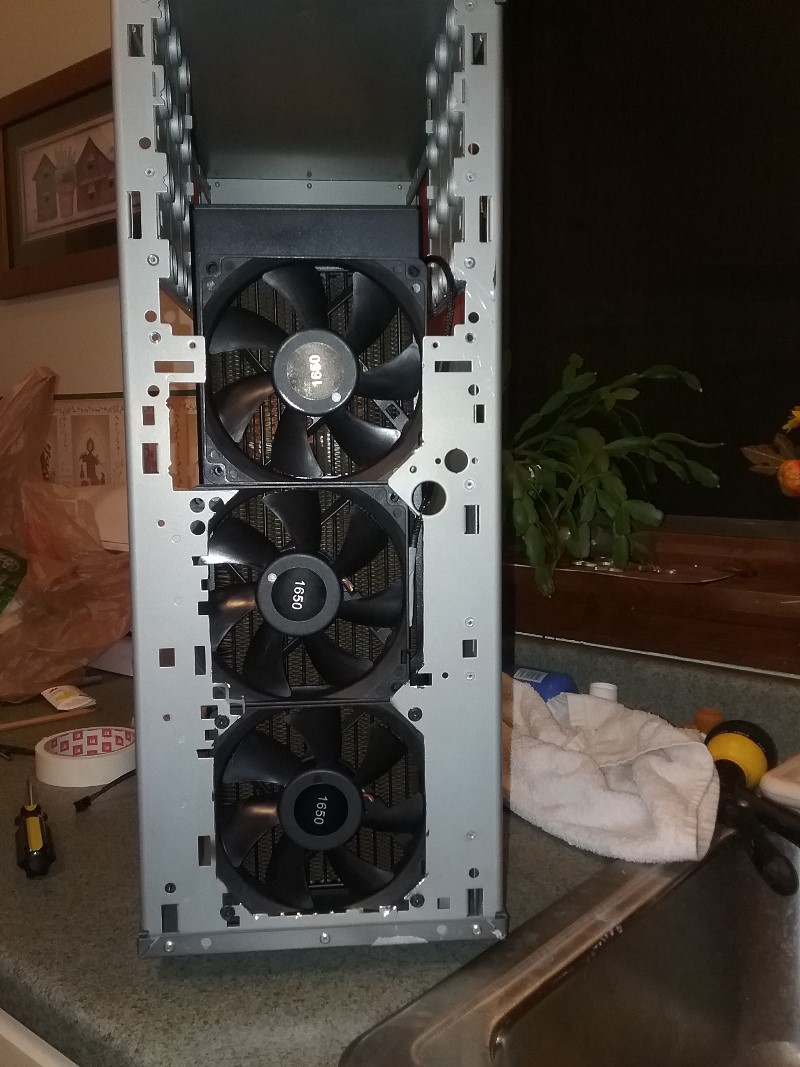 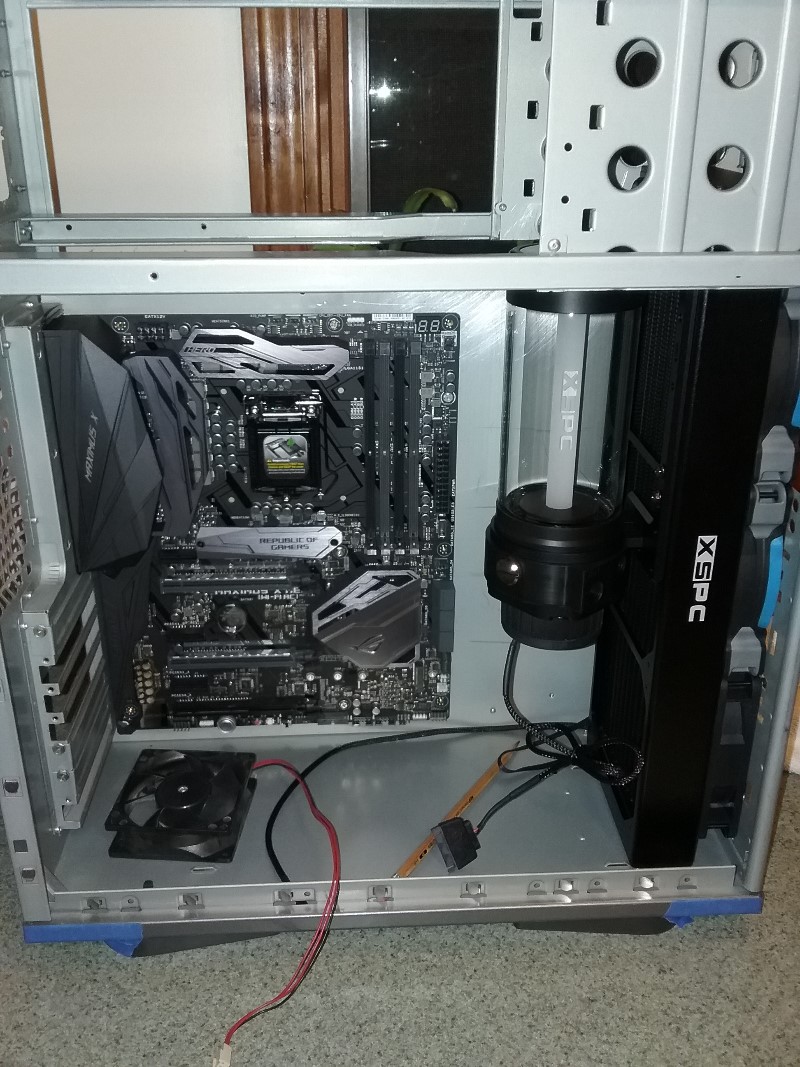 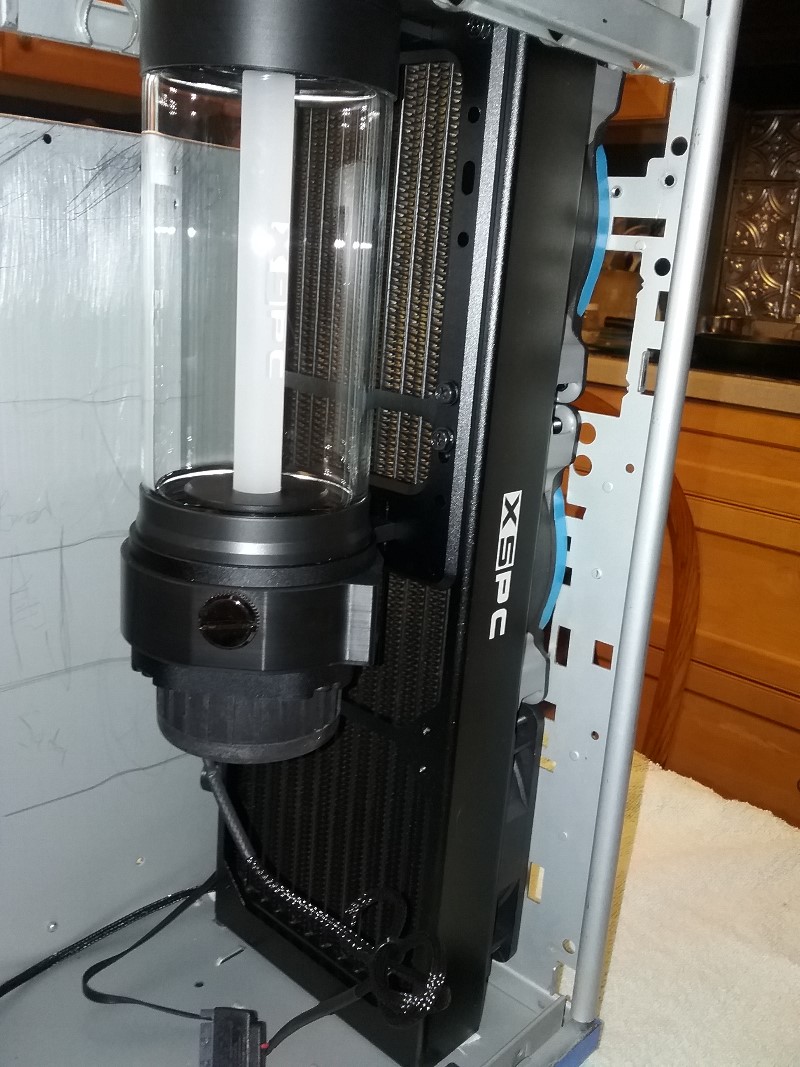 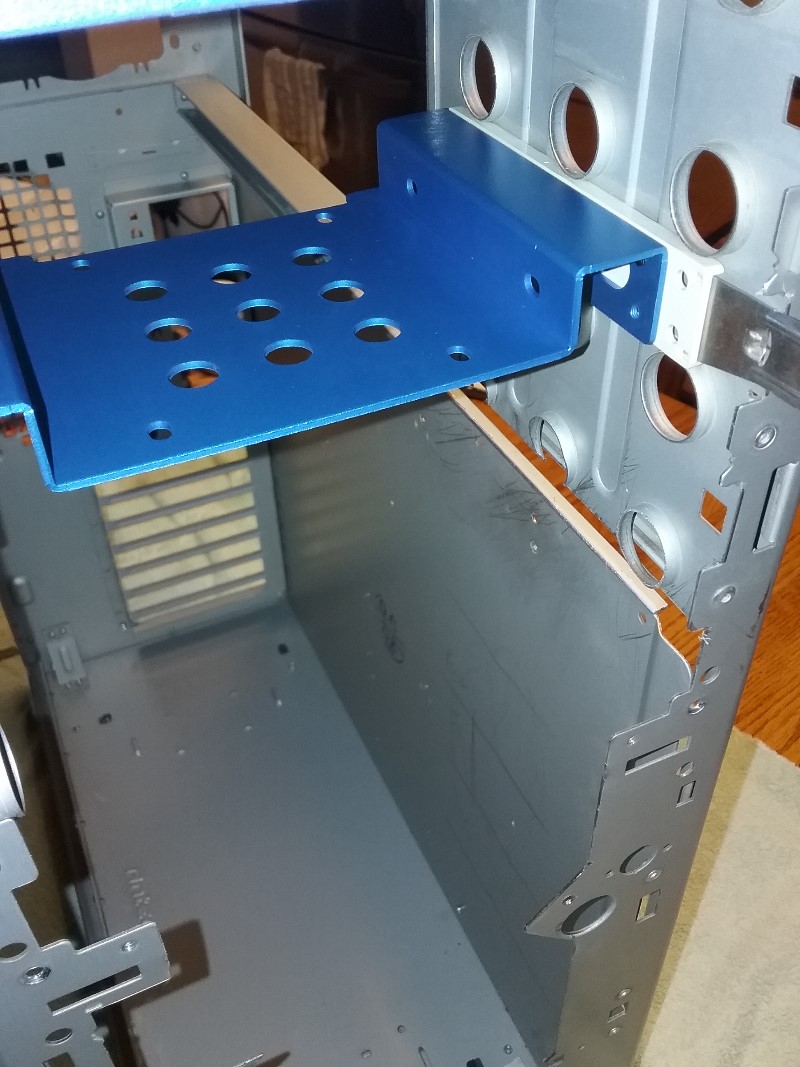 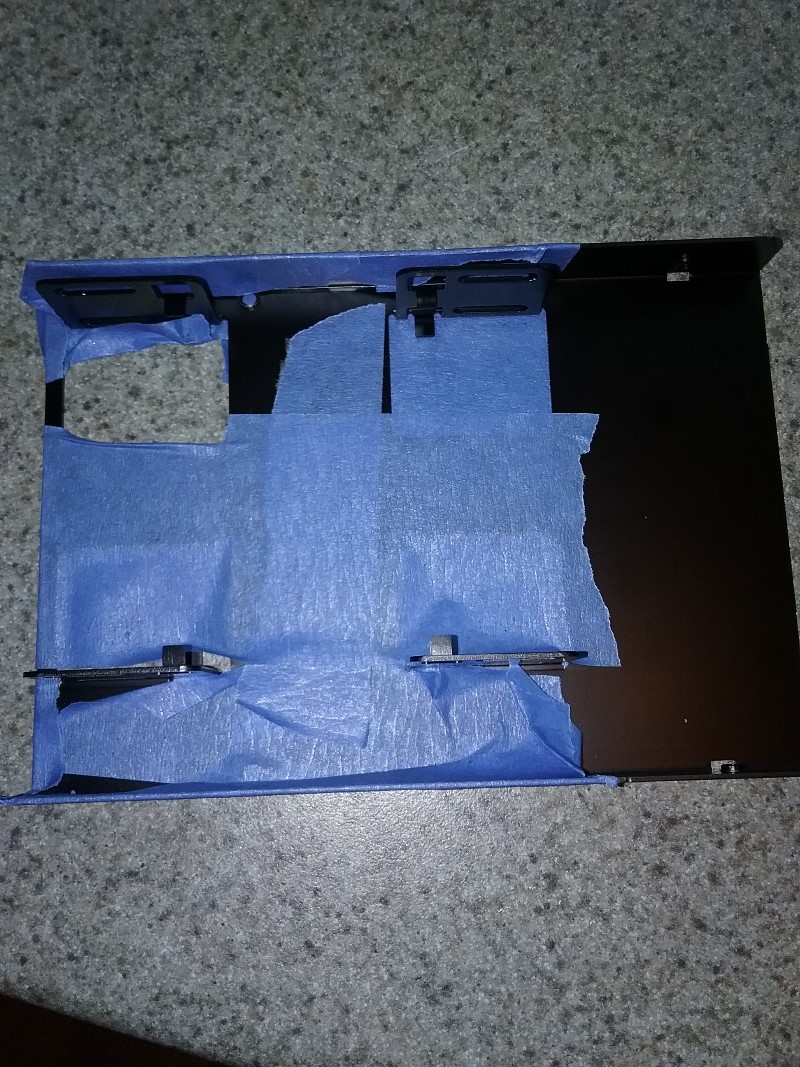 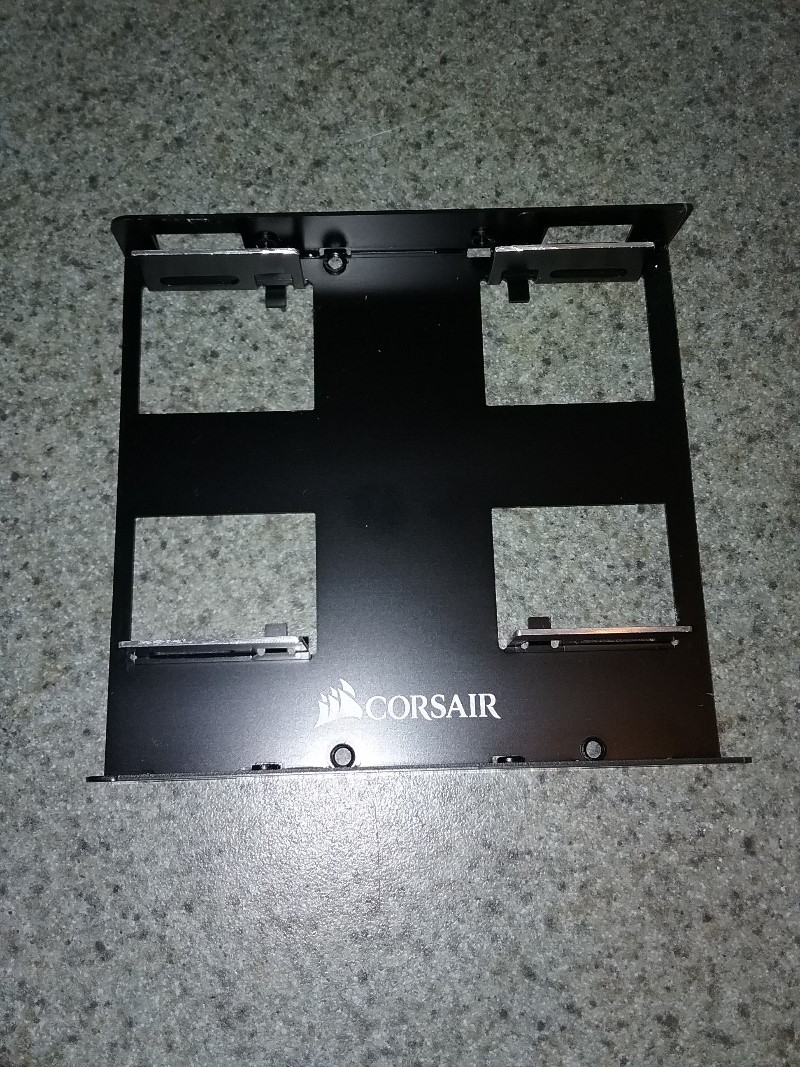 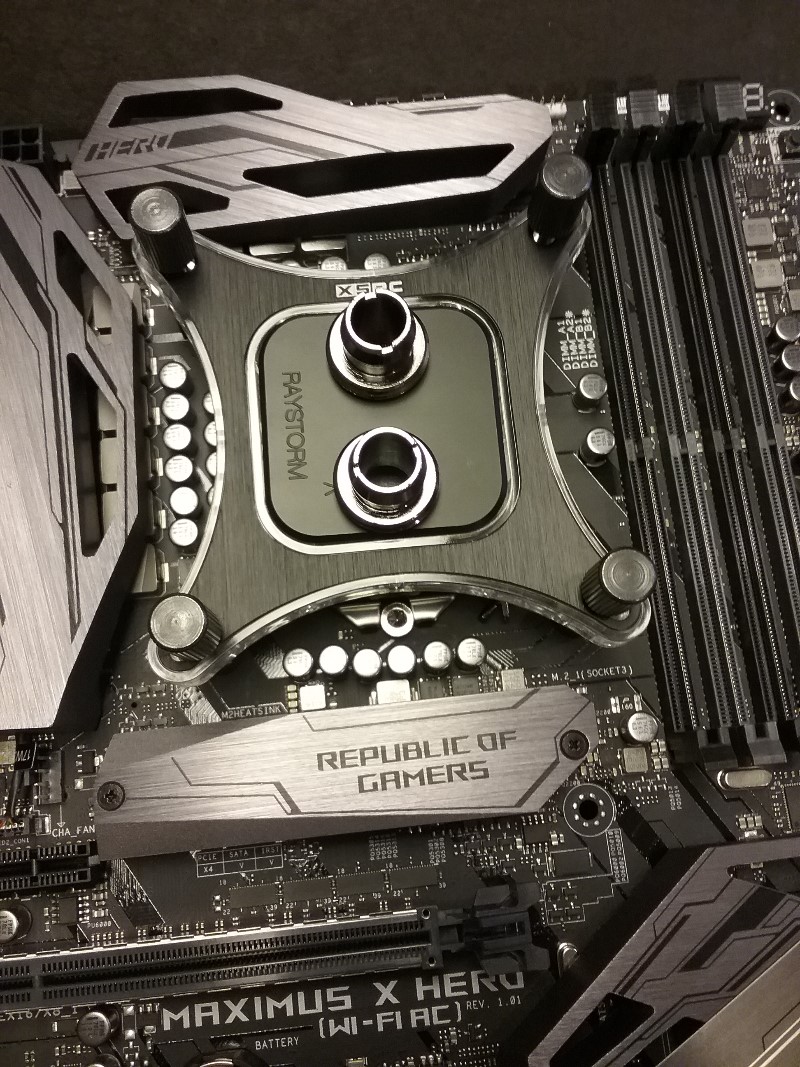 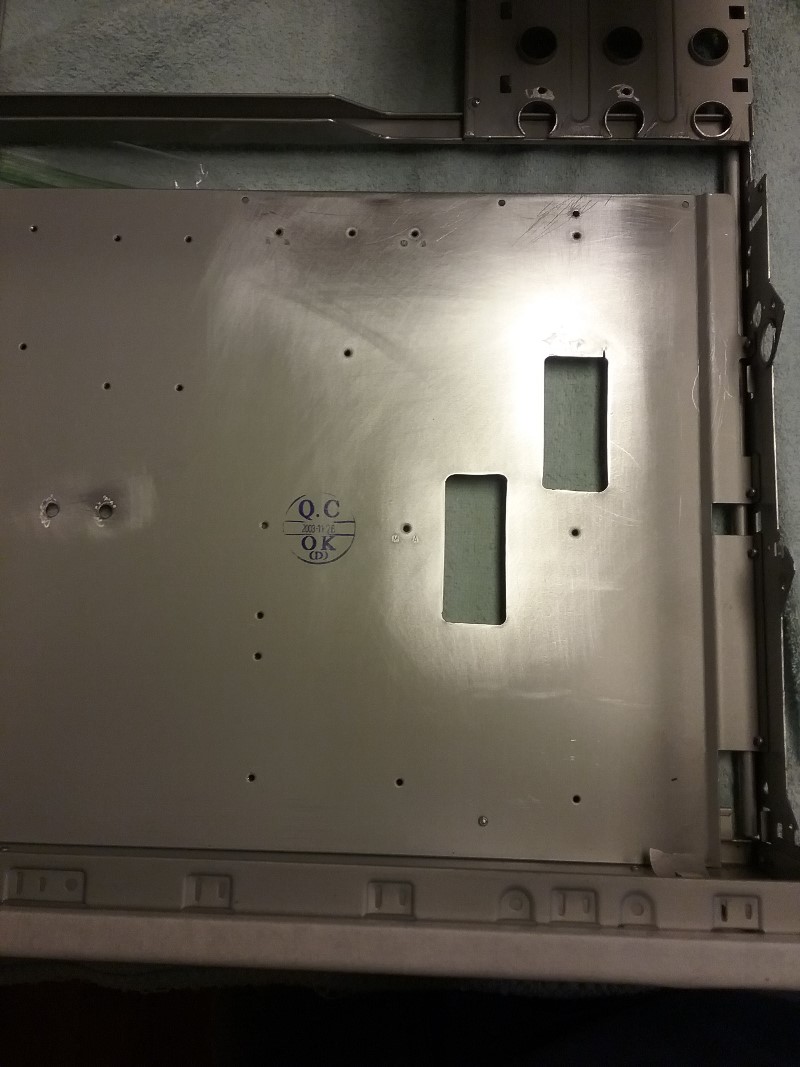 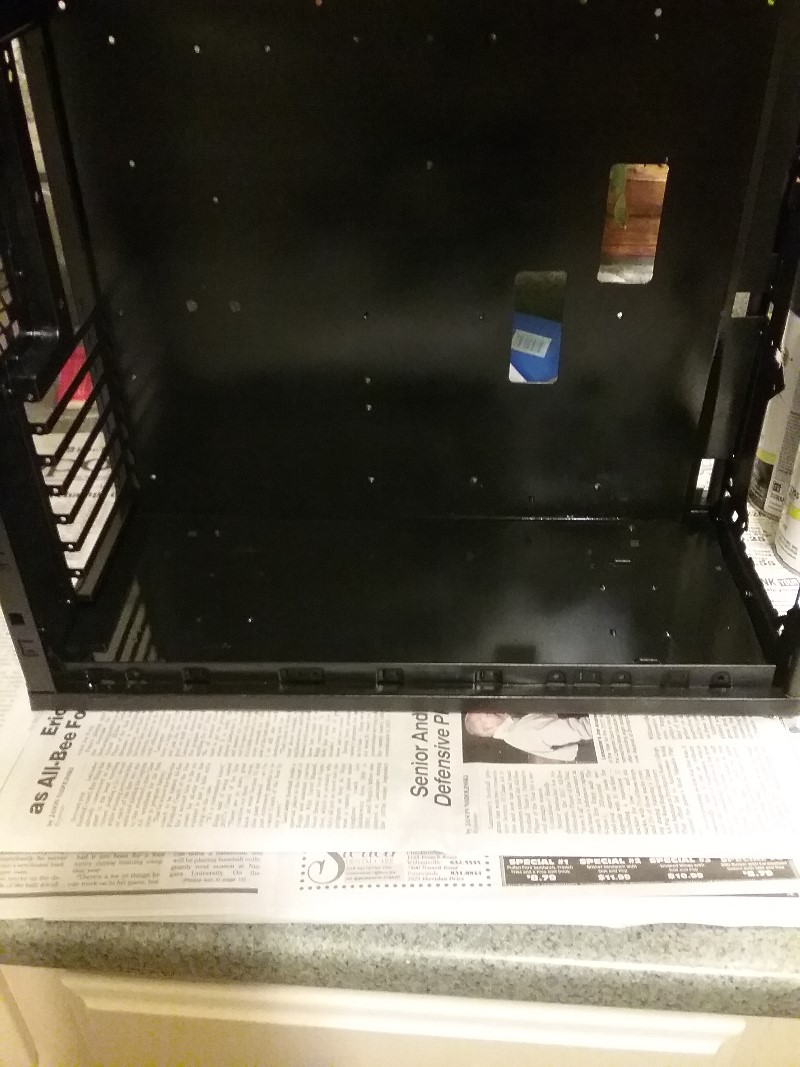 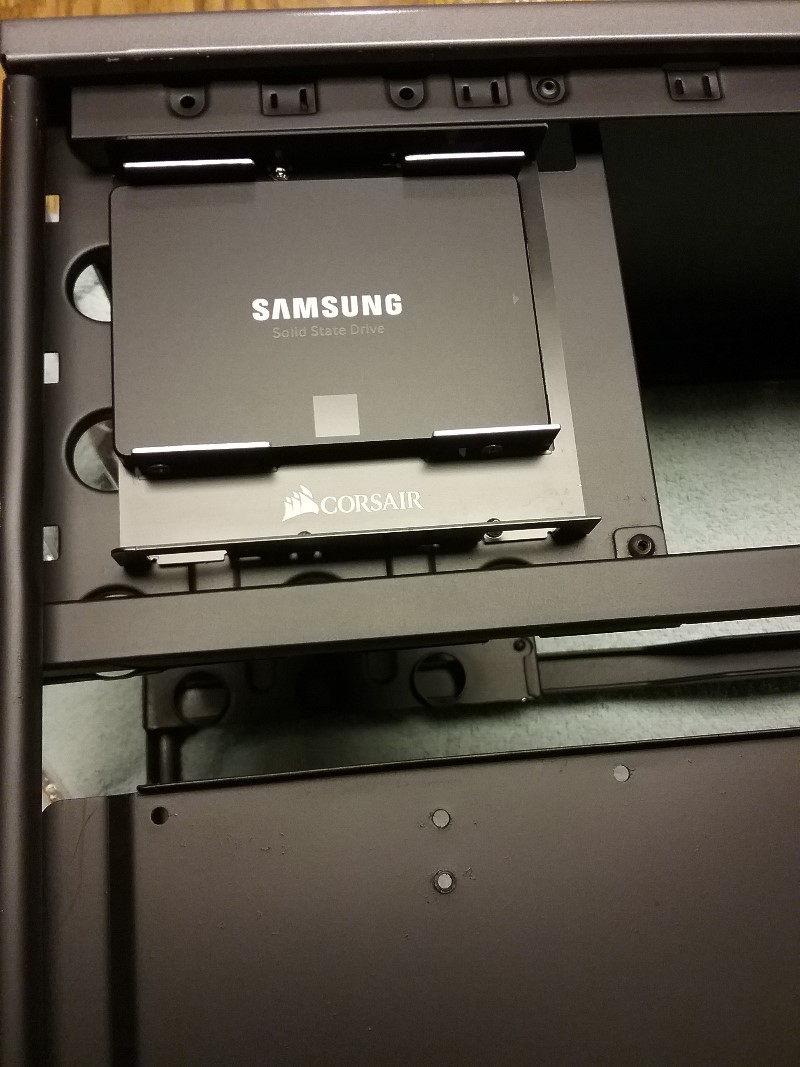 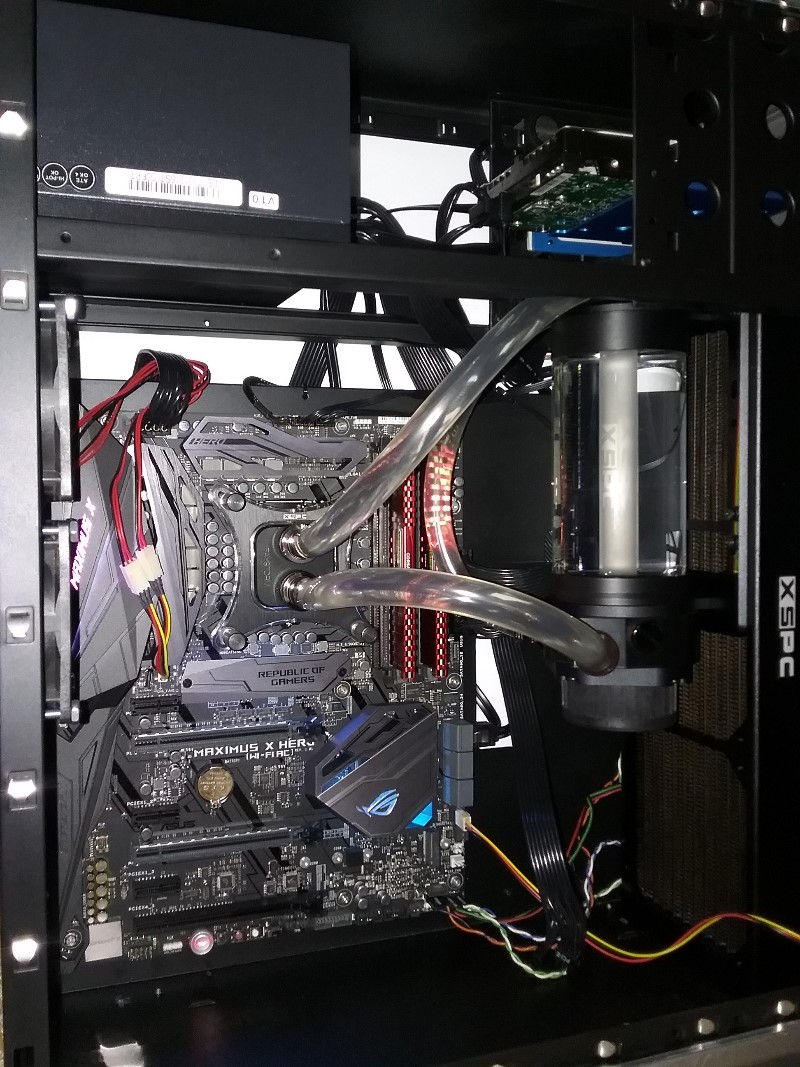 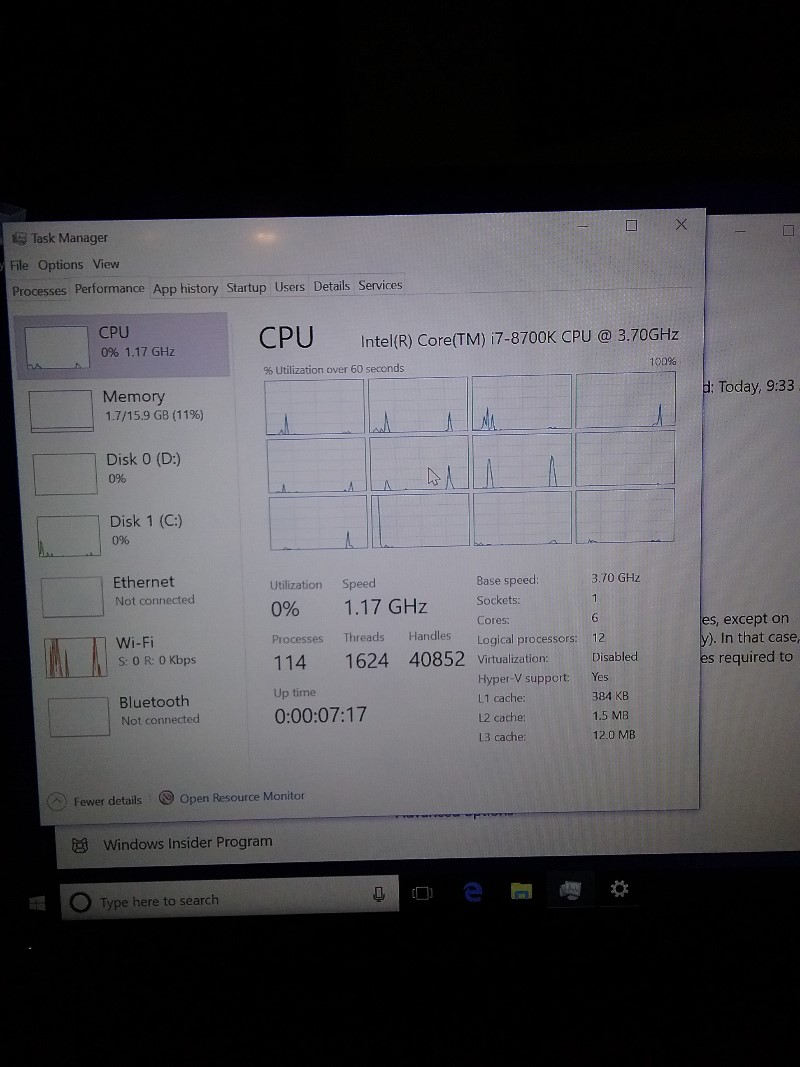 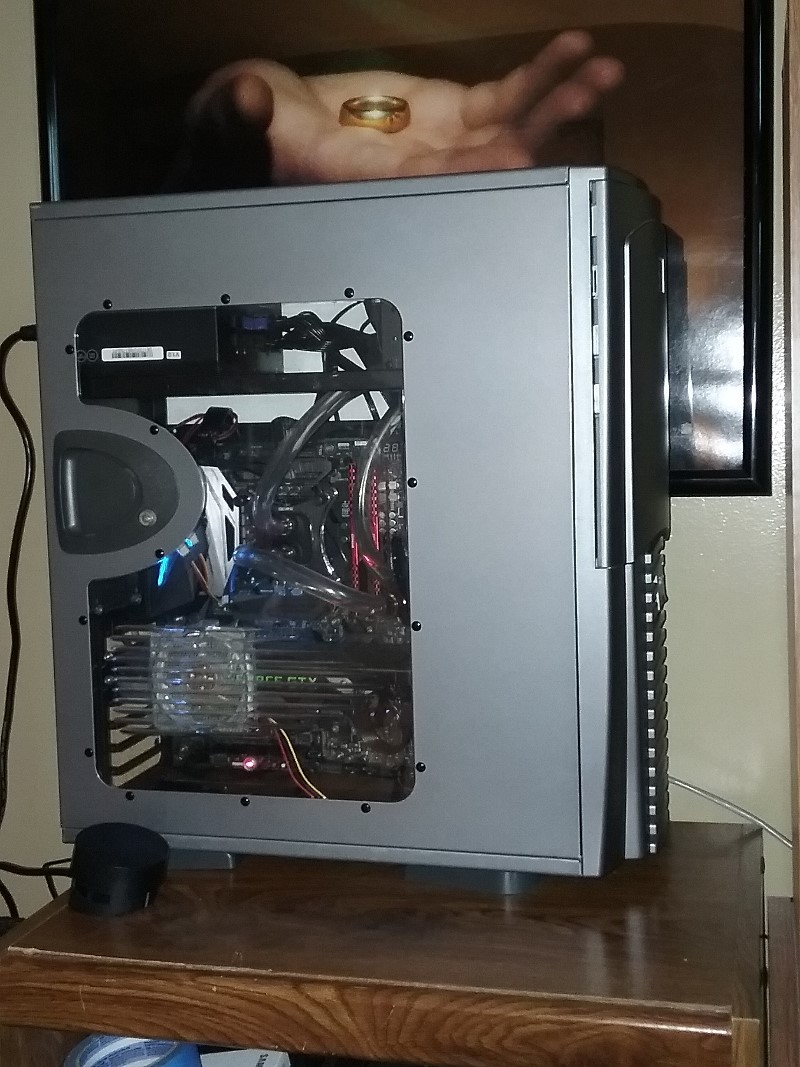 I love it when someone take a "Classic" case like this and modernizing it. Well done!

Nice - More people around here with such mods? Sadly my last old case - new hardware PC was discontinued some months ago and replaced with a thin client

I have one of these I still use for a file server.

Been putting a few minor tweaks on items like wrapping cables in black, etc. And I think I need to do something with the front air intake, it is kind of recirculating the are more then pulling it in, due to the large gaps created from the inside of the case to the outside of the steel, and then the plastic front. The bottom fans are pulling fresh air good, but the top one is definitely not.
N

I remember that old trusty case, the chieftec series, I see you got around most of the down sides of the case, the 80mm fans for full radiators, totally necessary, and of course simply ripping out the removable drive cages which were a bit too clever for their own good since they slide the wrong direction and would vibrate the case at times.

Excellent mod work, I may eventually do the same, I have a few of those left in the garage.
You must log in or register to reply here.
Share:
Reddit Pinterest Tumblr WhatsApp Email Link
Top