Sad to see them go. Are there any decent options for replacements from other manufacturers?
A

Sad to see them go. Are there any decent options for replacements from other manufacturers?
Click to expand...

As I understand it, Logitech is discontinuing Harmony in part because the market for these remotes is thinning out due to the evolution of home theater. Just not as much need when things are as consolidated and streamlined as they are now.
B

I have been a fan for many years and still use them often. Hope they don’t drop support for the current users...
W

This may not be a huge market for Logitech compared to the other businesses they are in. But, I just can't imagine that this is really going away. This just seems like something that would be able to spin off and be a healthy business. This is truly bizarre to me.
C

Man, I remember going to a home theater trade show with my dad when I was a kid. This was in 2001ish, maybe? Little company called Harmony sold him on this thing which we used for ages until the screen stopped working. Pre-Logitech. 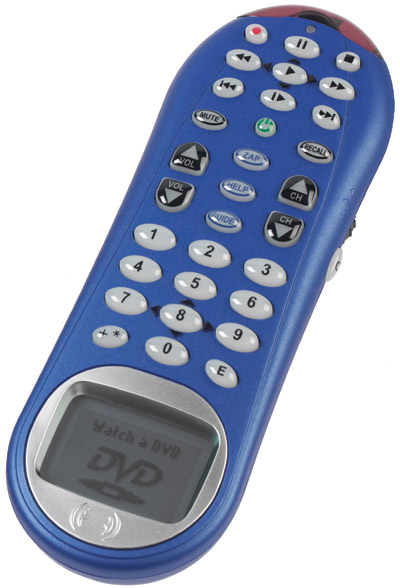 Man this sucks. Maybe there is an alternative in what remotes can do now, but I have no idea how to turn on my receiver, TV, shield, set input, and control everything with a single remote. And then switch to watching tv on a different tv input with the same remote.
W

obs said:
Man this sucks. Maybe there is an alternative in what remotes can do now, but I have no idea how to turn on my receiver, TV, shield, set input, and control everything with a single remote. And then switch to watching tv on a different tv input with the same remote.
Click to expand...

I totally know what you mean. And, I don't really know of a comparable alternative. I setup Roomie Remote on my Ipad several years ago and I got it to work fine. But, it had a lot of extra gadgets; that you had to setup to get it to work right. I switched to a Harmony Hub with a physical remote and things were just WAY easier. And, they integrated with the echo for voice control. I know this is a nice market. I just don't know who else is even in the niche!
T

This is very sad .

I run both a Projector/TV + Amp + myriad of devices (Xbox, HTPC, etc etc) and having one remote to do essentially everything is fantastic. I've always liked the harmony devices and have already been sort of sad the devices have stagnated.

Single button "Watch Xbox on PJ" or "Watch TV on TV" is what we all want right? How else do people manage complicated setups?

It communicates to the HTPC over bluetooth, other devices over IR, learns custom IR codes, it literally does about everything I'd want. Plus physical buttons for changing channels or volume across different devices, I don't want my phone or tablet to choose a channel. I can also setup my activities to change audio device based on device and the volume buttons always work on the right device, whether it's on the TV or through the surround.
Last edited: Apr 13, 2021
E

Most devices these days have apps that are easier and quicker to use than a remote for most things. Many home theater enthusiasts seem to be running a dedicated tablet with all the apps similar to the way that Harmony remotes were used to consolidate controls to a single device.

If someone would make a decent remote that can handle swapping AVR channels (along with cable/TV functions), we wouldn't need remotes like the Harmony line.
As far as alternatives go, I've been using one of these: https://www.amazon.com/Inteset-Universal-Receiver-Streamers-Including/dp/B07612LMHF/
It works with everything under the sun, even Amazon Firesticks and Roku. Not as aesthetically clean as the Harmony, but it's perfectly functional. No need for their goofy software, either. They're $45 now, but it looks like I only paid $25 a couple years ago. Wild guess, the lack of competition has probably made the price go up.

obs said:
Man this sucks. Maybe there is an alternative in what remotes can do now, but I have no idea how to turn on my receiver, TV, shield, set input, and control everything with a single remote. And then switch to watching tv on a different tv input with the same remote.
Click to expand...

LG V10 with IR control has been able to control almost everything I've tried it on over the years (to hours of hilarity)..

I went from this to just an Apple TV4K.
When I turn on and off my Apple TV, the AVR and Projector turn on and off.
The Apple TV remote also controls the volume on my AVR. 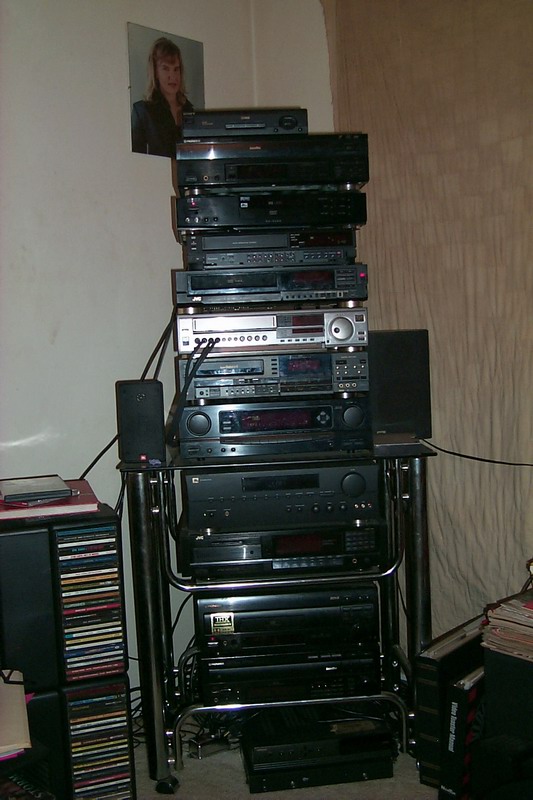 I have a window shaker in my home office. The remote is useless if you aren't directly in front of it. A harmony remote works pointed the opposite direction. That reason alone makes the harmony stuff worth it to me. Time to buy a few spares on eBay.
M

Zepher said:
I went from this to just an Apple TV4K.
When I turn on and off my Apple TV, the AVR and Projector turn on and off.
The Apple TV remote also controls the volume on my AVR.

Dude. Even the woman in the picture is like, “Dude...”

Sad to see them go. Are there any decent options for replacements from other manufacturers?
Click to expand...

I use this and I haven't looked back: https://caavo.com/

I've used Logitech's Smart Hubs for years and am very pleased. I control everything (including lights, oscillating fans, clocks, just about anything with wifi) with my phone and/or tablet.

Woot selling some of the remotes.
https://electronics.woot.com/plus/logitech-remotes?
P

Shoganai said:
I use this and I haven't looked back: https://caavo.com/
Click to expand...

That is neat, but isn't really designed for those that use a setup where everything goes through an AVR.

PCMusicGuy said:
That is neat, but isn't really designed for those that use a setup where everything goes through an AVR.
Click to expand...

Not sure what you mean. I have everything going through an AVR.

I don't even really need a complex remote. My TV's remote with 6-7 buttons would be dandy if it had a button to toggle my AVR inputs. Very few do. They'll change volume, but very little else. It oddly works fine with my Firestick, which apparently uses the same frequency as my TV.
It has been a little while, but I used a remote that came with an Onkyo AVR exclusively for a while. I just want something that will work with my Comcast box and Firestick.

the only problem i had with the (several) harmony remotes I've owned is that the kids/wife lose or break them just as easily as a crappy 2$ universal. i even got tired of buying cheap remotes. luckily a smartphone can operate most devices now. 'dad my phone is dead will you turn on a show...?' sure *plays Star Trek the next generation starting from Season 1 Episode 1*
L

I just bought a Logitech 665 only because there was no other good alternative to my URC MX500 available now. My MX500 stopped being able to be customized by the software due to some error, so while it still works, it's config is stuck as is. I wanted to buy the newest URC remote, but URC just sucks now. I can't buy their remotes and get the software to program it since the software is only available if you are an installer and take their "course" to get the software and be a licensed installer. Or you have to hire a "licensed" installer to set up your system anytime you want to update your remote which is a definite NO for me.

So I bought the Harmony even though it's discontinued. It works fine but the software is online only. A really bad sign because once they drop the servers you are SOL with the remote. The software is not really flexible IMHO due to it's ease of use, but there are no real advance options to it. Like on the screen of the 665 you get pages of 4, but you can't put a blank no operation button in if you want to group 2 buttons on a new page but have one spot left on the current page. Similarly you can't put a button on the left side top and bottom buttons without assigning something to the top right button because all screen buttons are assigned sequentially in a left to right from the top order. You can't even assign 2 buttons to be the same control code for a device. For example one device has an enter button that also doubles as the ok and enter button. So it's assigned to the center OK button on the navigation directional pad. But when entering a number on the keypad, I want to assign the ok/enter button to the enter key on the keypad also, but I can't because it's already been assigned to the OK button. I can work around it by making it a custom learned IR code, but it's a silly workaround to learn the same ir code it already knows.

My biggest concern is if this remote dies then there is no real decent replacement. Then there is the whole issue of when Logitech will kill the servers and if they don't release the standalone software, this product will become useless even if it is still functional.
You must log in or register to reply here.
Share:
Reddit Pinterest Tumblr WhatsApp Email Share Link
Top