Just recieved my A-17

So far, its working great, temps are a lot better than my old case which I can't tell you the name of. The case is extremely light. Much better cable management than my old case, and I rushed it because it was getting late. If I feel the air that's being pushed out of the back of the case, it now seems room temperature, if not a little cooler. It's a little wider, and a little shorter than my old case, same height. Overall I think it was a good upgrade. The aluminum does smell a little odd.

PC-A17 is a very nice case, i own it myself. Only one thing, the classic Lian Li problem is present - aka noisy fans. Replaced with white Nexus, sounds much better.
M

Noisy fans? All my LL fans have always been near silent (and I've had a lot). Weak as hell, but silent. I always swap them out because they push next to no air, not because they're loud.
M

I have the A16, and I just love it. I'm super happy with everything.
F

I have the A16, and I just love it. I'm super happy with everything.
Click to expand...

http://www.svethardware.cz/forum/showthread.php?t=18463 - here is my review (in slovak, but only pictures matter ).


mj007 said:
Noisy fans? All my LL fans have always been near silent (and I've had a lot). Weak as hell, but silent. I always swap them out because they push next to no air, not because they're loud.
Click to expand...

In my LL, I can barely hear the stock fans. I hear the HS fan more.
F

fantomau said:
In my LL, I can barely hear the stock fans. I hear the HS fan more.
Click to expand...

It depends also on what you consider noisy. And i can't hear my HS fan, as in the server (which is in A17) have only E2180 with passive Ninja .
K 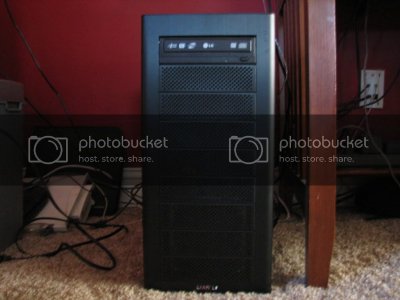 Thats what it looks like where I keep it, not the most clear picture, yes the background of the case is messy but the beautiful case should take your eyes off that, of course it is sitting next to a really nice desk, but try to focus on the case. I wish I could have gotten a clearer picture, it looks much cleaner without some camera picking out some extraneous detail. The lian li logo is awesome to look at when you own the case. 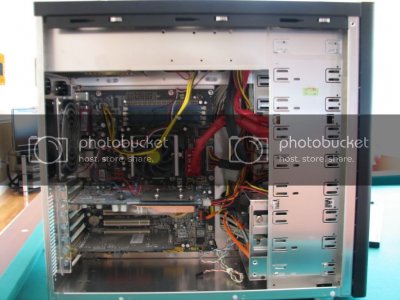 Inside of the case, old components 3500+, 7800gs only bought that cause my 6800gt was fried, (I was inexperienced and never knew that dust could settle inside the fan and cause it to overheat after a long session, I would have liked it if my K8N Neo2 shut off instead of let it toast.)

I don't have much wiring experience, this was a rushed attempt because it was getting late, had a test the next morning, and had to watch the Celtics dominate the Lakers. I'm sure most of you could easily hide the wires like a pro in this case, pre-cut holes really help and they seem like they are all in the right places. 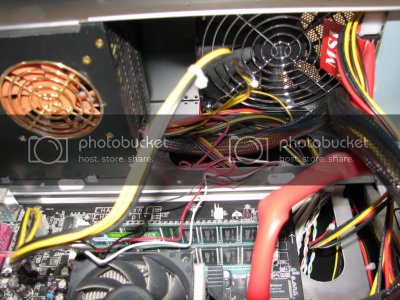 This is a view of the wiring up top, btw for some reason the opening for the power supply was really tight, in fact it stripped off the sticker on the left side(if your behind the case, the side that isn't seen.). I don't know if that's a problem, the sticker may have peeled a little and maybe why the friction took it off. I'll be probably getting a Corsair HX-620 (this is a 480, I'm probably gonna upgrade to the 4870 soon. 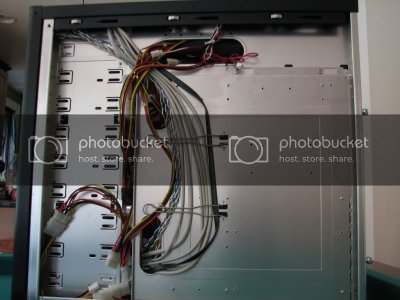 View from rear of case. I really like those clips, they don't hold many wires but I could probably squeeze a few more, I really need to plan all the wires as a whole instead of looking at one wire and then figuring out what to do with it. 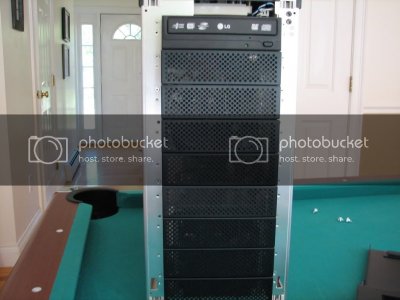 The front panel comes off incredibly easy. Very nice feature, requires just the right amount of balance between: incredibly hard to remove and so easy that it feels like it could fall off if you touched it the wrong way. 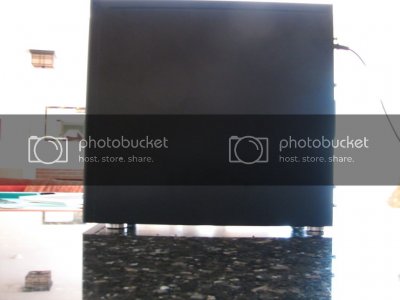 In case someones interested, that's the amount the size of the feet. This looks like some devs went crazy with the hdr.Also, if you look to the right of the case, the siding sticks out a little in the middle so that you can grip and pull the side panels off. 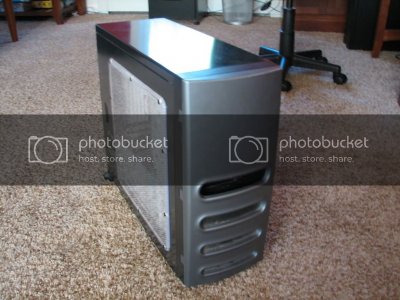 My old case which, if anyone is interested, I would like to sell. Even more than that, id be interested to see who made it. no logo anywhere, I was going to buy it on newegg, but I found it cheaper on some online store and I don't know where the receipt is or what store it was from. In the top right corner you can see the a-17 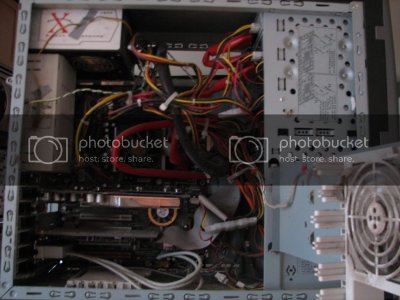 This is the old inside. (This is really all my fault, I didn't really know what to do with the wires, I tried to hide them in order to make the window view cleaner.

PS: while I was taking the pictures, I did connect the power supply and hard drive lights, I have yet to connect the inputs in the front, but will do that soon.

I hope some of you enjoy reading this because I know that I would have liked to read something of this sort when I was debating on the case to buy. I cannot comment on the loudness of the fans, sorry, but don't make that a decision on what case you will buy imo.
You must log in or register to reply here.
Share:
Reddit Pinterest Tumblr WhatsApp Email Share Link
Top