This is a bad year for Facebook, to say the least. The social media company has suffered from a number of scandals, many of which where started by internal leaks, and according to the BBC, that trend is only going to continue. Late last night, TechCrunch leaked a internal memo from a departing executive, while a leak obtained by the Wall Street Journal revealed that employees are far less optimistic than they used to be. One organization in particular is turning Facebook's own technology against them, targeting Facebook employees with ads that encourage them to leak information or point them towards whistleblower friendly websites. For whatever reason, the BBC "understands" that Facebook isn't blocking these ads or logging views yet.

Although Freedom from Facebook has not revealed how it has gone about micro-targeting the workers, there is an option in the company's ad tool to direct a campaign at those who list their employer as Facebook HQ. It says that close to 89,000 people have done so.
F

Internal leaks are good when they reveal things that others would rather hide. Something I wish people understood in politics.
V 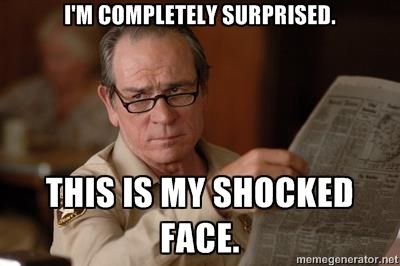 Facebook will likely just bump the price rate for the campaigns targeting Facebook HQ as the organization. How does $20/per-click-through sound?

Might as well profit off of it without the PR that comes with outright blocking the campaigns.
R

I've never had a personal Facebook account, but it is important to note that even never having one in the first place will NOT protect you in this regard from Big Data. Thanks to the way Facebook works, unless nobody at "6 degrees" from you has ever had a Facebook account, tagged you in a photo, uploaded a photo with you in it, mentioned you etc....is there even something of a chance; even at that, they will still grep from public records and begin to build a shadow profile on you, using all of those data points that can be picked up, purchased, or are from "6 degree" users of the system. I do not say this to dissuade anyone from closing their Facebook account nor do I withhold congratulations for those of us who ever created one; all of these cases shrink your footprint of data available to them and others.

However, there is only one real suggestion to mitigate the damage that social media and big data are doing to society: regulation. So long as the laws for privacy are essentially written in such a way that isn't viable in the 21st century, much less the post social media and big data world, the Amazons, Googles, Facebooks and Ubers will simply make small technical changes and continue doing the same unscrupulous things. We need new laws written from the ground up to restore privacy, the "right to be forgotten", guard anonymity if desired and many more principles (including the restriction of rights granted to corporations while expanding those of natural persons). There's a lot to cover here, but GDPR and a "You can only collect data specifically required to provide me a service I'm asking for, can use it for nothing else, must keep it the shortest amount of time viable and secure it while you do etc.." law will be the first steps to breaking the stranglehold. Yes, it will totally decimate the profitability of targeted advertising and big data metrics for sale and analysis, but that is the absolute point. To do any less is to ensure that our data will always serve and profit entities others than ourselves far more than ourselves. We have to attack the problem from many other angles as well as improve society in other ways...but I digress.

Dumping Facebook and anyhting associated with Facebook is a good start, but its really time to put an end to proprietary, centralized social networks entirely. Don't move from the current big names to other proprietary sites! Instead those who choose social networking should do so upon open, distributed platforms that currently exist. Friend and invite only secure network? Retroshare! Facebook-style multi-use social network? Diaspora and Friendica! Twitter-style microblogging? GNUSocial and Mastodon! All of these, plus many more out there provide a better solution and their only resistance is the network effect - so start moving! If you close your Facebook and Twitter pages, start up elsewhere if you wish. This also applies to other sorts of software and platforms besides social networks, but each step is in the right direction. There's lots to do in many areas if we care about our privacy because if we do nothing things will only get worse and worst of all, often in ways many will not notice until it is too late.
K

the one thing people like you an me still have to worry about though.. is some of our friends very much do have facebook.. and our info in their phones contacts.. with the facebook app on their phones.. facebook knows about us as well.
D

Wonder if Amazon will use the Facebook HQ tag when advertising for folk to fill the 2 new HQs?
F

katanaD said:
the one thing people like you an me still have to worry about though.. is some of our friends very much do have facebook.. and our info in their phones contacts.. with the facebook app on their phones.. facebook knows about us as well.
Click to expand...

Facebook's problems are just getting started and they know it. They just hired a top government antitrust lawyer. They wouldn't do that unless they knew hell's coming to breakfast and the government is going to be taking them on in an antitrust case. Frankly wouldn't be surprised to see Google and Twitter wrapped up in those as well.
You must log in or register to reply here.