The game is complete garbage and utter disappointment. All the jumping is annoying and doesn't belong in doom game.

Och said:
The game is complete garbage and utter disappointment. All the jumping is annoying and doesn't belong in doom game.
Click to expand...

Everyone has their own opinion, but... 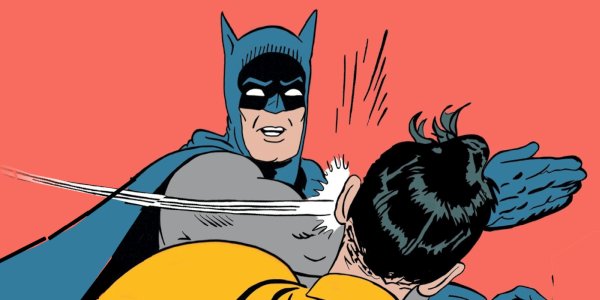 The game is good but not as great as 2016. Two steps forward and one step back it seems.

The game's story is now up front and center compared to 2016's which did indeed have a story but following it was more organic and paying attention to it was far more optional. The story this time around feels like it throws you in mid-way. When I first started the game it felt like I skipped ahead several stages in the plot. Compare that to 2016's beginning which had an excellent start, brought you up to pace quickly and organically and then got out of your way. 2016 simply didn't shove tutorials in your face as much. Learn through doing, not by being told. Eternal's tutorials weren't bad as I did help me figure things out but mostly got in my way. I do like that they are there and if I felt like I needed them, I could view them through the codex. In Eternal they tap the breaks on the game play too much.

The core game play I'd say has actually been improved but how it evolves doesn't have the same polish to its pacing as 2016 did. Combat is nothing sort of a rush but once you get the hang of it, you'll figure out the repeating pattern for survival: fodder demons are quick health refill and ammo pinatas. Run around avoiding the bigger demons collecting health and ammo to make another damage run. Dash, the meat hook on the super shotgun and the shoulder cannon all arrive early in the game. Considering how much you start to rely on them later, this makes the beginning of the game feel harder than it should be yet at the same time it feels like the game should simultaneously spread out these power ups in the game. The pacing and how levels are designs to incorporate these upgrades just feels off compared to 2016.

The level design this time around feels more like Quake than Doom. Not that that is a bad thing as everything is detailed, looks great and mostly well laid out. The big nitpick I have here is the amount of invisible walls thrown into areas, especially around platforming areas. Often I find myself jumping to an area where I think I can go to either hit an invisible wall mid-air or 'land' on what appears to be solid, nonhazardous ground that insta kills me. The more contemporary way of dealing this would be to make those surfaces slanted and slick where you fall naturally to your death. For a game that has such freedom of movement, it seems cheesy that this is how the designers restrict it to keep players on a relatively linear path. There didn't seem to be much with respect to branching paths at all to get to a destination. During the game you don't feel it as much as you are move-move-move-move but you can see it a bit having gone through the stage and looking at the automap.

Difficulty is where it should be. Playing smart is just as important has having fast reflexes. You will get beat down an inch from death frequently but there is often a means to quickly recover near by. Don't stop moving. I can't be too generous here as there does see to be scarcity with ammo. The chain saw does respawn one charge over time but I've found myself stuck with just a heavy demon that'd require three charges to finish them off with the chain saw and no ammo. It was a stand off that shouldn't happen in the design. Something is broken in the design if I can hit a dead end like that. Even in the original Doom, I could at leash attempt suicide by punching a cyber demon to death if that's all I had left but I can't here. Speaking of cyber demons, the classic design seen in the game has been renamed the tyrant which is kinda lame. I guess the boss from the 2016 is now 'the official' cyber demon.

Controls are tight and responsive but I'm wondering if this should have been the game to migrate toward ESDF over WASD as the defZault. There is a lot you have at your finger tips that you need quickly.

This game is beautiful but also designed to run fast on pretty much any modern hardware. Nothing but compliments here on Doom Eternal. Just need nVidia and AMD to push out new cards to get that super ideal combination or for the bleeding edge to step up to 8K.

Snap map is gone. I didn't have the time to tinker with it much in 2016 but I did enjoy some of the most creative things that users created with. It will be missed.

The music is even better this time around. I need to pick up the official sound track when it comes out as it is amaze-balls once again.