Replaced the WASD keys and convert from red to white LED. Ended up down a rabbit hole troubleshooting the brightness of the LEDs. 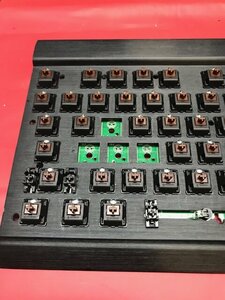 Found out the hard way, it's not plug n play with LED colors. The white weren't bright whatsoever.

My google-fu failed me in searching to see if anyone else was successful with this mod. Most of them went from blue to different colors. Not red. I managed to locate the resistors controlling the current and swapped them out for 100Ω SMD resistors. Original was 10k. 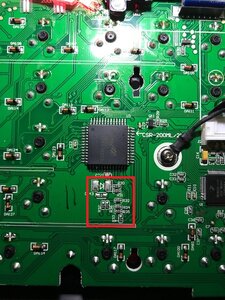 Impressive work, jealous of the skills.

At what point did you look at what a used K70 is worth and the price of an RGB Corsair?

At what point did you look at what a used K70 is worth and the price of an RGB Corsair?
Click to expand...

Hey, I just attempted this mod myself and while I got all the LEDs lit they did remain dim, like yours. I had a question about your mod if you remember. When you stepped through your brightness levels, did your LEDs get dimmer with each step and remain on when the brightness setting was set to off? I'm not sure if that's due to required supplied power requirements are that diff between the stock LEDs and the new ones or if I just totally just somehow broke something in my soldering process. Any pointers would be super helpful. Thanks!