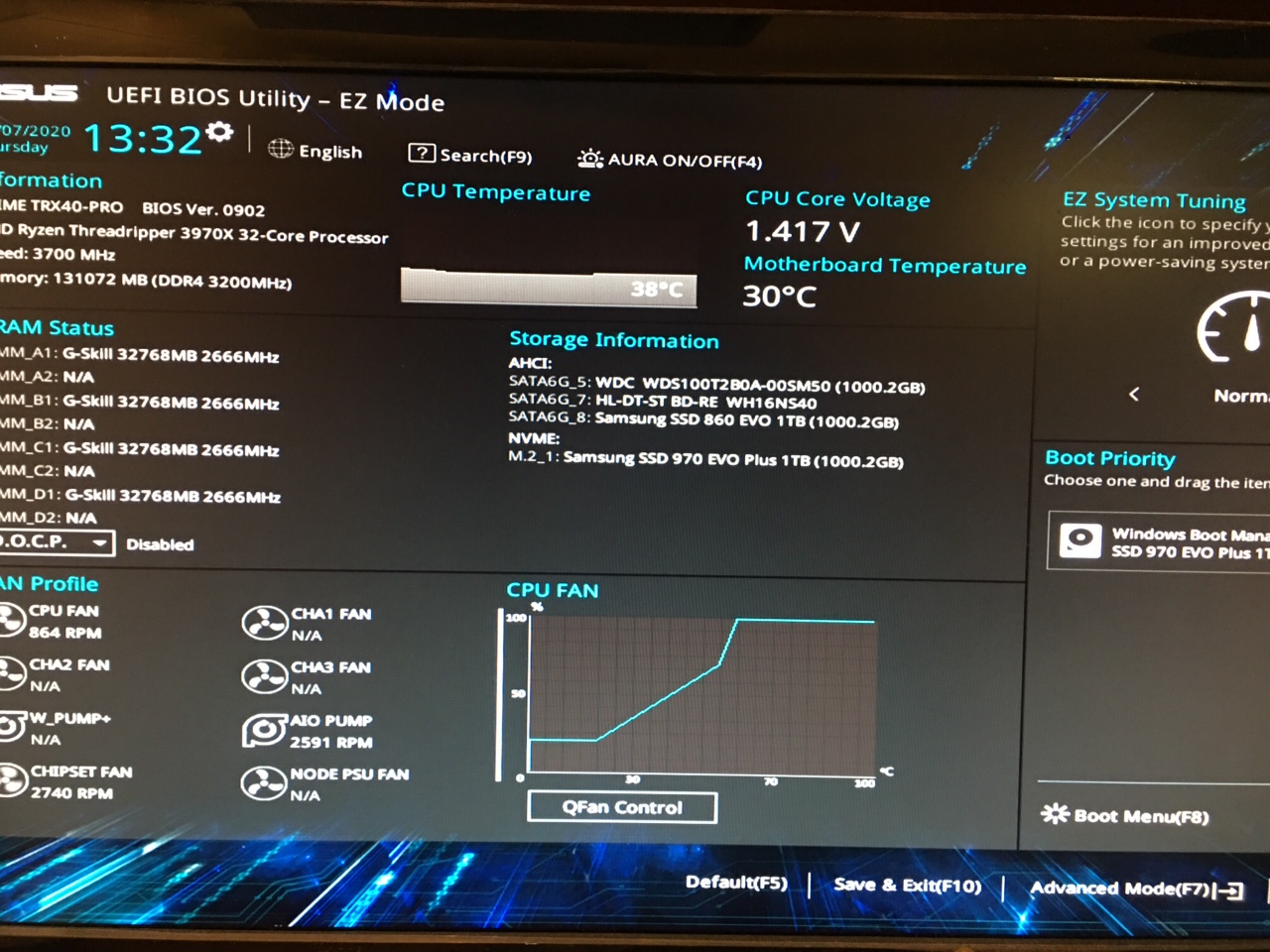 What does a hardware monitoring tool like HWmonitor or AIDA64 say it’s running at?

2666 is probably just the default jdec speed being reported. running it in xmp puts it to 3200. check with that^^

Change the AI Overclock tuner to DOCP, F10, Save and Reboot

According to ASUS1.JPG screenshot you posted, your memory IS running at 3200 MHz: 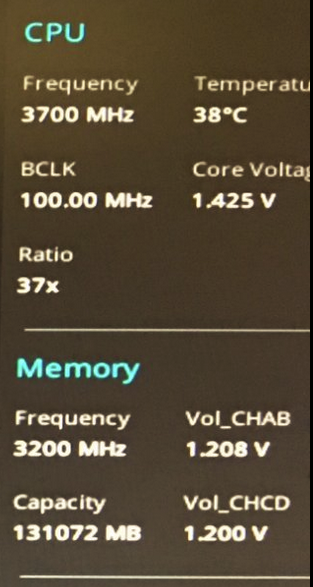 As pendragon1 said, that RAM Status might be just reporting JDEC speeds, not actual speeds.

However, it also says the memory is running at 1.20 Volts. I'm surprised it's even booting at that low voltage.
You need to change the DDR4 CHAB and CHCD voltages to 1.35V in the BIOS per the G.Skill memory specs in order to have any stability at 3200 MHz.
Scroll down in your BIOS settings and find the DDR4 voltage settings. They are probably set to "Auto" or "1.20V" now. Change to 1.35V. Hit F10, Save and reboot. Then go back into BIOS and double check memory speeds and voltages again.

Back on your AI Overclock screen change it from Auto to DOCP. That will load the XMP spec.

ryan_975 said:
What does a hardware monitoring tool like HWmonitor or AIDA64 say it’s running at?
Click to expand... 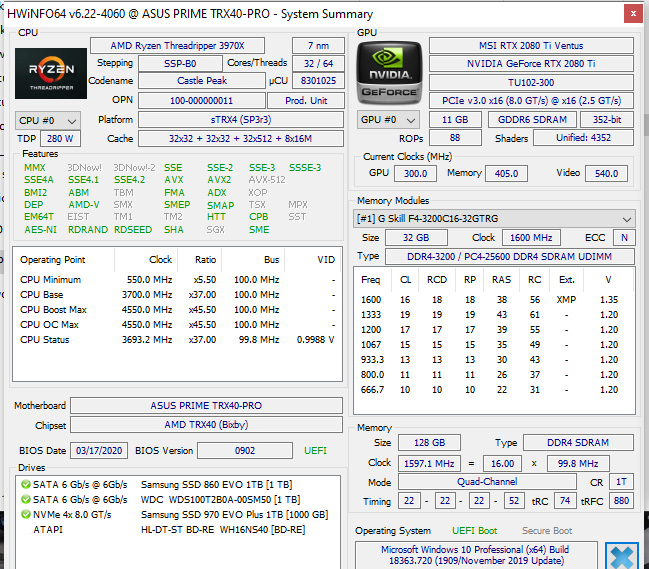 Check ASUS1.JPG -- the field that is highlighted AI Overclock Tuner.

Set that field to DOCP Standard or whatever is close to that then get back to us with the same HWInfo screenshot.
S

I changed the OC tuner to DOCP F10 reboot. It changed several setting automatically including 1.35v. I saved a screen shot of the changes it made.
It now shows voltages at 1.35 but the DRAM status is still 2666 on the main screen
I believe the RAM timings now are what the RAM specs listed on the RAM site and QVL

SLP Firehawk said:
I changed the OC tuner to DOCP F10 reboot. It changed several setting automatically including 1.35v. I saved a screen shot of the changes it made.
It now shows voltages at 1.35 but the DRAM status is still 2666 on the main screen
Click to expand...

The main screen is showing DRAM Status 2666 because that is simply the default JDEC memory standard programmed into the RAM sticks. Ignore it. Think of it as a label or sticker. It is NOT showing the actual speed that the memory is running at. DDR4 is "officially" a 2666 MHz device. Everything else is "overclocking". Edit: It's just what was programmed into the memory stick default JDEC profile for this set of memory sticks.

The actual memory speeds and voltages that the motherboard is using are shown here:

The final proof is here in your HWiNFO report: 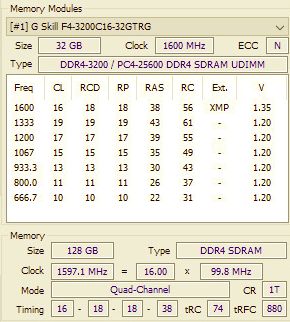 Now, go download Memtest86, throw it on a USB flash drive and boot off the USB drive and let it test your RAM for a few hours. You can boot from a USB flash drive from the BIOS Boot menu/tab shown below (or there might be a F-key (F8 maybe?) you can hit during boot to choose the boot device):

You guys are so awesome! This is a great site. I would never figure this stuff out if not for you.
You guys helped more than ASUS tech. I contacted them prior to posting this thread but the response I got didn't look too assuring so I figured I better check on here with you guys and you guys figured it out right away.
I downloaded memtest86. Looks like a great tool I'll run it later because I started another render earlier that will run through the night
S

It is interesting that 3200Mhz for 3200Mhz RAM is considered "overclocked" since it's really manufactured as 3200 and not overclocked. The PC builder said basically what you said the other day when I asked them.
I see what you say about it being labelled or classified etc as 2666 type and 3200 being considered an overclock speed
L

The memory chips themselves are likely manufactured as DDR4 2666C19 @ 1.20V, which follows the JEDEC standard. These chips are binned and taken by the manufacturer (Gskill in this case) and set to run at 3200C16 @1.35V as an option. That's just how the DIY memory market works, all those kits you see are overclocks validated by the kit manufacturer.
You must log in or register to reply here.
Share:
Reddit Pinterest Tumblr WhatsApp Email Link
Top