Asus Z270WS: Unknown USB Device - How to turn off via bios?

Got an Asus Z270-WS and all of a sudden I noticed that I have a usb port that has failed enumeration and can not start. I tried one by one plugging every usb device off but could not diagnose further than according to HWInfo this is the 2nd root hub port 18 what ever that is suppose to be. Best I could do is disable it in device manager but my bios allows me to disable certain usb ports but theres no port 18 listed.

Thanks for your interest in my little problem here. So let me go into more detail about the history behind this in that this all started when I noticed that 'Unrecognized usb device' error in device manager.
Upon further investigation I found that it would only show up when the Z270-WS PCIEX4 slot was set to 2X operation from with in bios. However turning on 2X PCIEX4 mode has a side effect of causing
the system to triple boot or turn on and off 3-4 times from a cold start. So either I run my PCIEX4 slot at 4X mode and give up the front panel USB 3.1 Asmedia controller or operate the PCIEX4 slot at 2X
mode and have both running at the same time. I did a lot of trial and error and tested each usb port out to make sure that it works appropriately and in fact each port had no issues recognizing devices
plugged into it.

Anyhow I think I have narrowed it down to this Kingwin KW525-3U3CR USB Hub card reader front panel device. When I first got it I had to send it back for RMA because I thought it was producing that
USB error and it was therefor defective. So they sent me a new one and wouldn't you know its still producing that stupid port reset failure error. Kind of disappointing. Anyhow probably was connected
to the front panel port and of course error went away when in 4X PCIEX4 mode but this front panel device is a piece of garbage. For example there on three standard usb ports on it and the last three are controlled by a hub that only works in USB 2.0 mode and fails to recognize usb 3.0 devices but only usb 2.0 devices despite it being written each port usb 3.0! The first port has its own connection bifurcated from the usb header which operates at usb 3.0 speed no problem.

As far as my system taking 3-4X to start up I ruled out every usb device by unplugging them all and it still acts that way. So I either choose to not have front panel USB 3.1 ports and have a quick startup
or have all my usb ports turned on and deal with the system going on and off every time I turn it on cold. I contacted ASUS and they want me to RMA the motherboard but I think they got a bios bug going on! 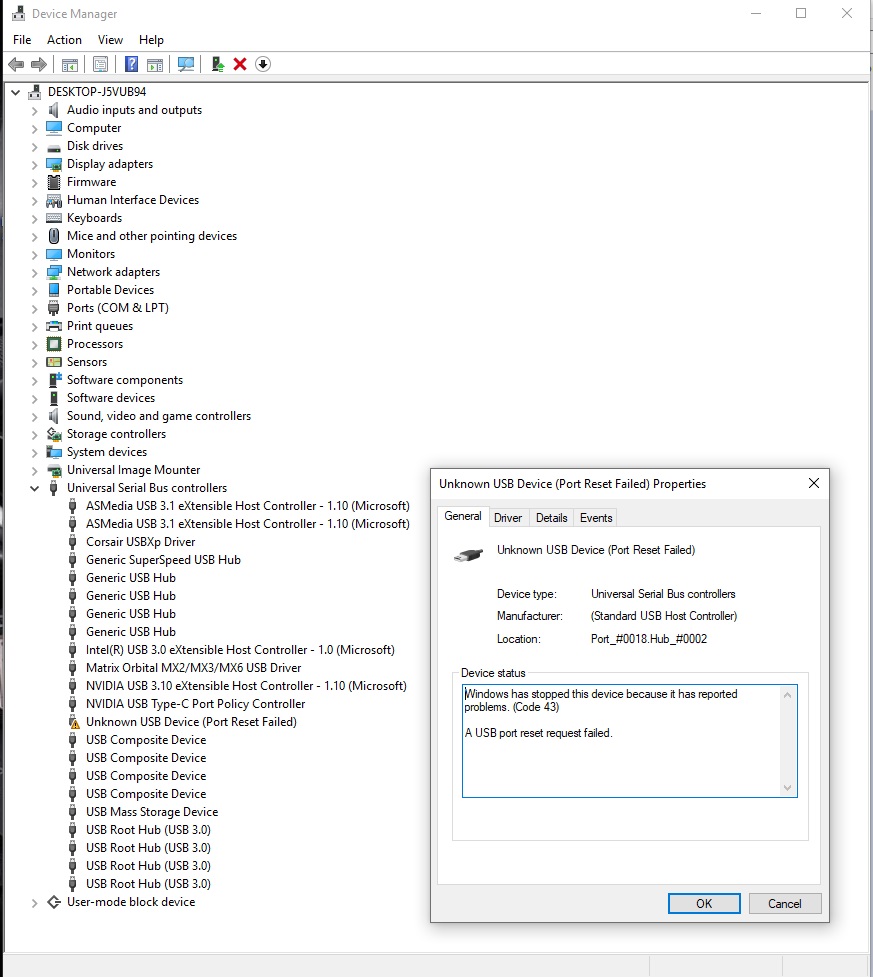 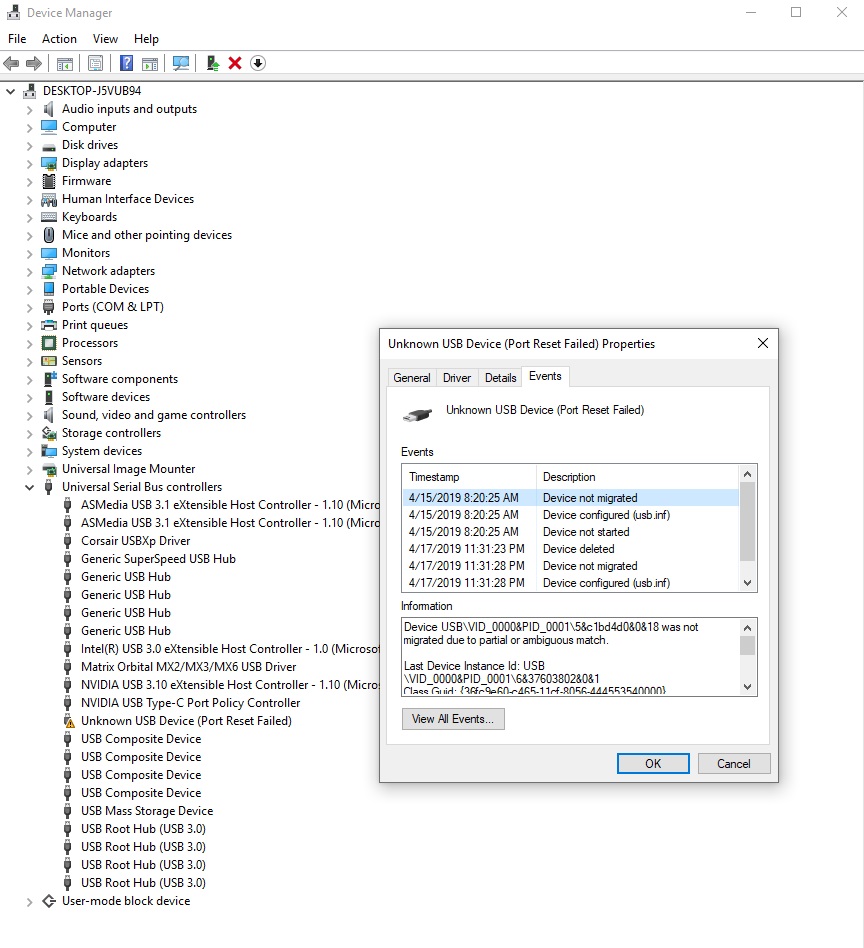 yes and it didn't work
D

James Cobb said:
did you try to uninstall it and restart?

anyway please go to the driver tag, then from the list pick "device instant path" and take a photo.

It seems that your system or any hardware driver had been updated.
the key to find out which device causing it, is that photo i asked for ....
Click to expand...

Yes I restarted the system and it keeps on coming back.

At least I know where its from as I am now 100% certain its the Kingwin USB Hub at fault!

Can't believe two in a row act like this! 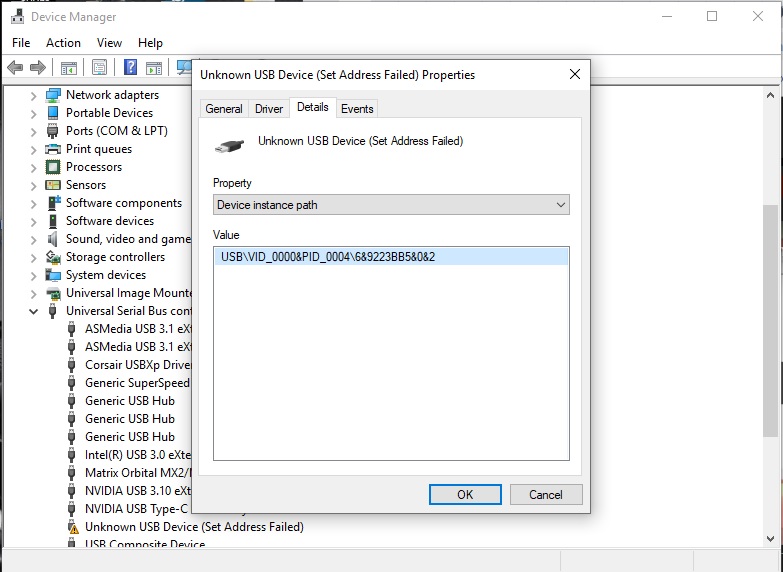 Fact is its the second one in a row to act up. Regardless when the hub works its only usb 2.0 devices only so screw that. Rather just unplug it and hold a grudge against Kingwin.
You must log in or register to reply here.
Share:
Reddit Pinterest Tumblr WhatsApp Email Link
Top