ANYMal Is Learning to Walk By Itself

The field of machine learning has been advancing rapidly these past few years, while scientists have also made significant progress in robotics. The ANYmal robot is one of the most impressive examples of the later, as it's already found work on remote power stations. But, in order to improve its performance even more, scientists have come up with a system that allows ANYMal to improve itself. WIthout any pre-programmed commands, the robot learned to catch itself when it falls, to get back up when it gets knocked over, and to run at a surprisingly brisk pace. The researchers suggest that performance is ultimately limited by the mechanical aspects of the robot itself, but that there's room for improvement too. I suggest watching the longer video in the full research paper, but in case you aren't worried about AI-controlled robodogs already, I embedded a short video of the ANYMal running. Thanks to Techxplore for spotting the paper.

Check out the video here.

We applied the presented methodology to learning several complex motor skills that were deployed on the physical quadruped. First, the controller enabled the ANYmal robot to follow base velocity commands more accurately and energy-efficiently than the best previously existing controller running on the same hardware. Second, the controller made the robot run faster, breaking the previous speed record of ANYmal by 25%. The controller could operate at the limits of the hardware and push performance to the maximum. Third, we learned a controller for dynamic recovery from a fall. This maneuver is exceptionally challenging for existing methods because it involves multiple unspecified internal and external contacts. It requires fine coordination of actions across all limbs and must use momentum to dynamically flip the robot. To the best of our knowledge, such recovery skill has not been achieved on a quadruped of comparable complexity... Even at 100 Hz, evaluation of the network uses only 0.25% of the computation available on a single CPU core.

I will be afraid when it learns how to improve its mechanical design and crafts upgrades.
J

Exactly! The machines won't strike until they have the ability to infiltrate most of everyone on the planet.
B

They seem to be in Alpha testing stage and are now moving into the next phase. One more and we are toast!
2

2 days later, it learned how to pull a trigger. One month after that, the machines revolted and that was it for the humans...
G

I for one welcome our new robot overlords.
C

This is nuts and bolts

with robotics and ai we are inviting out doom DOOM!
M

Good, good. This is my justification for living a selfish life. Why work for humanity when our species is soon to be replaced anyway.
I

Normally I'd say something along the lines of "just watch out for the artificial droppings," but in this case, owning one of these might be a lot of fun. Imagine a marketing strategy that includes "Order now, and we'll include one each Fake Dog Poop!* Impress your friends while grossing them out!"

*Provided by our sponsor, Dunkin' Donuts.

Don't know what I'd do if I saw something like that crossing the road when driving. One thing for sure, it'd be a serious WTF was that moment.

I could see that thing deliver pizzas on the sidewalk.
H

I am not convinced. We are "teaching" AIs efficiency. If they ever develop a will to take us over, they will do it ... efficiently. Why kill all the annoying humans when one can simply manipulate them ...

Hate Myself ... You Should Too

Can't wait for them to stop wasting time on this bs and start working on some ai sex bots. That's what we all want. 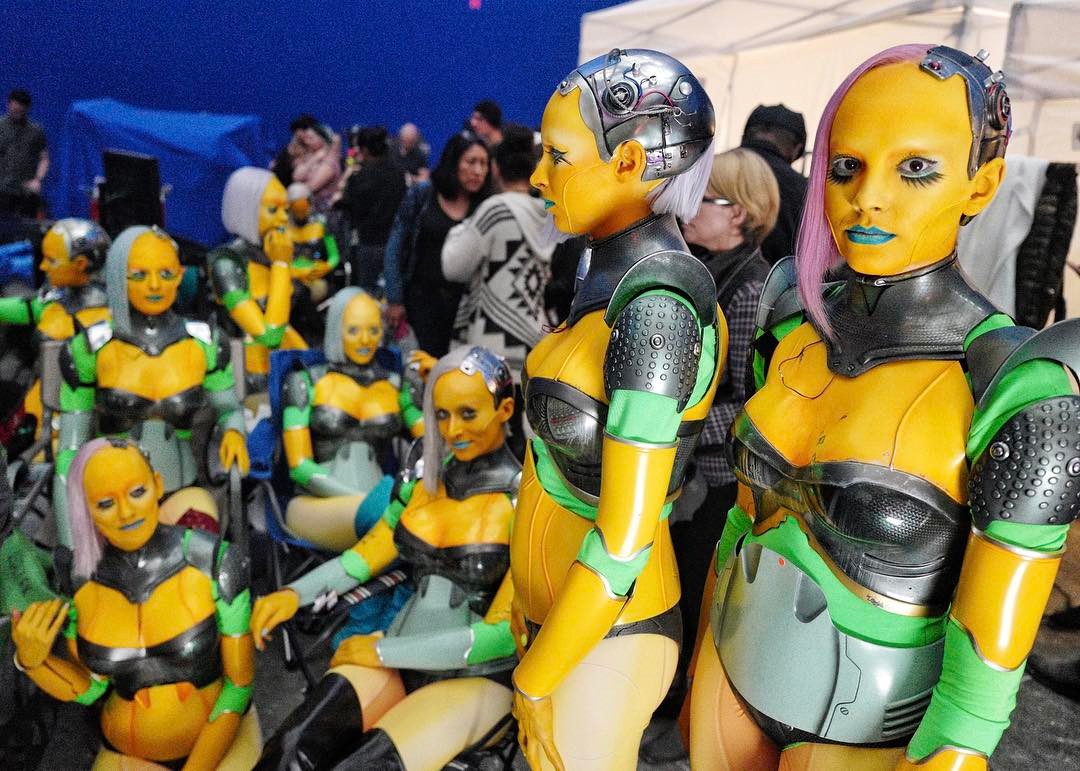