Here's a box to hold a SFX-size PSU, fan controller, and 560 radiator. An EK Water Blocks reservoir will eventually be mounted on the side. 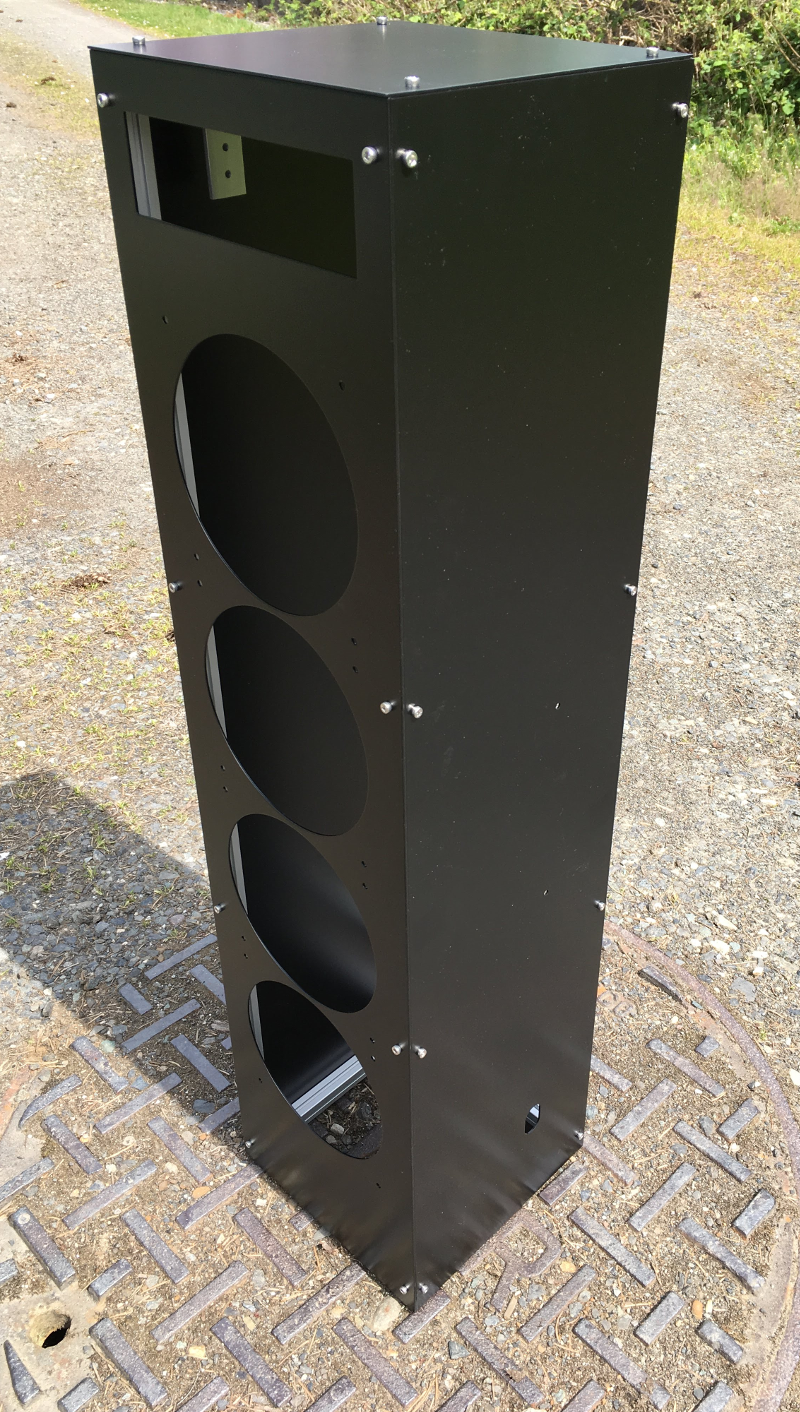 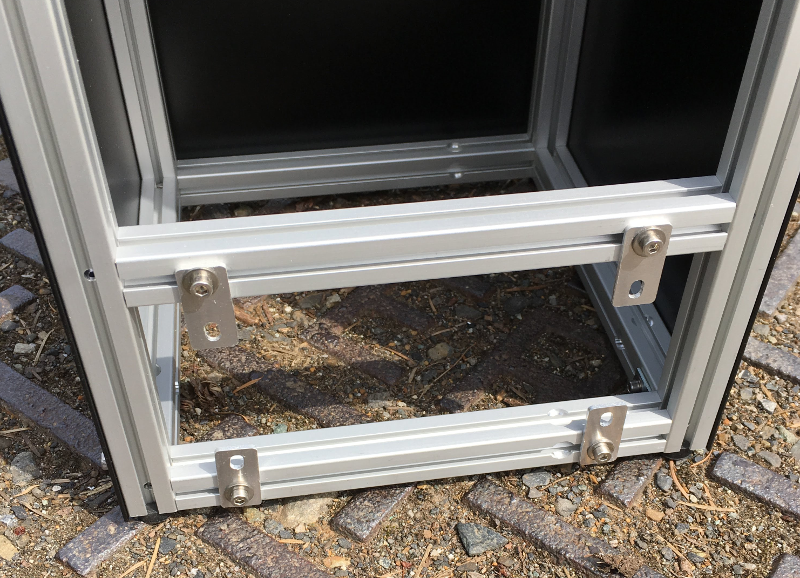 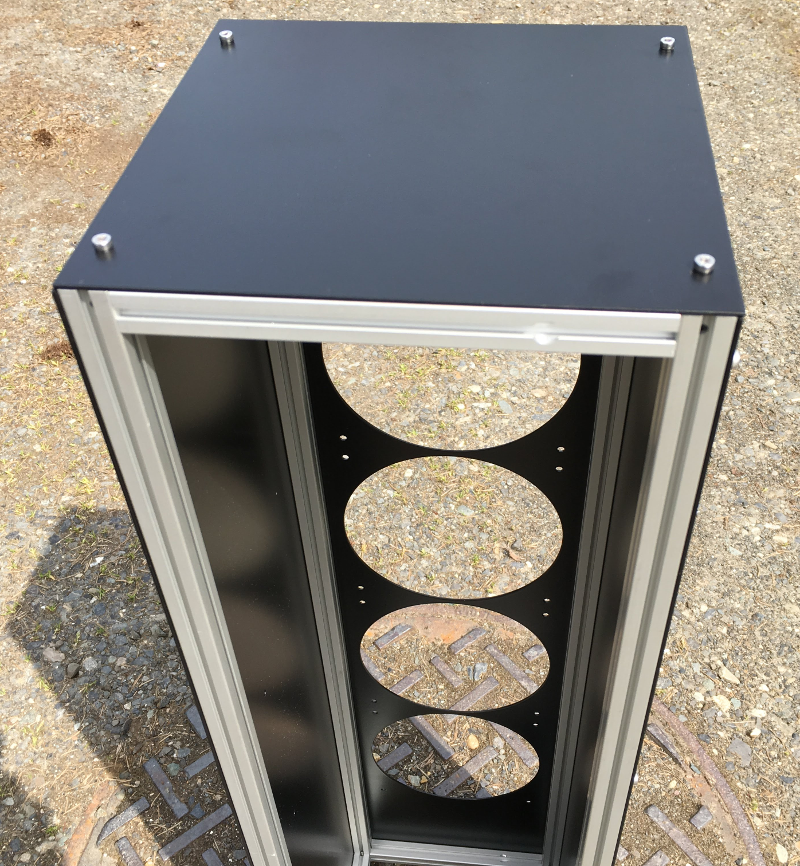 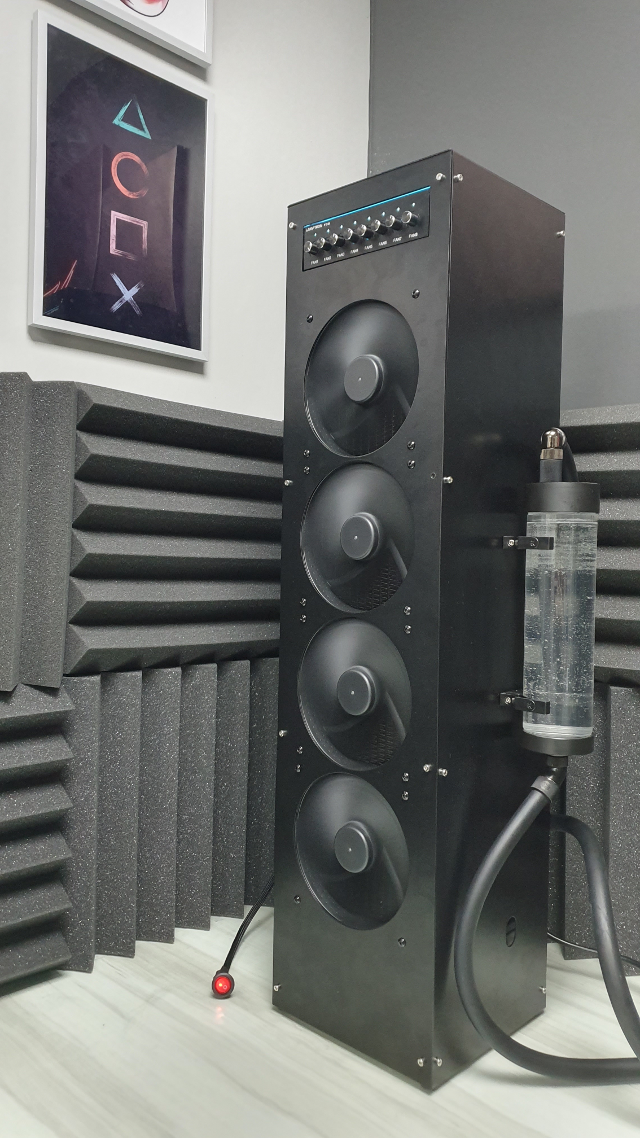 Why are my fingertips missing?

The lack of fan covers is to teach children not to stick their fingers into everything.
You only need the covers for the 10K RPM fans.


That's one slick and entertaining looking piece of metal.
A

This is one impressive piece of engineering!

That has got to be one of the coolest(pun intended) f'ing thing I've seen in a long time. As I've read many AIO and various other liquid cooling reviews I always wonder why no one is focusing on a larger or more dedicated external solution. Dude, way to use a big hammer on this! Seriously beautiful. Can't wait to see some of your bench numbers.

Neat idea, maybe next time add another 5.25 slot and use one of the bay reservoirs instead (and you can add a fill port on top of it)
S

Thanks for posting. Yeah that 360 definitely has some 'user friendly' issues going on. The custom 560 got the job done and seeing the 2080TI hold a steady 2085mhz/15.8Ghz at 32c is extremely impressive. Just wish there were more real world gaming benches to go along with it so I could reach a better decision on whether or not I would also do this. I would honestly suggest some tweaking and lower the vram to 15Ghz and try to get that core around or above 2100mhz. Yes the vram on these will OC like a beast but it limits in both power and temps what you can do with the core and that's where the real fps gains will happen once the vram is above 14.5Ghz.

My semi quiet settings are simply keeping the Strix fans at 72% which keeps the card at 50c-60c during long sessions and the clocks are 1900-2000mhz with the stock 14Ghz for Vram. These settings also keep the card fans at close to the same volume as the case/cpu fans. Less demanding games are holding 60+fps in 4k while DXR/DLSS with some things turned down might be 50-60fps and rare dips to 45-50fps. This gains me ~1-5+ fps for most games vs stock reference clocks. I've got some more aggressive settings that will hold a steady 2033mhz/14.5Ghz but things get noisy and hot in the room. I've had some spikes upwards of 2100mhz and I can get Vram upwards of 15.2Ghz but temps get harder to control for the core plus I've noticed fast vram doesn't mean much if the core can't keep up. I only really use these settings for more demanding DXR stuff and they give a further gain of 1-5+ fps in gaming over the stock Strix OC settings. Add those together and that's roughly 10fps over reference clocks. I imagine that if someone could hold 2100mhz, or higher, & 15ghz they'd probably gain another 1-5 fps. At that point a near solid 60fps, or more, for mostly maxed DXR in 4k should be attainable. For non DXR gaming they should approach 4k/120fps for many demanding things.
You must log in or register to reply here.
Share:
Reddit Pinterest Tumblr WhatsApp Email Share Link
Top