I've used 3D Mark ever since the beginning. I find it very useful for building PCs and testing performance and stability against a known standard baseline, or even generic performance expectations from like builds. When I build and sell a system I almost always include a 3D Mark benchmark and stress test as proof it's operating as it should.

The 2020 updates have me shaking my head in disgust though. They made arbitrary modifications to the scoring systems which do NOT reflect real world PC use - assumingly because couple year old hardware can still score comparably well to the newest stuff in the old usability scores -- and they have a hand in selling hardware, and motivating new hardware purchases.

However, the benchmark score thresholds aren't real world reasonable and this cheapens the FutureMark product to the point I don't want to support them anymore with my future purchases. This new scoring system reeks of a "fake news".

What do I mean?

Well a year ago if you scored in the 21,000 range with a 1080TI based machine you were given a benchmark score that said you exceeded a 4K gaming machine - see example here: 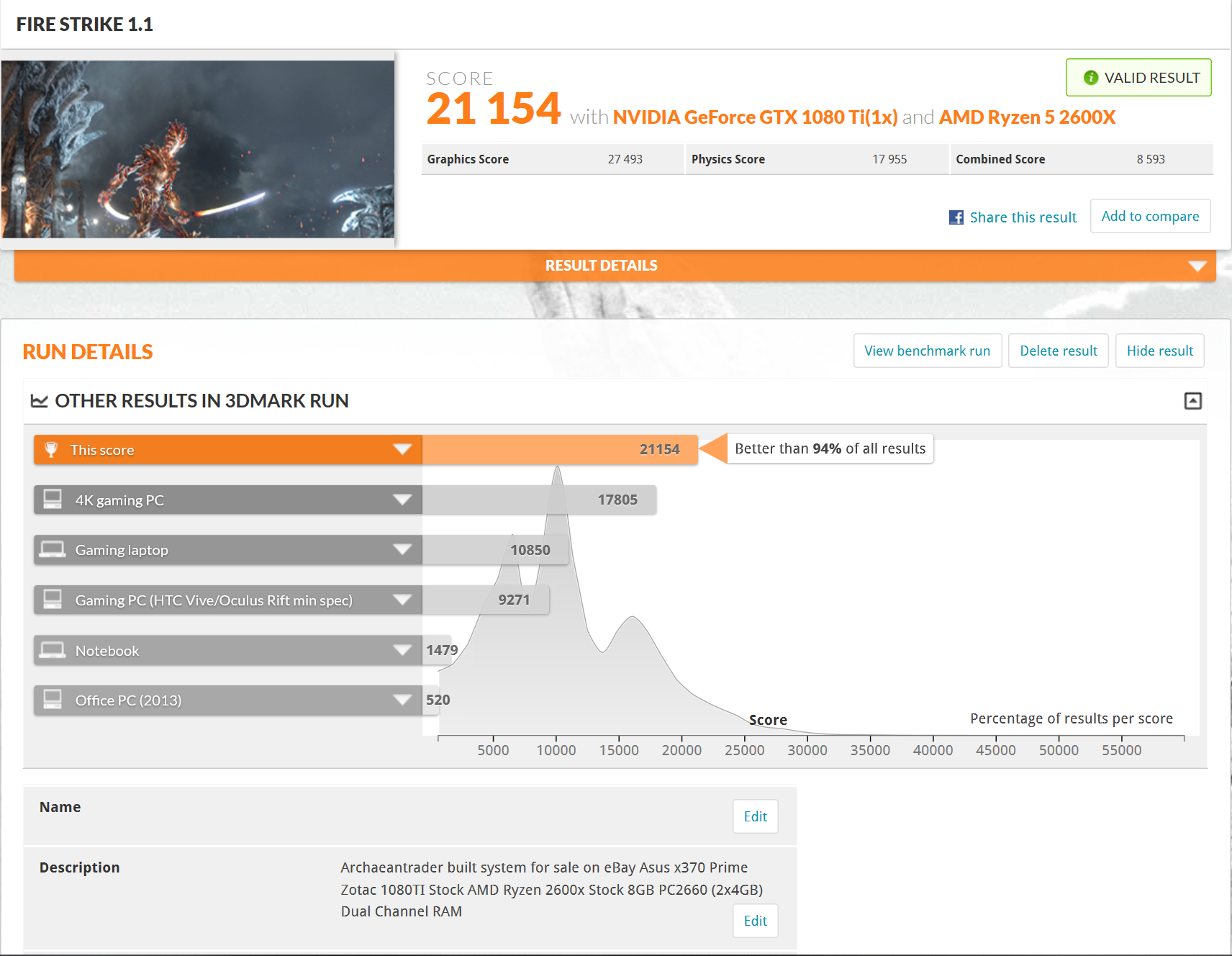 That needed to be updated because the 1080Ti wasn't going to stay a > 4K performance machine threshold... But they swung the pendulum too far and into the land of arbitrary...


Now with the 2020 update that same score threshold is said to barely meet the criteria of a 2020 Gaming PC. Rubbish! There isn't even much better at 4K. We all know the CPU isn't really going to gain much at 4K resolution and it comes down to the graphics card. So we are talking about 2080 to 2080TI will be the only real world significant upgrade for gamers. I can play any game on the market right now with this x99 6950X system at 3440x1440 and max settings with no issue, yet it's not quite the performance level of a entry 2020 gaming machine? (why, because it's it's a few years old and doesn't generate new sales anymore - but not because it is poor at 4K gaming performance) 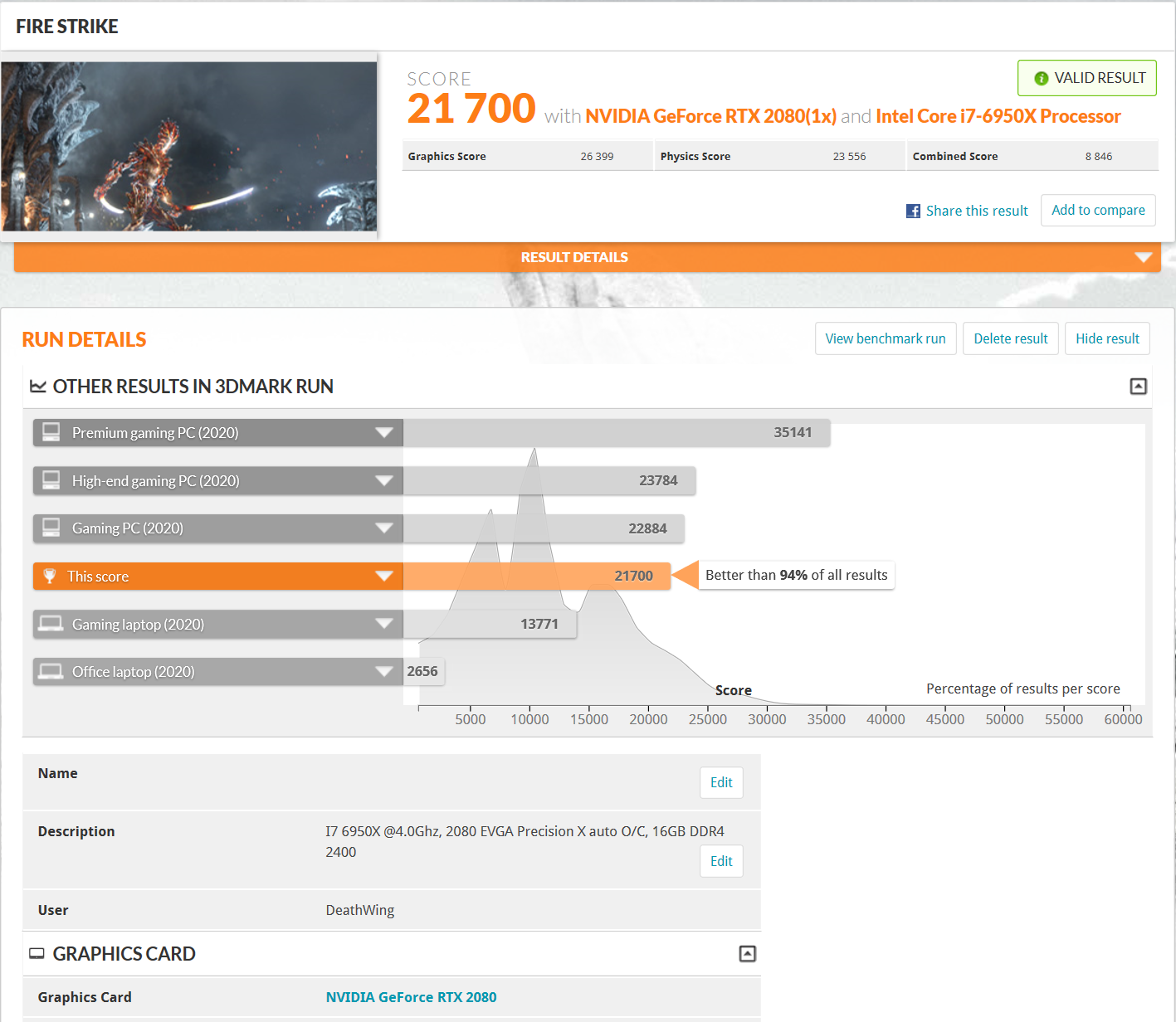 And it's not just 3D mark that has had the benchmarking score thresholds revised; the PC Mark 10 score thresholds have also been revised. It too is for the worse.
My overclocked 6950X 10core/20 thread processor is the equivalent of a 2020 corporate office laptop? More rubbish. I use a top end HP Z-Book at my workplace. It has a beefy E3-1505M v6 Xeon processor. Yet, it's a slug compared to this 6950x desktop system with all cores @4.0Ghz. According to this 2020 update, it's same ballpark. Corporate made a poor decision here, and lost a lot of respect here from a multiple time repeat customer. 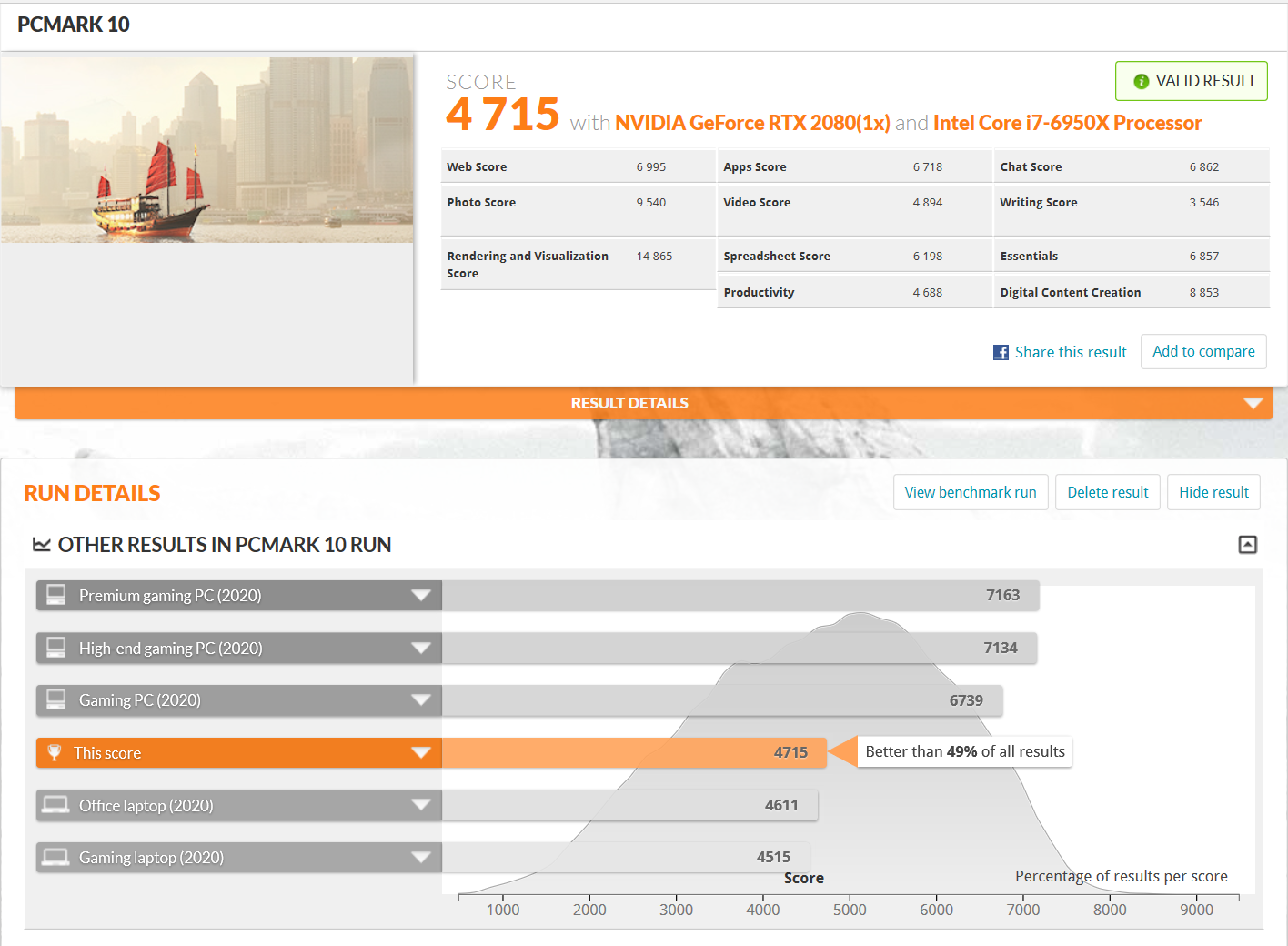