Worst Experience of a Monitor you ever purchased?

My hat goes to the Dell 2005 FPW the eyestrain I experienced with this monitor was debilitating I went into work the next day after buying this sucker MY GOD I sold it on ebay the week after. After reading some reviews on this panel someone said "it raped them like a Super Nova" on C-net so I knew I wasn't alone. Someone said I looked like a baked Potato
at work. 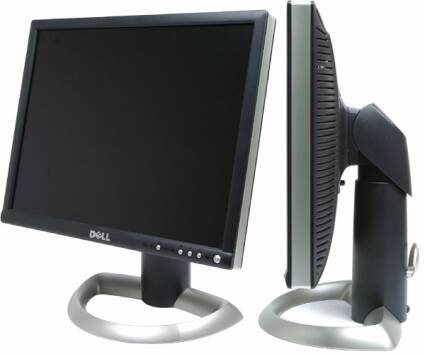 Returned 4 of them due to pixel defects, backlight blotch, and bruising caused by the foam pressing up against the screen during shipping (the downside of super thin bezels - no protection of the panel when shipping).

Overall awful image quality. Next to my ZR30w everything was really washed out and bland. Horrendous viewing angles and color shift due to it being a TN.

Never again. Hopefully the new Acer 144Hz IPS will crap all over this.
N

Comixbooks said:
My hat goes to the Dell 2005 FPW the eyestrain I experienced with this monitor was debilitating I went into work the next day after buying this sucker MY GOD I sold it on ebay the week after. After reading some reviews on this panel someone said "it raped them like a Super Nova" on C-net so I knew I wasn't alone. Someone said I looked like a baked Potato
at work.

I had this monitor for a decade and really, it was fine. Although for the second half I was using it as a wing for my 30" Apple Cinema Display.
J

Some cheap 19" LG from ~8 years ago (it's resolution was bested by my laptop with just 1600x900... natively supported by a surprisingly small number of games, back then - the 16:10 14XX x 900 was better supported).. It's what eventually made me realize my old CRT was actually quite good (though broken), and set me on the path towards my current U2711/Z2420Z setup.

Anything Samsung. Nothing but issues for me on every product.

Dell 2005FPW was pretty bad for me as well but not due to the same reasons, simply could not get a unit that didn't have dead pixels.
S

4-5 years ago i was coming from a 17" Trinitron CRT to a 37" samsung LCD.
I honestly cant remember the model but it was 4-5 years ago so it wasnt as good as current LCD's are.

That only lasted about 2 months, 1 of which was spent trying to 'fix' it when infact it was just the inate crap quality that is LCD. Try telling that to a retailer though

The ghosting was bloody awefull, and the blacks were grey even though it was a VA panel iirc. And the build quality was shit, flimsy plastic stand and all.

Anyway i eventualy got a refund and picked out what im currently using, a 42" Panasonic Plasma. Didnt want to go that big tbh, 37" was my aim, but Plasma's only went as small as 42". The build quality is much better with a solid hefty metal stand which has 2 massive metal bars that slot into the unit all covered with a plastic outer skin.

I've seen plenty of LCD's since then, 2 of which are in the house now acting as the front room TV and 1 as a PC screen for my old mans rig in the back room. They are better than the crap i had 4-5 years ago but still pale in comparison to the image quality of my plasma imo.

Ill never try a LCD bassed VDU again, i wont be changing VDU till i find a OLED screen that matches my desires.
N

I purchased a benq 2420t or something similar. . One of their 24 inch 144hz monitors. Was super excited to get it home but upon opening it I was horrified at the screen quality. It looked like a grey film had been placed over the monitor and it had a really bad color shift from top left to bottom right. I immediately took it back to get it checked out and request a refund/exchange it. They phoned me the next day to say nothing was wrong and they were going to charge me a 50 dollar inspection fee..... I was super pissed and ended up selling it.
S

The fact that monitors doesn't have the higherend specs found in tvs.
M

You can read my story here,, been stubbornly working on this for a few days..

jeremyshaw said:
Some cheap 19" LG from ~8 years ago (it's resolution was bested by my laptop with just 1600x900... natively supported by a surprisingly small number of games, back then - the 16:10 14XX x 900 was better supported).. It's what eventually made me realize my old CRT was actually quite good (though broken), and set me on the path towards my current U2711/Z2420Z setup.
Click to expand...

was it this model LG? I actually liked them at the time, and they were my first LCD screens.

I bought a new 37" TV as a monitor from Overclockers UK.
When it came, it wasnt new and was in a box from a different TV which was falling apart so was wrapped in bin liners to keep it together!
PC 1080p input didnt fit the whole screen horizontally, it was squashed and couldnt be fixed.
Clearly they were trying to get rid of it deceptively.

The RMA process was a nightmare, throughout they stopped responding.
In the end I threatened court action but I still had to kick them into action multiple times.
That wasnt my first bad experience with them so I havent shopped with them since.
P

Back in 2006 I decided to "upgrade" my Mitsubishi 19 inch crt for a hot new LCD. I didn't know anything, just assumed because LCD was the latest tech it would be better. Walked into Fry's and told the sales guy to show me the best 24 inch LCD they had. I walked out with Samsung. I wish I could remember the model number. I do remember what a total piece of crap of a display it produced. Any shifting in the computer chair and the image would fade. Colors were bland, image looked grainy. Every short coming that a TN monitor can have this Samsung had to the max. Fiddled with it for a week, thinking it must be me, I must have it set up wrong. Nothing I could do helped, so I returned it and was so happy to have my CRT back!
M

Used to own a glossy Catleap. Unfortunately broke it due to carelessness. Decided hey why buy ANOTHER 1440p screen now when 4k has become somewhat "affordable"? Decided to get the Samsung 28 inch 4k and the first thing I noticed was how "grainy" it looked compared to my catleap. That's when I started reading up on the whole glossy vs matte debate and found out just how much I miss having that glossy IPS screen as a daily driver for web browsing, etc. Couldn't return it either because of newegg's 15% restocking fee which I am NOT going to take a hit on for an item as expensive as this. So now I'm just holding onto it until theres a 4k, glossy, g sync/freesync monitor out to replace it with.
M

I got really great 24" 16:10 MVA display (it's still alive and in perfect working condition) which only had two as I assumed back then non important issues - only 1 DVI input + 1 D-sub and it lacked any scalling options in display itself. Well who cares I only have pc anyway.


Then 1 year later I've bough PS3 which I had to relocate from main tv in house to my gaming corner due to family watching some crappy shows all the time soon after.

My fist didn't make it past the first 5mm
J

I asked for a Samsung panel with matte finish (yeah, yeah - I know) and I was supposed to be "upgrading" from my M991 CRT at the time. Man - it was not an upgrade at all. Crushed blacks, motion blur, and my eyes just weren't used to seeing all that widescreen goodness. A couple of years later, and I'm not really regretting it that much, but the jump from a decent CRT to a LCD wasn't all that great. The panel is a 21.5 inch 1920x1080 panel. It's not that bad (once you lower the contrast in the nvidia control panel), but it wasn't as good as the CRT it was replacing.