It looks like a dude wearing a women's wig to me, but whatever floats your boat...

The World Robot Conference in Beijing was reportedly taken by storm this week when the latest iteration of Geminoid F  an almost terrifyingly-realistic robot woman  made an appearance during the show. Known to many as "the world's sexiest robot," the rubber-skinned android can speak, sing, and even act according to China's state-run news service.

terrifying is right.
B

I Strike Fear into the Hearts of the Masses

uhhhh, ok. If they say so

There was a time where, if the body parts were enough fun, I might overlook that face and the personality issues. Thankfully I *may* be past that now in my old age.

I'll be a loyal servant to our robot overlords - easily amused and satisfied and very few human connections. If they happen to ever read this. Which they obviously will.
D

The robot has been around for a few years now. If anything, I would of expected them to have a new prototype of it by this point. Maybe they do but they are not ready to unveil that just yet.

not much has improved:
https://youtu.be/aF_8gM4urmA?t=1m0s

I remember reading that sometime in the year 2025 there would be 1 female per 20-25 males in china. That includes their moms... So this thing could be useful for the surrounding nations men when North Korea runs out of girls for china to nab. Or they will just ship the men to America in exchange for debt relief.
C

lostinseganet said:
I remember reading that sometime in the year 2025 there would be 1 female per 20-25 males in china. That includes their moms... So this thing could be useful for the surrounding nations men when North Korea runs out of girls for china to nab. Or they will just ship the men to America in exchange for debt relief.
Click to expand...

Let me know when they make robots look like this...

excuse me, but are you Caitlin Jenner? 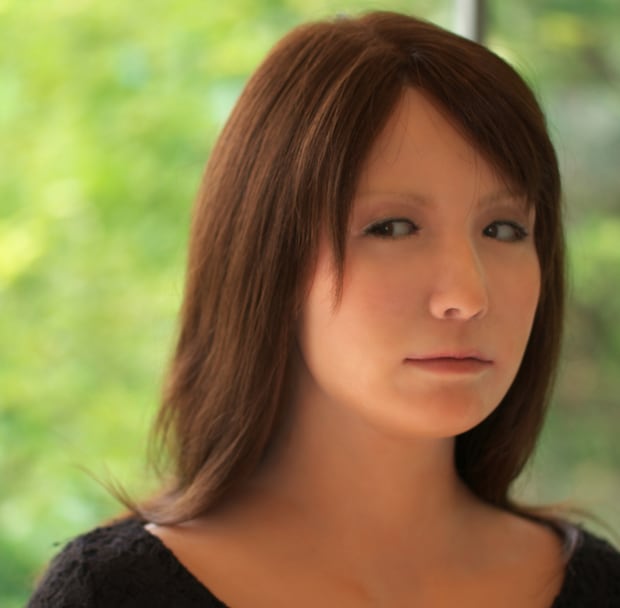 A lot of people talk about Luddites without knowing the etymology.

To preface, on average women are smaller, run slower and less efficient, are physically weaker particularly in upper-body strength, have less endurance, are less aggressively competitive, have higher normal body-fat percentages, have weaker bones, less robust immune systems, have greater hygiene demands, and aside from being able to birth children are pretty much in every measurable way inferior to males. However, when it comes to the "birth children" aspect, because males have such a high sex drive there is always a greater demand for sex than there is a supply, and that is very empowering to women. That's why most women oppose allowing other women to choose to sell sex and tend to slut-shame each other, because cheap/easy sex on the market reduces their own sexual currency.

Likewise, lets look at other robots like Asimo. Do we really think its coincidence that Asimo is so cute and child like in size? Of course not, that was a conscious decision to make him less intimidating to manual labor males, that would have been opposed to the tech if Asimo were 6'5" tall and imposing. And with sex bots, imagine that you're a woman with a kid from another man that you need help supporting and you're approaching "the wall" at 30, how are you going to attract a high SMV male if there's competition in the form of robotic sex slaves that are modeled to be the ideal image of physical perfection that never complain, never make demands, have no baggage, live to serve, and every year will remain as young and beautiful in appearance as the year before?

So the Luddites were large groups of manual laborers in the early 1800s that did everything in their power to organize and destroy machinery they viewed as a threat to their jobs and hold back industrialization as much as they could, and I think that engineers today are smarter and have learned from history. So sure there's the practical concerns of a smaller robot being easier to work on and likewise with "sexy robots" there's a need to frequently access the mechanics and make changes and upgrades to focus on before tweaking aesthetics, but there's also an intentional design to not make the robots too intimidating to large groups that might use their influence to stop their development. After all, there are far more female voters than there are males that could nip the tech in the bud, under the excuse that its "immoral" or something in order to kill the competition.

Otherwise, do a (NSFW) google search for "RealDoll2 Sai" for example on how much detail can be captured with modern silicone molds. Here's a safe for work side profile shot of a RealDoll face: https://theanadromist.files.wordpress.com/2012/04/realdoll-face.jpg
Q

Doesn't pass the uncanny valley for me, just another ultra-creepy robot. Not even really a robot, more of an anamatronic puppet. I'm not saying this tech isn't advancing, it's just saying that it's not advanced to the point their their claims of it have.

P.S. Ducman, I'm sure they will build realistic sex bots at some point. All the disapproval in the world isn't going to stop it. Capitalism always wins out in the end and there is a lot of money to be had it in. The tech needs to be there, and affordable enough first and I think we're quite a bit of time away from that at this point.
D

Sure, just like the Luddites couldn't stop industrialization, but they can certainly hold back development 10-20 years by working together to create social stigma and/or putting laws in place in some governments to prevent their investment.

Look at the state of aviation for example before and after warfare. Before world war, the rate of progress in aviation was virtually nothing, with just a handful of people around the globe spending any time on the industry. At the outbreak of war though, technological development was absolutely insane, and in no time we had rocket powered flying wings and jet aircraft flying over Europe. The pace of progress is directly related to the investment in the industry IMO.

So even if all women do is attach a strong social stigma to sex dolls (anamatronic or not), and don't try to pass any laws against it (remember, the prohibition was almost entirely a product of Women's Suffrage, and if they can ban beer they can ban anything), that can be enough to push back development to a snail's pace. If by contrast they had a store next to Best Buy and it was no different than buying a smartphone, I can promise you they'd be as common as strip clubs and car dealerships and they'd probably be capable of making sandwiches with beer filled mammary glands.
E

I'm sure that looks sexy to someone. Just not anyone I know.

Methadras said:
excuse me, but are you Caitlin Jenner?

The hair looks pretty good, it might be real though.