What are you nerds playing this weekend?

Seems like I am playing a dozen games at the same time. Nothing seems to keep my interest for longer than a few minutes. Will probably continue playing God of War, World War Z, Wolfenstein 2, maybe Skyrim, and possibly Hitman 2. Can't say I am particularly excited about any of them.

The only game i've played recently i've truly enjoyed was Wolfenstein 2009. Can't buy it digital anywhere, but you can buy it physical. It's actually quite fun and under-rated in my opinion.
V

zamardii12 said:
The only game i've played recently i've truly enjoyed was Wolfenstein 2009. Can't buy it digital anywhere, but you can buy it physical. It's actually quite fun and under-rated in my opinion.
Click to expand...

I love that "BJ with the black hair" version of Wolfenstein. You made me want to give it another go. I've only beaten it about 6 times.
J 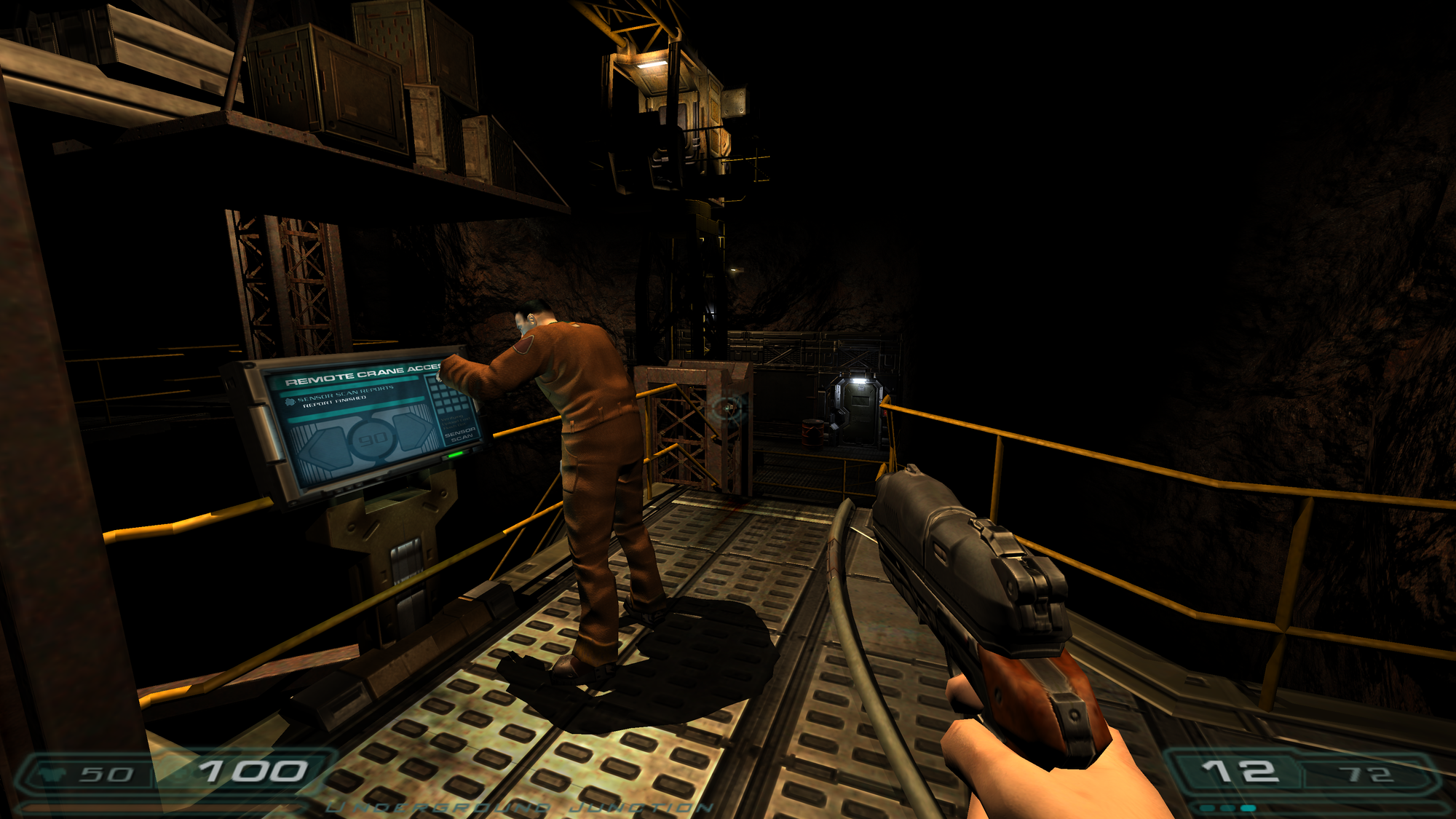 Looking to jump into the Splitgate: Arena Warfare tonight. Supposedly the beta came out today.

The Division 2. I am level 19 and still playing through the story.

Home from work so Duke Nukem Manhattan Project in 4K 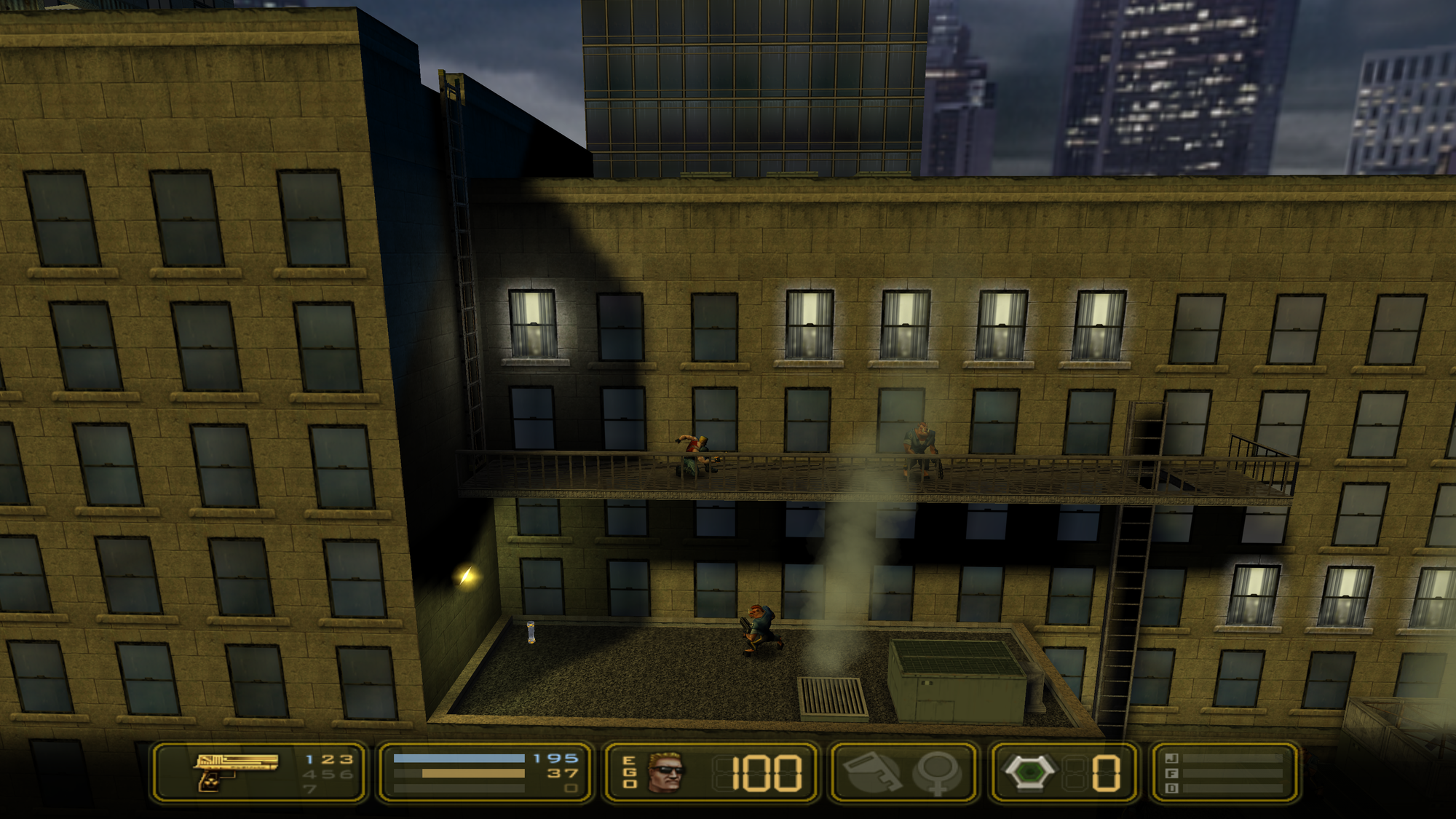 No longer the weekend but leveling a necro in D3 to shake those Monday Blues. D3 looks great in 4k too. 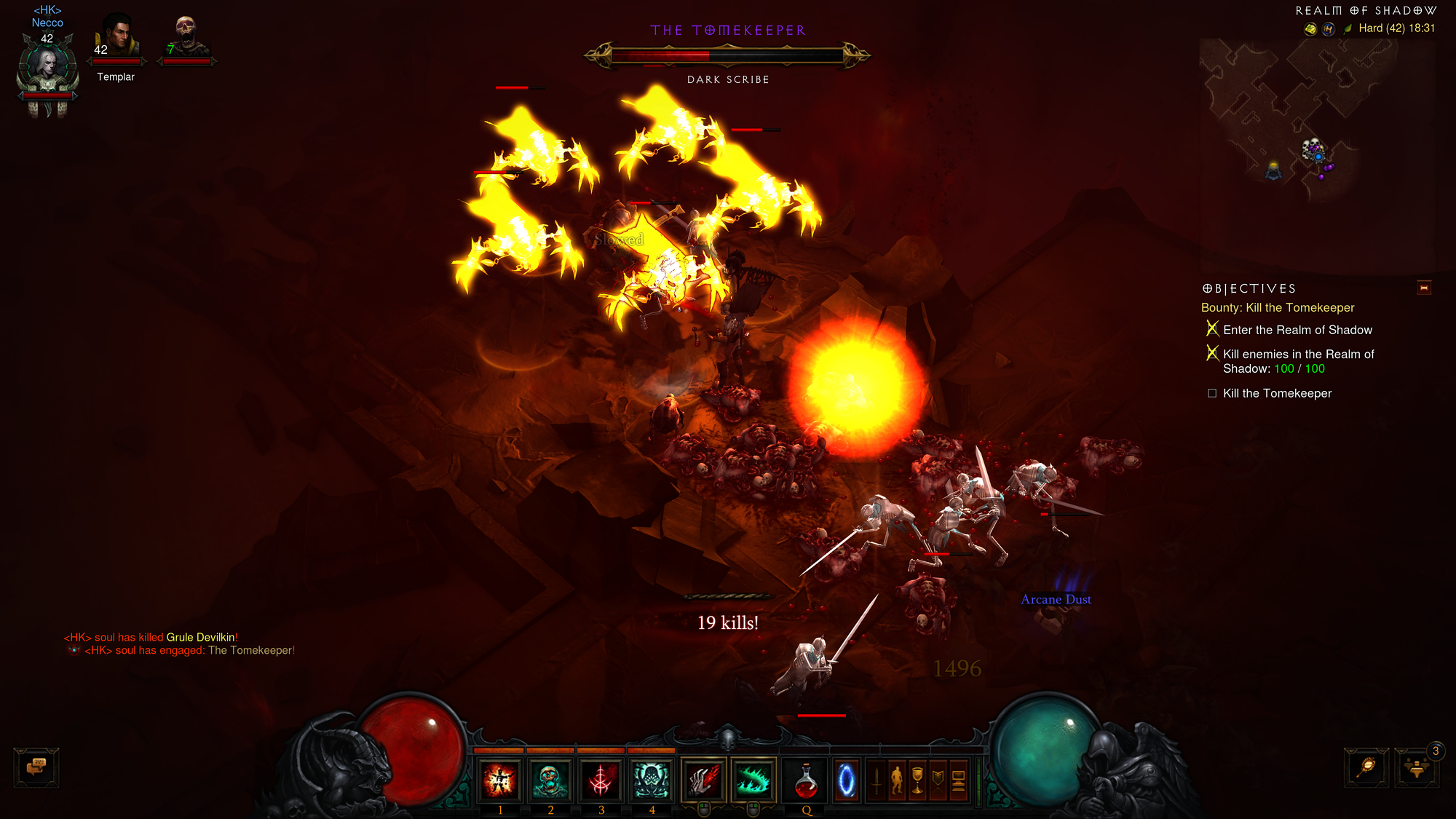 Wipped out my Mahou Daisakusen PCB This weekend. 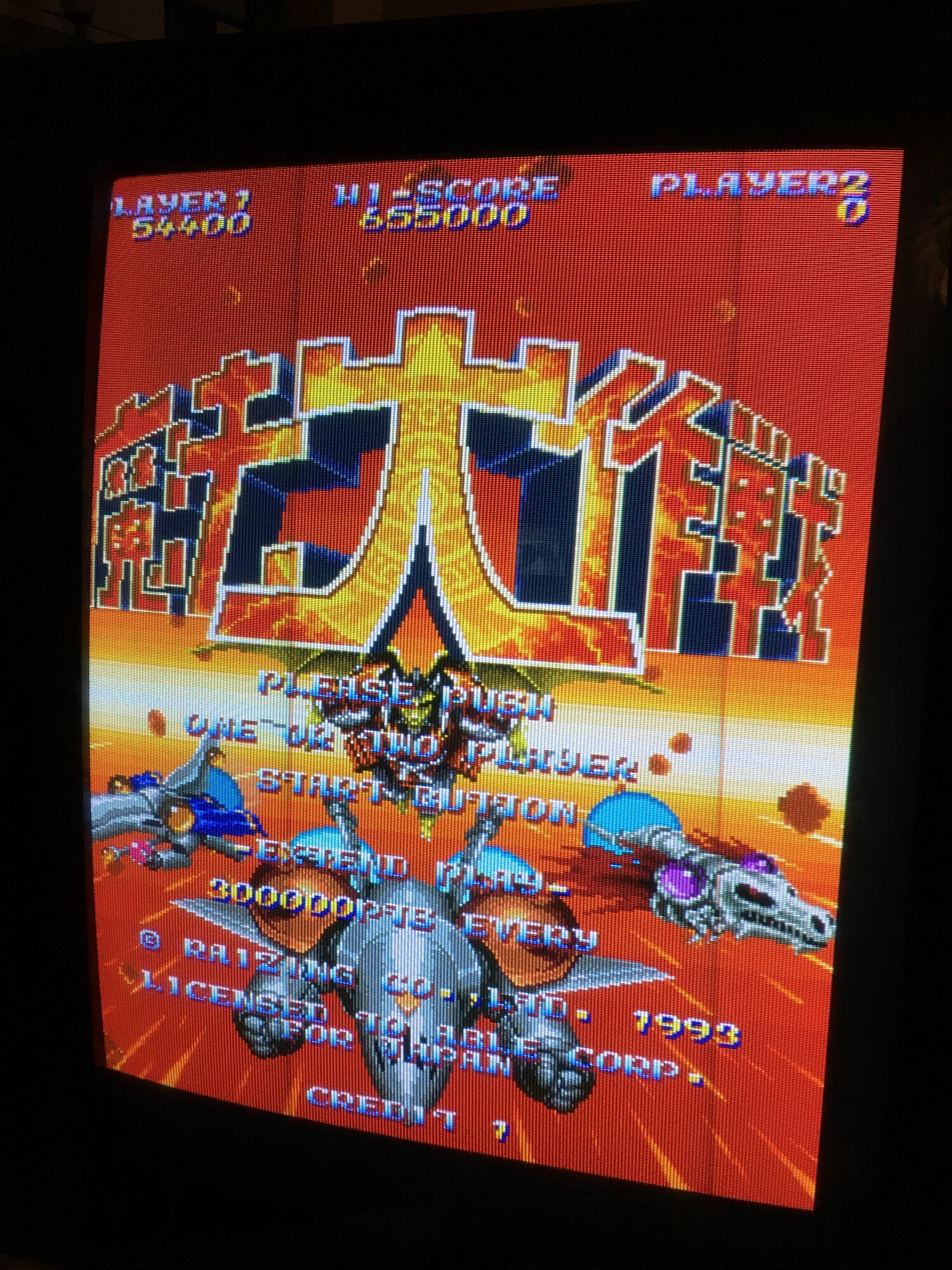 Getting the racer ready 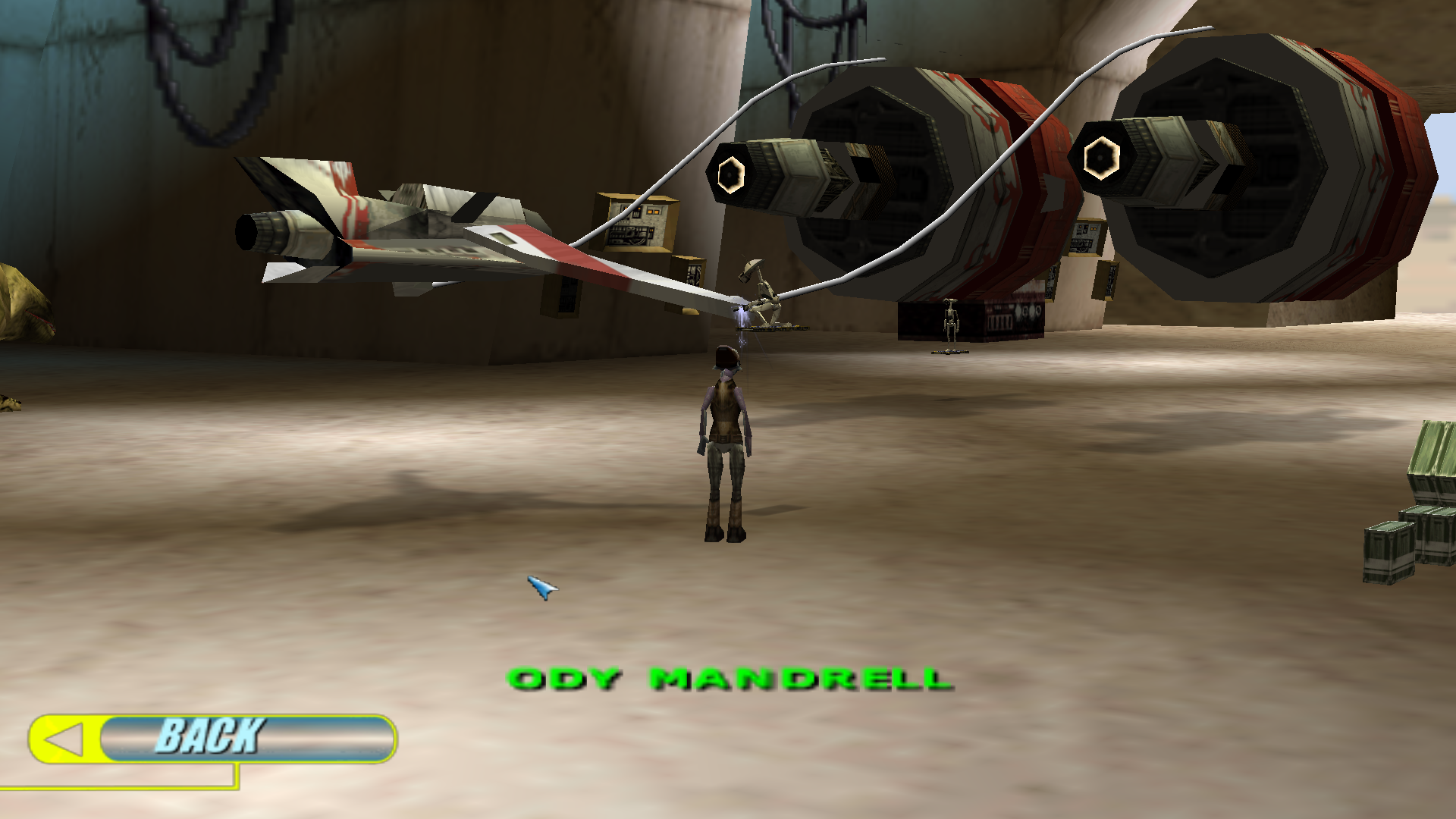 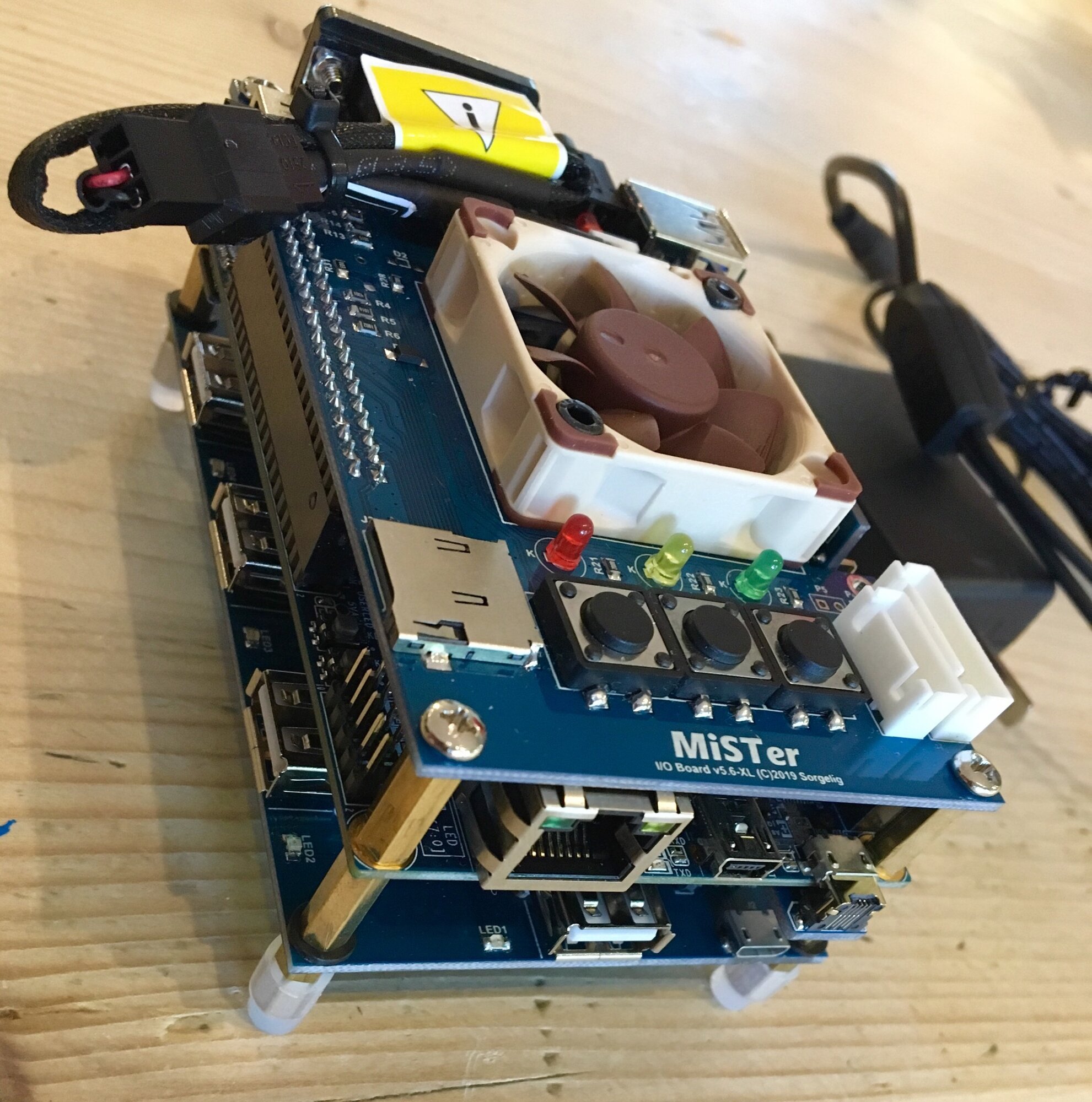 This arrived. Now to try it out. I think I’ll start with my PC Engine collection.
B

Don't got no gaming machine right now at this time.

Last game I played was COD4. Coolest racing game ever!

I just lied......MS Flight Stimulator recently.......but that was a while back and I donut really consider it a game....per se.

I guess I should build a new gaming machine. But I don't know any games to buy.

Started playing world of warcraft again. I usually play on the horde faction but my friends switched to alliance so I joined them. Any other wow players on here?
J

RAGE 2, and building the case for the MiSTer FPGA this weekend.

alexraw said:
Started playing world of warcraft again. I usually play on the horde faction but my friends switched to alliance so I joined them. Any other wow players on here?
Click to expand...

I still play daily, I'm in Europe though. I do like the Alliance campaign better his expac even though I mostly Horde, but I do maintain one high lvl Alliance to see how the other half is doing.

Didn't buy anything on Epic picked up Battlefleet Gothic Armada 2 on Steam I wanted this game months ago but wasn't going pay full price.

I'm going to try and complete NG+ in Sekiro this weekend. After that, I'll be moving on to Devil May Cry 5...which should be easier, but mechanically different enough to throw me off.

J3RK said:
View attachment 160223 This arrived. Now to try it out. I think I’ll start with my PC Engine collection.
Click to expand...

So is that faster than an RPi for emulation or something?

As for gaming - board games on Saturday, then probably Monster Hunter World and Forza Horizon 4.
J

MavericK said:
So is that faster than an RPi for emulation or something?

As for gaming - board games on Saturday, then probably Monster Hunter World and Forza Horizon 4.
Click to expand...

It kind of depends. It provides quite a few ways to achieve the system simulation/emulation. In theory, yes, but also the potential to be much more accurate. Chips can be implemented in programmable logic with 1:1 functionality. They can also behave like the real ICs in that all of the functions can happen in parallel as they would in a real system rather than over several cycles of program code on a CPU. There are also some hybrid methods where the ARM CPU can do one part of the emulation (like CPU core emulation) while the FPGA does custom chip functions. Many of the system cores that people have written work extremely well. Others are still a bit new, and need some refinement.

It's kind of a matter of taste and interest really. You can put a Pi setup together for $50. This cost me around $350. I take an interest in programmable logic for other reasons though, and I've been pretty impressed with what I've seen this do so far. It's also a lot easier to set things up on this than with disparate emulators.

I still have PCs with emulators, Shield TV with emulators, a MAME setup, etc. I'll be using this more for consoles, C64, and Amiga stuff. I'm building it into an anodized aluminum case with custom panels for the IO, so it will be extremely clean and simple. Controller IO on the front, the rest on the back panel. I'll be using two USB Saturn controllers for the main game controllers. I've yet to chose controllers for the computers, but I'm thinking a nice compact mechanical keyboard, and a nice mouse.

It does a nice 486 based DOS machine as well, so I might do a bit of that on it too.

I'm pretty impressed with the audio and video output with the cores I've tried out so far. It does a really good job. The IO board that I have also has analog video (VGA, RGB, SCART via adapter output and analog audio output) or you can just use HDMI. I'm using HDMI right now, because there's not a CRT in the house, but you never know.

It's also nice to watch it progress as a platform. I was around in the earliest days of emulation, and watched those grow from crude and barely functional up to the near perfection that many are, and it's kind of cool watching this do the same. It's also very customizable. You can unplug one add-on board, and plug in another, or build your own custom PCBs for it.

Another interesting thing is that the main board here is a DE10-NANO development board for the Altera Cyclone V FPGA. Assuming future Cyclone FPGAs get similar development boards made, it's entirely possible that these cores can all be ported over to the new and faster setup, (not even really "porting" for the most part) newer and fancier IO boards can be built, and all the previous code can be easily adapted. I guess the same could be said about CPUs and software, but this is much more exciting to me. I've seen these used in synthesizer modules for audio, and I even have dev tools for a similar (Xilinx brand though) programmable logic chip that I've worked with for audio functions before.
Last edited: May 17, 2019
F

I may give BF5 a try after not touching it for a few months. But started playing BF4 Conquest again (mainly have been doing TDM for the last 2 years).

I'm going to work on Wasteland 2 this weekend. So far I like the setting, and the turn based combat is great. However, some of the quests are super buggy and leave me wondering how the hell the mechanics work.

I think you're too far gone.


Honestly, it could be fun. You never know.

J3RK said:
I think you're too far gone.


Honestly, it could be fun. You never know.
Click to expand...

Uninstalled after less than an hour....

I even had a buddy's save so I could properly play-around.

How could they screw up a 3rd person Destiny/Diablo with freakin' mech-suits??

- Back to Mordau and Grim Dawn this weekend.

horrorshow said:
Uninstalled after less than an hour....

I even had a buddy's save so I could properly play-around.

How could they screw up a 3rd person Destiny/Diablo with freakin' mech-suits??

- Back to Mordau and Grim Dawn this weekend.
Click to expand...

Stonehearth. Its a kind like a 3d version of Dwarf fortress; On hard, it is an exercise on watching how your settlers are going to be butchered.
M

Season 17 for Diablo 3 just started so I think I might give that a go. I also need to get back into The Division 2 so I can get geared up for the raid.

Anyone still play borderlands 2/pre-sequel? Looking at maybe starting a new character now that I got the handsome DLC.
R

/dev/null said:
Anyone still play borderlands 2/pre-sequel? Looking at maybe starting a new character now that I got the handsome DLC.
Click to expand...

I've been playing 2 a bit. Taking a break while I knock out some Mario games on the 3ds
S

alexraw said:
Started playing world of warcraft again. I usually play on the horde faction but my friends switched to alliance so I joined them. Any other wow players on here?
Click to expand...

My wife and I both play WoW, but we've been busy doing other stuff lately. We mostly play Horde, but we do have a few Alliance toons to play as well. I had a total left knee replacement Oct 1st 2018, and it's still hard to sit in one place for a long time, so I've been doing other things lately, like my Brother and I welded up my Move winch bumper and installed it on my 2010 Dodge Ram 1500 Laramie Crew Cab 4x4 pickup last Saturday.
A

Anton recently updated H3VR with an amazing mode. "Take and Hold: Limited Ammo Mode". The original Take and Hold now has a limited ammo mode where you can only use the ammo you can find and carry. So when you start, you'll have a random melee weapon, a random semi-automatic weapon, and a health power-up. Find supply points for power-ups and weapon upgrades, clone magazines that you need more of, and survive each Hold point as they get longer and tougher. Once you start playing you kinda don't want to stop.

A Little "Rage 2" Tonight.
Some "Pretend Not to be miserable while sleeping outside in sub 40 degree weather" tomorrow night.
Finishing up Season 8 of GoT Sunday night and probably closing out the holiday weekend with more Rage 2 on Monday.
F

Rage 2 as well. Not exactly great (kind of annoying in a lot of ways) but not terrible either.

Been playing through Guacamelee and Guacamelee 2 since the first one was free and #2 was discounted. I made it through the original without too much of a struggle in 4 days. I didn't do all of the extra stuff, though. Some of that just felt tacked on to make the game feel bigger than it is.

Guacamelee 2 is tougher then the first game almost immediately. There are challenges in the very first dungeon that are harder than all but the extra challenge areas in the original. It's more of the same, but I don't really have any complaints about that either. They were released almost 5 years apart after all.
J