What are you nerds playing this weekend?

Finished Wasteland 3 - enjoyed my time with it; And currently trying to get into something new. Played through the first bit of Kingdom Come Deliverance (though its failed to hook me yet), but still have a hankering for a crpg (Original Sin 2 being at the top of my 'to-do' list).

Playing Silent Hill Homecoming. I know the reviews were bad, but the game is actually okay. Not great, and I had to use some mods to get it working, but I'm having fun.
V

Finally got my 3089 back from rma and hoping to start up cyberpunk this weekend once I get my loop setup.

vegeta535 said:
Finally got my 3089 back from rma and hoping to start up cyberpunk this weekend once I get my loop setup.
Click to expand...

Nioh 2 started over I cant play games unless till my data cap resets or they have to be single player games reinstalled my 6 TB spinner due to lack of SSD space. SSDs are OK but only if they are like 2TB drives which I only own one of and 4 1TB drives.
J

I find myself in the middle of a few games now.

I'm around 70% done with Cyber Shadow (and it keeps getting better and better the further I play).

Playing Super Mario 3D World on the Switch with my daughters.

Playing a single area at a time (slowly chipping away) Blue Fire.

Still playing RAGE 2 a few minutes at a time. I pretty much look for an area to fight people, then finish that up, save, and quit.

World of Warcraft. Started on a new server and playing Alliance for the first time in like a decade.

I can't get off this shit.
J

Westwood said:
World of Warcraft. Started on a new server and playing Alliance for the first time in like a decade.

I can't get off this shit.
Click to expand...

Have you tried methadone?

J3RK said:
Have you tried methadone?
Click to expand...

Holy shit dude. I just can't stop this freaking game. I'll get off for a few days, currently tried with Valheim, and nope. Sucked right back into it three days later. Its been like, what, sixteen years now? ack
J

Westwood said:
Holy shit dude. I just can't stop this freaking game. I'll get off for a few days, currently tried with Valheim, and nope. Sucked right back into it three days later. Its been like, what, sixteen years now? ack
Click to expand...

At least you're getting your money's worth!

J3RK said:
At least you're getting your money's worth!
Click to expand...

Right? I cannot think of any habit as strong as this one for less than $15 a month.
M

Westwood said:
Right? I cannot think of any habit as strong as this one for less than $15 a month.
Click to expand...

I was just talked into playing the new vanilla servers with some friends once TBC launches. Been enjoying my PS5 Demon Souls and Cyberpunk lately.
B

Should be playing some Hunt Showdown with a smattering of Mordhau.

Played a game of Smite arena mode. Played the copy of Rage 2 from Epic for free before quickly uninstalling.

I was playing Time Gal on Sega CD emulator. Always wanted to play that game as a kid and never had a Sega CD.

Next I want to try Snatcher, seems like a classic game I wouldn't want to miss.

Jotun - cracked it out after having gotten ~30% of the way through years ago.

Thief: Deadly Shadows - what a let down after playing The Dark Project and The Metal Age right before this one. They should have embraced the horror and weirdness more and explained the Keepers less. Oh well.

Owlboy - This is taking up my relaxation game slot. It’s alright so far, though I’m pretty certain it’s supposed to be hitting some nostalgia for experiences I never had.

There's something I really like about PS1 games that intermingle 2D and 3D graphics like this one.
F

Hello Everyone New here,
I will be playing Dota 2, PUBG and Blur (the car racing game) this week. 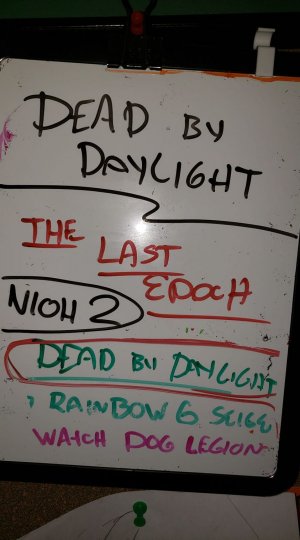 I must have OCD wrote Dead by Daylight twice.
I never even played the game before just want to try it can't believe it's still active today.

Trying to finish Cyberpunk 2077
btw. February is ending, where's this super patch which is to solve all the problems?
J

I pretty much put everything I was playing on hold. I had gotten a somewhat obscure "metroid-vania" game a long while back called "Outbuddies". The graphical style looked cool, and it reminded me of a slightly rougher around the edges Axiom Verge. I started playing it, but didn't get hooked right away, and the mechanics seemed a bit odd at first. I put it down at the time after about an hour or two. I saw it available on the Switch, and thought I'd give it another shot, because it still looked really cool, and like I SHOULD like it. This time I got hooked, the mechanics became second nature, and the game is incredibly good. Highly recommend it if you're looking for something like this. It starts a little slow, but after you leave the first area, it starts picking up properly like any good game in the genre should. I'd put it up there with my other favorites of the style. Since I'm playing on the Switch now instead of Steam, I can put more time into it when I'm not in front of the computer. Not a bad way to play it. It's now called "Outbuddies DX". I don't think it had the DX when I first got it on Steam when it was released. Anyway, good game. I'm about 70% through, just because I haven't been able to put it down. 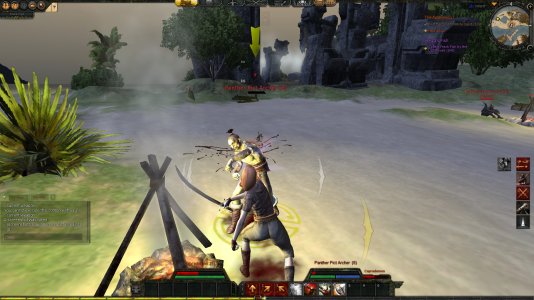