Tim Cook: Apple Is Working on Future Products That Will "Blow You Away"

Just skip ahead to the siri powered sex toys and save us the wait.

I for one know many that welcome our robot overlords
I

apple gatling laser for all your gardening needs, revolutionary!
M

Personally, I'd like more assurance that there will be a future I can live in. I don't need to be "blown away" by more stuff, esp when so grossly overpriced.
O

I don't think the majority of women are going to say " tickle me Siri"
Do they even have a male version of Siri or are they all in that a personal servant must be a woman, and if so where are the feminists on this matter.

On the other hand i think "Okay google, give me more vibrations" will sell just as bad.

Wow 'blow me away'. What an incredible pitchman. How fucking hard is it to leave them wanting more? Steve mastered this in his 20s....Tim should jsut not talk.

Spire3660 said:
Wow 'blow me away'. What an incredible pitchman. How fucking hard is it to leave them wanting more? Steve mastered this in his 20s....Tim should jsut not talk.
Click to expand...

It is clear "investor" talk Nothing to get worried about ....
U

iDynamite
iANFO
iC4
Obviously.
All come laden with needless electronics, but they are now flashy and explode with colors.
Z

This is what they call "blow you away"? LOL
Click to expand...

Isn't is how Apple has been "blowing" for a while now? Yet folks still buy into their stuff despite how stupid AirPods actually look when in use. IMHO, they have been on a decline road for a while and no real innovation has come out of them for a very long time. For the most part they rehash features present on other devices and most of the time it's just software updates catered to consumers and not creators. I cannot wait for them to switch to ARM so there is no more Apple in enterprise.
W

Don't own anything Apple makes--never have-- and count myself fortunate every day... Apple's motto should be: "n00bs making products for n00bs". Apple in the tech realm is very much like AOL was in 1995--training wheels for the Internet. At most, Apple is training wheels for grown-up tech, imo. I'm certain Cook meant to say, "...products that will blow your wallet to smithereens"...! No doubt Cook's idea of an exciting product is an Apple watch. Ugh. What a ridiculous waste of natural resources.
R

WaltC said:
Don't own anything Apple makes--never have-- and count myself fortunate every day... Apple's motto should be: "n00bs making products for n00bs". Apple in the tech realm is very much like AOL was in 1995--training wheels for the Internet. At most, Apple is training wheels for grown-up tech, imo. I'm certain Cook meant to say, "...products that will blow your wallet to smithereens"...! No doubt Cook's idea of an exciting product is an Apple watch. Ugh. What a ridiculous waste of natural resources.
Click to expand...

In some regards I disagree vehemently. If you run a BYOD environment, from the back end apple does things very well to support a whole bunch of stuff that is very, very far from training wheels. Google does something between playing catch up, not getting it, deliberately undermining it, or some combination of the above. Their current answer to "do it right" and get around the fact OEMs and carriers exist for them at the OS level is android for enterprise. Which is fugly from a UX standpoint, a backend standpoint, and pretty much every other standpoint. The only thing it has done well is make it hard for the OEM and carrier to lie about things. It doesn't stop google or the app makers form doing it though.


For the end user, getting what they want easily is not a bad thing.

That being said, that's not OSX. OSX is fake easy. Stuff breaks all the time and once it is off the rails in the disneyland OS, it's fucking zombies and vampires eating the amusement park attendees and it's hard to get fixed even for the skilled types.

And for all of Tim Cook's promise of big things, the translation of what he actually said was essentially "we have nothing new, except for having to admit we raised the price of our bread and butter laptops so much people aren't buying them, so I guess we will have to try to do something about that".

The new air pods can be a freaking rainbow of colors, and add health monitoring and they will still just be playing catch up with the market while sounding like ass.

The only area where they might have something noteworth compared to the industry is AR. ARKit isn't bad and is way more accessible than competitors for the moment. But if they step out form the phone platform, they are likely not going to be able to do so successfully while being the sole hardware vendor. Unless they go vocational focused like holo-lens looks to be doing.
E

will blow us away? So a bomb or a large fan?

Maybe they are going to release their iWater 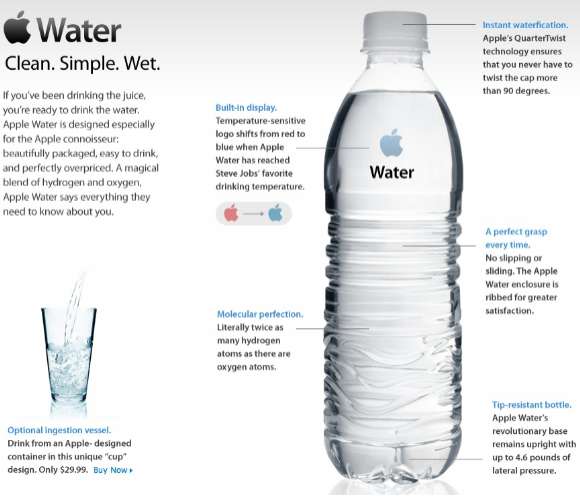 They say the same thing every single iPhone announcement. Watch any of them and you'll hear Jobs or Cook selling you features of a phone that barely improves over the last iteration, but makes it sound like he's introducing a device that fixes every tech problem you've ever had. Meanwhile, you still cant arrange your iPhone icons in 2019.

Nope lol. You can re-arrange them but they always snap into line. Meaning you can't have any gaps in between apps.

idiomatic said:
A Mac Pro with DDR 4?
Click to expand...

Megalith said:
Speaking at yesterday’s annual general meeting, Apple CEO Tim Cook teased investors he was “planting seeds” and “rolling the dice” on future products that will just “blow you away.” Cook didn’t specify what these would be but hinted the company could soon unveil AirPods that support Siri and wireless charging, as well as Apple Watch models with new health features. Augmented reality smart glasses or even a full self-driving vehicle could be further in the horizon
Click to expand...