Wanting an upgrade from 3200mhz I bought a 16GB set of TeamGroup T-force nighthawk last month. But once I installed it I wasn't happy how it looked. I've spent hundreds on corsair fans, LED's and controllers plus h150 capellix AIO. And when I couldn't control the LED's in them through the iCue interface I wanted to find a new set of rgb sticks from Corsair, capable of speeds above 4000mhz. Or to go with a black pair without any LED's.

I ordered a 32GB kit of plain black Team Group 4000mhz cl18 ram. I was expecting them to perform about the same as what I had, and also have double the capacity. But once I started messing around with them I found it wasn't B die and they couldn't take any timing adjustments. I thought I read somewhere that all Team group 4000mhz was b die but I guess it's not.

So I am just gonna keep the T-Force B die. I've spent some time tuning it again and the improvement over stock XMP timings is really incredible so far. Originally the performance at the 4000mhz XMP timings was slower than the 3200mhz Corsair I was upgrading from. I was told, by a couple different places I asked, that I would get better performance by running them at a slower speed with faster timings. I tried a few diff configs and finally ended up keeping them at 3600cl14. Since I wasn't planning on keeping them I didn't spend much time at it.

Well unless I find a faster corsair rgb kit for under $200 I'm not gonna make any more changes for a while. So I want to get the timings as quick as I can now. This time, instead of going for slower speeds right away I decided to see how higher speeds performed first. The advice to go with slower speeds was targeted at older Ryzen CPU's and Motherboards. My CPU and motherboard are capable of the higher fabric clock speeds.

I get a lot higher benchmark scores at speeds above 4000 than I was getting at 3600. 4133mhz 16-18-18-18-42 is where I am seeing the highest scores across the board. At 4266 18-20-20-20-42 was the lowest timings I could run without random reboots. And I was almost stable at 4200mhz 16-18-18-18-42. I thought I was all set after it ran through all 4 Memtest86 passes with no errors. But then just listening to spotify I had a random reboot, and after that happened a couple times, not even during intensive tasks I've settled on 4133cl16. I haven't had a reboot in over 12 hours now and besides passing the standard memtest86 passes with no errors I ran an AIDA64 stability test for a couple hours, Memtest64 for almost 2 hours, and a dozen diff benchmarks.

Now before I call it finished I would like to see what anybody has for advice on any further timing adjustments. I have gotten pretty close to as far as I think I am gonna get. I would really only be guessing at adjusting the rest of the timings without more reading. Here's my various reports for anyone who want's to take a look. 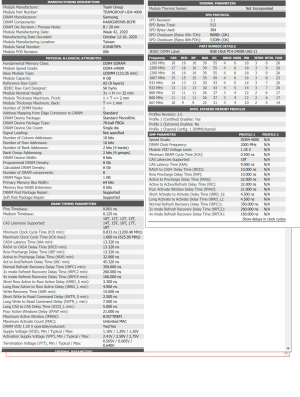 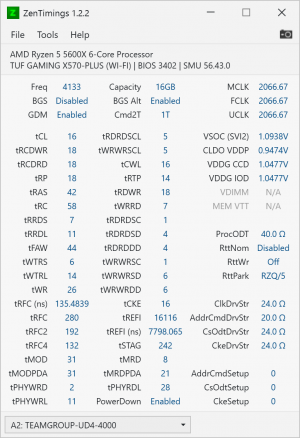 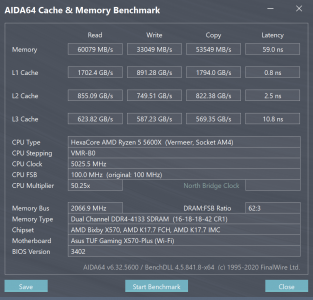 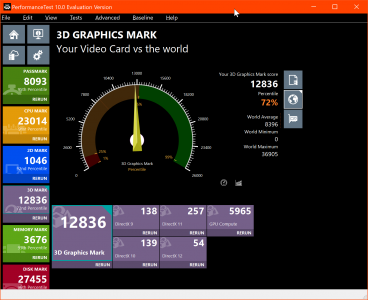 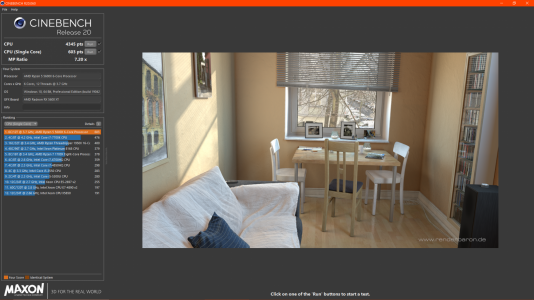 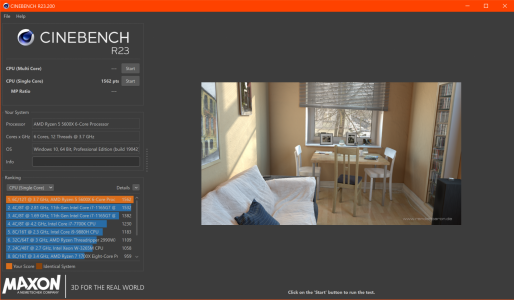 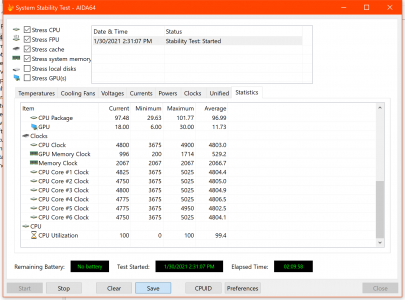 How in Gods name did you get your FCLK stable at 2066MHz? That's impressive.
D

You should be able to get around 50-53ns by tweaking the subs down.

My CPU gets WHEA errors in prime95 small ftt at anything over 3733 so this was not stable but it should give you some settings to shoot for.