I am replacing my aging EqualLogic PS6000E arrays with a new Synology RS2818RP+. I had some difficulties getting this new array in hand... maybe popularity or supply chain? I waited to order the hard drives until I had the array in hand and tested. I did receive the array, installed a couple Hitachi 2TB drives I had on the shelf at home and everything installed and setup fine. I was able to configure 3 of the 4 LAN ports in a bond and my Cisco 3750 picked it right up and everything worked great. I was able to configure my ESXi Hosts to see the new array and configured a Datastore. I vMotioned a couple test Guest VM's to the new array and it ran them fine. I decided everything would work as planned, so I ordered (17) Seagate Exos (ST4000NM0115) 4TB drives (16 for the array and 1 cold standby). I also ordered a 4 port Intel I340-T4 network card.

I got the new drives last night and installed them all (16 drives, 16 trays, 64 little screws). I also installed the Intel NIC. The array appeared to power on normally. All the drives light up and the NIC has link/activity lights. After a minute or so, the array has a steady power LED on the front and a rapid blinking Status LED. I was able to use the Synology Assistant tool to locate the array (I don't use DHCP on my network), it defaulted to the DHCP fail IP (169.254.x.x) as expected, I set the IP to the correct IP for my network (192.168.100.x)... 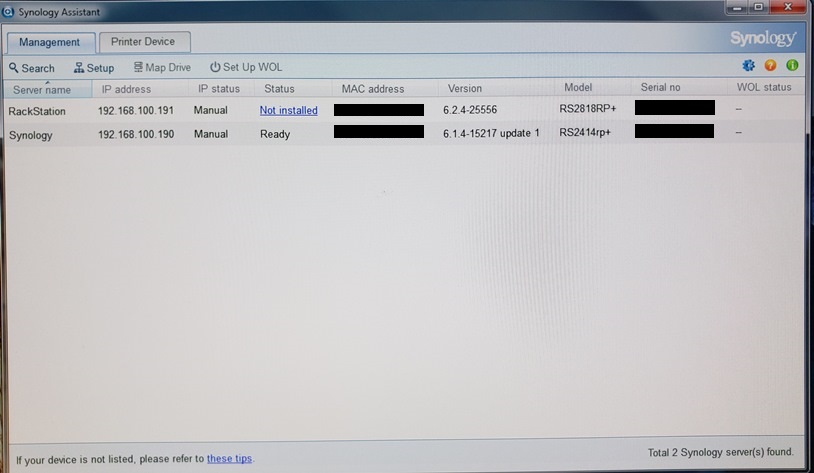 It accepted it and jumped to a web browser that opened a connection to the new IP on port 5000 and /web_index.html. It puts an animated circle in the middle of the browser session and states "Loading". 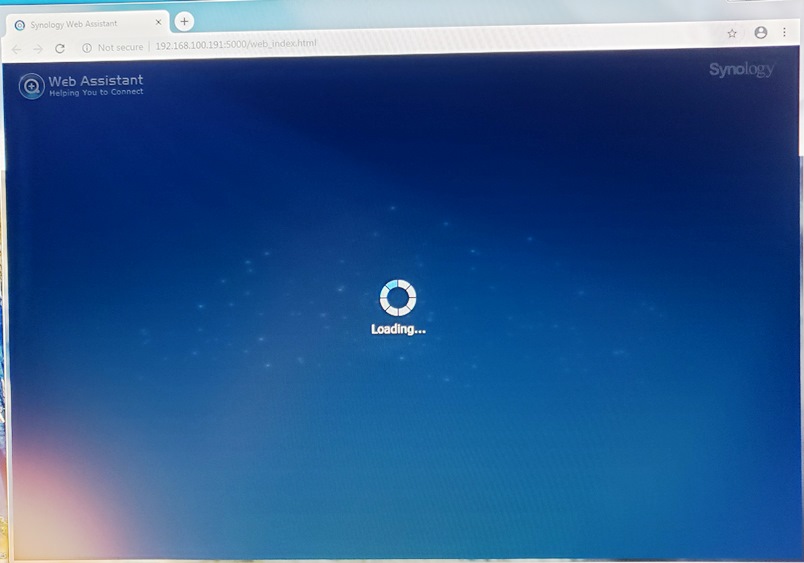 It eventually (5 minutes or so?) times out. 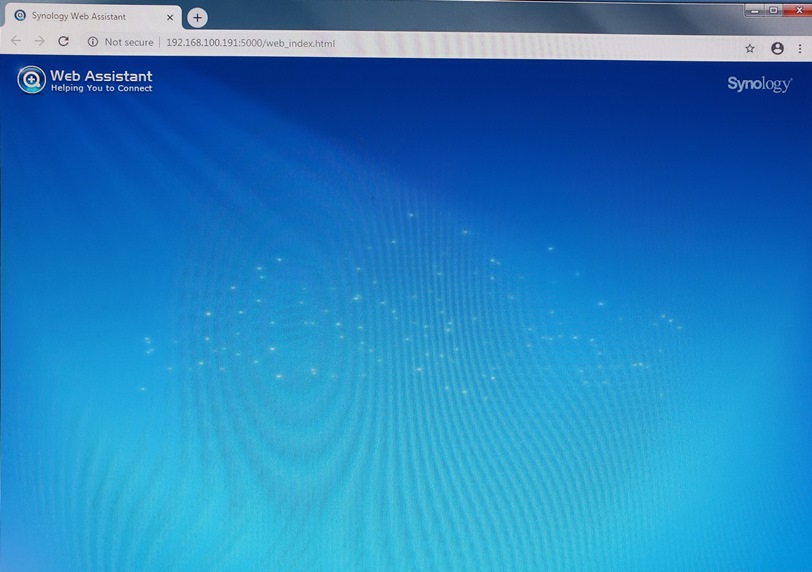 Never comes up with any next steps. I tried factory resetting it and it steps through the same steps and same behavior. I let it run overnight thinking maybe it needed to initialize the drives before setting up, but same behavior this morning.

I know the array works. I used it for weeks before putting the new drives in. I know the drives are on the supported list as is the NIC. Outside of suggestions here, my next step may be to remove the NIC and start over. Maybe I shouldn't physically install the NIC until DSM is installed and running.

How do I get this thing to work as expected (as it did when I used the temporary 2TB drives)?

differently remove the network card see if it works then, install that NIC last

with 16 hdds might be best to use 15 raid 6 + 1 hot spare and cold spare (unless you going to be around when failure are happening then full 16 disks can be fine, but with that many disks hot spare use is recommended)

make sure you scheduled a extended smart disk check at least once a month and 2 days after that have a data scrub scheduled as well, don't have them set to run on same day or overlap (unlike hardware raid, this is not scheduled automatically on pool creation on synology witch can be quite a disaster when 3+ disks fail at the same time because they have never been checked)
D

likeman said:
differently remove the network card see if it works then, install that NIC last
Click to expand...

I was reluctant to do this as a first step as it is a bit of a chore to pull the array from my rack. But, agreed, that seemed like a likely client to the issue.


likeman said:
put the old 2TB disk in so it boots up and insert one of the 4TB disks see what it does
Click to expand...

Ahead of your suggestion, I noticed something as I was taking the screenshot posted above... the RS28218 shows a DSM version. That seemed odd to me, as I had factory reset it a couple of times using the "hold reset for 5 seconds, wait 5 seconds, hold reset for 5 seconds" method. I thought it was working as intended as it did reset my IP information. I can't hear the beeps because the droning of the other components in my rack drowns out anything else. Plus, I am at the back of the unit and the beeps are coming from the front. When I realized that it wasn't resetting the DSM system partition, I figured that something is out of sync and it might be easier to boot using one of the original test drives and let it rebuild the DSM system on the permanent drives. I'm not sure where the array is storing the fact that it believed DSM was already installed. This is one of the stronger points of the EqualLogic arrays... there is a dedicated SD on each of the controllers that holds the OS/firmware. It isn't stored on the user drives like EMC and apparently Synology.

Anyway, I put one of the original temp drives back in and rebooted the array and it came right up! I built a temp pool on the 15 Exos drives and ensured they all indicated healthy (i.e. Synology partitions in place) and swapped the temp drive for the 16th Exos drive. I then built the final 16 drive RAID6 across the Exos drives.


likeman said:
with 16 hdds might be best to use 15 raid 6 + 1 hot spare and cold spare (unless you going to be around when failure are happening then full 16 disks can be fine, but with that many disks hot spare use is recommended)
Click to expand...

Yeah, I didn't want to lose another 4TB for a 3rd level of redundancy. I guess I'll take the chance I don't experience a 3 disk failure within 24 hours.


likeman said:
make sure you scheduled a extended smart disk check at least once a month and 2 days after that have a data scrub scheduled as well, don't have them set to run on same day or overlap (unlike hardware raid, this is not scheduled automatically on pool creation on synology witch can be quite a disaster when 3+ disks fail at the same time because they have never been checked)
Click to expand...

Aside from using the built in RAID tools in the Control Panel, I also pull a drive (in sequence) and replace it with my cold spare. That way the drives and RAID consistency get rotated and tested on a regular basis (monthly).

Thanks for the response and apt suggestion.
D

And for those intending to purchase and configure an additional NIC, I highly recommend it.

I ordered a 4 port Intel I340-T4 NIC from Amazon and it shows up in DSM as LAN5-8. Very clean. I created two Bonds in DSM... one for the Web management VLAN using LAN1 from the LoM and LAN5 on the Intel NIC (physical redundancy)... 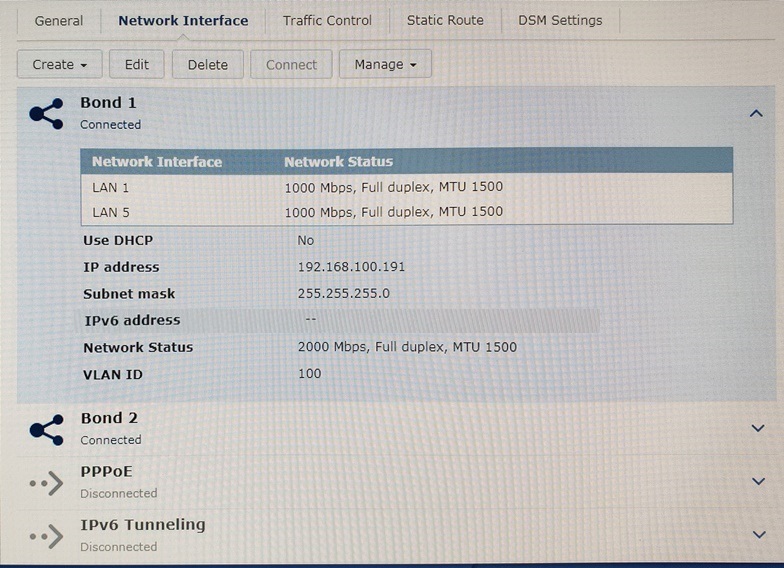 And a second Bond for the iSCSI VLAN using the remaing 3 LoM and the remaining 3 Intel ports (performance and redundancy)... 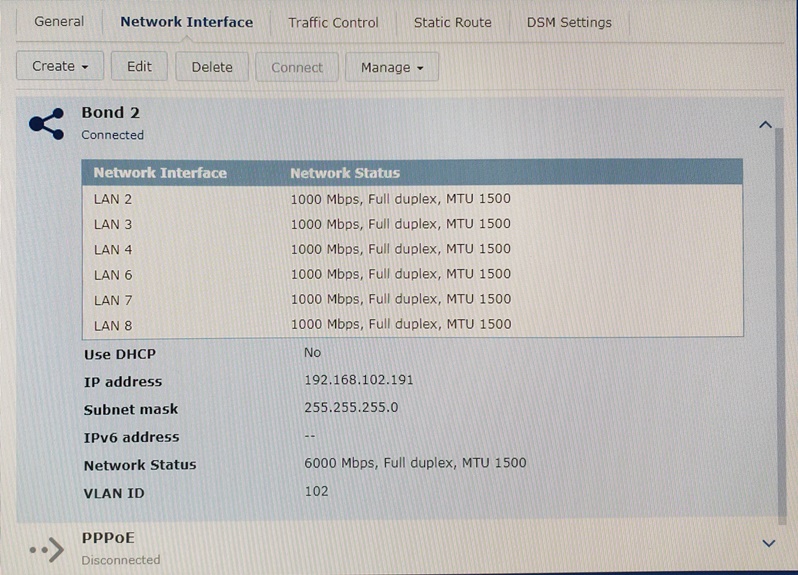 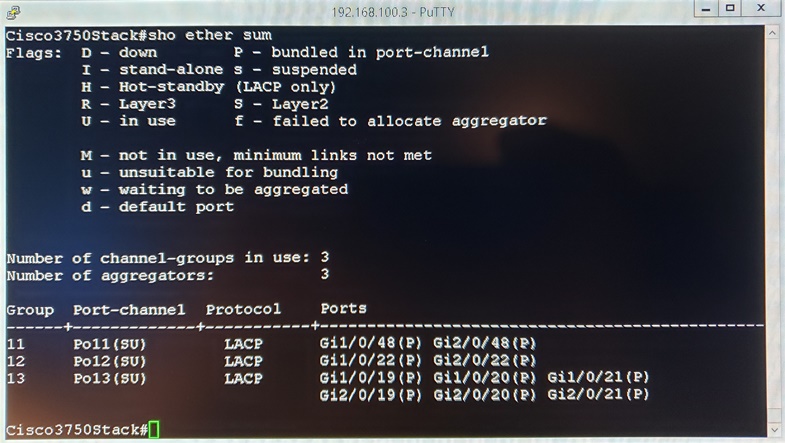