Star Citizen Free to Play Week is back. 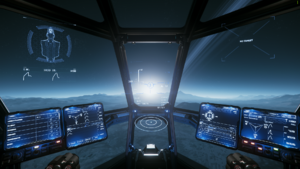 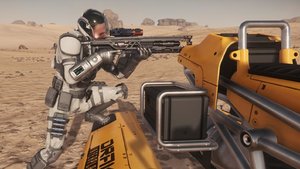 This freefly event will be the best one yet. 5 ships to try, planets, asteroids, moons, huge performance improvements, and underground caves to get lost in.

Referral codes are the only way to get 5,000 free UEC when signing up, so get one from a friend, another [H]ard|forum member, or use mine STAR-ZRFD-PTBX just so long as you use one when creating an account.

Step 1. Sign up for Star Citizen, and reserve your handle (no cost). Enlist - Roberts Space Industries

Step 2. Fly for free till the end of the event using the code on this page and have access to 5 different ships to try, or hitch a ride on someone's multi-crew ship, or pirate a ship.

Option 1: $40 - Discounted Aurora MR Package Gets you a starter ship and Star Citizen.
Option 2: $40 - Discounted Mustang Alpha Package Same as above, different ship.
*Any other ships or items are not necessary as all items can be earned in-game with normal gameplay when the game is finished.
​
Star Citizen Explained in 3 minutes and 49 seconds

Game Features as of today, despite it being alpha, what you see in this link is all currently in-game and very enjoyable.

Today they started a new free-fly event, rather than creating a new thread, I updated the old thread and gave her a bump.

If you have any questions ask them here or PM me, any excuse to chat about the game is fun for me.

If people already have an account from previous free fly events all they need to do is to enter the code (SUMMERFREEFLY2016) on the page linked above and download/update the game.

Greetings!
Roberts Space Industries is proud to offer you a free flight trial of Star Citizen in honor of Gamescom 2016! The Free Fly will give everyone access to the nimble Mustang Gamma, the ferocious Sabre and the hard-slogging Freelancer through Monday, August 22nd, 2016. We hope you enjoy trying the Star Citizen Alpha!

To play, please create a free account, then enter this promo code to gain access to play the game: 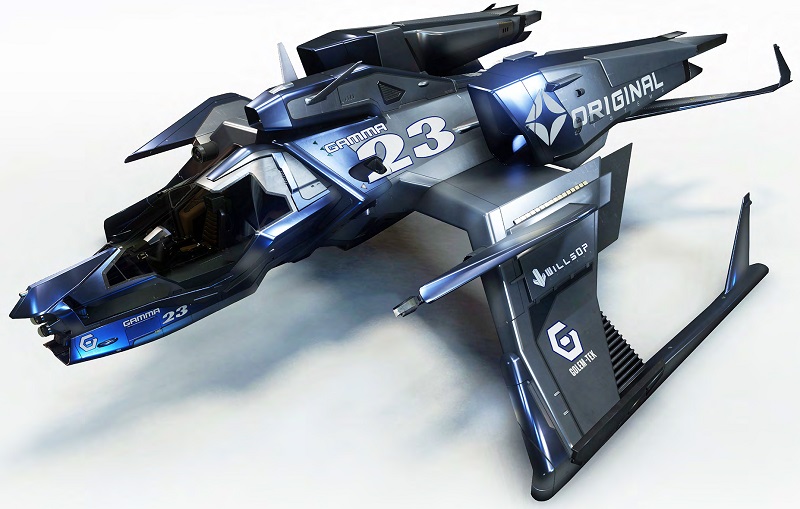 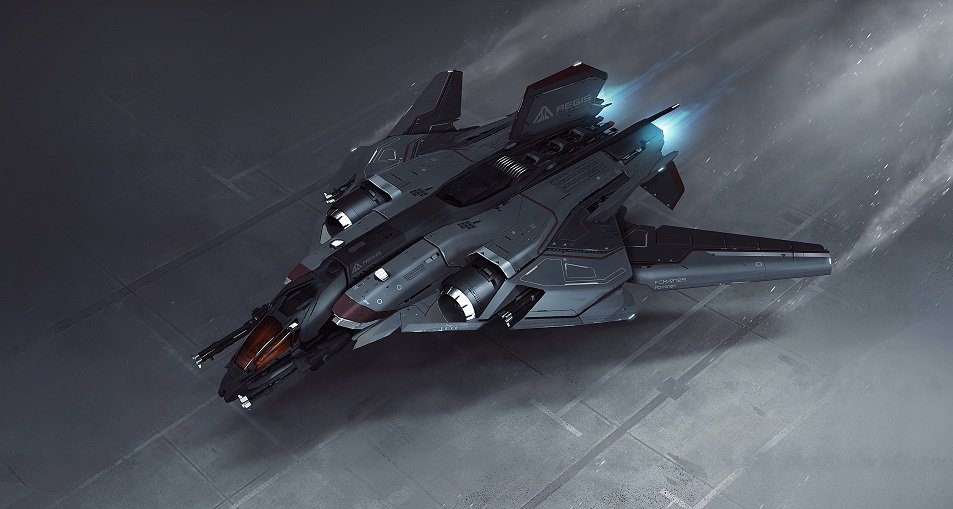 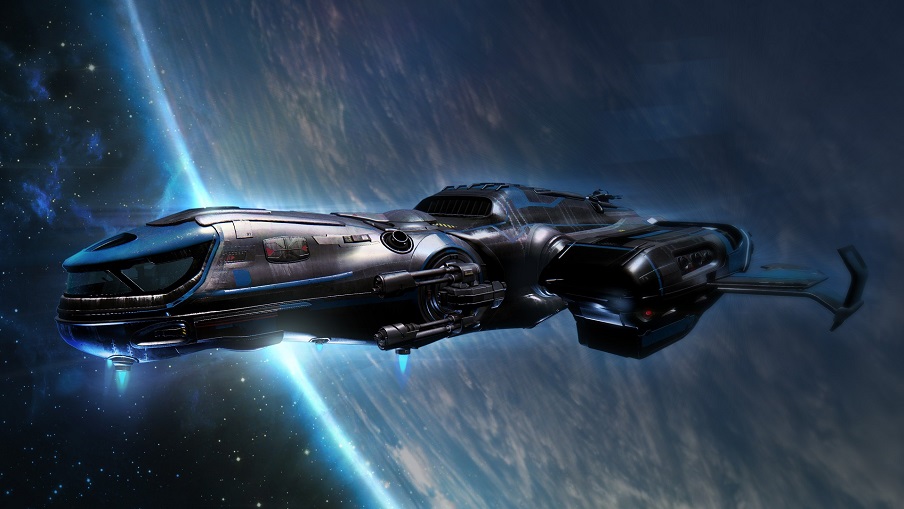 New free fly event till the 19th. And best of all the starter packages are on sale for $10 off the normal price.
R

WarMace said:
New free fly event till the 19th. And best of all the starter packages are on sale for $10 off the normal price.
Click to expand...

Thanks for the update, I still haven't tried it out, will give me something to do tonight
B

Theres the link for those who need it.

The Free-Fly event is back for this weekend, and I can honestly say this is the the best Alpha version yet. If your looking to see how far the game has come without spending any money, nows a good time.

And here is a video guide to mining since you will get a loaner prospector:

This weekend upcoming freefly event will be the biggest one yet. 80 ships to try, huge performance improvements, and our first planet is scheduled to go live for black Friday.

Hornet F7C: Tough and dependable, the F7C is a multipurpose medium fighter.

Hornet F7C-R – Tracker: Sacrificing a turret for an advanced radar dome, the Hornet Tracker seeks what is hidden.

Hurricane: A heavy fighter with excessive loadout, including a turret that punches through shields and defenses.

Terrapin: Heavily armored ship with a sophisticated scanner, ideal for recon and exploration.

Aurora ES: A descendent of the X-7, this is the perfect choice for new ship owners. Versatile and intuitive.

Aurora LN: For the combat focused, the Aurora LN comes with bigger shields and larger weapons that pack a punch.

Aurora LX: The Aurora Deluxe, adding luxury and comfort for long stretches in the deep black.

Aurora MR: A balance of function and performance, the Aurora MR comes with cargo capacity and guns to ensure freight gets there safely.

Constellation Andromeda: A multicrew freighter with modular design, the RSI Andromeda is one of the most iconic ships in the verse.

Constellation Aquila: Exploring the stars and distant horizons with a rover, sensor suite and a redesigned cockpit offering max visibility.

Constellation Phoenix: A chariot of the Gods, this converted luxury, high performance Constellation freighter is ideal for VIP transport.

Ursa Rover: Rugged, durable and tough, this is the rover you need to explore a multitude of environments.

300i: Travel in style with this high-performance sleek touring ship.

315p: Traverse the ‘verse with this high-performance exploration focused ship.

325a: Origin’s sleek signature fighter, the 325 makes a great companion for finding your mark in style and sophistication.

350r: Origin’s sleek signature racer, the 350 makes a great companion for leaving your peers in the dust.

600i Explorer: The luxury yacht of Star Citizen, designed to explore in comfort and style with a vehicle bay.

85X: A luxury and sporty short-range runabout for pilot and passenger.

Avenger Stalker: A modified version of the Avenger, catering to bounty hunters with prison cells.

Avenger Titan: A former police ship with a cargo hold for light freight and courier abilities.

Avenger Warlock: A variant of the Avenger, armed with an EMP generator to disable enemies.

Gladius: An aged but agile light fighter with mid-range armament.

Gladius Valiant: Special Edition of the Gladius with custom livery and loadout geared for Arena Commander.

Sabre: Favoring agility over durability, this ship is light, sleek and deadly.

Sabre Comet: Special Edition of the Sabre with custom livery and loadout geared for Arena Commander.

Buccaneer: A light fighter that sacrifices durability and an ejection seat for raw fire power.

Cutlass Black: Black is back. Drake’s multicrew Cutlass is highly versatile, with combat and cargo prowess.

Herald: No secret is safe, Drake’s Herald captures and stores information before leaving at blistering speed.

Nox: Sleek and fast, this gravity bike slices across rough terrain. Perfect for scouting and racing.

Nox Kue: Sleek and fast, this gravity bike slices across rough terrain. Perfect for scouting and racing with a bespoke Silver paintjob.

Vanduul Blade: Armed and Dangerous. This alien fighter slices through the air with it’s agility and shreds its foes.

Freelancer: A multicrew cargo freighter, with turret and ordnance to deter those after it’s haul.

Prospector: A miner’s best friend, with a powerful mining laser and saddle bags to turn mineral to profit.

Razor: Cutting ahead of the competition, this sleek racer will give the others a run for pole position.

Razor LX: Special edition of the Razor features an overclocked engine, reduced maneuverability and armaments in exchange of straight-line speed.

Reliant Kore: A fusion of Xi’an and Human technology, this light freighter allows you to haul cargo with a friend.

Starfarer: Keep fleets on the move with this heavy refueler.

Starfarer Gemini: Keep fleets on the move with this heavy refueler, The Gemini version sacrifices capacity for armor and a missile launcher.

P-52 Merlin: Small, agile and comes with a sting. This snub fighter is fragile, but difficult to hit.

Cyclone: Stir up a storm with this robust two-seater buggy that can carry a little something in the back.

Cyclone AA: This two-seater buggy with EMP functionality is armed with an anti-air missile launcher to deter threats from above.

Cyclone RN: Unveils the fog of war, the recon variant of the Cyclone is mounted with a powerful scanner array.

Mustang Alpha: Consolidated Outland’s premier ship for those wanting to push the limits a little more when starting out.

Mustang Beta: Home is where the heart is, the Beta offers comfortable living quarters for beginners roaming the frontier.

Mustang Gamma: Racing the competition? The additional engine loaded into the back will provide the competitive edge you need.

I fixed the dead links as it seems they slimmed down the store and removed some packages.
You must log in or register to reply here.