guys you HAVE to play this http://artistpavel.blogspot.com/2009/04/stalker-complete-2009.html most of the mods in this package give you a MAJOR graphical overhaul, i finished the game once with oblivion lost + STALKER Weather Overhauled 3.0 CORE + SWO 3.0 quick fix#2 + SWO 3.0 texture addon + less generic SRB + mutant retextures + OL 2.2 compatibility pack + float 32 ( rofl that's a lot of mods ) but compared to SC2k9 it's just a blurry mess, install the gamedata of all 3 packages ( 1.0 1.32 1.32 incemental ) follow the instructions on readme and ENJOY, btw do not try to use float32 with these mods, it will propably conflict with the skygraphics mod

here's some screenies, i'll upload them somewhere else if you have any problems with rapidshare http://rapidshare.com/files/237806221/stalkercomplete.rar.html
Q

Damn you. I already played through SoC twice and haven't reinstalled CS after reinstalling Windows a couple months ago.
S

you won't regret it, graphics look soooo lovely and the ballistics are much more closer to vanilla than oblivion lost so the firefights are now challenging and fun again, really nice job i tell ya
B

Damn that looks pretty damn good, Might give it a go when i finish with Clear Sky.

i've owned CS since release, but without an Oblivion Lost mod i can't seem to get into it. i'm DEFINITELY downloading this mod and replaying SoC. thanks OP. internet high five for you:

I want a STALKER MMO. Anyone know if anything more concrete has come from GSC since they were mulling around the idea?
Q

SoFGR said:
you won't regret it, graphics look soooo lovely and the ballistics are much more closer to vanilla than oblivion lost so the firefights are now challenging and fun again, really nice job i tell ya
Click to expand...

Ok, so do I also install Oblivion Lost alongside this setup or not?
S

No it will propably cause trouble, but don't worry the gameplay is still good i've completed about 240 quests and watched the fith endgame cutscene using OL 2.2 and a ton of other mods mentioned above but i've only played only one hour of SC2k9 so maybe it's too early to make comparisons and jump into conclusions but still, i feel that the game is much better this way.

So this mod is better than Oblivion Lost?
S

This is for the base SoC? I played it when it came out for a few days, but shelved it.
J

Once someone combines this mod with Oblivion Lost, then I'll try it. No amount of improved graphics can get me to play vanilla SoC.
G

Obivion Lost had many things that really were not my cup of tea, driveable vehicles, blowouts (fascinating but npcs were usually not as smart enough as the player to survive and that was a major immersion breaker for me ) mutants with TONS of hp and the firefights we're very plain and easy in most cases, it was just point at your opponents head and shoot, i remember i got through the Arena without even a single reload on elite difficulty

Not to mention really expensive medkits and worn out guns, i mean c'mon if that monolith guy has a rusty G36/gauss rifle how can he use it against me without problems ? he pulls the trigger and his gun shoots 100% of the time, if i pick it up and use it my self it will jam sooner or later, is that what you call realistic ?

And yes the new graphics look is definately worth another playthrough unless you've already played the game to death,hopefully that's not my case
F

Porter_ said:
thanks OP. internet high five for you:
*SNIP*
Click to expand...

QFT! thanks op, now I have to reinstall
T

Downloading this just now, will I need to start a new game from scratch? I started replaying it a while ago so I could get one of the "true" endings but got distracted by other games. This would seem like a good incentive to pick it up again.

yeah OL is far superior than the US version of Stalker.
R

Could you guys make some comparison screenshots just to get a more direct comparison of whats changed? Having already played soc and cs vanilla I thought both games already looked amazing with no mods.
S

Glad you like it guys, thanks for the feedback


RyanH said:
Could you guys make some comparison screenshots just to get a more direct comparison of whats changed? Having already played soc and cs vanilla I thought both games already looked amazing with no mods.
Click to expand...

not exactly direct but I was not trying really , there you go

I installed the mod, but how do I enable it? Everything looks the same so far.
S

go to your main installation directory, open fsgame.ltx and make sure it looks like this :

Read the supplied readme.txt for more info if you still have trouble
P

Thanks, installing Stalker again.. I just deleted it like a week or two ago....

I never finished the game though...
G

Citizen86 said:
Thanks, installing Stalker again.. I just deleted it like a week or two ago....

I never finished the game though...
Click to expand...

The power plant is the best part!
E

Also, if you thought the end of SoC was in the power plant and rather anti-climatic, you got fooled by one of the fake endings; there is a huge area and the real endgame after the power plant.
S

If you are having perfomance issues ( can't imagine myself running it above 1280*960 without lowering my settings or going sli ) go to gamedata\shaders\r2 open SkyGRAPHICS_options kai change "#define SSAO" to "//#define SSAO", if you want to really push your system to the limit remove the 2 slashes from "//#define SUN_SHAFTS"
C

BTW, I really like depth of field so I set it to 175 instead of default 375 in S.T.A.L.K.E.R. - Shadow of Chernobyl\gamedata\shaders\r2\SkyGRAPHICS_options.CFG. Looks better IMO.
K

Downloaded the mod from the provided artist page and it errored out so couldn't install it. (The 380mb one) If anyone has a better link to it let me know please.....
D

Excellent pics DennisK4, I think I may have to reinstall this

I got this game shortly after release but my computer just can't handle it and my wifes keyboard/mouse setup hurts my wrists. Once my new system is here, I am ALL OVER THIS!
C

There is a patch(1.4) coming out any day now. No changelog yet, but its suppose to fix a lot of weird issues like the repair option with Screw
I

Just like whenever someone brings up Deus Ex, I gotta redownload it.

Appears some other people are having the same crashing problems I do.
D

I am playing on Vista 64. Works pretty good. One crash in about 10 hours of game time. 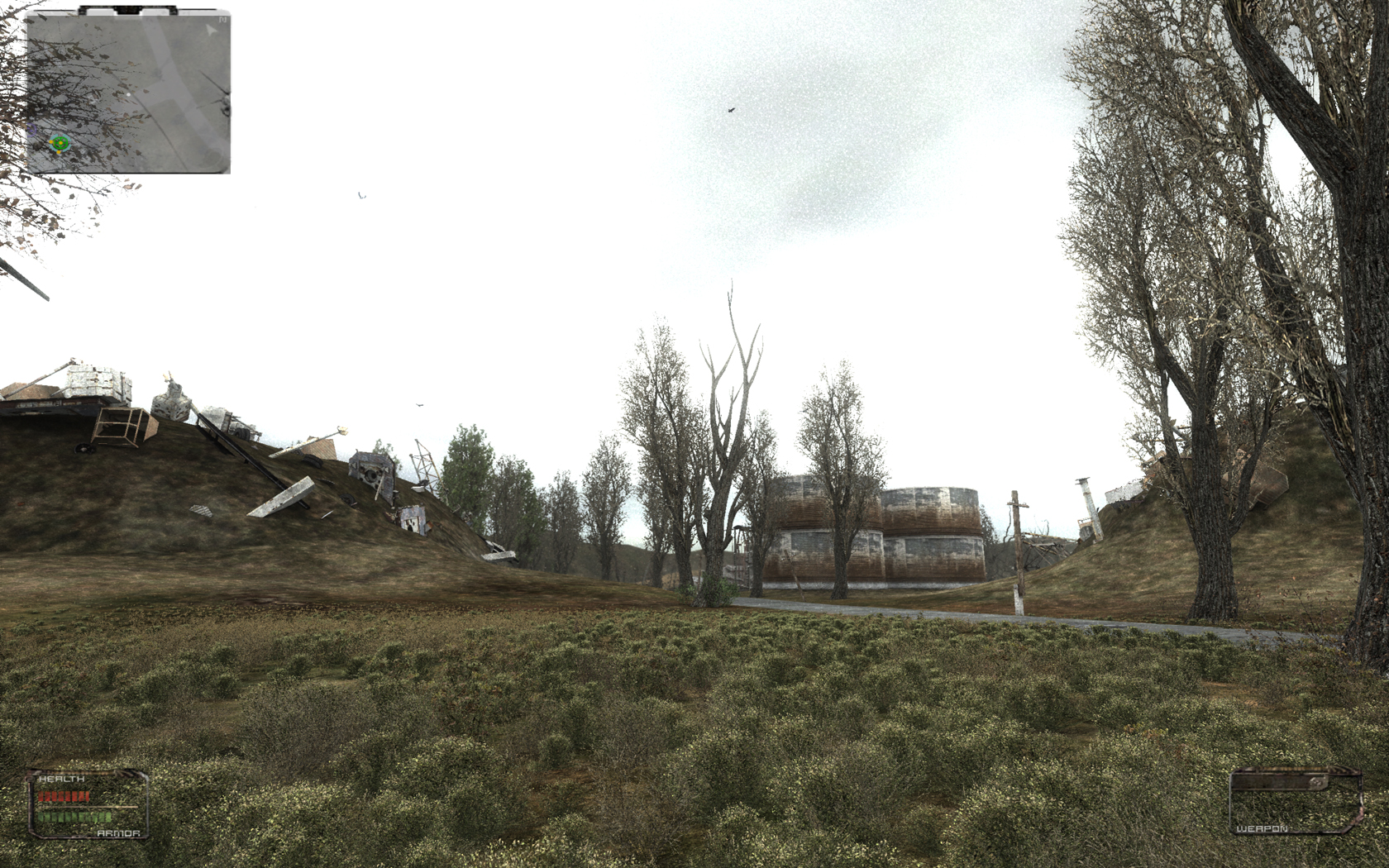 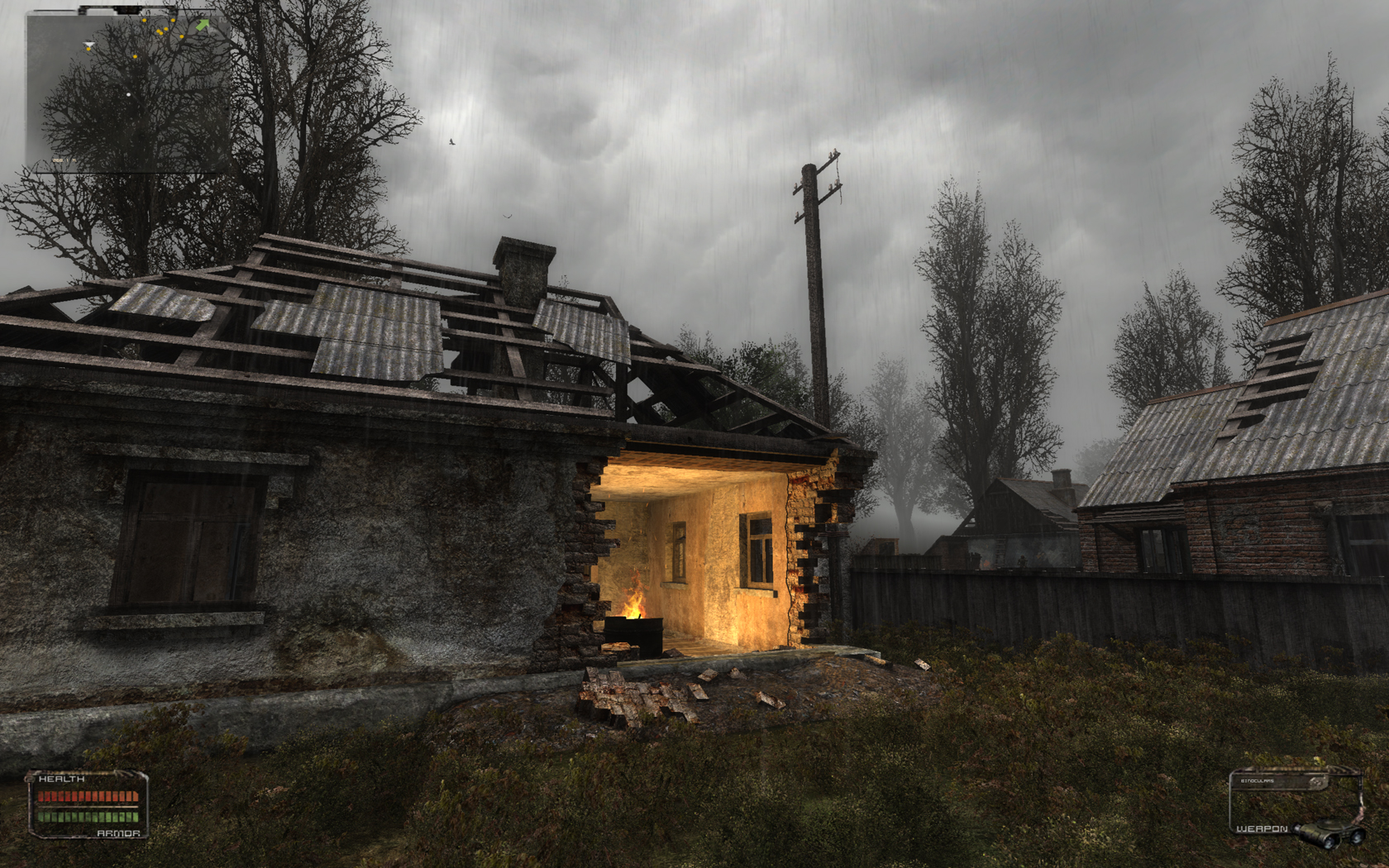 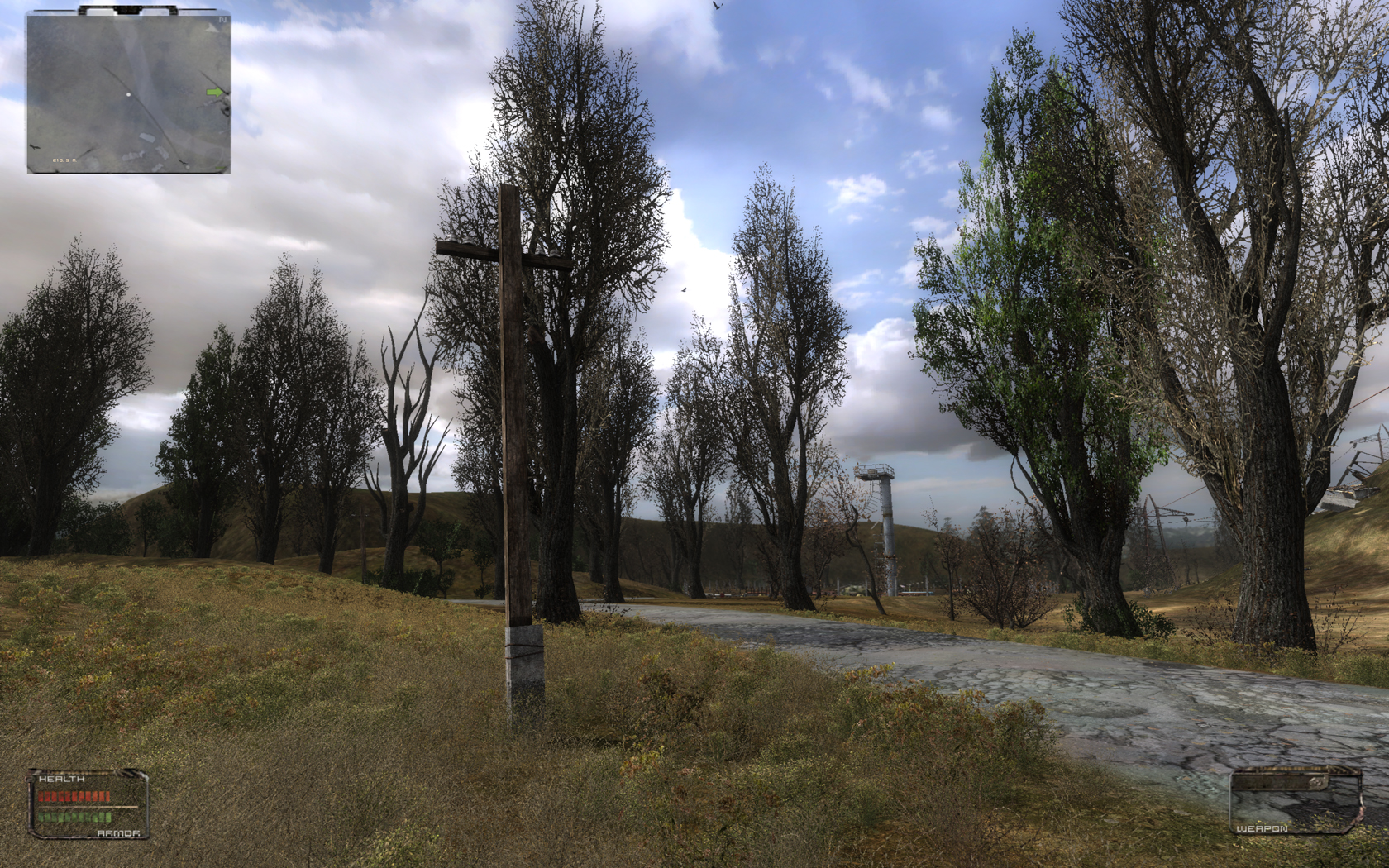 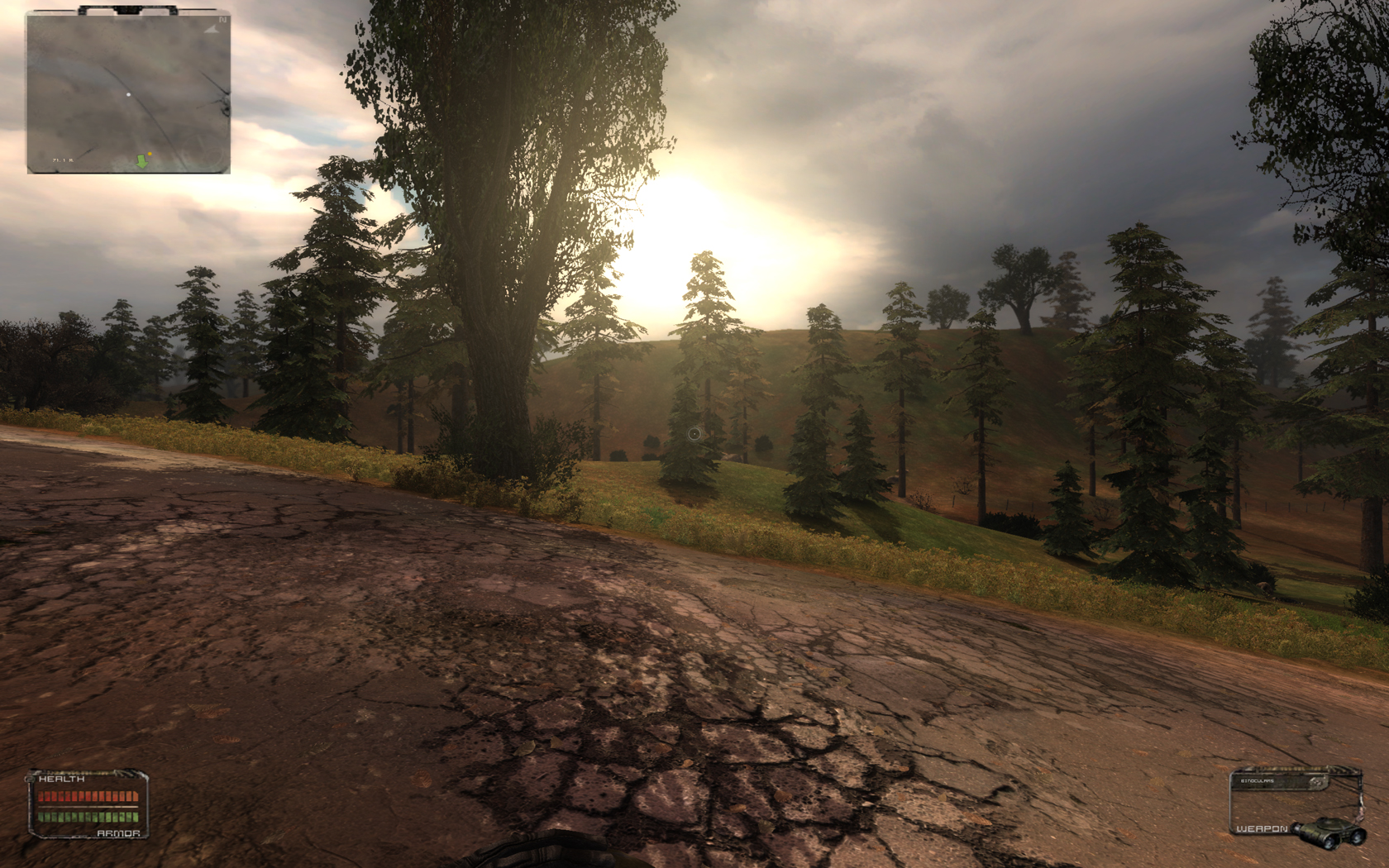 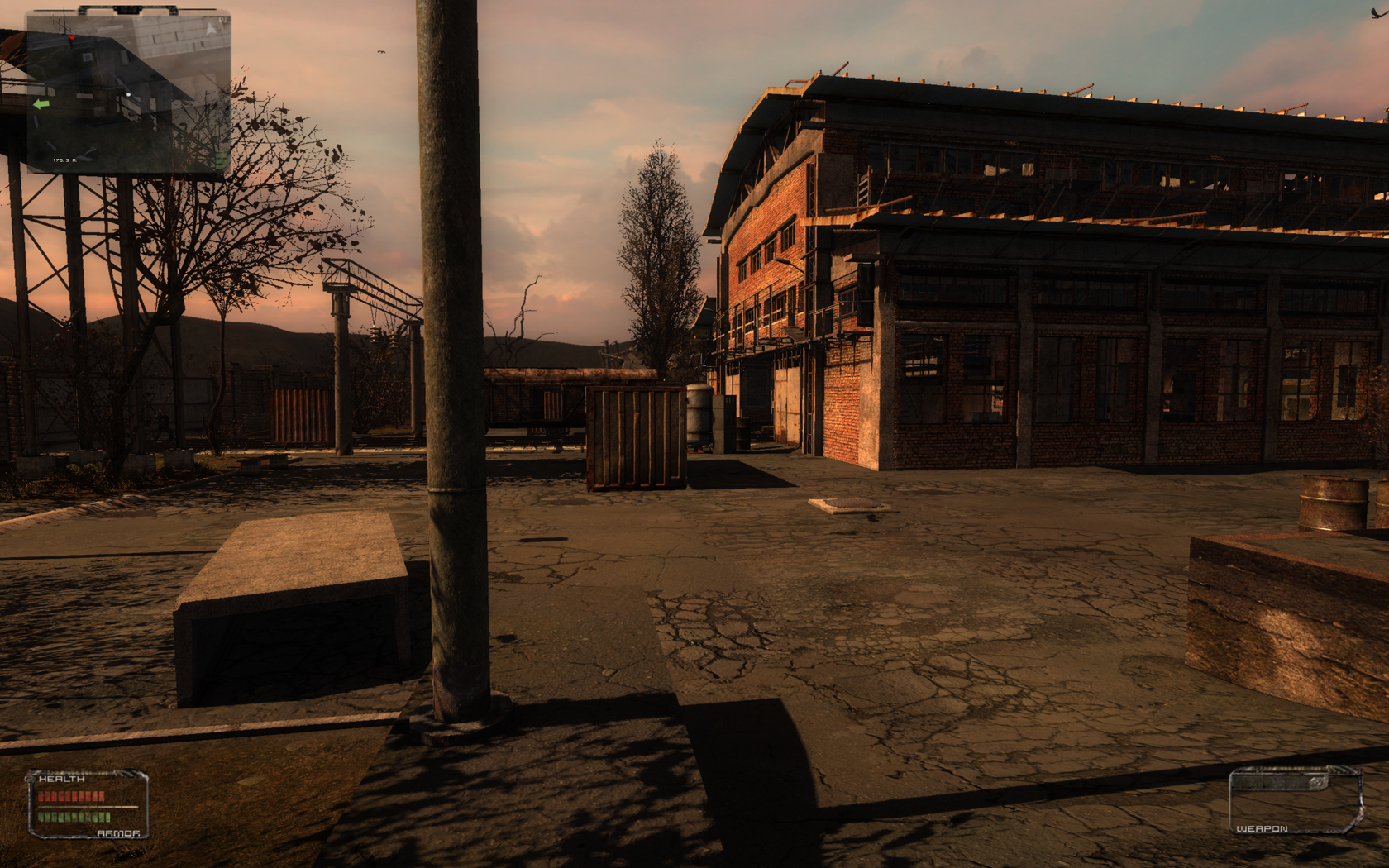 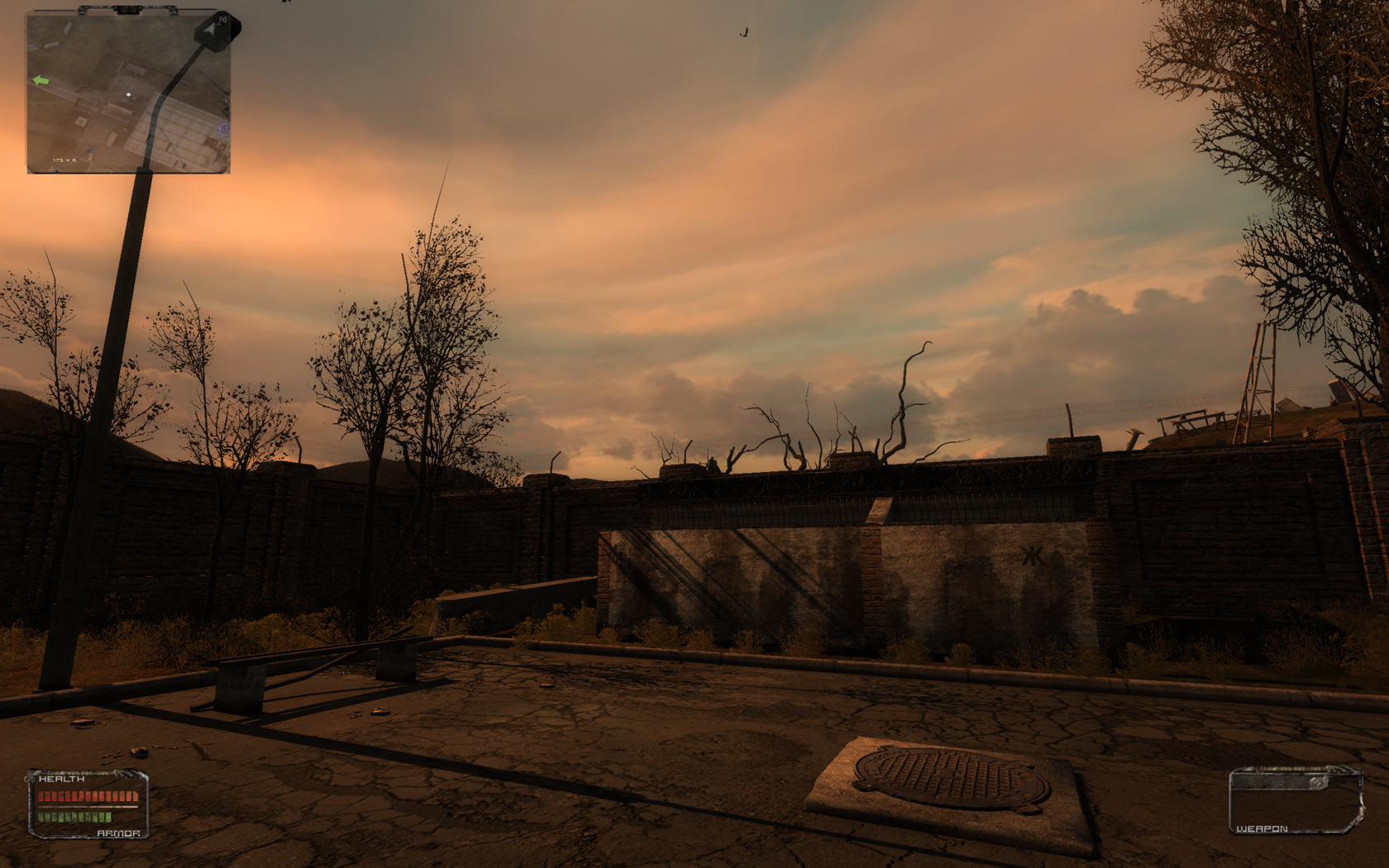 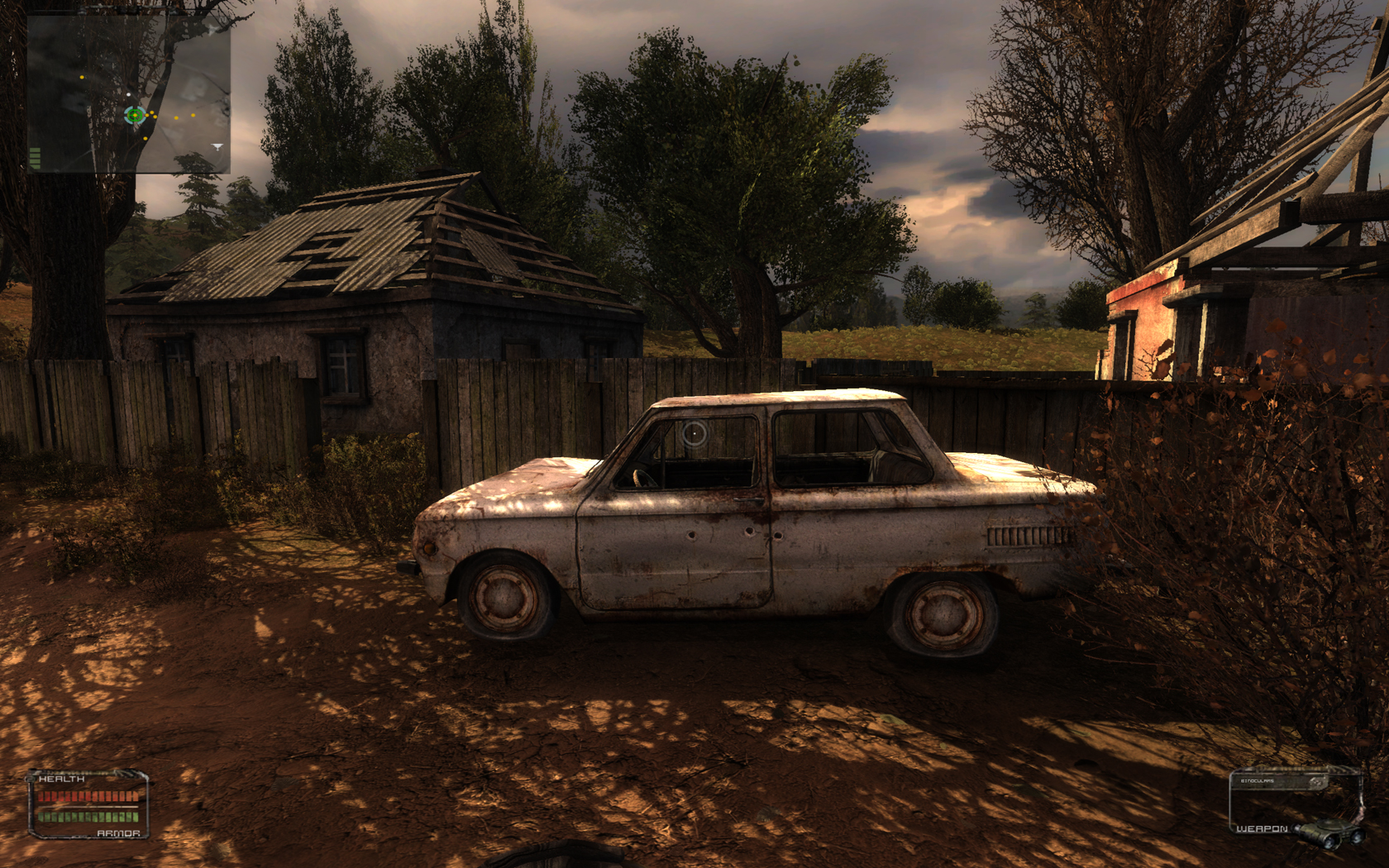 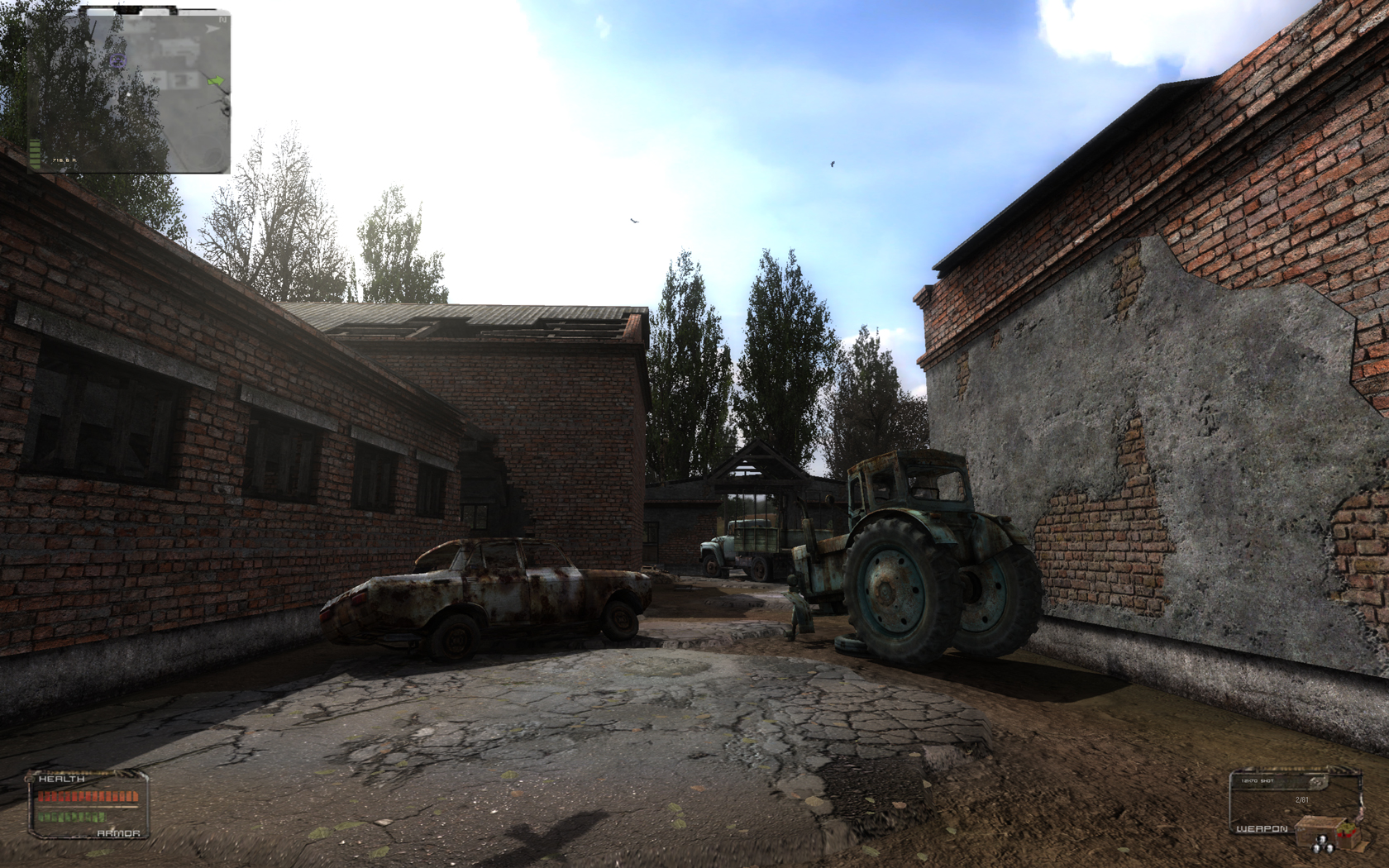