So I bought the cheapest s2011 cooler out there...

And spoiler alert! It is perfect!

No, I'm being serious, it is a really good cooler. It's actually an universal so it will fit just about any modern system. 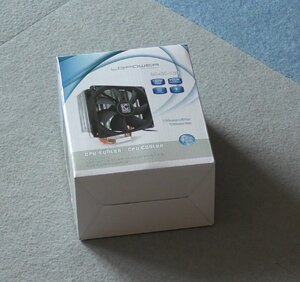 Box is nothing fancy, so it won't be picked out of a line at a shelf for sure. 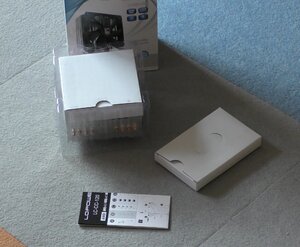 Packaging is better than expected, fan in separate box, with the cooler itself in plastic clamshell.
Plus instructions for installation. Small box contains all necessary screws backplates, spacers. An 1g tub of thermal grease and two sets of noctua style fan holders. So you can make it push and pull if you get an additional 120mm fan. 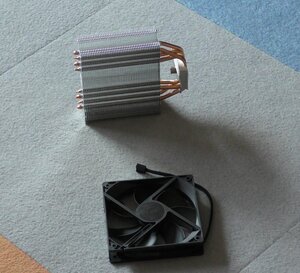 The cooler itself unpackaged

The finish and workmanship is perfect, the heatsink itself is no worse than say a noctua one in build quality.
The fan is not the worst it is actually medium quality fluid bearing fan, it is silent for now, will see how long it lasts. 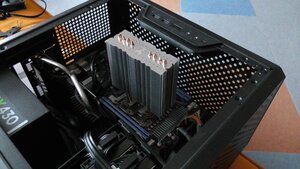 You actually have to install the heatsink without the fan, becuase the fan itself blocks access to the screw holding down the coldplate. This made installing the fan quite difficult. This is about the only complaint I have about this cooler. / You have to do the same for the noctua NH-D15 as well, but their fan holders snap in place much easier, they aren't as tight /

So that's all she wrote, I have nothing to compare the cooling performance to so I can't really say anything useful on that, as I'm replacing this with it: 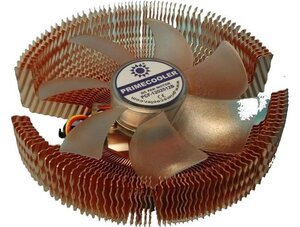 This is an old Primecooler HCIII+, socket 478 cooler. Yeah I had it rigged up on s2011, so obviously the new cooler will be much better than this was, it's no comparison.

It's on a Xeon E5-2670. And keeps it around 45C° under light load with the fan turned off. Under full load it settles in at around 65C° with the fan running at 800rpm still inaudible (the HDDs make more noise). This is not running prime, just the cpu-z stress test.

So the verdict is: Great Value! Absolutely recommended for any budget build.
S

Appaears to be the same basic design as the Cooler Master 212. But I don't see why you are saying it's the cheapest socket 2011 cooler, as on amazon its 19$ after coupon, and there are plenty of other cheaper coolers available.

Wish my 2011v3 sockets were normal and not the narrow ones. Such a hassle getting coolers.
H

When going budget i usually go either deepcool gammax 400 or refurbed 212 depending on shipping. I can usually find one or the other for $15sh. Altho i bought like 5 refurbed 212s last time i saw them at monoprice. Still have one left but ill keep these in mind!

Skarth said:
Appaears to be the same basic design as the Cooler Master 212. But I don't see why you are saying it's the cheapest socket 2011 cooler, as on amazon its 19$ after coupon, and there are plenty of other cheaper coolers available.
Click to expand...