LEDs sure can look nice. I personally would not pay a penny more for it. I usually hide my PC behind the monitor or put it in a drawer I vented for that purpose.

Real Gamers don't need that kinda BS some people Doctor their PCs untill they are happy. But they are looking the wrong way. It's more about how your machine runs that game and how old your hardware is that it can still run it.
B

KazeoHin said:
The only issue I have with the 101 is the damned pull-tabs for the tooless TG door. They break REALLY easily. I've seen two cases with broken tabs. The later cases use a push-button system (like the 301) and if In Win made a 101 with that system it would be a huge bonus for me!

Thanks. And yeah, I know those tabs are flimsy - I am very cautious with them, and I'm not into and out of the case a lot, so shouldn't be an issue. I only have to blow it out once a year given I have postive pressure and all the intake is through the lower air filter.

Just had to swap out my Mobo tho as the old Strix 370-F developed an issue with the power system in which after any low power state was entered, it would hard lock the system 10 minutes to 40 minutes after waking to the point of not responding to the power button long press. Draining the mobo caps of power by shutting off the PSU resulted in a stable system. Got tired of dealing with it and just swapped it out for a Prime X470-Pro. It actually gives a better look than the Strix, since it has a lot of white and silver elements vs the all-black of Strix. Only downside is that it has crappy fan header locations so view-side cable management is harder.

As a side note - since I saw that the AMD driver was the exact same version between boards, I took a chance and didn't reload windows, just swapped the board. System is stable and clean, except that Asus AISuite and AuraSync don't work quite right - even after uninstalling, CCleaning the registry and deleting their directories. But they're just convenience utilities for stuff I can do in the BIOS anyway, so I'm just living with it.

I love the Phanteks fan frames on the white fans. Gives a great look. I only wish they were individually addressable.

Not so sure about LED SSDs - aren't most SSDs buried in drive cages or behind the mobo tray? I guess if you have a double glass case, but since I suck at cable management, I want that far side covered up!

If nobody cared about looks and just functionality, we'd all be driving primer grey boxes for cars. Lighten up all you RGB haters! (seewhutIdidthere?).

No sane person thinks rgb makes them a better gamer. The article is saying rgb is good for the gaming money making industry.
D

For me, RGB lighting in a PC is the same as putting it on your refrigerator or microwave. My computer is an appliance, nothing more. It isn't even in the same room as my studio with the monitor and keyboard, the better to cut down on RF interference when I'm recording guitar (the Texas Specials in my Strat are noisy enough as it is).

WIth my first build after LEDs really became a thing, I tried some blue LED fans, and the novelty wore off inside of a week, especially since my PC was in my bedroom at the time. Once my night vision kicked in, the whole room had a soft blue glow, which I found annoying rather than cool.
T

I bought my dad a 1 TB SSD with RGB LEDs on it. I couldn't have cared less if it had the LEDs on it and I know he wouldn't either. But, that's what was available for the best $/GB at the time.
T

I wrapped my mx500s in 3m carbon fiber because I couldn't stand the silver covers in my all black setup but that's as far as I'd go.
G

tangoseal said:
It's because gamers have a taste for color and art and what makes games attractive is the fantasy. Rgb gives your eyes a fantasy vacation from the normal everyday earthen tones of the daily grind.

I for one absolutely love RGB and I was going to buy a Team Group SSd rgb simply because it looks good. Just waiting on next sale price.

Yes I am being honest.

I just cant understand people that want to ban RGB as an option because its something they dont like. Newsflash!!! You can just turn it off.

I actually like stuff with RGB LEDs. I just set them to reflect temperature of the respective components. If I glance at my machine and it's glowing green, all is well 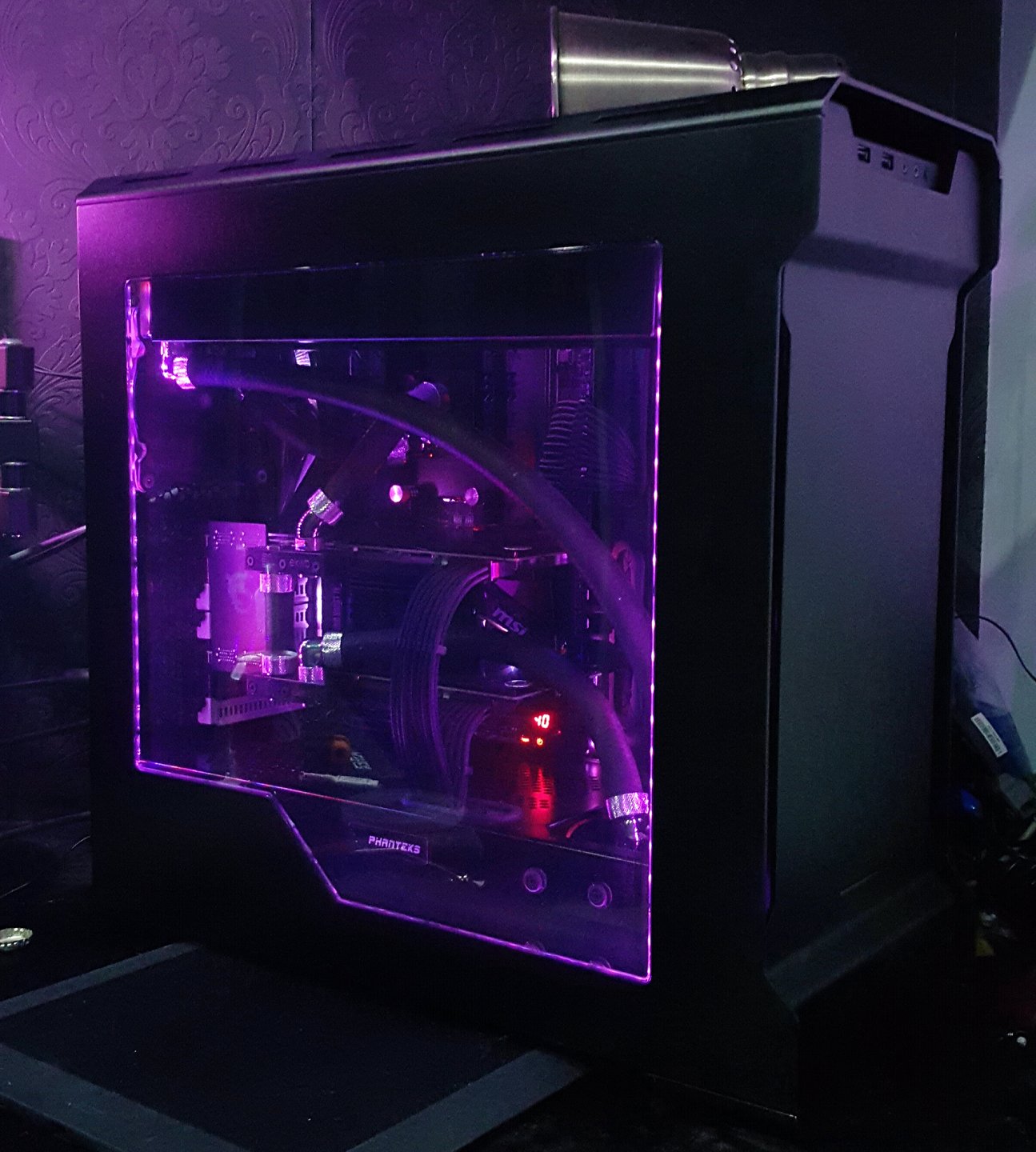 RGB, not flashy disco lights. RGB is about allowing you to colour match with your hardware, and change that colour based on mood if you wish.
D

What elitist bullshit. A computer is about what the person building it wants it to be about.
T

Lets see..... this thread is about a TeamGroup branded SSD with RGB LED.

There are countless other SSDs that have zero RGB, in fact I bargain about 99% of all SSD lack LED of any kind. So you have absolutely no point to be made here or am I missing something? Otherwise don't buy this SSD and go buy one of the 97 other brands that are colorless higher performing drives. Take your pick, your kind has endless options available, the RGB folks have like 2 options if were lucky.

Anyways when it comes to performance can you sit here and tell me that you can tell the difference between 90K iops and 82k iops? The only concerning factor is the use of TLC Nand. I would rather have MLC or even better SLC for longevity. But even now the typical hardcore enthusiast level gamer isnt even going to use up 10% of that drives wear capacity no matter what they do. Not too much heavy data commitment when all your doing is loading CS Go. Place it in a data server we have another issue at hand. But thats not even what your comment was about. You were just being strongly opinionated and I am trying to keep this on topic about the drive and its capabilities vs. fud.


Derangel said:
What elitist bullshit. A computer is about what the person building it wants it to be about.
Click to expand...

I'm not a Poser

alxlwson said:
Asus has you covered with turbo buttons that actually work!
Click to expand...

Nooooo, the whole point of turbo buttons is they don’t do anything. It’s what the nineties was about.

It’s like a 4 inch bore exhaust on Civic
D

Iratus said:
Nooooo, the whole point of turbo buttons is they don’t do anything. It’s what the nineties was about.

The Turbo button allowed CPUs to run at full speed, turning it off made CPUs run around 4.77 Mhz. This was due to some software (especially games) being coded to work on the 8088 so CPUs faster than 4.77 Mhz could cause software to be unplayable.
F

Just found this. Didn't think it was worthy of another thread, but wow. This is peak tackiness for your PC. 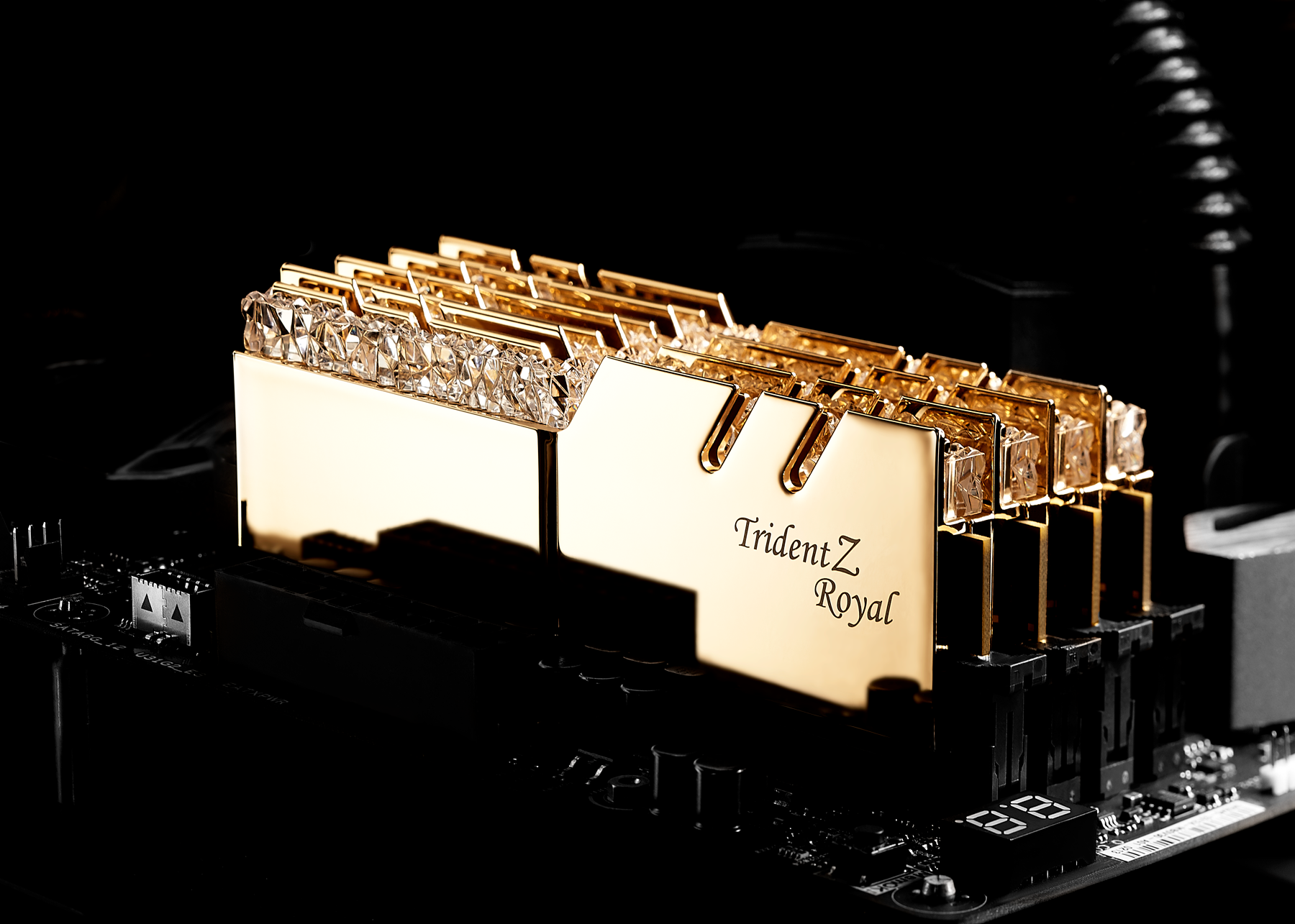 Iratus said:
Nooooo, the whole point of turbo buttons is they don’t do anything. It’s what the nineties was about.

But the turbo button did actually do something...
I

alxlwson said:
But the turbo button did actually do something...
Click to expand...

Depends on the machine and the time period. Many did something (at least early on) but they were around a lot longer than they were useful

I’d love to be having a discussion on the relative merits of 80’s architecture, clock/thread alignment and get some pictures of my PS/2 out but I’m reality I’ll be sure to include my /s tags and make more obvious when I’m exaggerating for comedy effect. Or ya know, maybe try and actually be funny rather than failing.
You must log in or register to reply here.
Share:
Reddit Pinterest Tumblr WhatsApp Email Share Link
Top