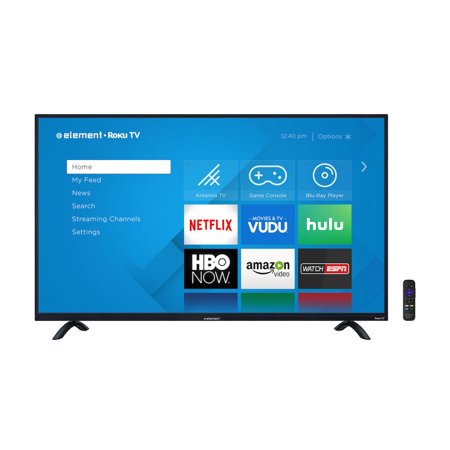 I bit. My five year old broke my Samsung 55" 4K tv about a year and a half ago when he was four. He threw a butter knife, aiming at the kitchen through a doorway, and hit the TV instead. It was just a few months old at the time. After that experience I really had no interest in spending that kind of money again on something so fragile while I still have little ones in the house.

However, this is just so damn cheap. I don't care that the picture quality will be a bit worse than what I had, or the screen is a little smaller... I'm going to Home Depot and getting a sheet of Lexan to put in front of it anyway. It'll be like having an Otterbox for my tv.

It arrives next Thursday. I also sold another when I told my parents about the deal and they bought one for their cottage, where it will replace an old CRT tv they've hung on to.
D