Ready or Not: tactical SWAT game

The amount of effort getting the NPCs to react properly must take a lot of time, and probably why these games are dead as a genre outside of this. In most other games teleporting is okay (when an NPC gets stuck or falls behind) or they rely on spawning/respawning (like GTA/RDR2 where enemies can spawn just feet behind the player). And things like odd accuracy is more pronounced considering the damage system. I think it will take a while to get this up and running perfectly.

But there are a good 4-5 maps in white box that you can mess around. I played in a gas station map that was mostly white box.
G

Flogger23m said:
The amount of effort getting the NPCs to react properly must take a lot of time, and probably why these games are dead as a genre outside of this.
Click to expand...

Difficult to make well, and a niche genre, means they don't come around often .
F

GoldenTiger said:
Difficult to make well, and a niche genre, means they don't come around often .
Click to expand...

Biggest problem I have right now is both friendly officers and enemy suspects can occasionally see through walls. And proceed to shoot very accurately through them. Had my team see through the upstairs floor and a wall. They both had a shoot out together. I also clipped through a wall in one map. Lots of quirks with the AI.

Of course it is early access, but certainly not ready for gameplay. More than small bugs currently. Still very much WIP. Hopefully they progress quickly over the next 6 months.
C 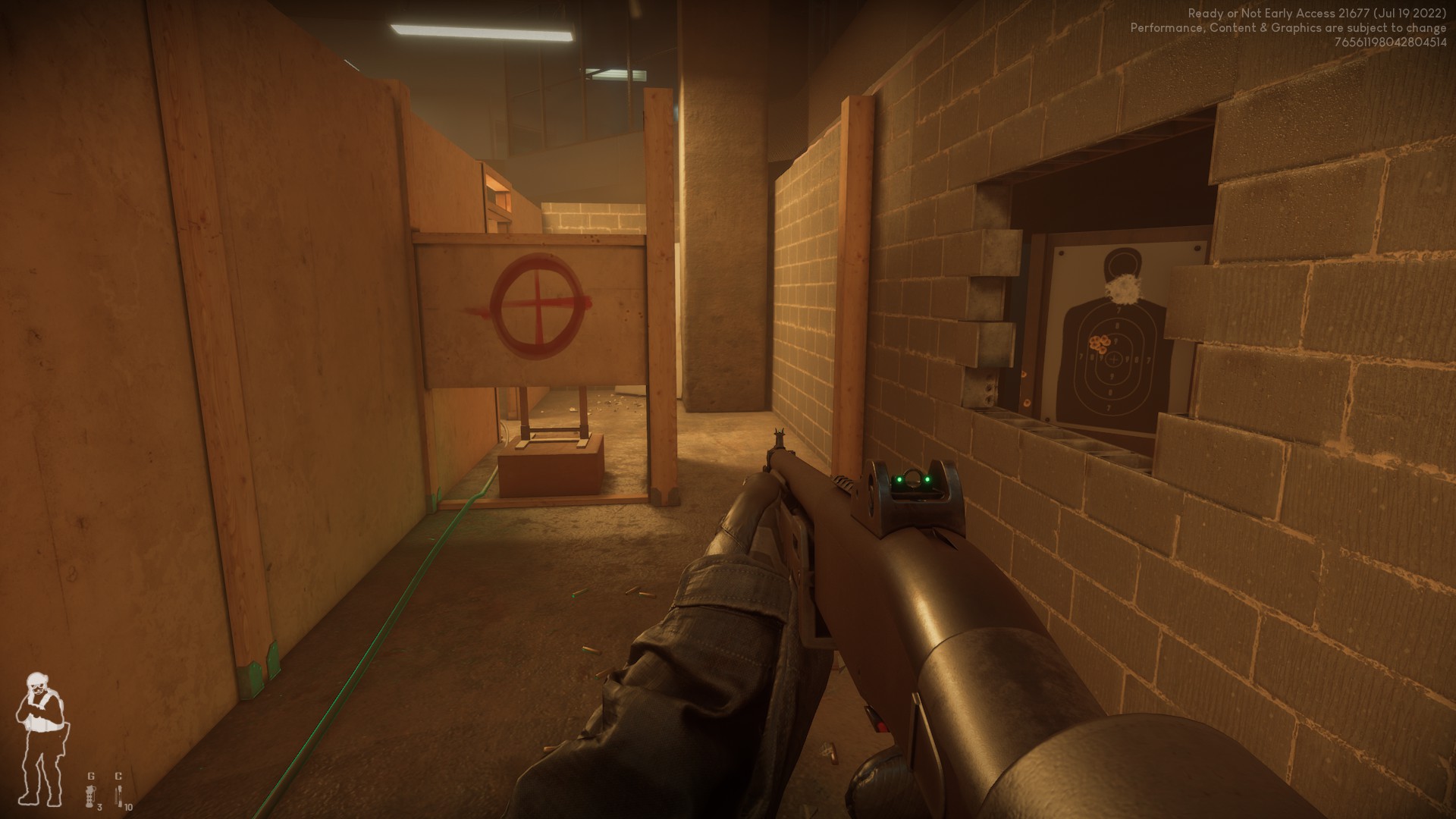 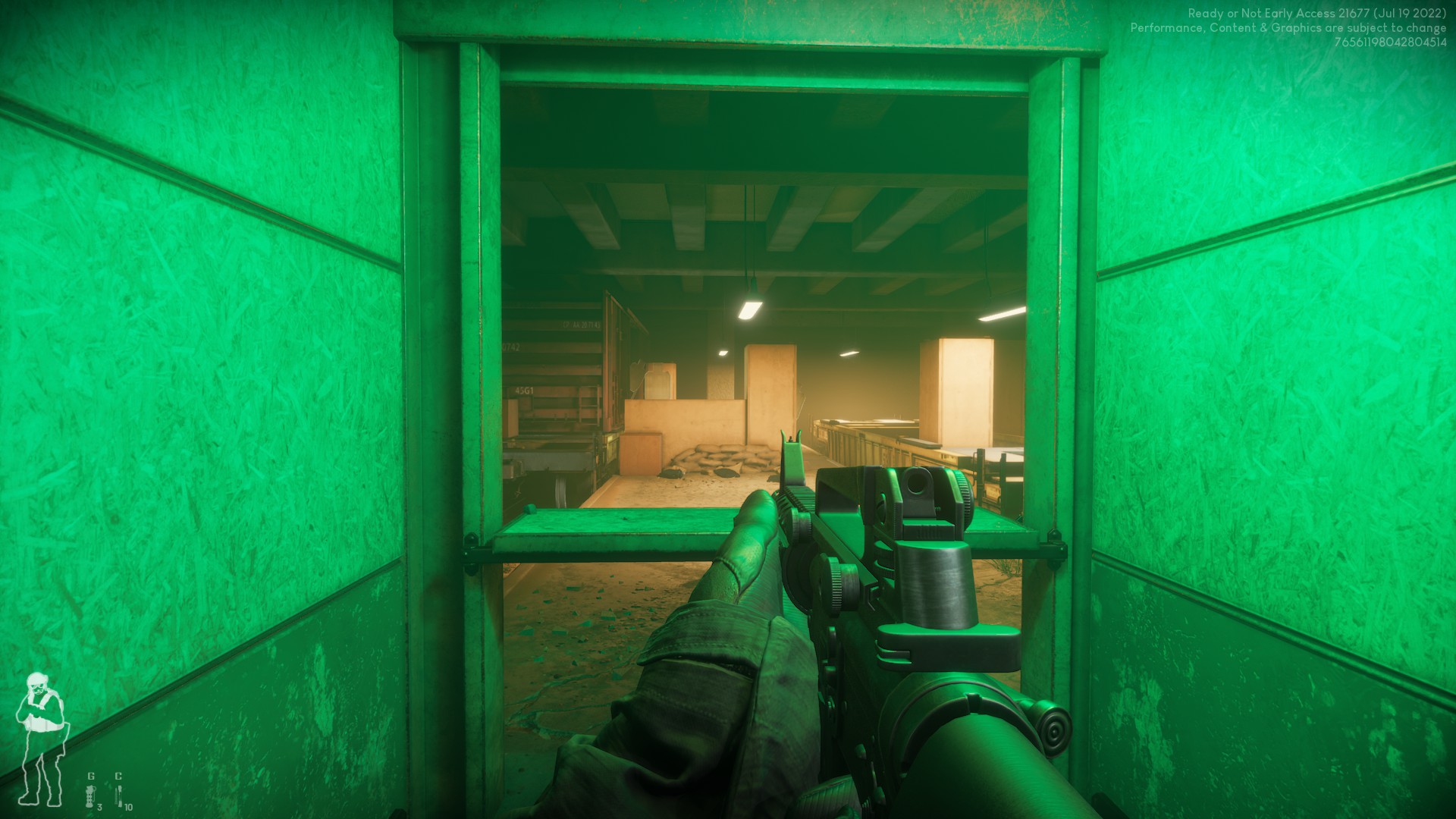 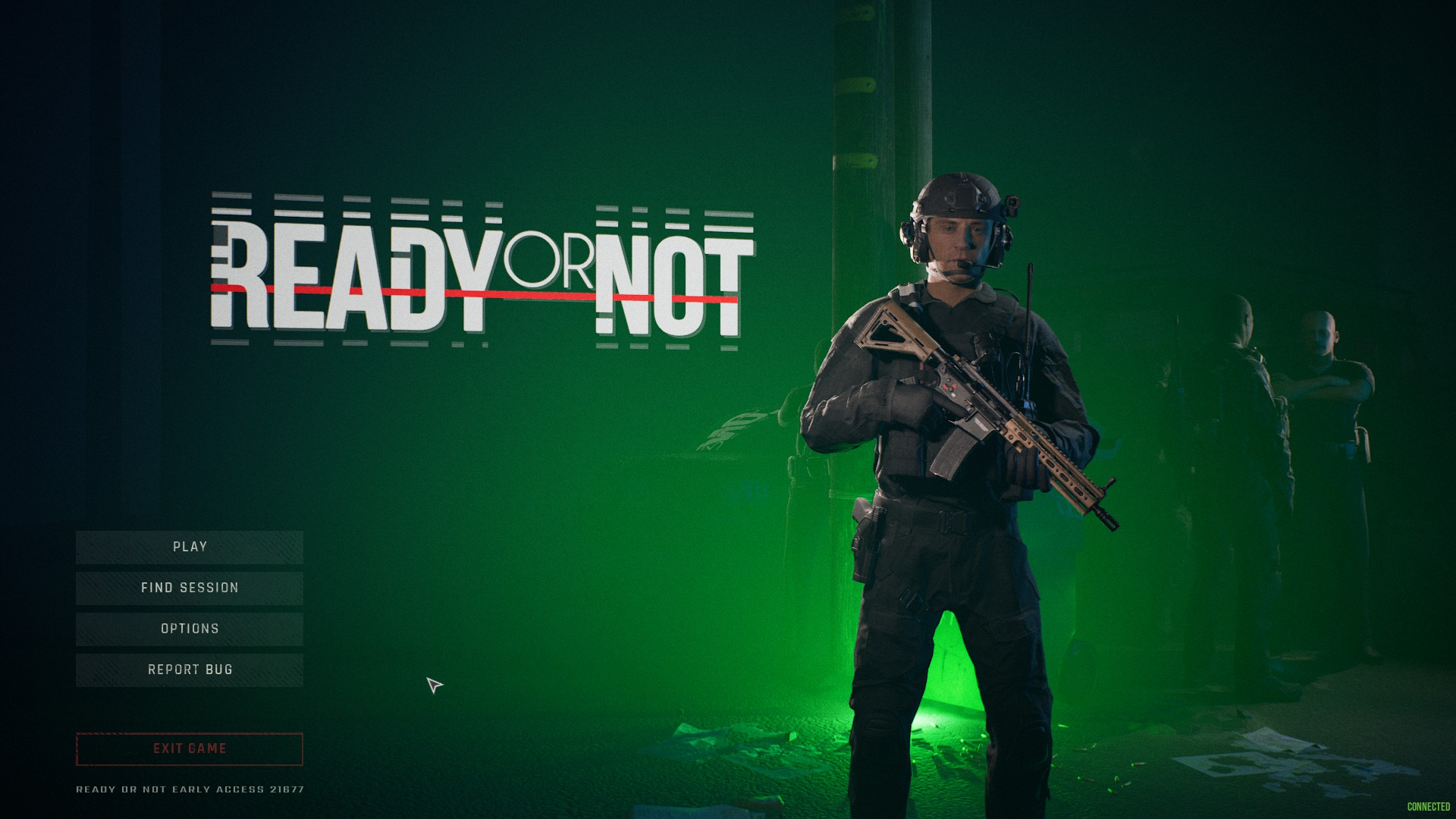 This game is hot really like the animations and clean look to the game. I wanted Trepang 2 more but it's not out yet. The developers of Ready or Not said to buy both games.
F 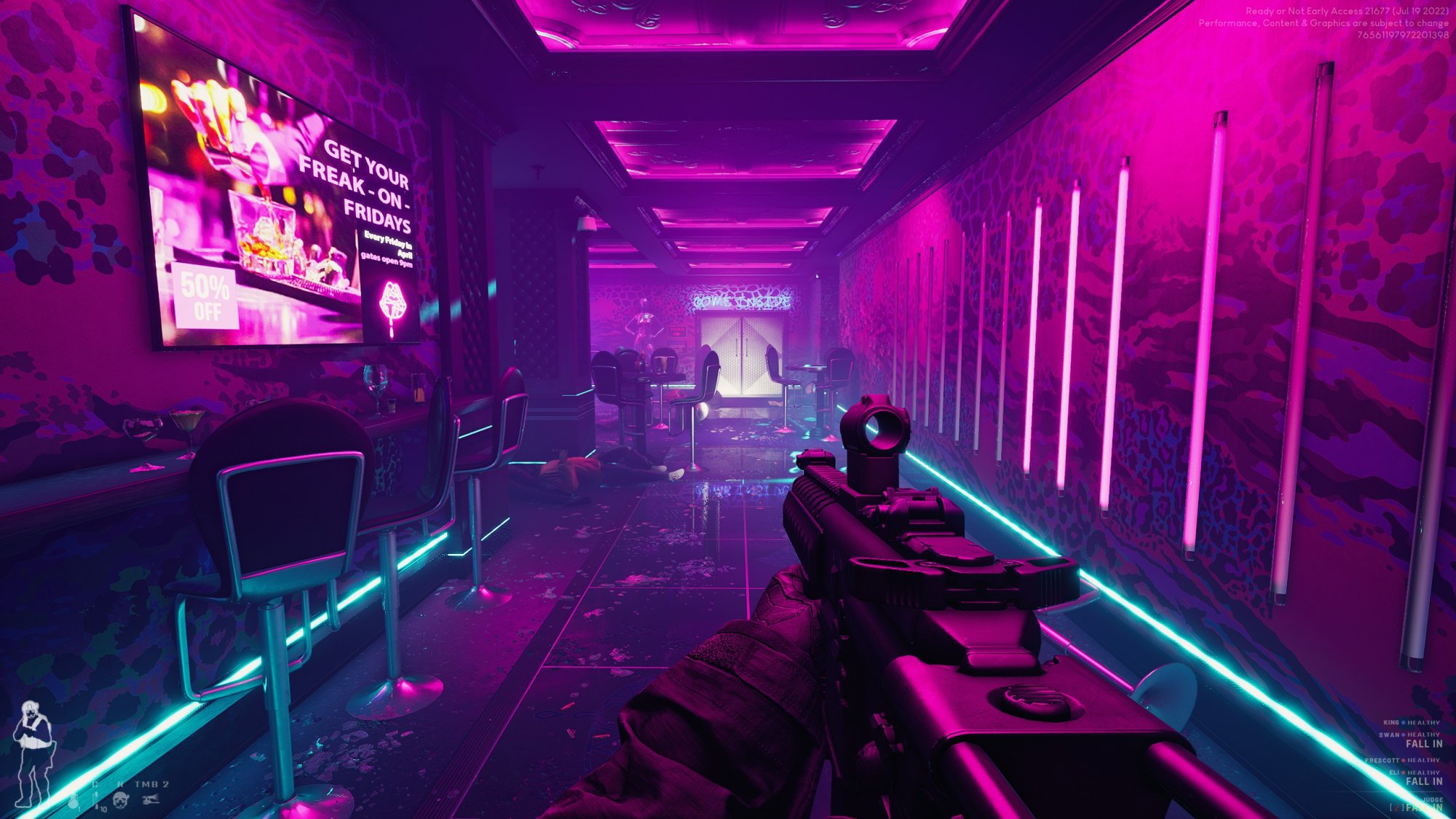 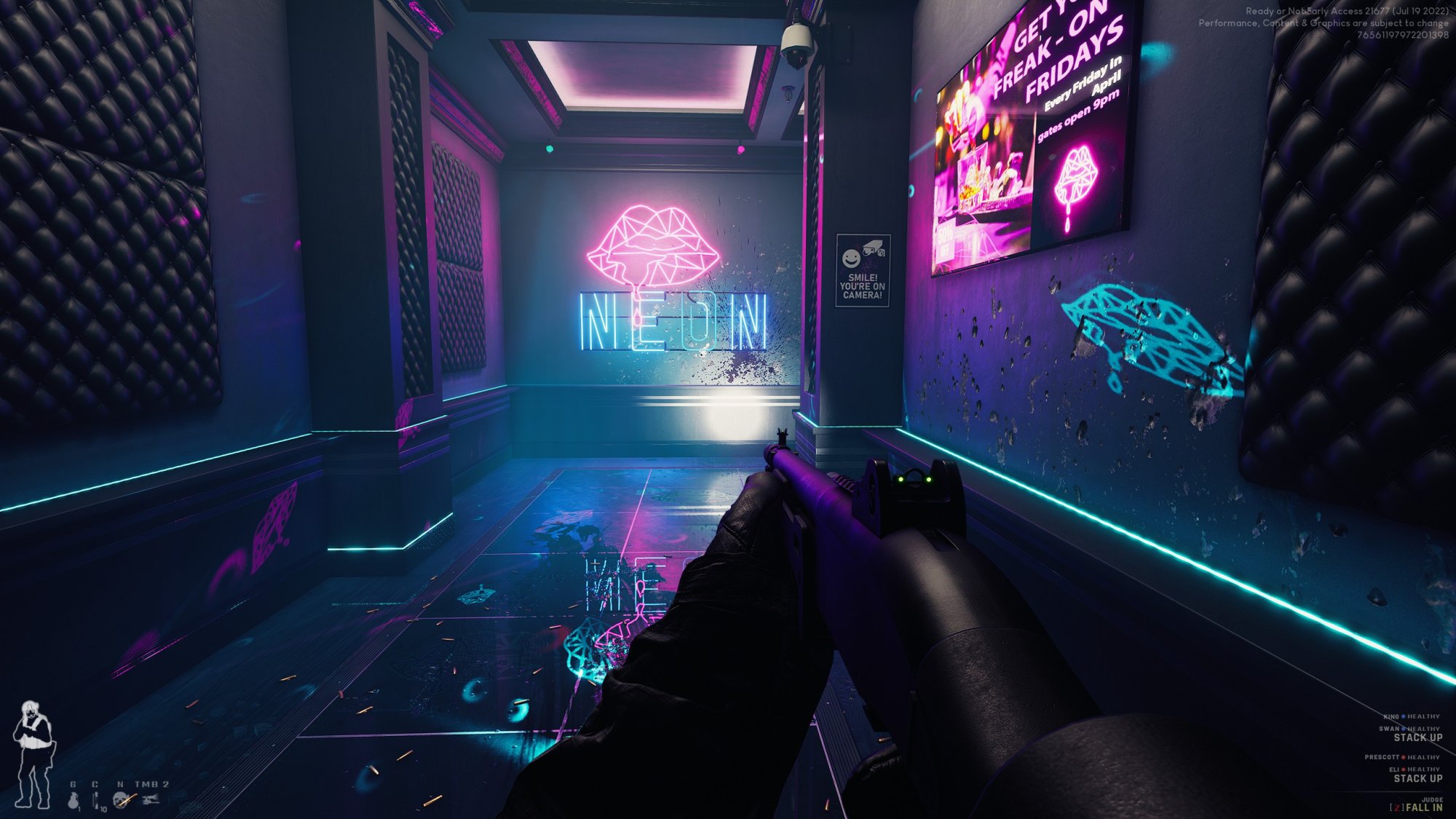 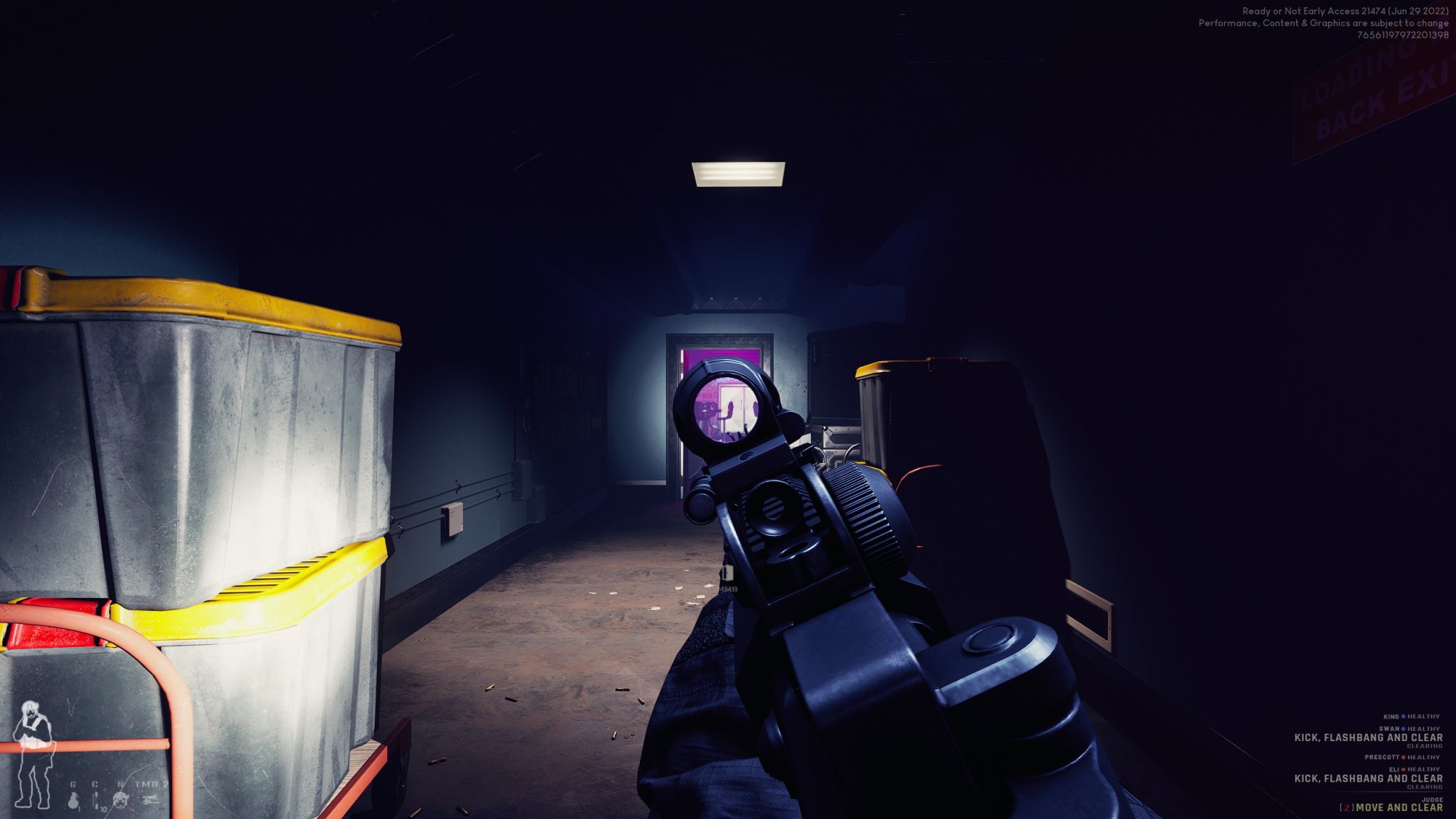 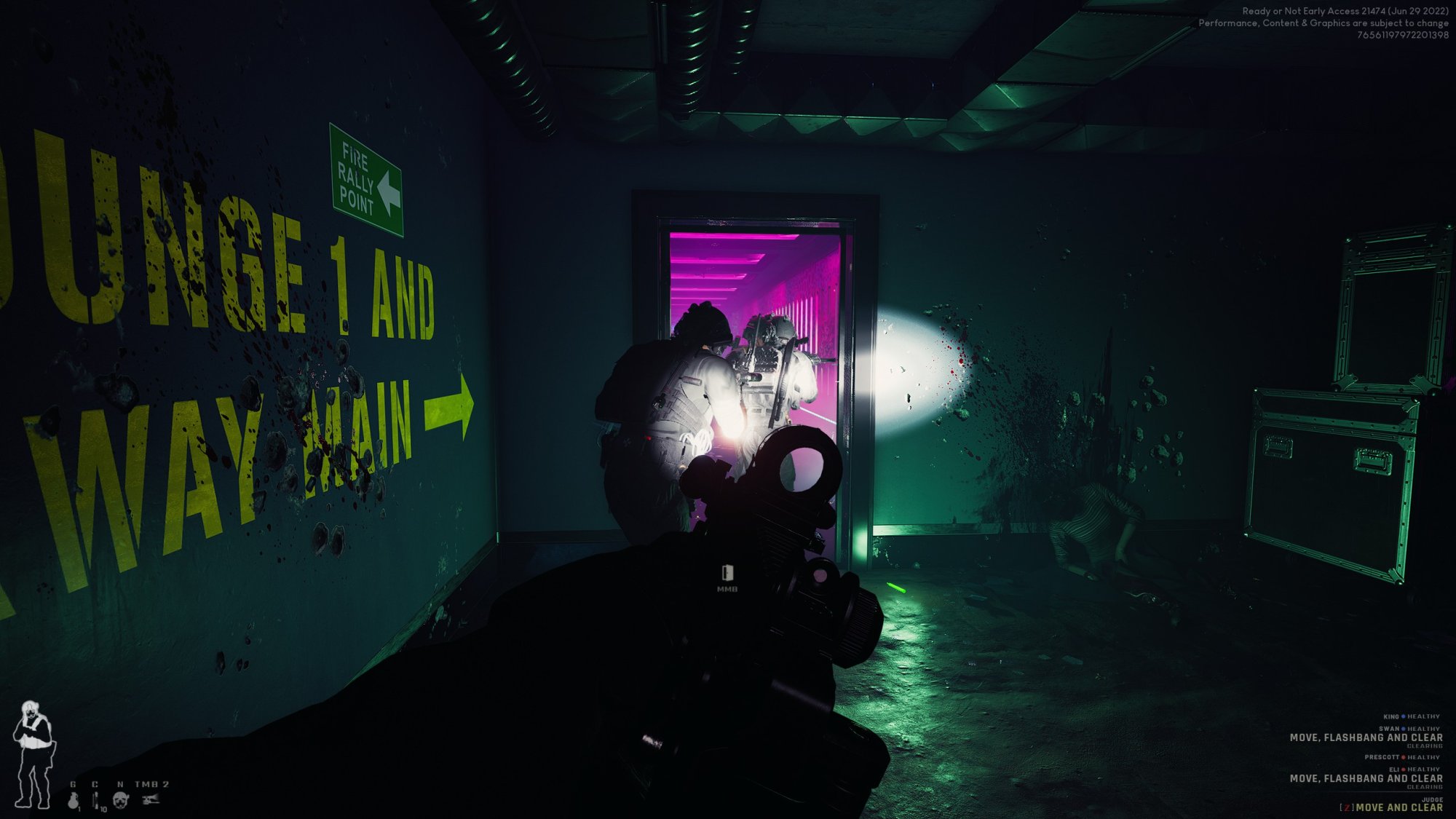 It clearly needs work as the enemy reaction times are a bit off, and animations can be cleaned up for things like hit reactions. AI officers occasionally get hung up on certain things like restraining someone. Weapon damage needs to be tweaked. Context menu as well.

But generally still playable. Already have around 25 hours of game time in it. Overall not as smooth as SWAT 4 yet but I think it will eventually do everything as good or better.

Comixbooks said:
Dies the type of gun you use matter in game?
Click to expand...

It does but is caliber based. There are also different ammo types but I can't recall how to change them, the loadout editing needs to be tweaked to be more clear. Still, damage is a bit off. Sometimes people can take a fair amount of rounds and just walk it off. SWAT 4 had limping for injured people, so far Ready or Not lacks it. Suspects can get knocked down or play dead which is great, but being able to run and fight 100% effectively after taking a few rounds juts isn't right. I'd expect to see them limp around. Of course the game is still work in progress and I believe they are implementing such features in the future.

Generally you'll want to use rifles. Shotguns are easily stopped by body armor, which while realistic there is again not enough of an impact reaction. SWAT 4 with mods had a similar dynamic but had notable impact/stunning reactions. Armor did good at stopping shotgun buckshot but it would stun enemies and they would jerk around with each impact as expected. As Ready or Not doesn't have it yet, you can shoot someone 1-3 times with a shotgun and they'll just stand, maybe walk a bit and kill you. Using the shotgun in the Neon Nightclub map took me something like 10 tries to finish the mission because if I had to fight an enemy, there was a 50% chance I'd die. Rifles on the other hand were so much easier.

TLDR: If you want the easiest time, use rifles. If you want a challenge, use an SMG. Want something harder, use a shotgun.
C 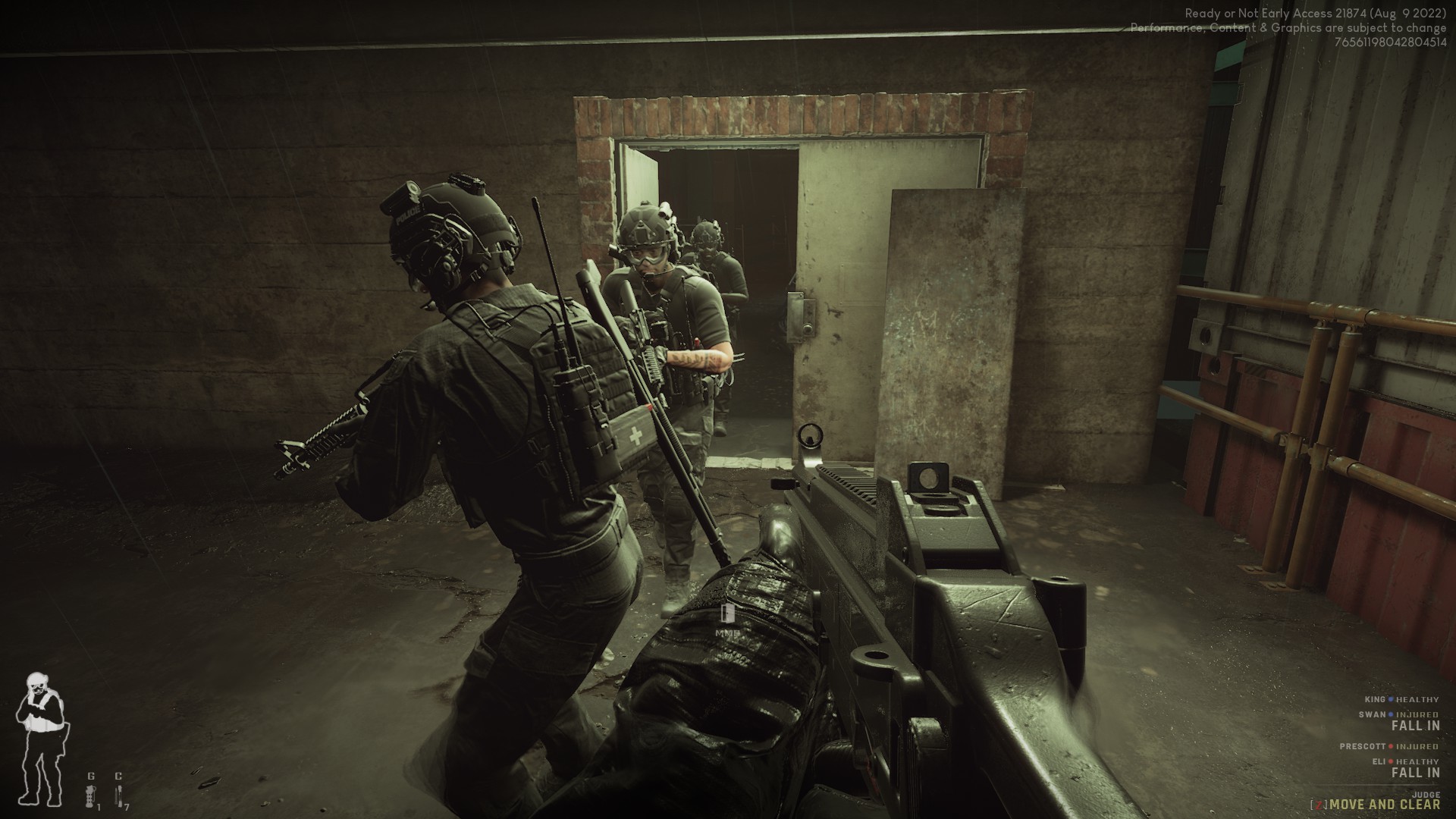 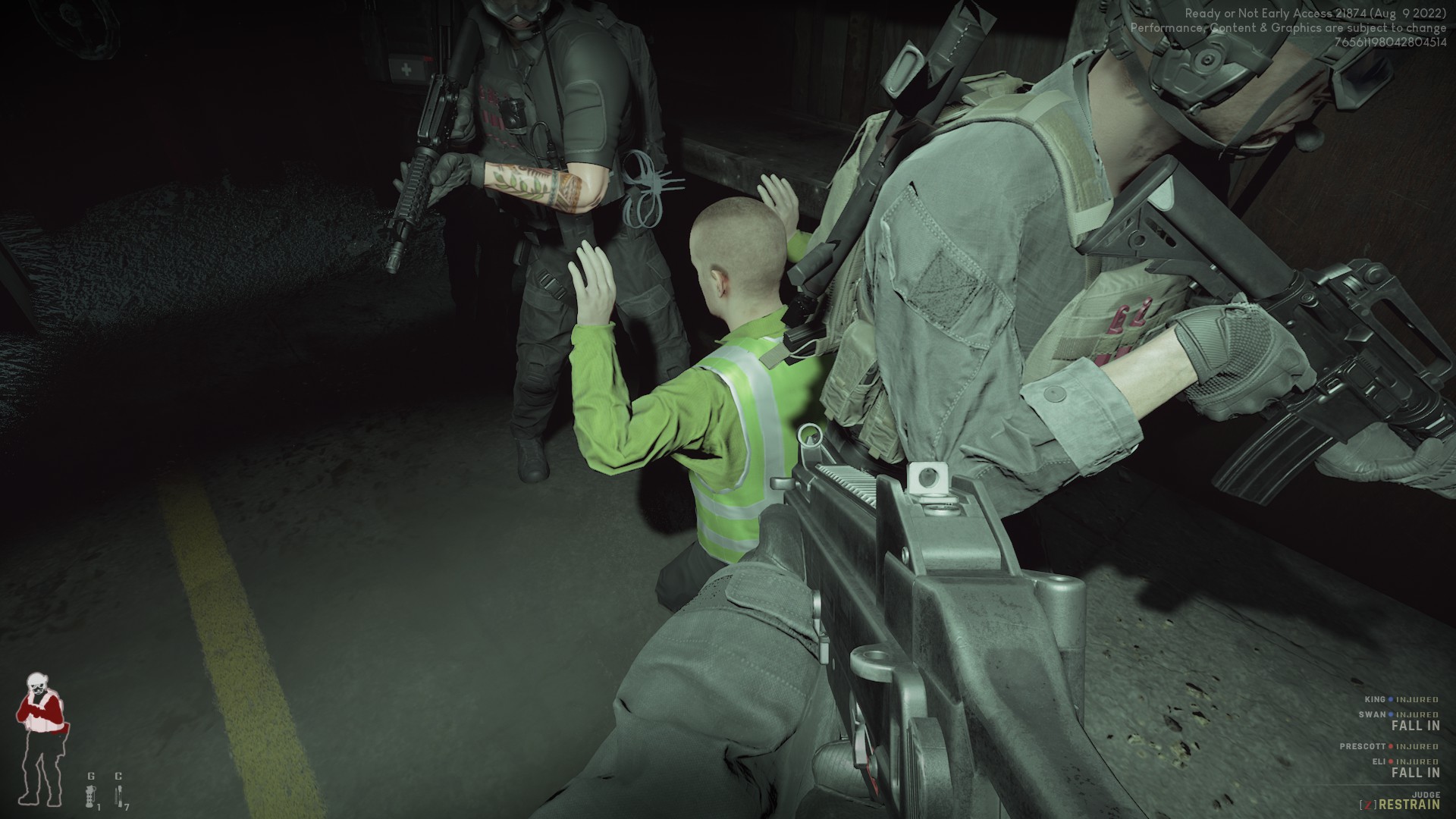 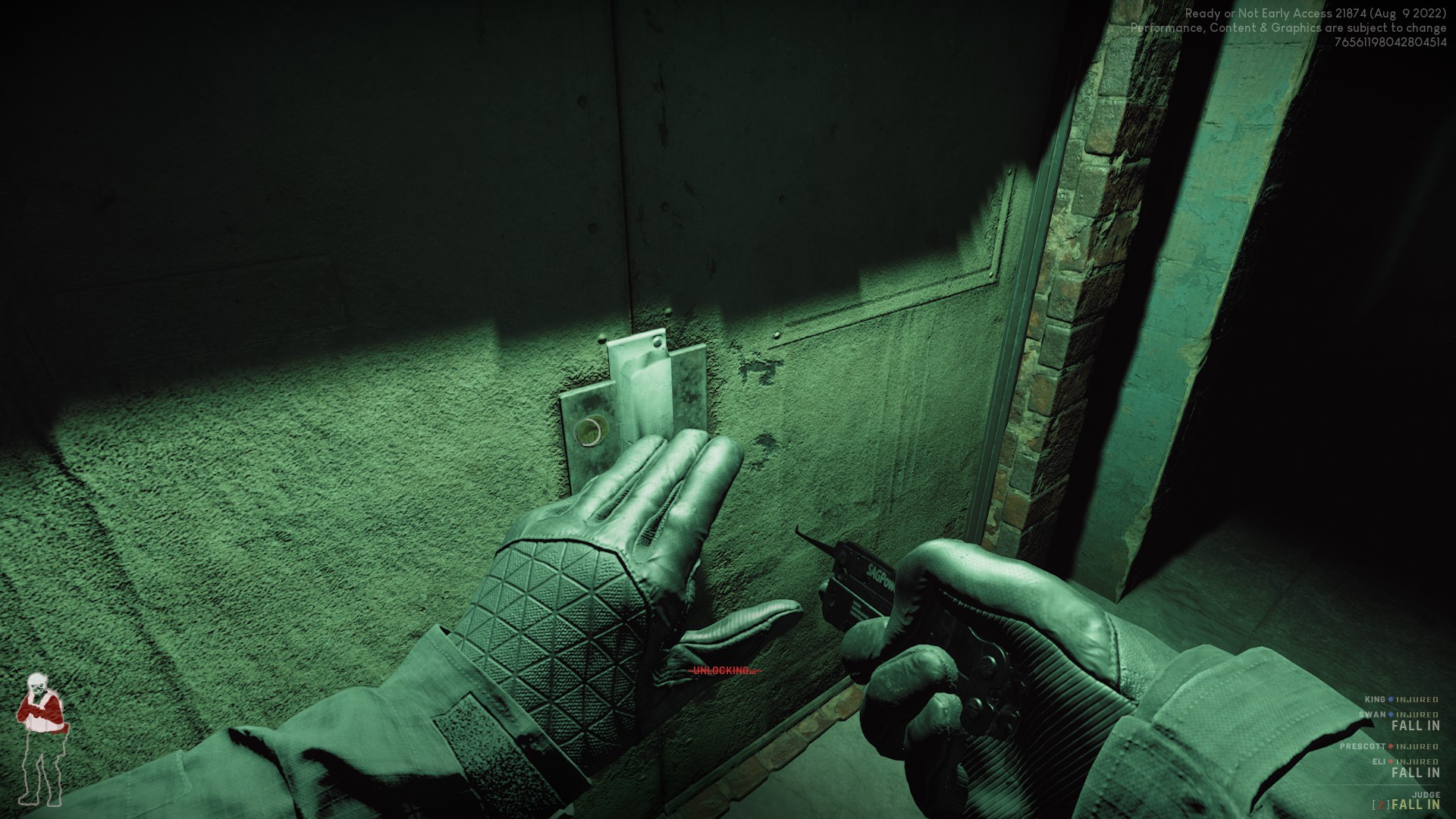 Thought this game would be a breeze your doing good then you get flanked by a guy in the dark while completing objectives.
Still haven't completed a Map I guess the Maps are suppose to be dark I didn't have Night Vision just Glow Sticks.
C

Finally finished a mission if you don't complete all the objectives and there is nothing left to do you can end the mission by pressing Page up for a vote to end it. I just played a easy game the other selectable difficulties must be crazy.
You must log in or register to reply here.
Share:
Reddit Pinterest Tumblr WhatsApp Email Share Link
Top