I've had a Razer Blackwidow Elite for about 2 years now, got it cheap (80% off sale) and it's been one of my favourite keyboards of all time but it is getting a little worn from use, which had me considering a new keyboard. I pondered for a while and then came to the conclusion that even though I've never built a keyboard before, we can rebuild him, we can make him stronger, faster, better.. There isn't much info out there documenting the process so I figure I'll do that here.

Clearly the old warhorse has seen better days, and at the very least is due for a good clean

I began by ordering some Zilents from switchkeys locally, and some new Razer PBT keycaps from another local vendor. I chose Zilents because I wanted good quiet keys, but do a lot of typing for work so I want something that has a tactile bump, unlike the stock razer yellow linears in the Blackwidow. Those have yet to arrive (probably early this coming week) but I have begun the process of removing the switches one at a time. In the meantime I'm typing on my Das keyboard (model 2) from way back.

More cleaning ensued before I finally got around to opening her up, which wasn't as easy as it sounds as there are quite a few screws in the top plate, and some are a bit hidden. (seriously JANET?!)

Not too bad construction wise, though there was some flux residue. To be honest, the key switches look like they have been soldered by hand. 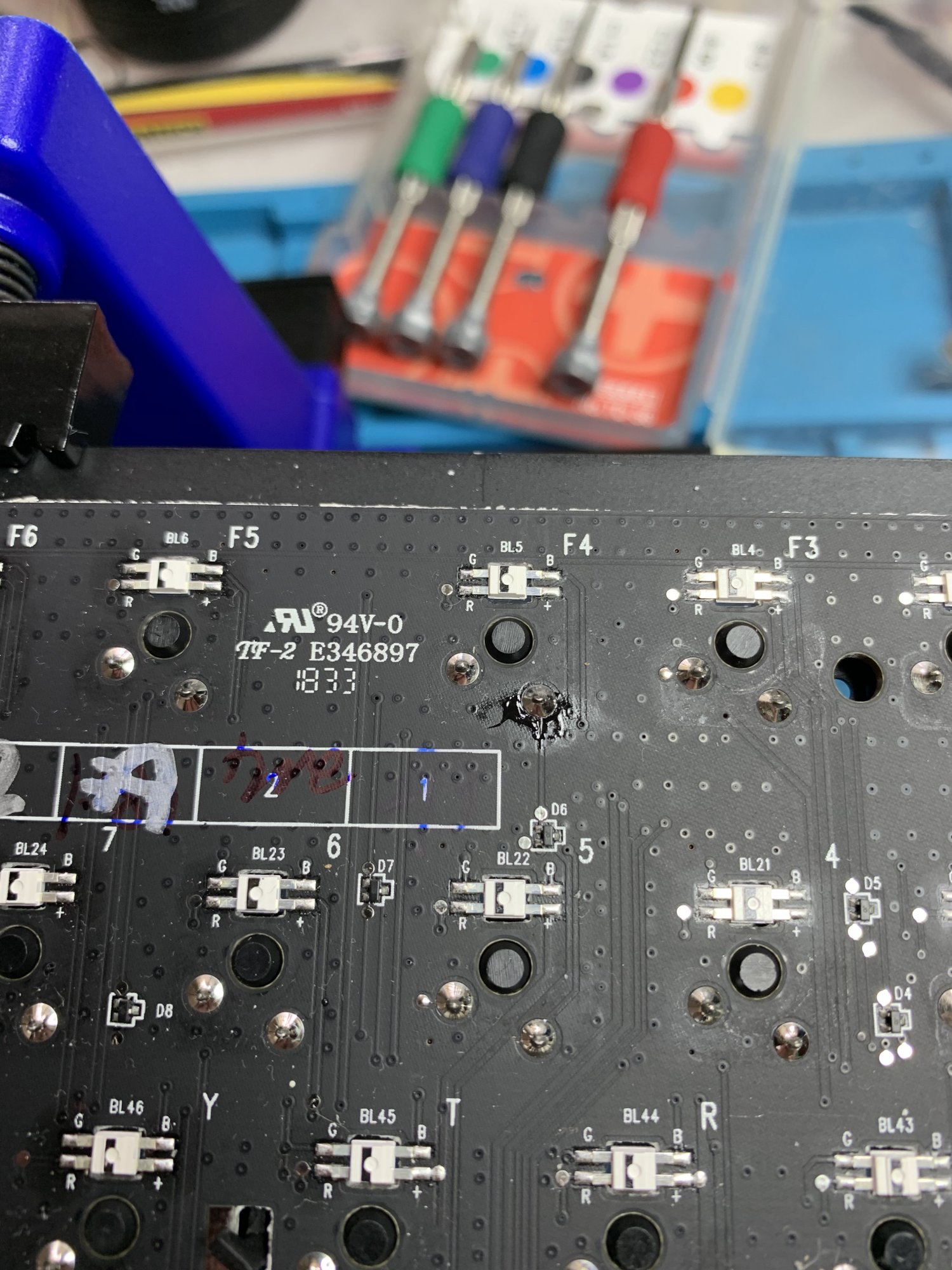 The beginning of the desoldering job, with a solder sucker this is really not too bad, just heat the joint, suck the solder, then if it doesn't work first time, apply some new solder and try again. Takes about 20 seconds per solder joint, after that just push the switch out by the plastic. I tend to do a bunch then push them all out at once. 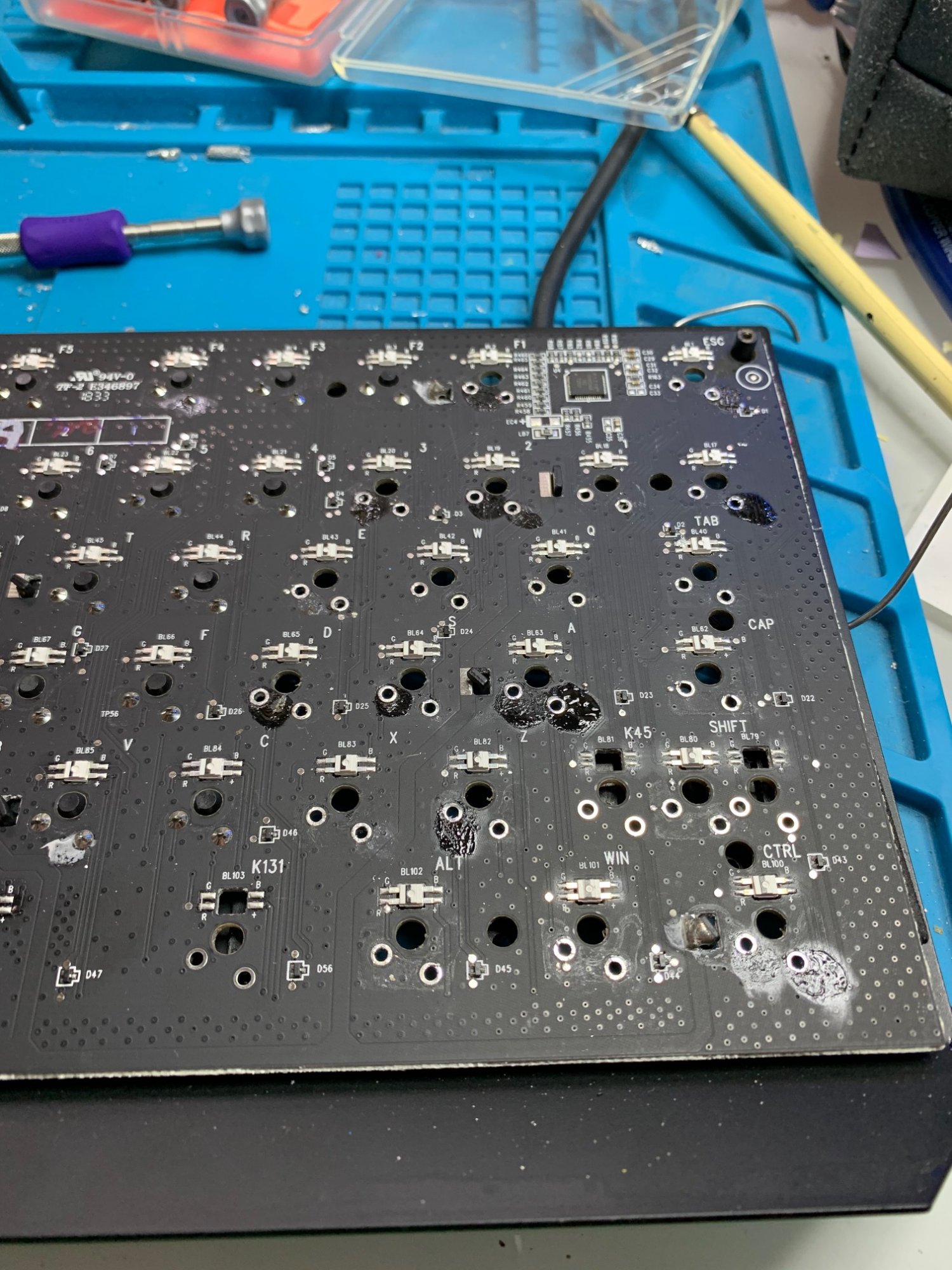 So that's where I am at after my first shot at it, more cleaning required (yes more flux) but progress none the less. I'll keep going slowly and add to this thread as I continue work on it, hopefully by mid week I'll have a "brand new" keyboard ready to go. I may try to sell the original key switches as all are still working, and they seem to be a regular failure point, we'll see.
Last edited: Sep 19, 2020
K 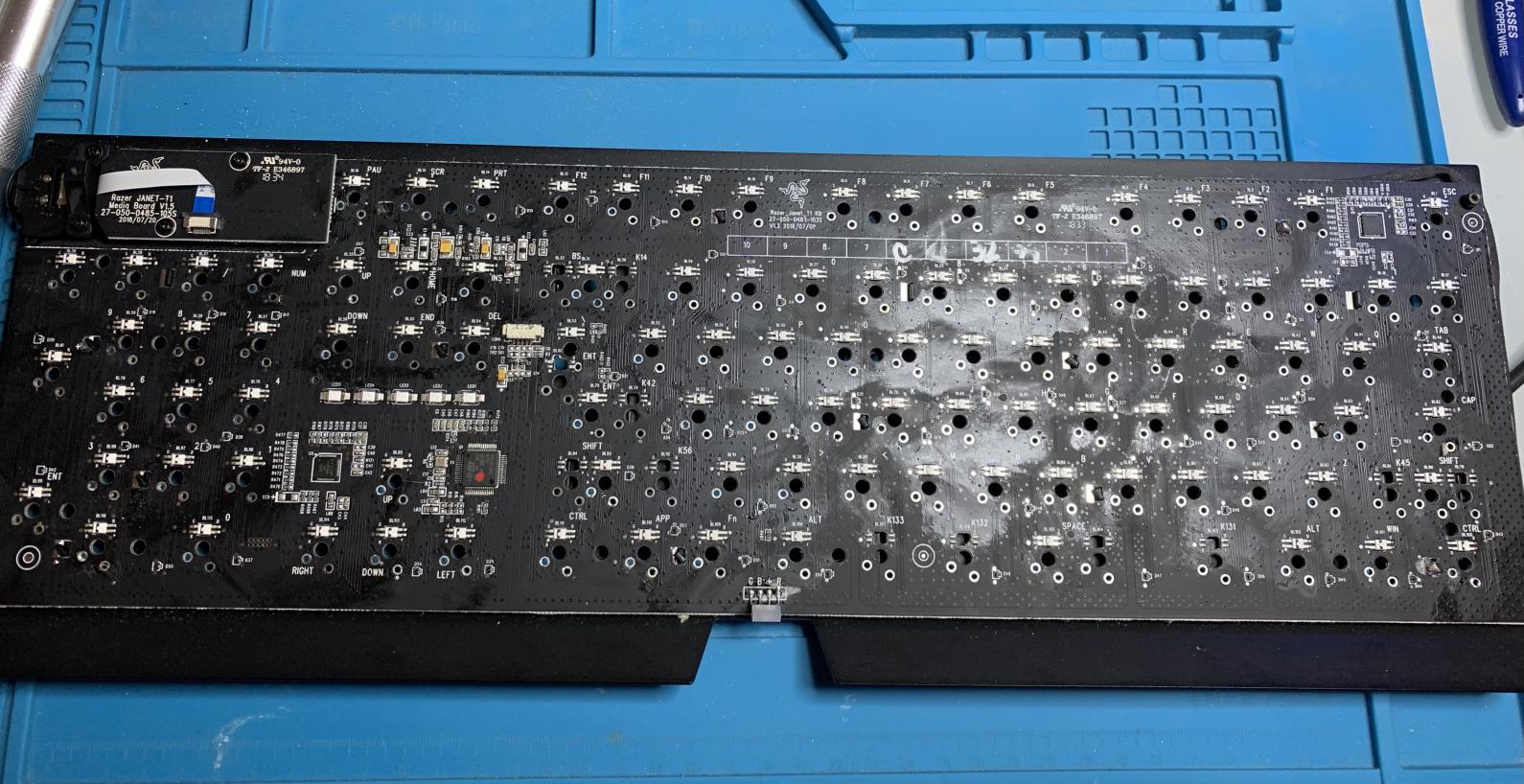 I admire your OCD.
K

Meeho said:
I admire your OCD.
Click to expand...

I have lacquered the board... now waiting for it to dry.
V

I purchased a BlackWidow Elite (orange switches) during the summer as well as the PBT keycap upgrade set at the same time. Great keyboard and a noticeable improvement over my old Logitech G15 keyboard. Before I even started to use the keyboard, I immediately swapped out the keycaps. Just feeling the two keycaps side by side it was a worthy upgrade and makes a difference in the look and feel of the keyboard.

My only minor annoyances are:

I bought one of these several years ago and loved it. So much so that I bought a 2nd one when my kid spilled juice all inside it so I like the idea you had of overhauling your old one. Yeah they got a lot of hate cause, well Razer brings a lot of that on themselves (Synapse, hit/miss QC, high prices) but this was a really good keyboard.
K

I may well do this before the final install.

Regarding the quirks mentioned, the lights don’t bother me as I rarely look at them, heck the LEDs are mostly wasted on me, so much so I was considering switches that covered them, but decided against this in the end. This means the logo/cover thing doesn’t bother me

The cable sheath, if it frays, can be fixed with a smallish piece of black heatshrink.

The wrist rest, if you don’t want to remove it, could simply have better feet put on it to stop it moving. I haven’t found it moves that much.
Last edited: Sep 19, 2020
K

Post lacquer shininess, now the wait for parts really commences. I lacquered the board because I hear that static can kill LEDs somewhere, and I don’t want to risk it while soldering, probably overkill but this is [H] 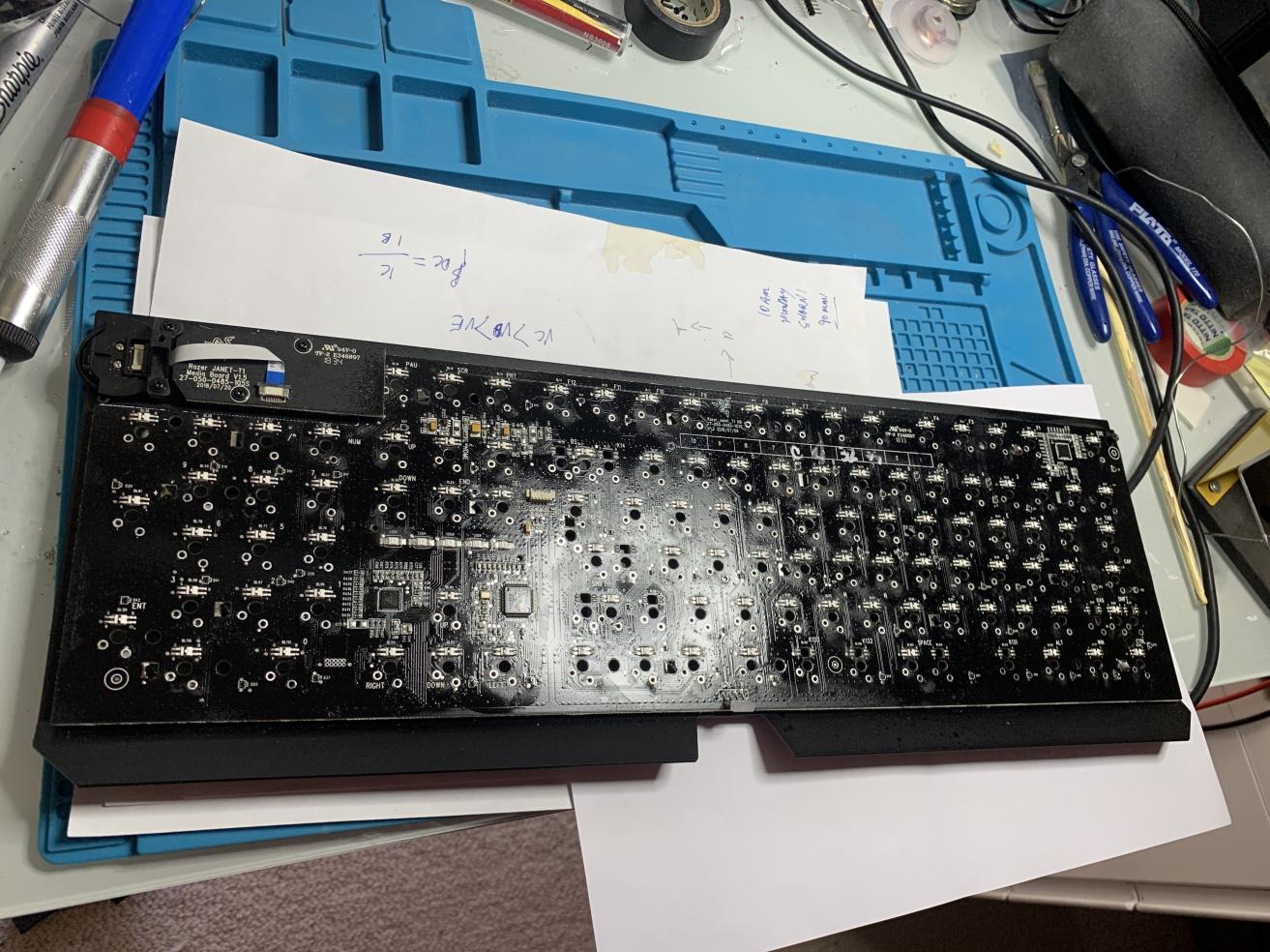 MacLeod said:
I bought one of these several years ago and loved it. So much so that I bought a 2nd one when my kid spilled juice all inside it so I like the idea you had of overhauling your old one. Yeah they got a lot of hate cause, well Razer brings a lot of that on themselves (Synapse, hit/miss QC, high prices) but this was a really good keyboard.
Click to expand...

Overall I can’t complain too much about the QC, I have seen a few design issues on the board that shouldn’t be there, but nothing too horrible.

There are LED pads and holes where there doesn’t need to be. That said, this could provide a certain degree of board flex. Which some people like.

The solder pad on one of the enter keys (the main one) is half cut into an LED hole. No big deal, just annoying soldering it securely.

The daughter card connector for the volume control is probably a little too close to the pause key’s solder points. This means to solder/desolder easily it you really need to take the card out to give yourself room.

In terms of improvements, they could have plated the switch mount holes, and LED holes for no extra cost
Last edited: Sep 20, 2020
K

Switches came today and I finished the project. A few gotchas but nothing big. Very happy with the results 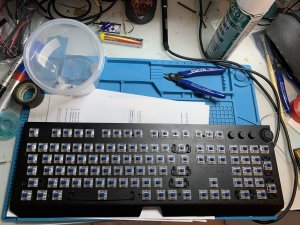 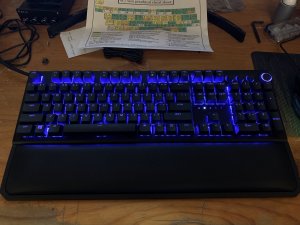