So I had been running a Gigabyte Gaming OC 5700 XT for a bit, but was not pleased with the higher than expected temps, specifically with the hot spot even with stock clocks on more aggressive fan curves. I tried reinstalling the cooler with fresh paste, but temps stayed the same. So on a whim, I asked NewEgg to return it for a replacement, but they had no stock, so I got a refund. Since I needed a new card to try and the Red Devil and Nitro+ were nowhere to be found, I decided to give the THICC a try.

Right off the bat, it was noticeably heavier than the Gigabyte and I'll be honest, it looks pretty damn good. I read that there are some alternate bios's out there, but mine was very quiet so I have not messed with updating yet. I think it maybe the Ultra version that is higher clocked that needs the new bios?

Anyway, with some initial testing, max OC headroom is not much higher than the Gigabyte which I think is expected as these all seem to OC about the same. At 50% power Limit and set to 2125 core, I saw average clock speeds in the 2050-2065Mhz range running TimeSpy Demo. Maybe 20Mhz higher than the Gigabyte, so no real difference there.
https://www.3dmark.com/spy/8580655

But the real difference in the temps. Overclocked to a reasonable 2050/1900 with 30% power limit (hovered at 2000 average in game) and Playing Borderlands 3 for an hour, with fans very quiet at 50%, core temps were averaging 72C core and 88C peak hot spot. Compared to my Gigabyte when with NO OC and 60% fan, the XFX is about 9-10C lower peak hot spot, although the core temps of the XFX are only 3-4C better...but while being a decent amount quieter. Memory and VRM temps are comparable between the two. Saw a peak of 76C VRM and 82C memory.

Not sure if the Gigabyte had a bum heat pipe or what, but I am very pleased with this XFX so far. Performance is not better than the other card, but the lower noise with better temps is what I was looking for.

i would use it for sure...but i kinda wish they put an led or 2 like on some of the older models. Maybe an xfx logo? Its a pretty thick 3 slot cooler lol....got to be half the noise of the blowers models

I love XFX but poor marketing on this one.

I have a reference 5700 XT, and on default settings I've got a junction temp of 99C (FurMark for 5 minutes).

With the latest drivers, and some fan tweaks in Wattman, I've got this down to the mid-80's in game, which is comfortable enough for me.

I know the AIB cards are better, but this is for a mITX rig, and I can't do those huge big duke cards (3 slot would actually fit, but I have limited space around the port slot).
R

primetime said:
i would use it for sure...but i kinda wish they put an led or 2 like on some of the older models. Maybe an xfx logo? Its a pretty thick 3 slot cooler lol....got to be half the noise of the blowers models

I'm glad they don't put LEDs on, it does nothing for me personally and just adds costs for no increase in performance or efficiency. I have 6 desktops and I think one fan with an LED that came with the case that I didn't bother to remove. I may be the exception though
O

I just picked one up for 399, came with 3 months of xbox game pass, and a game choice of either borderlands 3 or something else. XFX is also sending a $20 Amazon gift card if I leave a review on the business's sight I bought it from, so the purchase price of the card is really around $300 all said and done.

I kinda bought it on a whim, wanting to check out what AMD could offer nowadays and when I've gone back and looked over benchmarks, it's eerily similar to 2070 super across the board. Trading some shots, but essentially offering an identical experience for 100 bucks less.4

I'd have to say I'm really loving this card so far. I just got a used 27" 1440p ACER 144hz with freesync in perfect condition to pair with it last night and it's a remarkable combination.

Unless you're planning on only gaming in 4k, this is pretty much the only card that matters right now.

Nice deal. Sounds like you made a good choice.

Didn't the "THICC" have some pretty unfavorable reviews all around?

So I plugged in 2125 and netted my best score ever. Temps stayed completely in-line. Which shocked me from the reference cooler, even though I did liquid metal it and give a beefy fan curve. 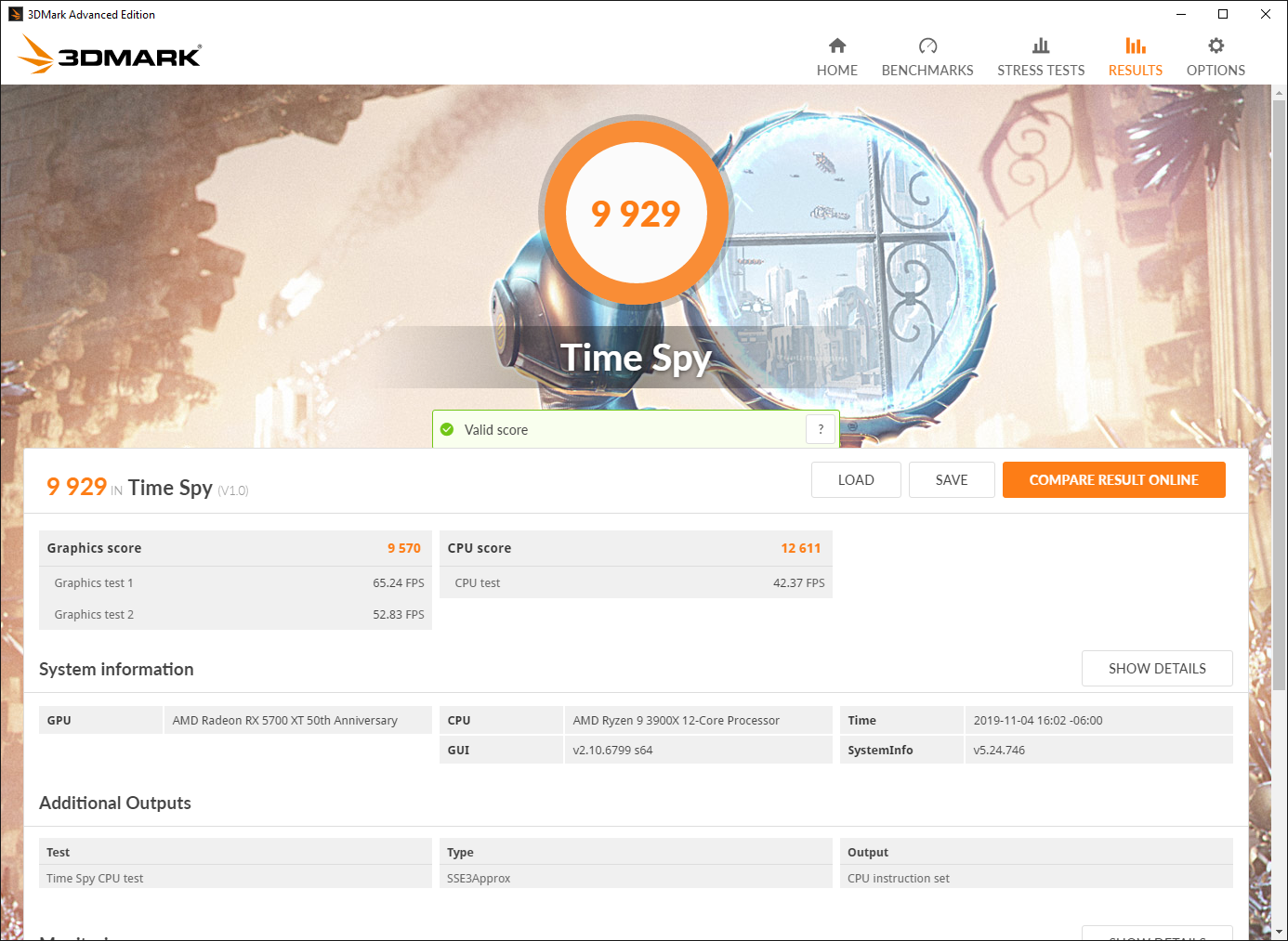 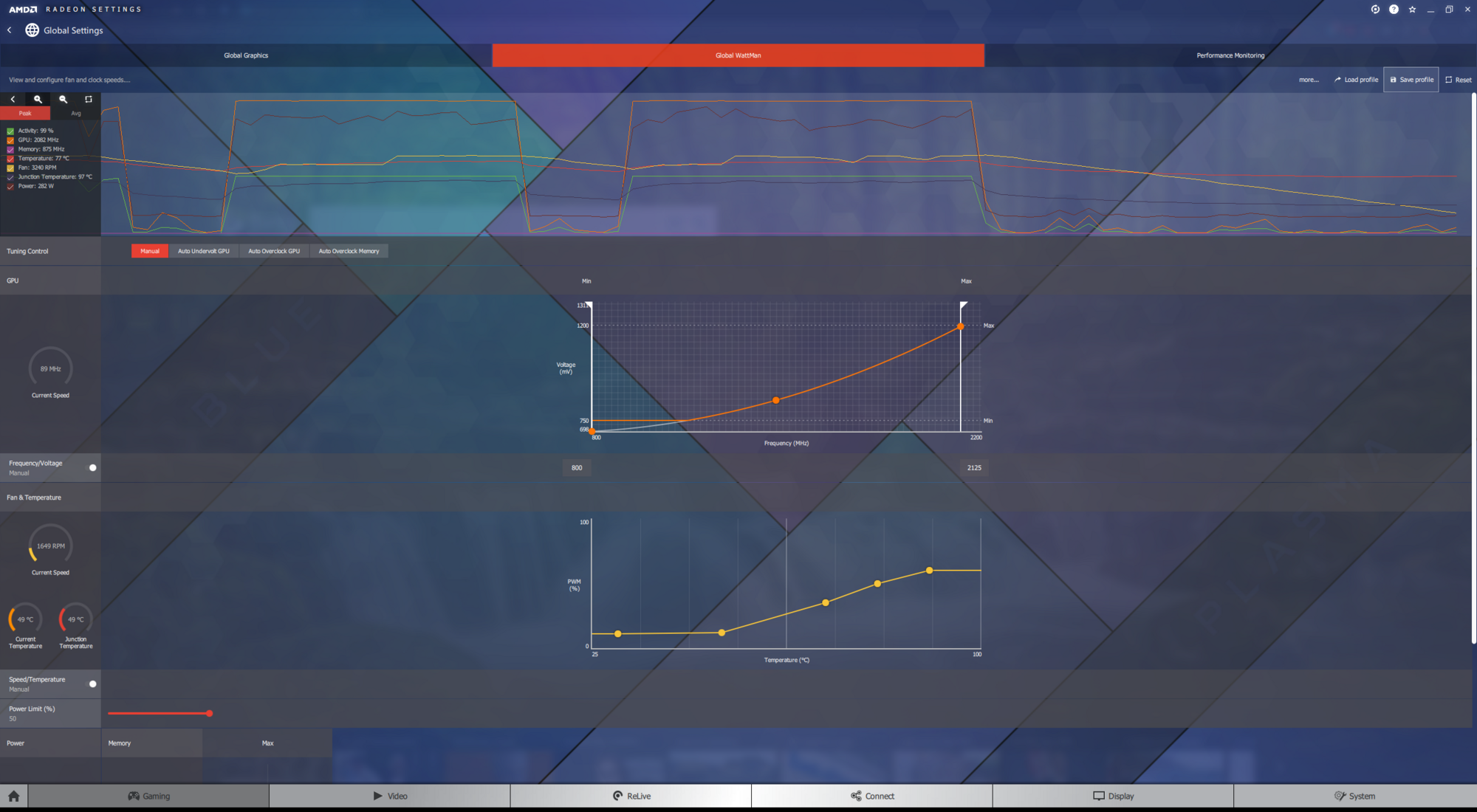 Auer said:
Didn't the "THICC" have some pretty unfavorable reviews all around?
Click to expand...

Yeah they had shitty steel 'nothing spreader' and pads, now replaced by copper and all existing cards free upgrade to copper spreader...
E

I have the 5700XT RAW 2 model and seemed to run cool (sub 80s) and quiet. Though I set Auto Undervolt in wattman so keeping power usage around ~200w max. The only negative I had so far is initial experience was bad as I had constant black screen flickers after installing. Glad I checked here and found that was fixed by disabling MSI afterburner.

Yeah, steve tore it a new asshole on gamersnexus, but it runs quiet, have yet to hear it over my cpu pump fan (which honestly isn't loud), came stock at 2000 boost in game, and hasn't given me an issue yet to complain. I put about 6 straight hours on it tonight at 99% load and never heard the fans whirl up so they must have been under 50 the whole time. Can't wait to see what big navi can do, even double the cores would shred.

UPDATE:
I just received the updated cooler for my THICC II from XFX. They sent it out free of charge. I honestly am very pleased with XFX's efforts and they offered no resistance in providing me with the updated cooler.

A quick inspection and the coolers are largely the same, with the primary difference of the cooler using copper for the sections that make contact with the memory. I was not expecting much, however there is a slight, but notable improvement in cooling across the board.

I was expecting the better memory temps, but it was interesting that the Edge and Junction Temperatures were slightly better as well. They did provide new screws, so maybe I am getting better pressure or maybe there is more even contact? Either way, I cannot complain.