We wanted to put together a quick overview about what Precision Boost 2 and XFR2 are NOT about. It seems that slides leaked, and faked, earlier in the 2nd generation Ryzen's development have clouded some people's understanding on what features are included, but more important which features are not.

On a serious note, i've seen mentions of PBO in the most recent Gigabyte BIOS discussions over at the official US forums, including specific BIOS versions that supposedly introduced it, subsequent ones that are now deemed 'more stable' and so on; will admit i took that for a fact as i conflated it with Asus' UEFI's similar PB2 "+"(?) functions. I thought Gigabyte's PBO was Asus' equivalent of stages (3) and (4).
My PSU is arriving tomorrow, will finally be able to have a look for myself. Am now curious to see how Gigabyte has branded their version of PB2 "+".
Last edited: May 1, 2018
A

I just have to say that Gigabyte seems to lock their XFR2 + PBO on X370 to 140W. It could also be my air cooling limit though.

In most usage even with cores or a whole CCX turned off it seems for my chip it hits the EDC limit first.

That's a bit low, what cooling are you employing? Oh, sorry, and which 370 mobo?

As to the latter, i have a lab rat for all of this, so starting tomorrow i can do what i never do, play around with multiple BIOSes, lol. What i want to see (as you've already answered one part, they do brand it as PBO) is the voltages; most giga AM4 boards are overboard even at stock settings. I have a lot of love for that company, but recently they've made me start looking elsewhere; looking, not heading, but.. definitely looking.
If/when you have empirical data to show, by all means do post, always helps to compare.

From what I have seen, the Precision Boost profile that are "beyond" stock all feel like just preset overclocking profiles that are not actually using XFR2. Getting to the MSI board next.

Thanks for the ongoing education about current and even forthcoming AMD tech/features.

What I really want to know, does this go to 11? 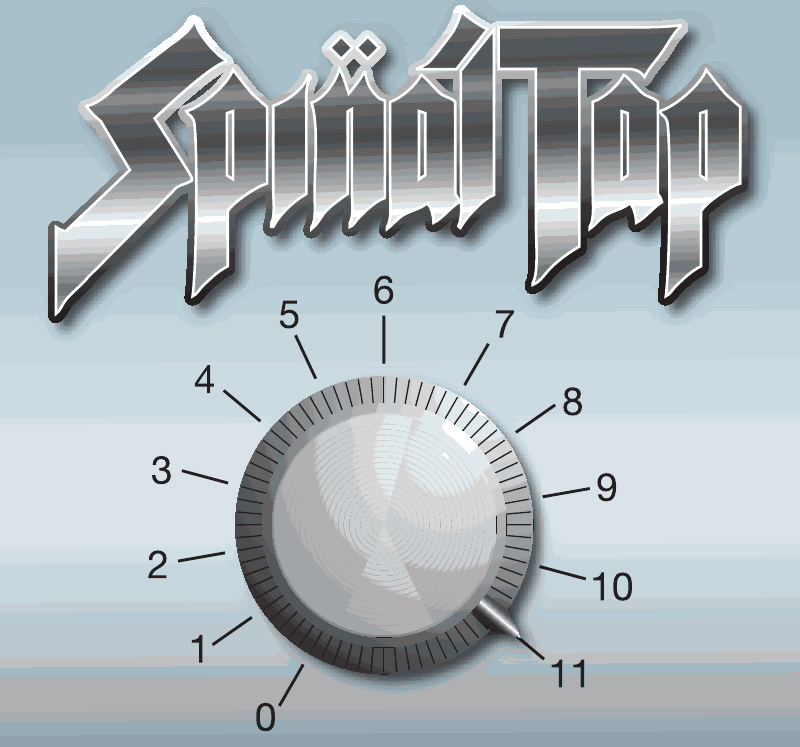 ACC said:
By the way can you do a measurement at the socket for each board? It seems that the software readings are completely off for X470.

dinos22 on youtube measured the Gigabyte x470 G7 and when it is 1.45V in software it is 1.4V at socket. 1.4 manual volts with turbo/extreme still are below 1.4V under load measured by Fluke multimeter at the socket. I suspect the SuperIO sensors aren't fast enough.

No. If I spent my life verifying Youtubers and correcting them, that is all I would do.

Unrelated to correcting Youtubers but pertinent to any Gigabyte mobo discussion, for those who don't know, dinos and sophos are two people whose word you can just take; for whatever they told you. Apart from no known incidents when they were (later) proven wrong, and that's rare, they're really helpful. They've also helped me personally with an X99 Designare; they're on the good side, kind of folks we need more of.
This isn't a comment on their Youtube stuff, as i don't watch it, lol. This is heads-up in case your google-ing leads you to some of their posts.
N

This article gave me Enhanced Confusion

What about the non X chips? Older X370/B350 motherboards without bios updates?

Is the new PB2 and XFR supported in Linux? More a curiosity than anything else since looking at trying out Linux again.
C

I'm confused.. I have seen many videos of PBO working on asus and gigabyte mobo's. There is an option to enable it in the bios. So this isn't truly PBO working?

Copyright said:
I'm confused.. I have seen many videos of PBO working on asus and gigabyte mobo's. There is an option to enable it in the bios. So this isn't truly PBO working?
Click to expand...

It is the board builders' own adaptations of PBO. It is NOT an official AMD feature at this time.
S

My guess is the bpo people are seeing in bios currently is a modified WiP version amd gave out to the manufactures for testing and they just kept it there. I'd expect amd's finalized version to be more refined.

Rocky12345 said:
I have a question these features you speak of are they not part of what AMD was yelling about as new and improved features in Zen+ CPU's how can they not have them enabled on launch day since they were screaming at the top of their lungs about these features in all of the slides and press events it seems a bit odd that the feaures are not working.

Edited:
I was not questioning you personally on if you were right or wrong. I was questioning as to why AMD would go on and on about these features before launch only to maybe or maybe not enable them in the future seems a bit deceptive to me if they do not fulfill on those promises.
Click to expand...

You might need to read the article you are commenting on here. AMD had never mentioned PB OVERDRIVE or XRF2 ENHANCED publicly as part of the launch. PB2+ and XFR2, they have. I explained this fully at the link below.

I enabled PBO (Gigabytes options) and it did run the cores harder but also was showing 1.5V+ in Ryzen Master. I turned it back off.. extra heat meant extra noise which was annoying. After this I updated my firmware and now notice my chip no longer boosts to 4.35 like it did before.. curious now if I damaged it.
N

Copyright said:
I enabled PBO (Gigabytes options) and it did run the cores harder but also was showing 1.5V+ in Ryzen Master. I turned it back off.. extra heat meant extra noise which was annoying. After this I updated my firmware and now notice my chip no longer boosts to 4.35 like it did before.. curious now if I damaged it.
Click to expand...

1.5 for a few cores for short period of time Should not hurt your cpu. I had over 1.8v on my first 1700x all the into Windows, until it shutdown which I then discovered going into the bios. In this case it did damage the cpu, I can no longer go above 1.4v now with or use XFR. Still it has been going 24/7 for the last 7 months at 3.4ghz mining at around 70% cpu usage without issue at lower voltages and clock speeds.
You must log in or register to reply here.