I recently took advantage of the large markdown on Steam for Batman Arkham Knight. As much as I wanted to get the game earlier, I was boycotting it due to all the issues the PC release had. So far it seems their fixes have done quite a bit to make the game worthy to own, at least if you have a beefy PC. It certainly doesn't play at as high of a frame rate as the older Arkham games, but the graphics have certainly been improved over the prior as well. The gameplay itself, so far, has been just as (if not more) enjoyable than the previous releases.

Below you will see roughly about 40-45 minutes of an hour plus gaming session I had playing Arkham Knight. The game was running at full screen, 4K, with just about every setting turned up to the highest and every Gameworks feature turned on. The only setting I left off was anti-aliasing since I don't feel I need it when playing at 4K. The video card is a Nvidia GTX 1080 FE OC'd to a power limit of 120%, temp limit to 83C, core overclock custom curve of +142MHz, memory overclock +400MHz, and custom fan profile set to a near 1:1 ratio of temp to fan speed %. The rest of the PC specs can be seen in my signature. I will say just turning off interactive smoke/fog and debris allows the game to run at near 60fps (my set cap and refresh rate cap) the whole time (it's a performance hog, but pretty). Enjoy! 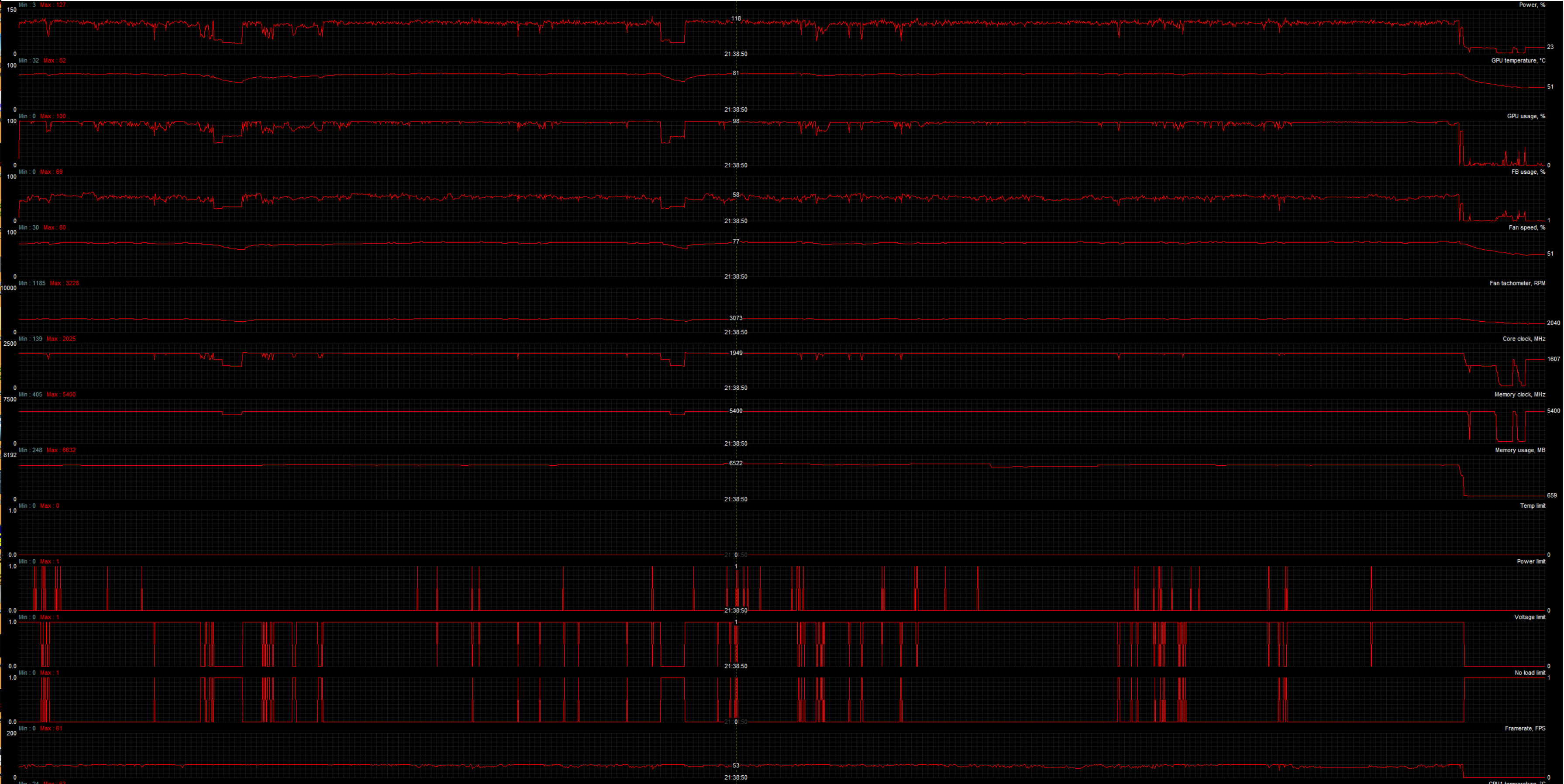 53 fps average? Sounds like it needs a Titan X
N

I say that is pretty good especially if GSync. For me FreeSync made 4K gaming possible with more games than I had imagine I could play with max to almost max settings.
V

noko said:
I say that is pretty good especially if GSync. For me FreeSync made 4K gaming possible with more games than I had imagine I could play with max to almost max settings.
Click to expand...

Yes, I do have a 4K G-sync monitor and G-sync is enabled. It does make a huge difference.

On a similar note, the Arkham games, while looking great at max framerate, don't seem to require max framerates in order to enjoy the gaming experience (whereas FPS tend to be a little more demanding of that requirement). Also of great importance, the game very rarely dipped to lower frame rates, and when it did it would usually be doing so during transitions and some cinematic scenes.
V

Naa, I'm good. I'm pretty happy with its performance so far. Turning off the interactive smoke/fog just about maxes out my framerate, but I'll leave it on for now since the current framerate is quite smooth and playable, especially with G-sync enabled. I'd rather put a little extra investment towards cooling down my GTX 1080, which sits in a SFF case. As it is currently overclocked, it likes to start out as high as ~2,050 MHz (depending on the application), but the heat causes it to clock down. With Arkham Knight, my speed seems to settle around 1,949MHz. If I was able to cool down the card a little more by getting a fan to blow on the intake and replacing the thermal paste with my Gelid GC-3 Extreme, that might help keep my clock speeds up.
T

Sounds to me like most Pascal cards clock the same. I had an eVGA 1080 FE and it would go to 2025 then sit at mid 1900s, now with my Titan XP it does the same thing, as does your 1080 FE. I bet even with a chilled water block loop and extra voltage MOST 1080s and Titans would get about 2100 stable. I dont have much experience with the 1070s but im willing to bet they clock they same too. Pascal clocks well, but 2100 seems to be the wall and with most people 1950ish in game is what you can expect.
You must log in or register to reply here.
Share:
Reddit Pinterest Tumblr WhatsApp Email Share Link
Top