Tariff? I thought a spiffy term would be used like “freedom fees” or “patriot tax”.
D

Derangel said:
Its not "too expensive" its prohibitively expensive. As in, it is impossible for small companies to make limited run items like that in the US. Also, cut the hogwash about this being the fault of "people wanting stuff as cheap as possible". It was 100% the fault of companies wanting to move to places with less standards and cheaper labor in order to dramatically increase profits. No one was saying "we want to exploit the county that hates us in order to get cheaper prices". If jobs had stayed in the US corporations would have been forced, long ago, to ensure wages kept up with inflation in order to allow people to buy their shit.
Click to expand...

But we do say that... every time we buy something "made in china" that costs less... We just don't think about it, at least at the time the decision is made (or we qualify it).

It's not "hogwash", it's that people generally don't think beyond comparing $A with features A to $B with features B. Most do not consider the other costs/values of the price (like employee treatment).

Companies just follow suit (just like politicians), they know most at the end of the day don't give a rats ass about anything other than what is in front of their face. IF there WAS big demand from the consumer for "made in america" or fair employee treatment companies WOULD adjust.

You see it happen every now again (Apple is a limited example)... Where enough stink kicks up and a company adjusts (based on a number of factors).

I will certainly agree a company will do what ever it can to get away with what ever it can to increase profits but that is sorta required in the current capitalist, public company system we have setup (in US). It puts the onus on us the consumer to dictate with our wallets. This is also the reason why it baffles me people think companies (at least public ones) should have ANY access to government representation (lobby, election donations etc). Since by definition we already know what any company will do in most situations (what ever makes them/shareholders the most money).
G

Quick, deal 'em before they come in and bust us.
S

For those who claim that "US" corporations are hurting or will be hurting if asked to pay living wages, consider these charts. Although they're a little dated, the trends speak for themselves. 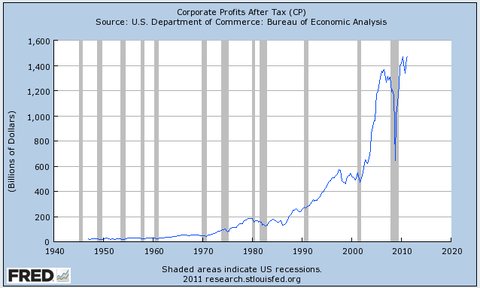 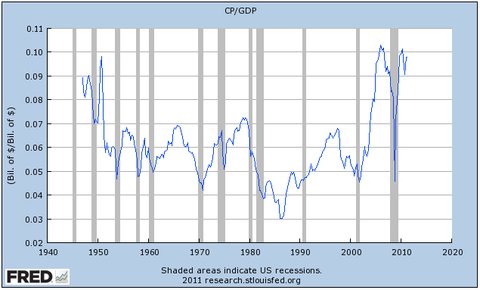 wages as percent of economy 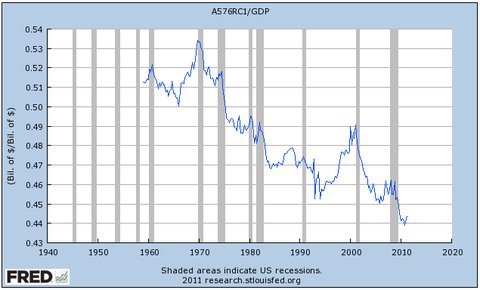 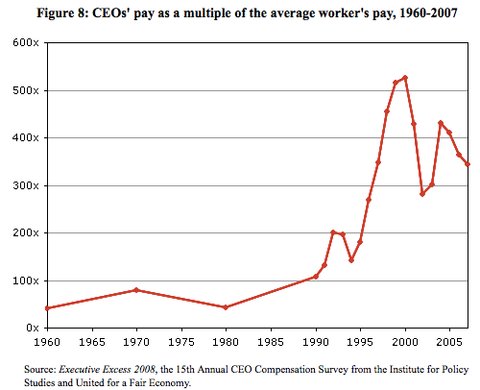 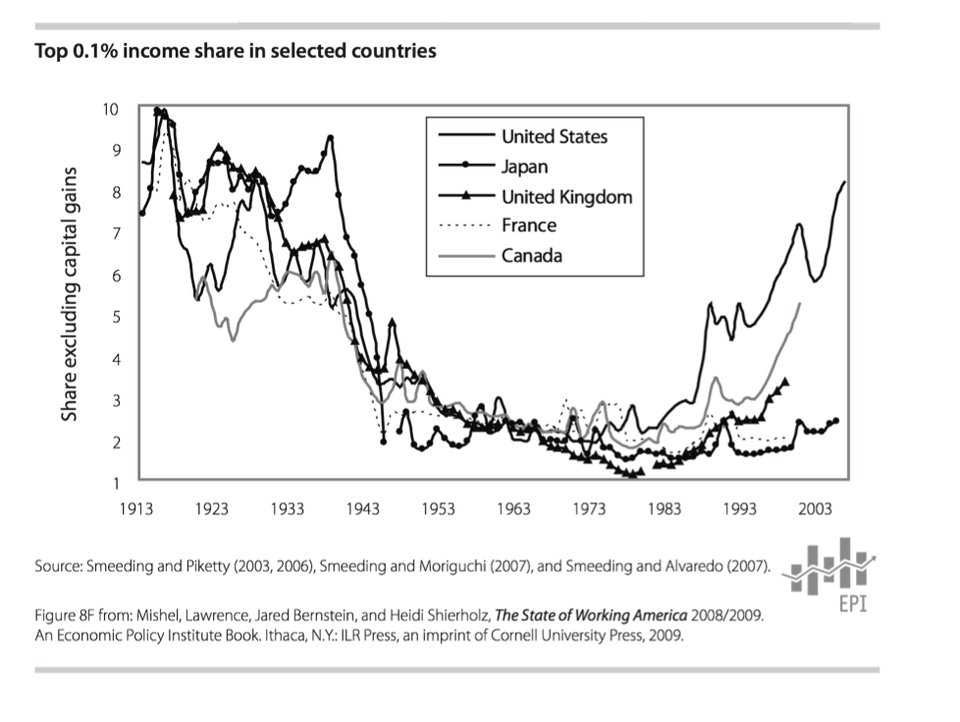 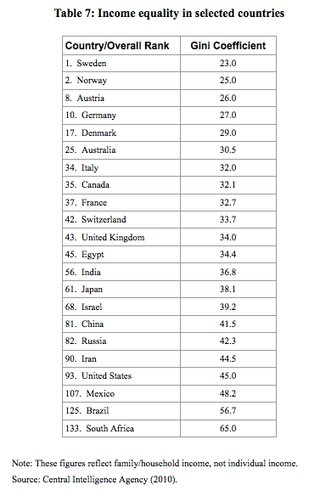 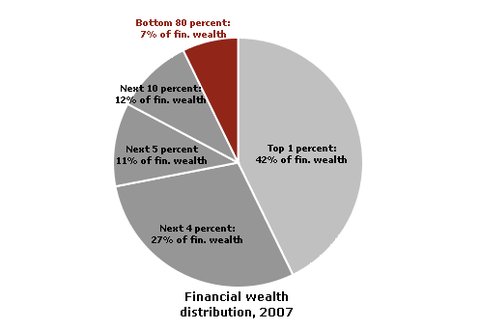 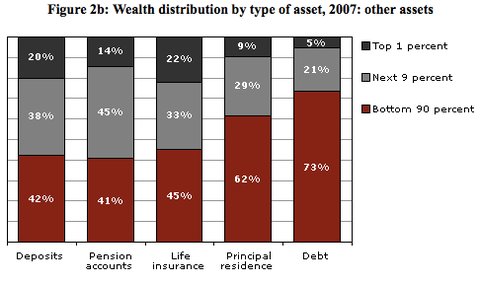 Looking at this data it's clear that corporations and the wealthy class they exist for aren't merely doing well. I didn't even get into the massive tax dodging by massive corporations nor the massive giveaways to the banksters. People claim these parasites will pack up and leave. Oh, really? There are clearly methods to disincentivize that without giving them even more of an outsized chunk of our resources.

The data also exposes the massive lie that having corporations pay a living wage will impoverish the masses. The masses aren't being well-compensated already and corporations are raking it in.
M

Zion Halcyon said:
As I said before, those jobs you are saying won't come back to the US aren't just on their way back - THEY ARE ALREADY HERE.

Anyone, ANYONE who says manufacturing jobs won't be coming back to the US when steel plants are reopening, coal miners are back to work, and jobs and job projections in manufacturing and energy in the US are through the roof beating all estimates is essentially showing their underbelly, ripping off their mask, and showing their true self. The Jobs are already here in the US, and they are also growing. Foreign companies like Foxconn are investing in the US even as some politicians who benefited from the old way of doing things are attempting to stop them. To deny this is to deny reality.

Which means the people who keep saying jobs that are already here "won't come back" are either ignorant, stupid, or ACTIVELY engaging in DISINFORMATION. The jobs ARE back. And Energy and Manufacture are two of the largest job growth sectors right now in the US. Not just talking about lying sacks of shit in the media spouting talking points. I'm talking first hand information - people I know who work in those areas talking about long-inactive steel and aluminum plants being fired back up and reopened, coal miners talking about being able to go back to work again, about how a lot of the bullshit red tape that pushed them out of business is being removed, and they are able to make a good living again.

So yeah. Anyone, ANYONE who says "the jobs won't come back" either needs their head examined....or their background....
Click to expand...

I wish that was true everywhere. They just permanently shutdown the steel mill in my town. Once the furnace’s cool, they basically have to be rebuilt, the linings crack. And that’s a huge expensive undertaking.

Ironically, back in the 90’s a Chinese delegation from their steel industry toured this plant. They stayed in the area a while, my mother in law had them over for dinner, they appreciated her hospitality, and invited my wife and her best friend to China. She spent over two months there living with a Chinese family that had been part of the delegation.

They treated her very well, and I have nothing against the Chinese people. It’s just a damn shame everything is going to Hell like this.
U

The shit show is just starting.
This is how it felt for me, and now the number are showing up.
We as a nation been watching too many super hero movies.. we can do everything, slap everyone around, AND be stronger for it!.. or so we think...
Reality is we have, and continue to abuse our position. We are also pissing away trade policies that roughly in the long run do keep peace and mayor wars away.
That is my biggest fear with this China bullshit. Trade and diplomacy.. slow, shitty sometimes.. maybe dirty with spying and shit... A regression here and there.. anything better than full spectrum full blown war. That is what you risk then you piss all over the place and start to truly destroy ties.
Last edited: Jun 5, 2019
You must log in or register to reply here.
Share:
Reddit Pinterest Tumblr WhatsApp Email Share Link
Top